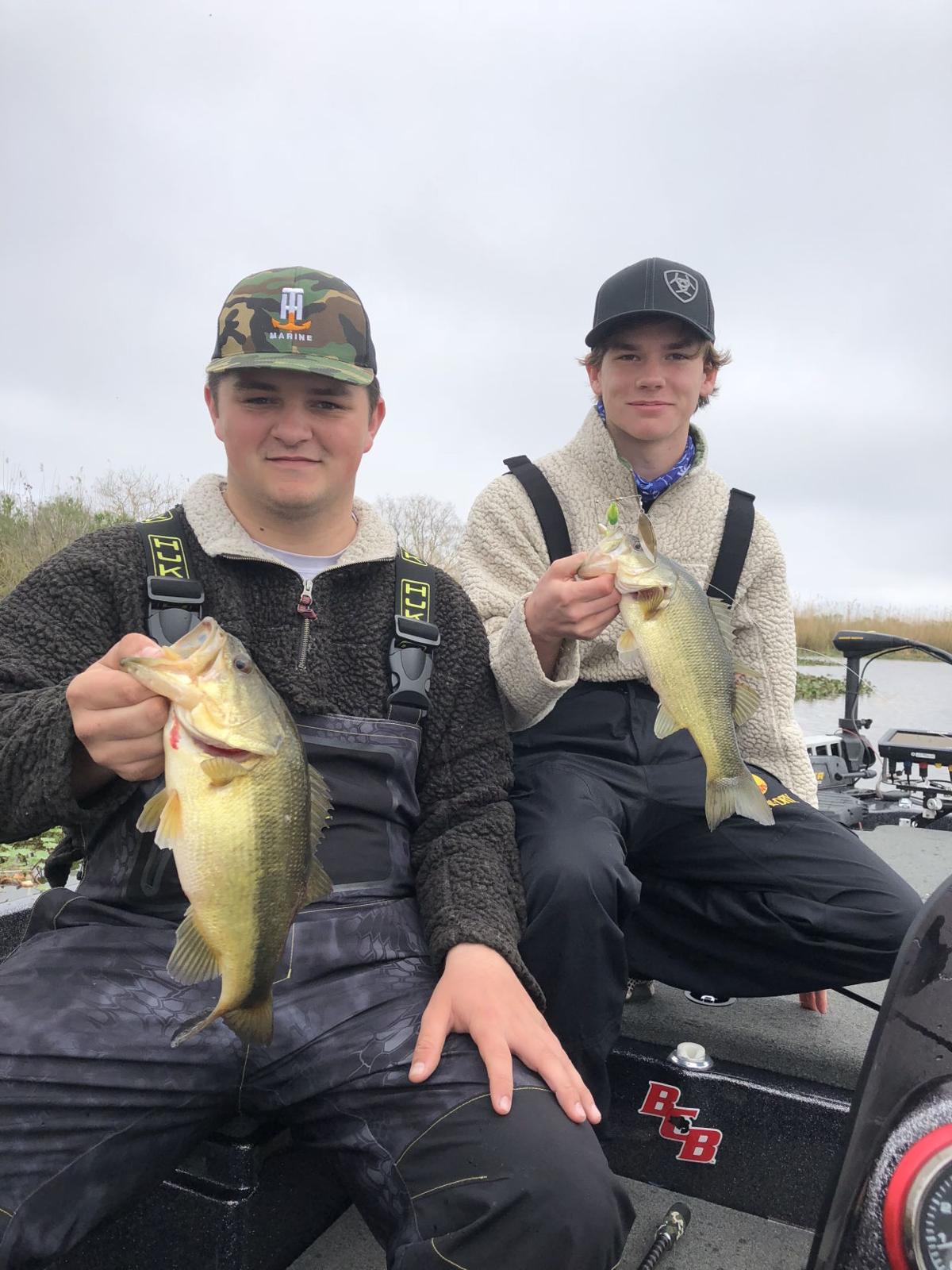 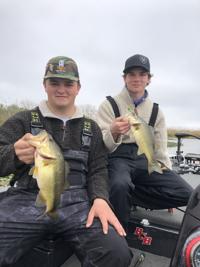 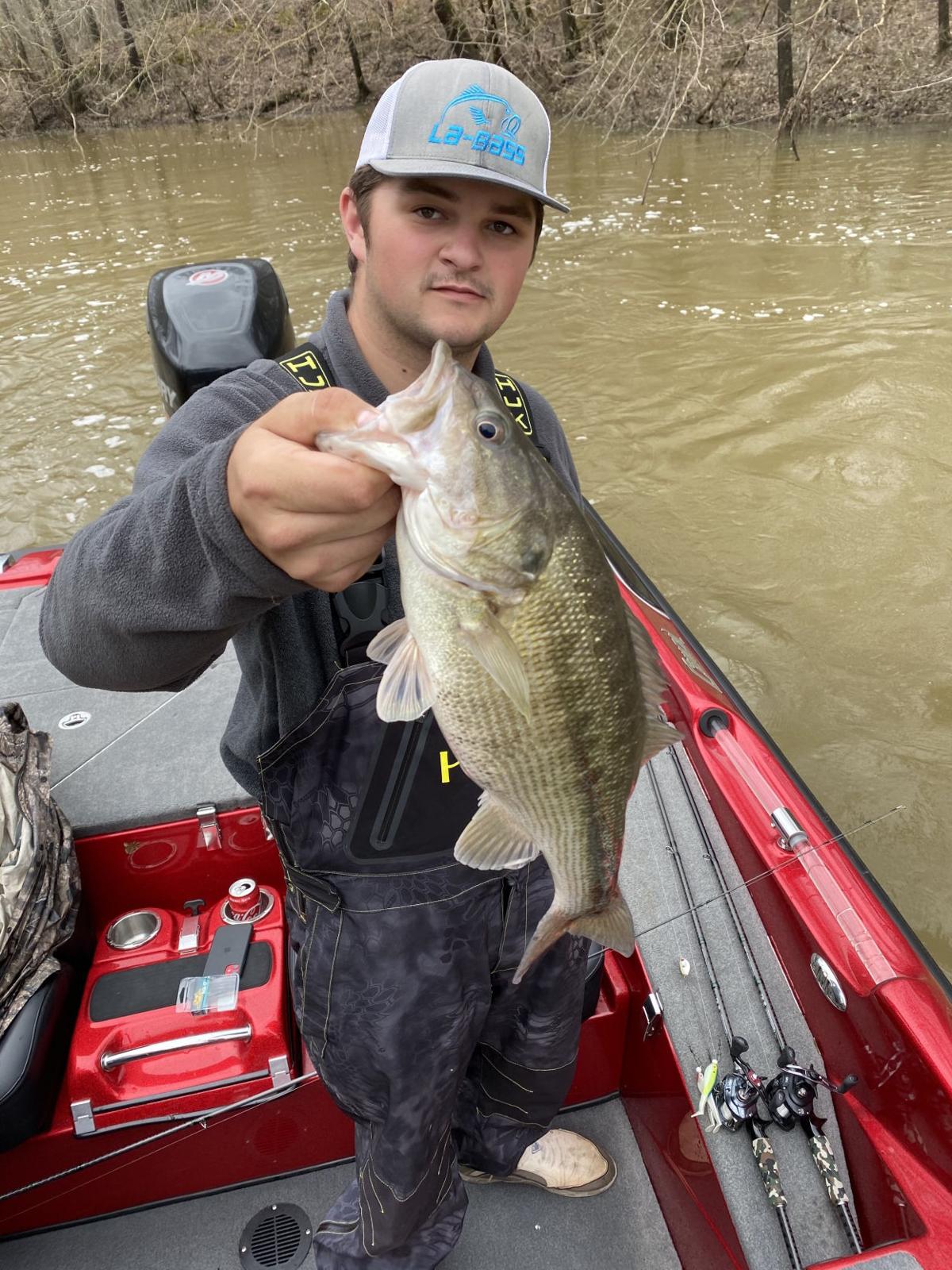 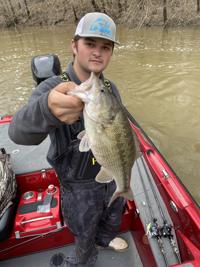 A day before some national touring pro bass fishermen stands in front of a roaring crowd holding the Bassmaster Classic trophy — and thinking how the $300,000 first-place money will help his family and further his career — two among some 24 high school bass fishermen will have their young dreams come true, too.

Colby Badeaux and Tyler Jordan are two of them.

The stepbrothers are on the water of Lay Lake in Alabama this week. It’s an effort with their dad-stepfather Shane Badeaux to unlock the secrets of 12,000-acre Coosa River reservoir in advance of Saturday’s Bassmaster High School Classic. They qualified to “be in that number” with a win in a national high school tournament in March of 2019 on Lake Hartwell, a reservoir on the South Carolina-Georgia border.

Colby and his dad have been on the water since Friday.

“We’re catching a bunch of spotted bass,” Colby Badeaux said Tuesday after getting off the water and waiting for Jordan and his mom to arrive in Birmingham.

While this week’s 53 pro anglers are competing on Lake Guntersville from Friday through Sunday for the Bassmaster Classic title and the prestige that goes with the Classic title, the high school qualifiers will take a much shorter ride from Birmingham to Lay Lake.

The reservoir has been the site of previous classics, and those pretournament scouting reports always went something like this: the key is to target large spotted bass and after getting five solid “spots” in the livewell, to go after a “kicker” largemouth to add weight to what, hopefully, was a winning catch.

“We’re catching some pretty big spotted bass, too,” Colby said. “We’re trying to do that, to get a pattern.”

“I don’t think the fish will change in that area,” he said.

The way these young fishermen compete is unique. Shane is allowed in the boat. He’s the “captain,” and is allowed to give advice and make sure safety is a top priority on the water.

Shane Badeaux said he’s also getting to know the lay of Lay.

“I talked to some of the local (fishermen) and they’ve told me 17 to 18 pounds (five bass) is winning in the 100-boat local tournaments,” the elder Badeaux said. “From what I’ve seen there’s a lot of fresh rainwater in the lake, and more is coming.”

Alabama Power is in charge of the hydroelectric dam that makes the reservoir and Shane Badeaux said they are “pulling water down as it's coming in,” which translates into stable water levels for Saturday’s one-day fish-off.

The stepbrothers have been fishing together for the Live Oak team for near two years ever since Jordan entered his freshman year.

Colby is the veteran having joined the Junior Southwest Bassmasters, the Denham Springs-based youth fishing club, since he was 7 years old.

“Colby has won tournaments at every age group in Junior Southwest Bassmasters,” Shane Badeaux said. “They’re good fishermen. I’m expecting them to have a shot at winning.”

The teams will be off the water in the early afternoon Saturday, then make their way back to the Birmingham-Jefferson Convention Center for the weigh-in just minutes before the Bassmaster Classic field returns from Guntersville for their high-energy weigh-in.

“This is something I’ve looked forward to doing,” Colby Badeaux said. “This is going to be exciting.”

Ensminger is a Junior Southwest Bassmaster alumnus and he and Andrews compete for Southeastern Louisiana. The win qualifies them for this summer’s BASS Nation National Championship.

LSU’s Jordan Davenport and Heath Pinell were second with 14.19 pounds.