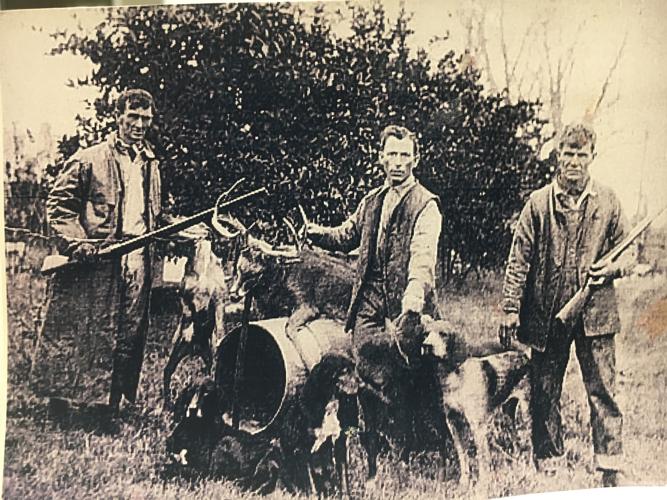 South Louisiana deer hunters were well accustomed to using dogs to take deer. This photo from the early 1930s shows a giant buck taken from the swamps by, from left, Ben Falcon, Louis Dinino and Cleve Simoneaux. 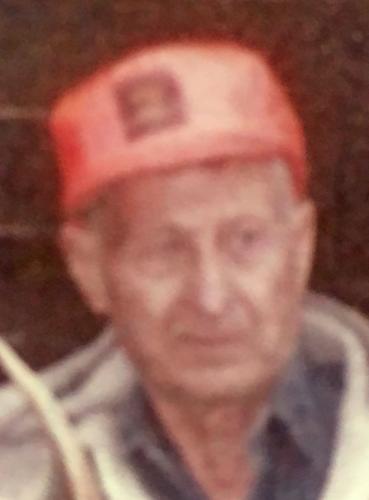 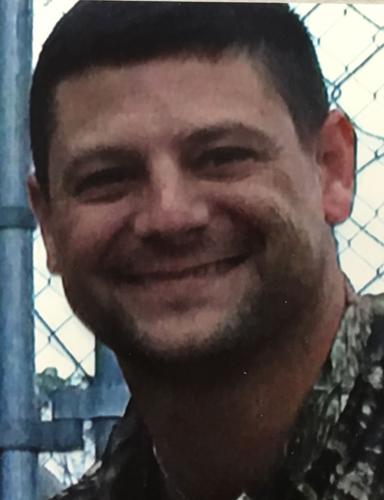 South Louisiana deer hunters were well accustomed to using dogs to take deer. This photo from the early 1930s shows a giant buck taken from the swamps by, from left, Ben Falcon, Louis Dinino and Cleve Simoneaux.

Saturday continued a tradition so strong in hundreds of south Louisiana families that the celebration surrounding the first day of "dog" season rivals the Fourth of July and Mardi Gras.

"It started with my grandpa, Louis, and it's remained strong for lots of us," Jeff Dinino said days before their pack of deer dogs were turned loose in the swamps in St. James Parish.

It's a practice as old as the first European settlers, who left stalking deer to northern woodsmen and pioneers and knew the value of dogs when it came to filling larders with meat.

While a man's sporting pride lay in a pack of beagles to chase rabbits, and although there remains pockets of folks with prized coon dogs, when it comes to "dog" hunting today's hunters use dogs to shake whitetail deer from their lairs in the deepest south Louisiana swamps and from the most dense brier patches and thickets known to man.

And other than a brief firestorm caused when rabbit hunters believed extended deer seasons were squeezing them from their hunting seasons, there has been no bigger hunting issue in Louisiana during the past 25 years than hunting deer with dogs.

The U.S. Forest Service threw dog hunters off the hundreds of thousands of north and central Louisiana acreage taken in by the Kisatchie National Forest, and hunters continue to fight that ban.

And while hunters along the Mississippi River and in the south and south-central parishes have near 40 days of hunting with dogs, it's a far cry from as much as 70 days of a "with or without dogs" deer season.

For us," Jeff Dinino said, "it's old school. We're in five generations now with my grandpa, my dad Steve, then my son Jeff Jr. and now my grandson Peyton. And the best part is that Peyton looks like he's enjoying it as much as we did when we were his age. He said he can't wait until he's old enough to take his first buck."

Dinino lives on the west bank of Ascension Parish, and when he was growing up, there were dozens of clubs raising, feeding, training and running dogs in the swamps from the Atchafalaya Basin, to those adjacent to the Mississippi River and the swamps surrounding Lakes Maurepas and Pontchartrain.

"You didn't leave the house without your hip boots, and there were days when we were breaking ice to get into the swamps," Dinino said. "That was the kind of hunting it was. It was a pleasure to set out standers, and you had guys to drive the dogs, and there was no better sound than when the dogs 'hit' on a big buck.

"And there are some of us left who want to see it continue," he said.

There's no question the sport is dying elsewhere, mostly in the upland areas where large tracts of land stood a half century ago — and landowners leased or allowed dog hunters to use the acreage — but successions have divided those holdings into smaller plots with owners banning the practice.

"We are lucky. We still have places to hunt, to turn out the dogs and continue a tradition in our family," Dinino said. "It won't be long before we will get into the '30s (2030), and that'll mean our family will have been in the swamp for 100 years and using dogs the way it was done a long, long time ago."