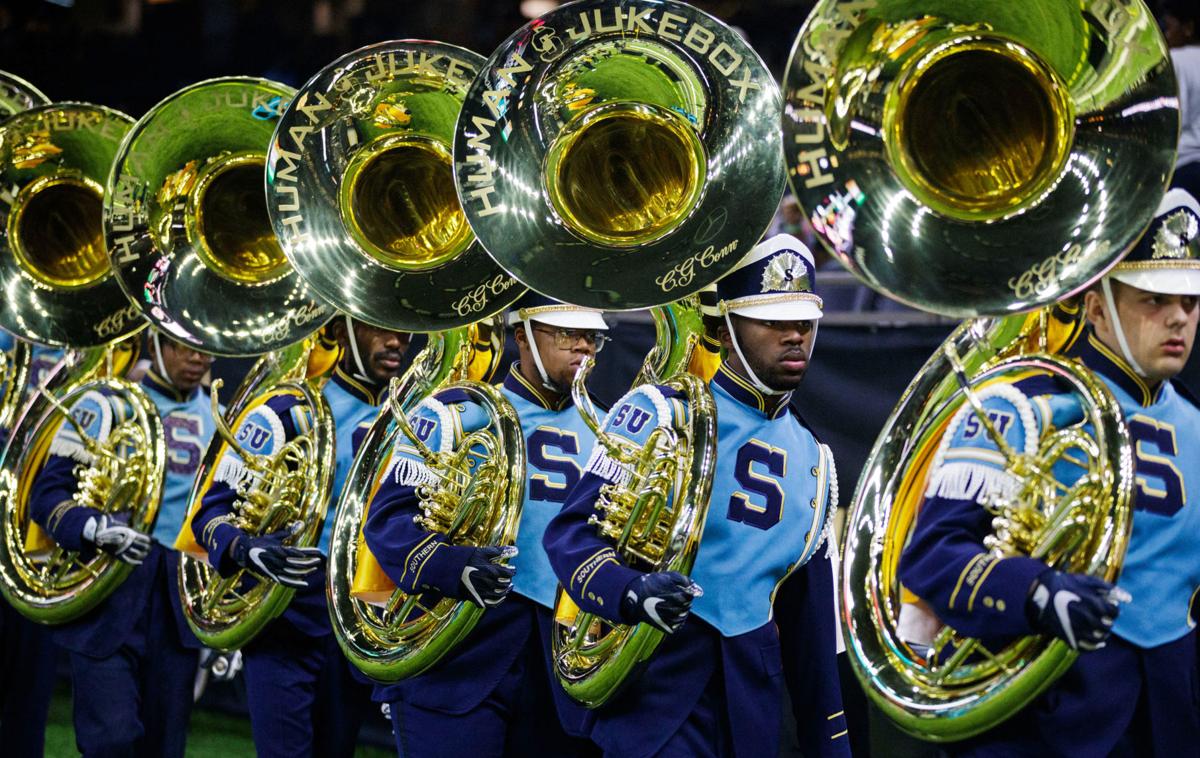 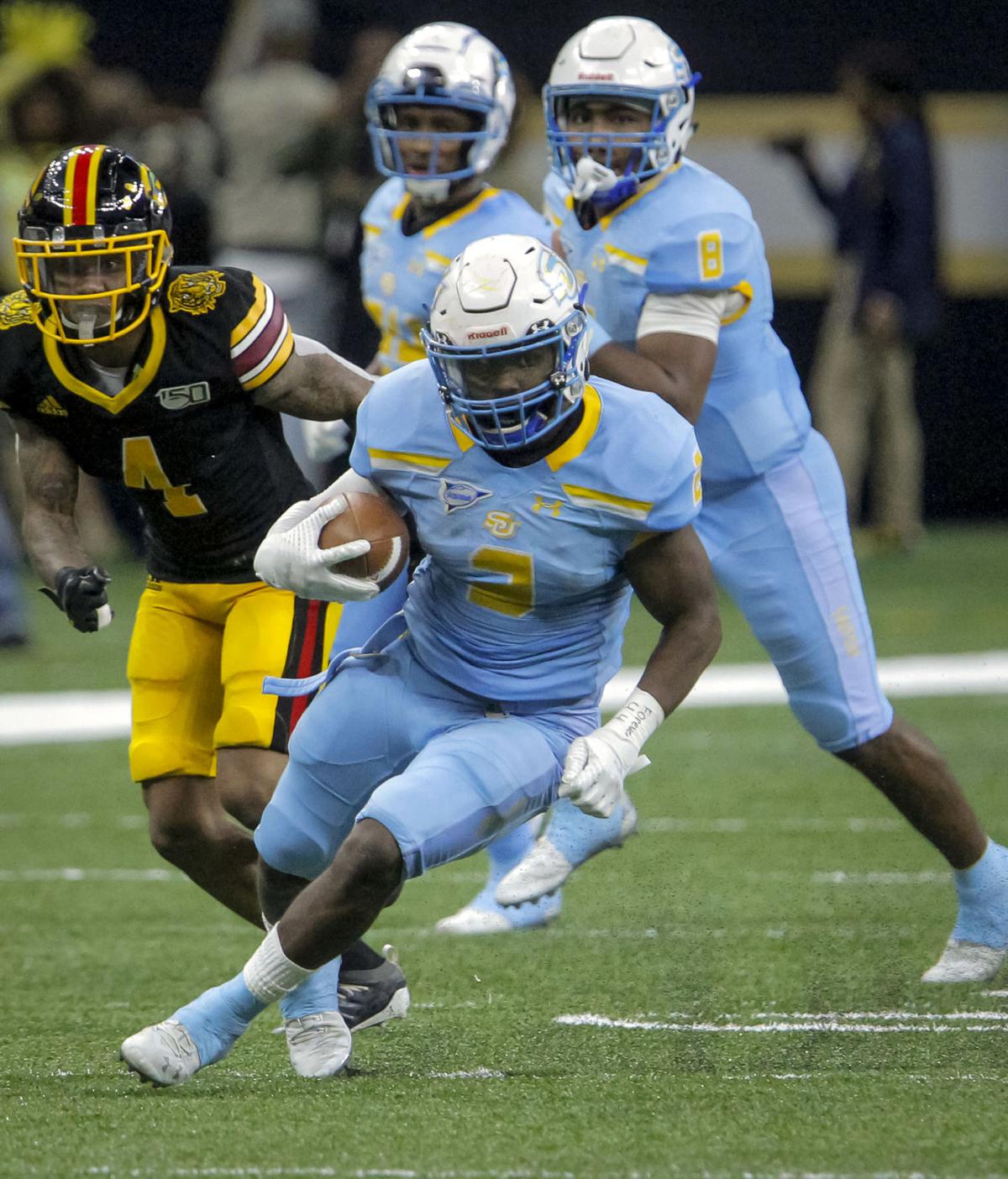 Southern running back Devon Benn (2) gets past Grambling defensive back Damien Crumitie (4) during the second half of the 46th Annual Bayou Classic at the Mercedes-Benz Superdome in New Orleans Saturday, Nov. 30, 2019. Southern won 30-28. 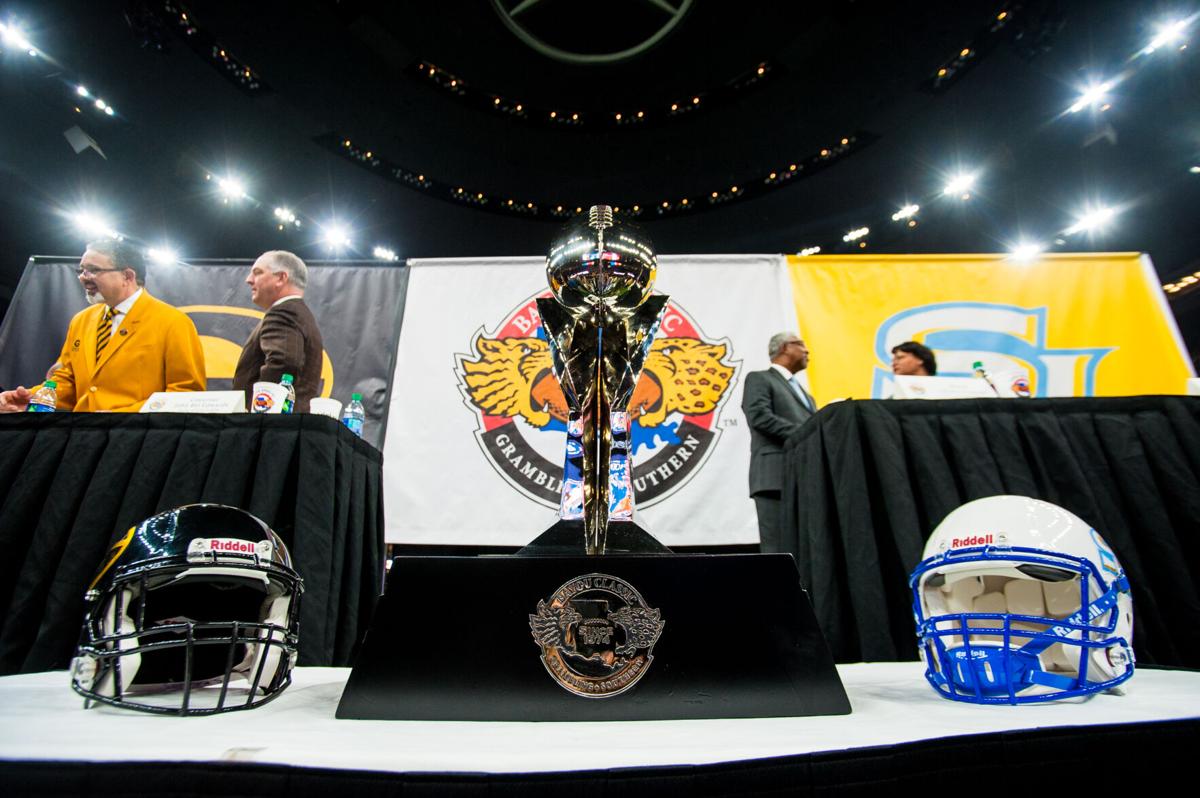 The Bayou Classic trophy sits at the Mercedes-Benz Superdome on Nov. 19, 2018. 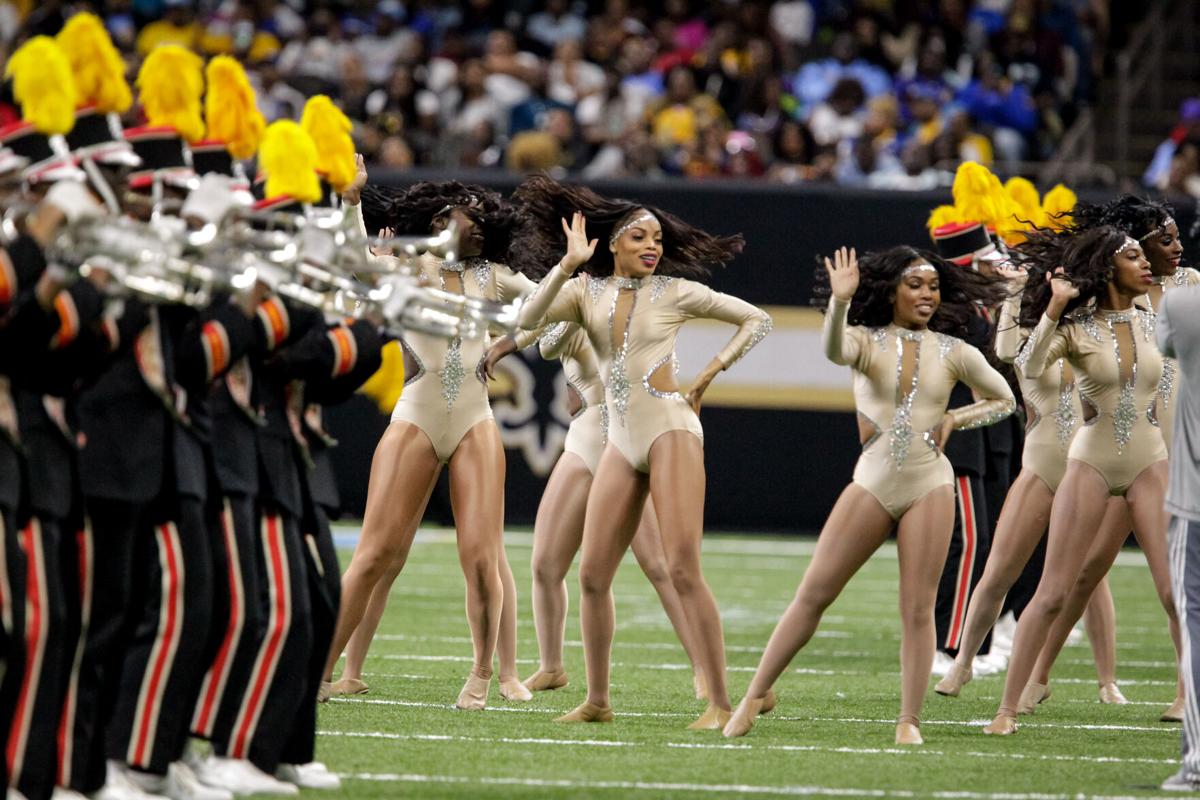 Grambling's World Famed Marching Band performs at halftime of the Bayou Classic on Nov. 24, 2018, at the Mercedes-Benz Superdome.

Southern running back Devon Benn (2) gets past Grambling defensive back Damien Crumitie (4) during the second half of the 46th Annual Bayou Classic at the Mercedes-Benz Superdome in New Orleans Saturday, Nov. 30, 2019. Southern won 30-28.

The Bayou Classic trophy sits at the Mercedes-Benz Superdome on Nov. 19, 2018.

Grambling's World Famed Marching Band performs at halftime of the Bayou Classic on Nov. 24, 2018, at the Mercedes-Benz Superdome.

Devon Benn isn't quite sure what he will do to pass the time Saturday afternoon.

All the Southern University senior running back knows is he won't be inside the Mercedes-Benz Superdome.

Neither will anyone else.

The Dome will be empty, much like the empty feelings of Southern and Grambling fans everywhere, missing out on their favorite time of the year.

Because of the COVID-19 pandemic, the Southwestern Athletic Conference decided in July to postpone its football season until the spring. It was the right decision, but that doesn't take away the disappointment of no Bayou Classic on the Saturday after Thanksgiving.

"I don't even know what I will do," Benn said. "I will probably turn on an old Bayou Classic and watch it. It's crazy because for four years of my life, I haven't had Thanksgiving with my family because I have always been with my team preparing for Grambling. This week really doesn't feel the same."

The two schools don't get to showcase their programs before a national television audience Saturday. And the Human Jukebox and Grambling's World Famed Marching Band won't get to show off their talents in the annual Battle of the Bands the night before that.

The typical Thursday smack talk over Thanksgiving dinners all across Louisiana had to be put on hold, too.

The reality of it all hit Southern athletic director Roman Banks on Monday, when the game's annual news conference usually unfolds on the Superdome field. That event is the kickoff of the always-festive Bayou Classic week.

"Monday kind of knocked on the door and shook me up a little bit about the event," Banks said. "It's just very different. Usually everybody is excited, and the Bayou Classic is in the air all week."

Banks typically spends Wednesday hosting a gathering with his family and employees at his home. This time, they substituted that with a Zoom call. They plan to do the same thing Saturday on a day they would usually all be in the Superdome.

This is the first time since 2005, when Hurricane Katrina moved the Bayou Classic to Houston, that Jaguars and Tigers fans didn't make their way to the Dome two days after Thanksgiving. For many across the state, that tradition has always been a pretty big deal. And it's always been more about just the final score.

"It's so much deeper than just football and sports," former Grambling quarterback D.J. Williams said in July. "It's about the culture and pride."

Simply put, the Bayou Classic — and SWAC football in general — isn't just a game. It's more like a giant family reunion.

And a family reunion needs people, which is why SWAC commissioner Charles McClelland and university leaders led the charge to postpone the season until the spring because of the pandemic.

"What would SWAC football be without fans in the stands, without the bands and without the tailgating?" McClelland said in September. "What we are is so much of all those ancillary things outside of our football games. ... At the end of the day, there was relief that we ultimately made the right decision to ensure the safety and well-being of our student-athletes."

Moving the season to the spring also meant moving the Bayou Classic out of New Orleans. Because of a conflict with reserving the Superdome, which will undergo major renovations after the Saints' season ends, the Bayou Classic is scheduled for April 17 in Shreveport.

That also means the city of New Orleans won't reap the benefits of the $50 million impact generated when Southern and Grambling fans come to the Big Easy.

Banks is doing his part to make sure things get back to as normal as possible. He has stressed to his staff to continue emphasizing to the student-athletes the importance of wearing a mask and social distancing.

"If we as citizens take care of each other and follow the guidelines, I feel pretty strongly we can have a very successful (spring) season and probably even with more than 25% (capacity at games)," Banks said. "But we all have to play our part in this if it's going to happen."

Banks and his staff will hold a virtual meeting Saturday during a time they would usually be at the Bayou Classic. Yes, they would much rather be in the Dome, but they are making the most of it.

"We are dealing with it in such a way that we miss it," Banks said. "But we also have to deal with it in a way that we make sure that we are using our platform to do what is requested so we can get back to the Bayou Classic."

Here's hoping this time next year, things return to normal and the Bayou Classic is back in the Dome on the Saturday after Thanksgiving, where it belongs.