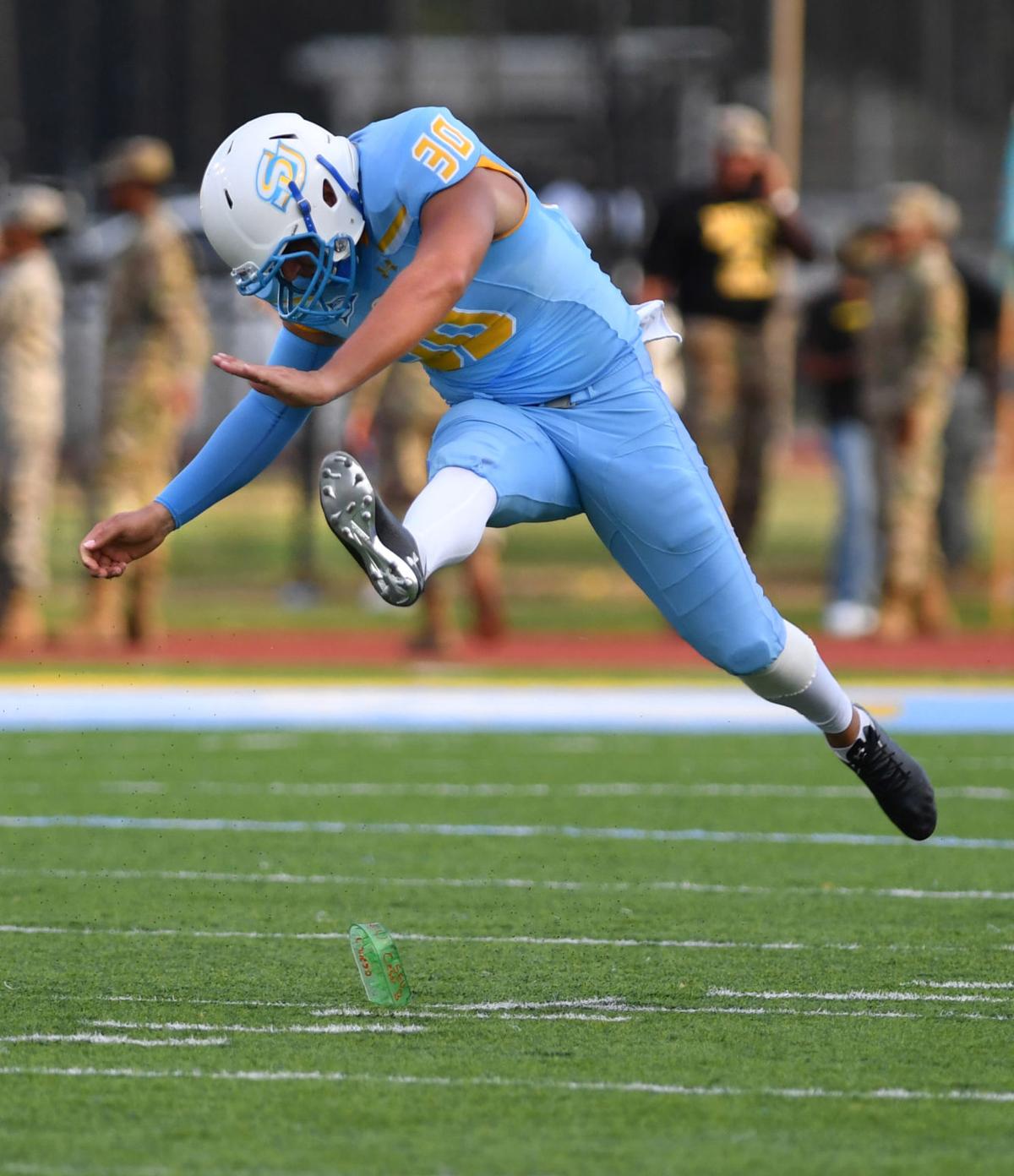 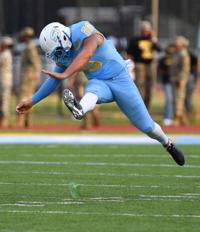 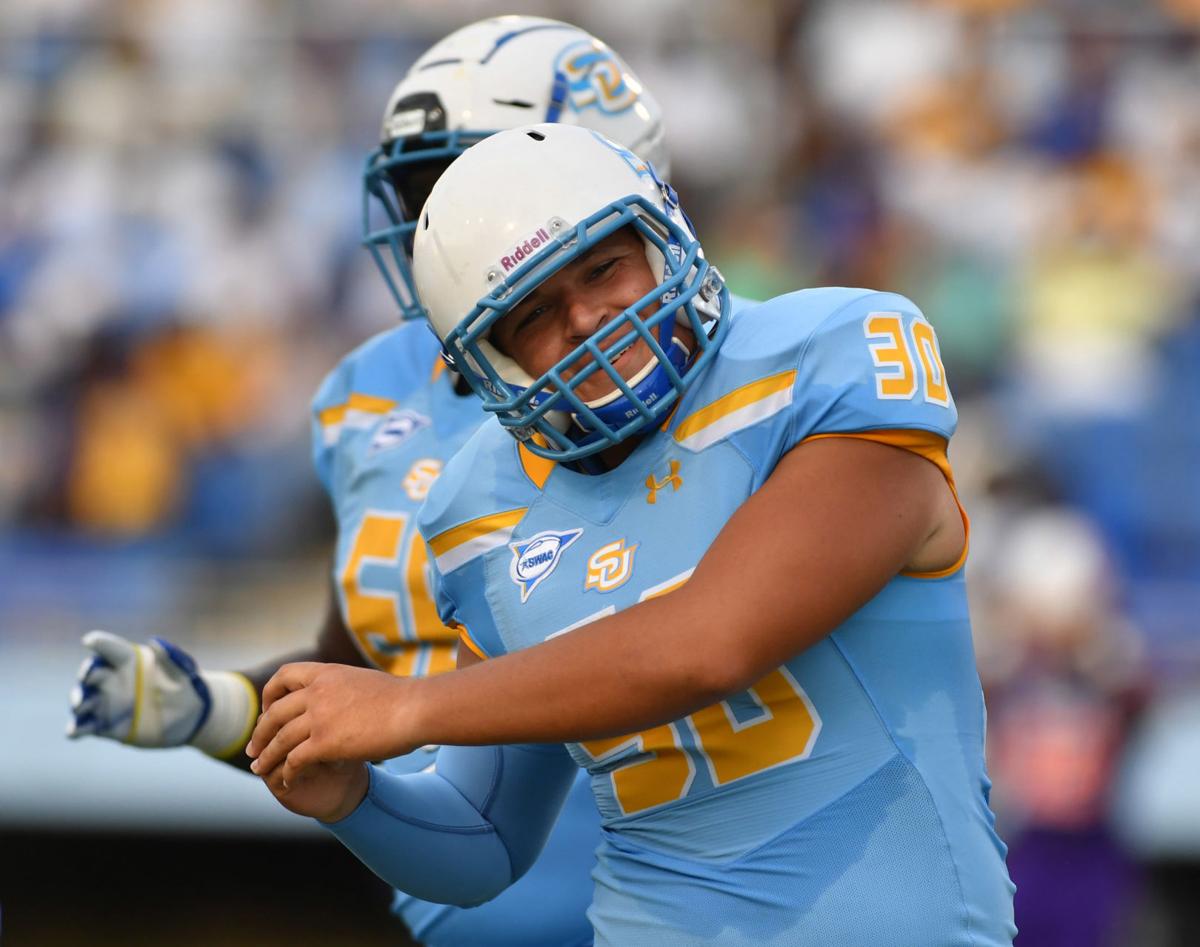 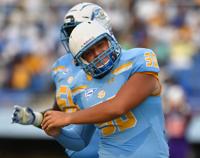 As kickers go, Southern’s Cesar Barajas is quite versatile. Sometimes he’s too versatile.

For instance, on Southern’s first play of the 2019 season at McNeese State. Barajas, in addition to being the first person to touch the ball with his kickoff, made the game’s first tackle.

Barajas injured his left knee when he flew in hard and took out return man J’Cobi Skinner. He missed the next kickoff but returned for the other three in addition to punting three times. He missed punting duties in the first half the next week against Memphis but was rushed back in when the Jaguars had one blocked.

“When we got back Sunday we had a couple of giggles about it,” Barajas said of his tackle. “‘You’re over here trying to be a tackler; just stick to kicking.’ We had our laughs about it.”

Said center Jaylon Brinson: “After we knew he was OK we were like, ‘Man you can’t be making tackles like that. You’re the kicker. We need you.’”

Even without trying to play kamikaze on kickoffs, Barajas’ role is uncommon. In addition to placement kicks, he handles punting and might take over field goal duties when Southern visits Florida A&M Saturday for a 5 p.m. kickoff at Bragg Stadium

Barajas made his first field goal try with a 33-yarder against Edward Waters College last week. Martell Fontenot missed from 36 yards earlier in the game and also missed from 32 yards against McNeese. He made one from 34 yards against Memphis. Both players are sophomores.

“We’ve got have two really good kickers,” Odums said. “It’s a matter of who goes out there with the right mindset.”

Odums has not said what he plans to do but did joke the job would be determined by the kickers in a rock, paper, scissors contest. Fontenot has been the more consistent of the two while Barajas has a stronger leg. But Fontenot’s misses have been from short attempts.

“If the snap is good and the hold is good, you’ve got to do your part,” Odums said. “To leave points out there — it’s a bad taste in your mouth. You don’t know if that’s going to be the difference in the ballgame. That’s the kind of thing we look to be flawless on and we didn’t have great execution to be perfect in those areas.”

Barajas made his one attempt but the competition with Fontenot, the former Zachary Bronco, goes on.

“I was very happy to hit my first field goal of the season,” Barajas said. “Season has been going good. It’s a constant battle with me and Martell every day.”

Fontenot was 4-8 on attempts last season, with his longest 42 yards. Barajas was 2-5, including a 47-yarder in the Bayou Classic. But he was 5-8 on PATs while Fontenot was perfect in 34 tries. Odums appears willing to let the competition play out.

Barajas said the outer limits of his range are around 50 to 52 yards and his longest at DeSoto High School in Arcadia, Florida, was 50. If Southern ever needs a last play field goal to win or tie from beyond 45 yards, Barajas is likely to get the call.

“I could go 50 or 52 on a good day,” he said. “I’ve never had opportunity to hit a game winner. I’m always ready for when my name is called.

“Coach Odums has been stressing on us to keep our composure, don’t let surroundings dictate your performance on the field. Go out there like it’s a regular day at practice. I try to zone out and act like nobody is in the stands. Blank out and execute the play.”

Barajas continues to excel on kickoffs and in the Jaguars' rugby punt style. Last season, he had 19 touchbacks on 60 kickoffs. In punting, he averaged 42.3 yards, third in the SWAC, and had 19 downed inside the 20-yard line and 11 kicks of 50 yards or more.

This season, he’s averaging 44.6 yards per kick with two of his six punts downed inside the 20.

“The key is technique, and keeping your eye on the ball,” he said. “Try not to overthink it or you’re destined to fail. Trust your process and technique and it will implement on the field. I put the ball on the numbers where coach wants it and see how far I get it.”

Barajas said he continues to work on traditional punting in practice, which puts the ball high and down the center of the field. Rugby style is intended to upset the timing of the punt returner and can be an effective weapon.

“It changes their mindset about returning,” Barajas said. “They are used to the natural style of punting. When they see it coming hot, on the ground and spinning, you don’t know what to expect. It keeps the returners on their toes. We want to do that. They can’t take it for granted. It can change the game in that instant.”