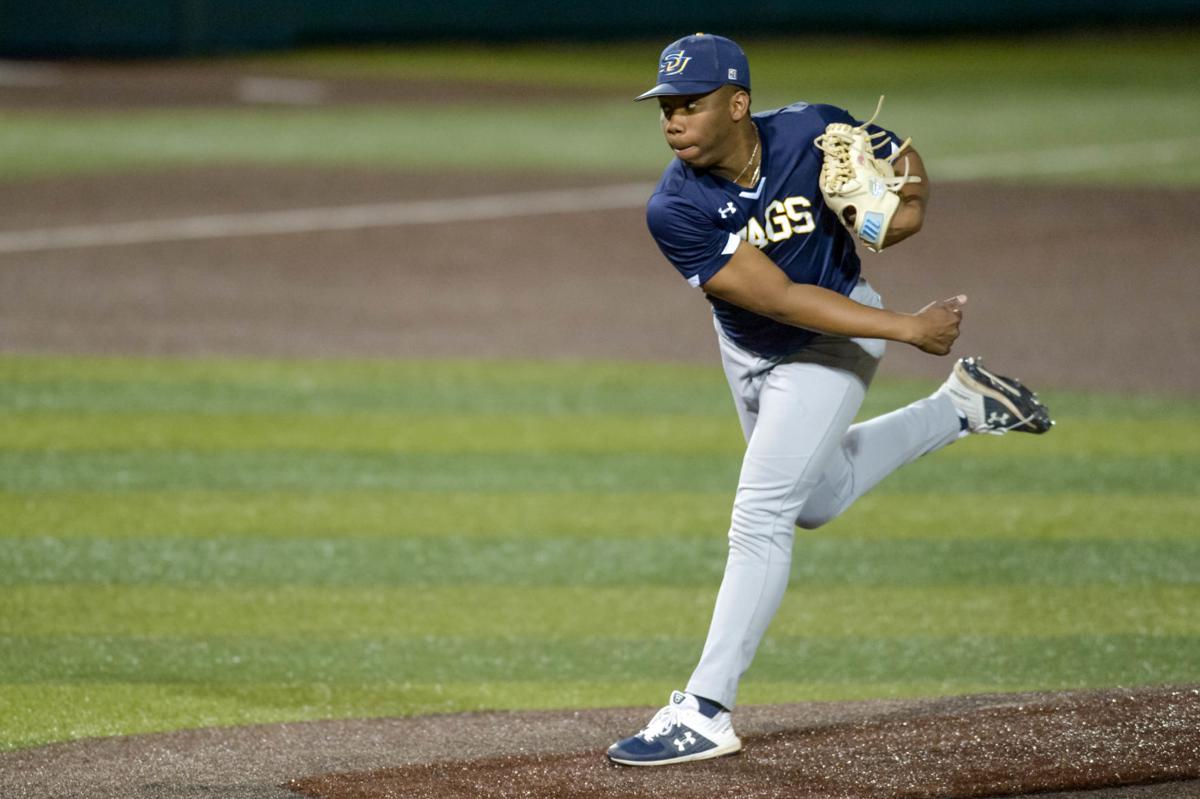 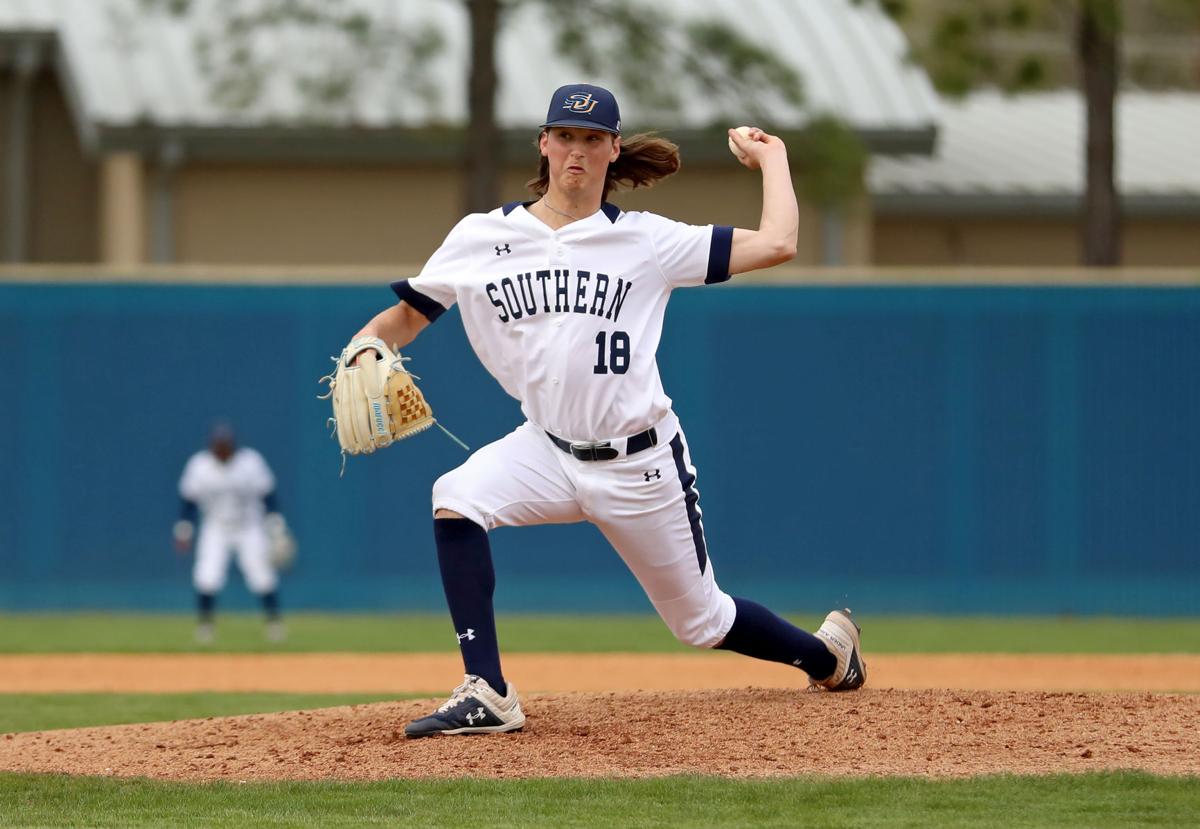 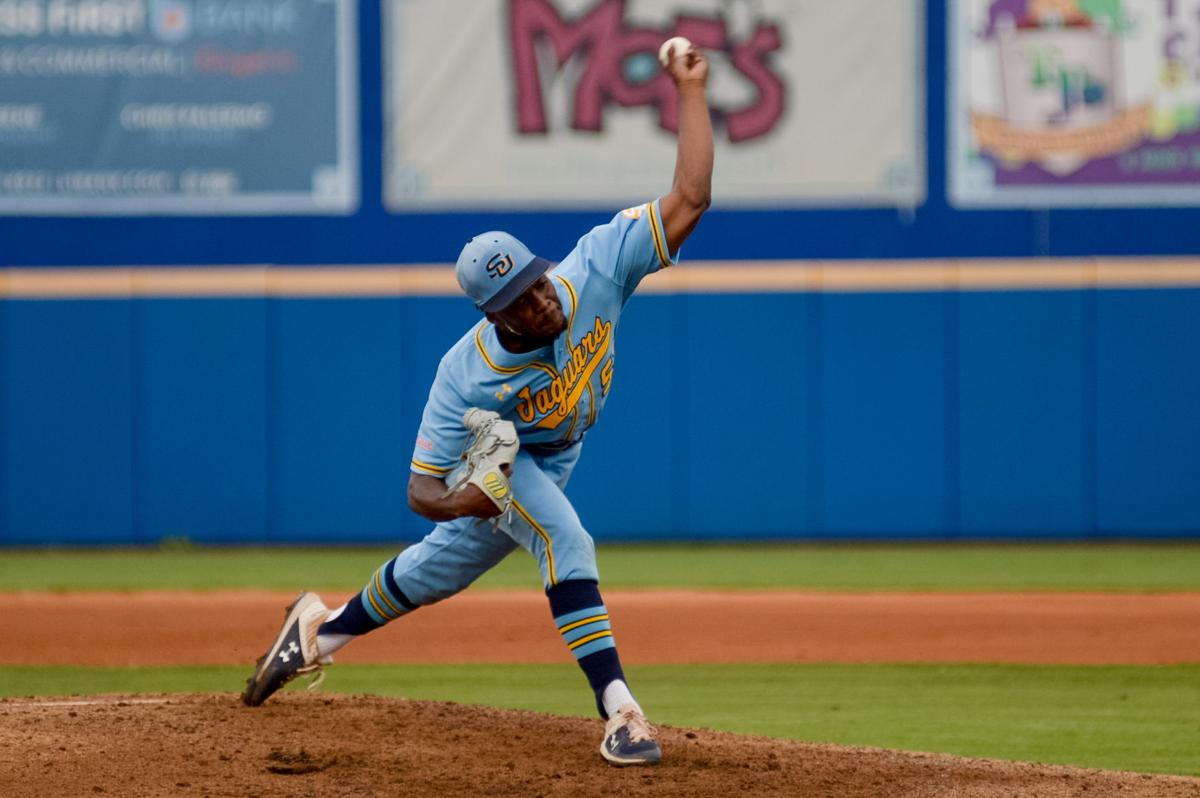 Southern University Jaguars pitcher Jerome Bohannon Jr. (52) throws the ball during a baseball game against the University of New Orleans Privateers at Maestri Field in New Orleans, La., Tuesday, May 7, 2019. 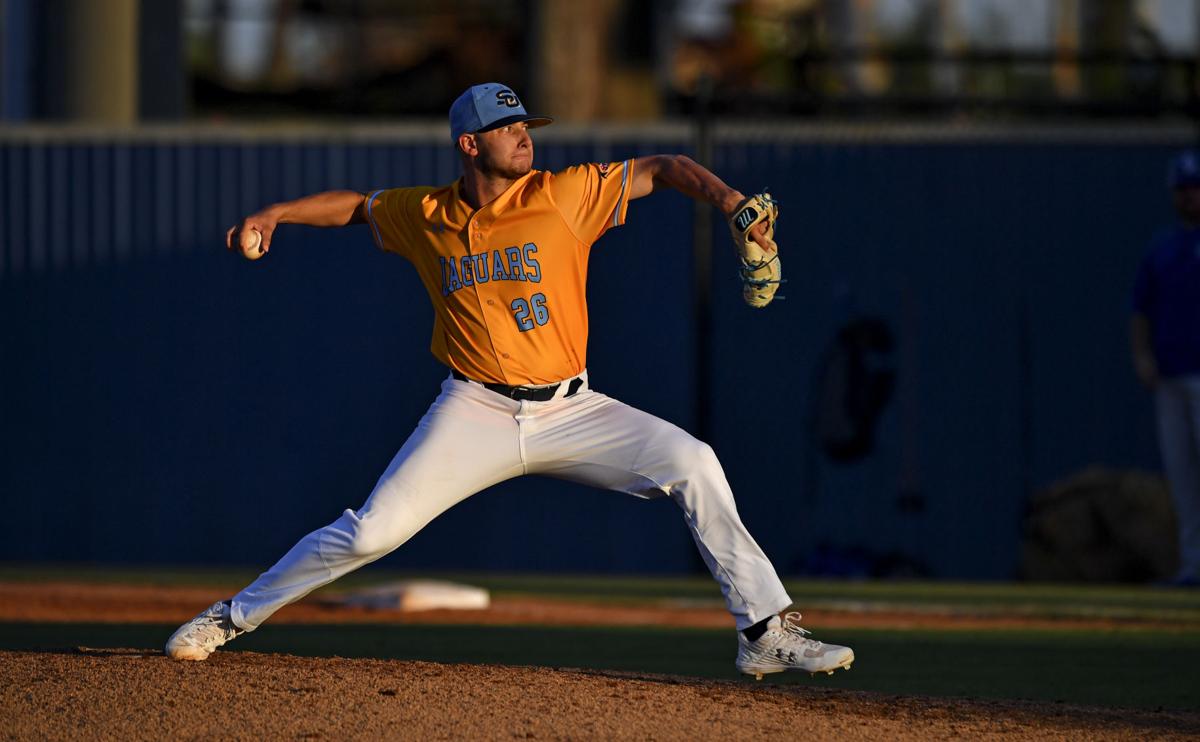 Southern University Jaguars pitcher Jerome Bohannon Jr. (52) throws the ball during a baseball game against the University of New Orleans Privateers at Maestri Field in New Orleans, La., Tuesday, May 7, 2019.

Former Southern pitching coach Chris Crenshaw is now the Jaguars' interim head coach, and a glance at the team’s roster shows there is no mistaking his emphasis on pitching.

As Southern battles weather conditions and COVID-19 restrictions while preparing for the start of baseball season, the Jaguars have 21 pitchers on hand to pull them through. It's a far cry from three seasons ago when the team had only 12 pitchers on hand.

“We’ve got a pretty good amount of arms,” Crenshaw said. “You’ve got have arms to play for championships, and we’ve got a good group. We’re still trying to put things together to be a good staff, but we’ve got some good pieces.”

Leading the way will be a pair of fifth-year seniors, right-hander Wilhelm Allen and left-hander Jacob Snyder.

Senior left-hander Jerome Bohannon and junior right-hander Austin Haensel were also key players in 2019, when Southern won the Southwestern Athletic Conference and advanced to the NCAA tournament for the first time since 2009.

Senior Markaylon Boyd and junior Joe Battaglia, a pair of right-handers, will also be in the rotation.

“We’re still putting the puzzle together, but that’s the exciting part — mixing and matching guys and finding out who does what best,” Crenshaw said.

The mixing and matching was set to begin in earnest this weekend, when Southern was scheduled to play at Oklahoma. The series was canceled because of this week’s frigid weather, and the Jaguars' season is now set to begin Tuesday when they play LSU at Alex Box Stadium.

Starting and stopping has been the new normal for Southern since last season was canceled, a season in which the Jaguars were 6-10 overall and 3-0 in SWAC play. It has put a time crunch on Crenshaw as he tries to fit together the pieces of his team.

“With intrasquad games you’re just going out and trying to get your work in,” Crenshaw said. “It's a little different when there’s another team in the other dugout. That’s when you find out what you’ve really got. I like our guys, but we’re still figuring out who we are.”

Among the position players who will be in the mix are three returning players who were starters during last year’s shortened season.

Junior catcher William Nelson batted .269, and junior infielder Zavier Moore hit .246 with eight RBIs. Bubba Thompson hit .271 with four extra base hits and seven RBIs, and will be a second-year freshman since last season will not count toward his eligibility.

Another player to watch will be utility player Jovante Dorris, who transferred from Hinds Community College, where he hit .368 in 2018.

“We’ve got a good nucleus of guys. I would say we’ve got the most experienced inexperienced group since I’ve been here,” Crenshaw said. “They’ve all played at high levels, but there is inexperience as far as playing with each other.

“With all of the rain and weather, it's been hard for us to get on the field as a group but the times we have been on the field we’ve had pretty good practices.”