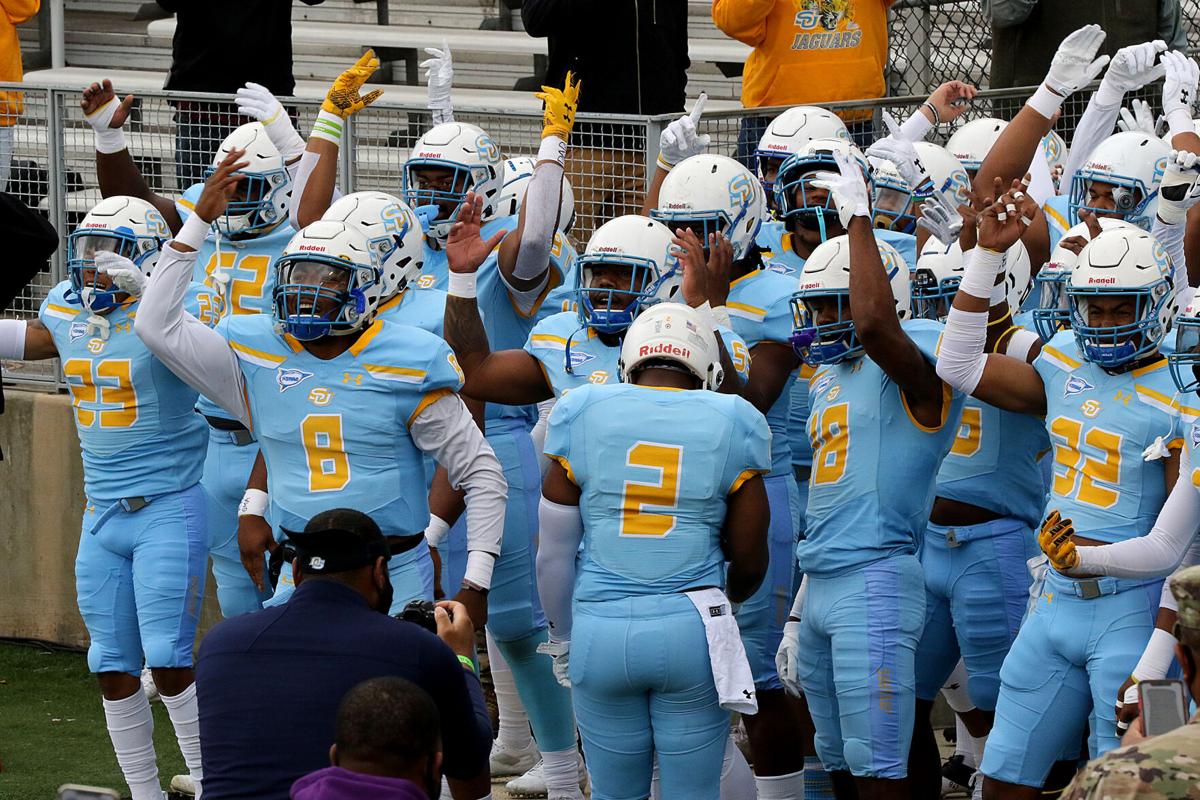 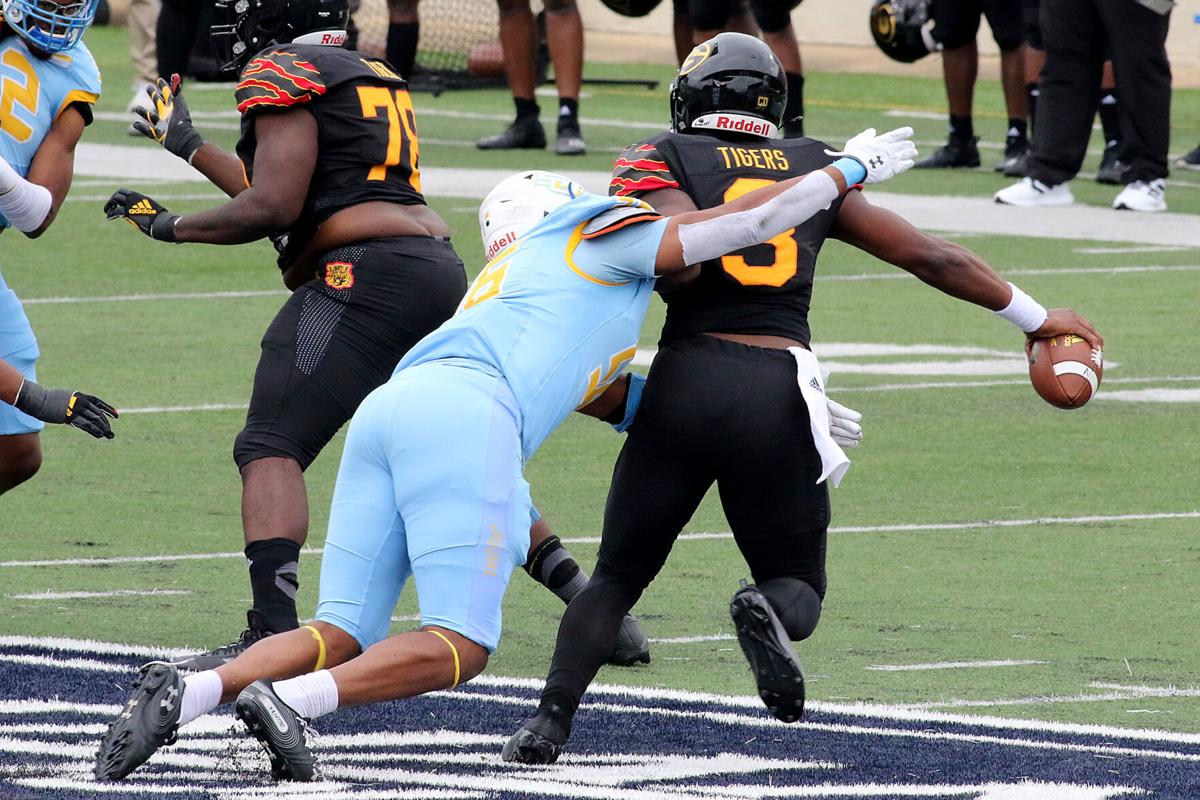 Forget what they call it.

This Bayou Classic was anything but a classic.

And no, that's not just because it wasn't in New Orleans on the Saturday after Thanksgiving.

It's also because of those final numbers on the scoreboard at Independence Stadium in Shreveport on Saturday evening.

If you were the Grambling football team looking for the silver lining, there was this: The bus ride back to Grambling from Shreveport is a lot shorter than the one from New Orleans.

And at least there weren't 68,000 folks to witness the most one-sided Bayou Classic ever.

Simply put, the Jaguars were too physical and too talented for an overmatched Grambling team on this day.

With neither Southern's Human Jukebox nor Grambling's World Famed Marching Band in attendance, there really wasn't much reason for fans to stick around after the first two quarters.

This one was over by then, a Jaguars victory that gave them a 24-23 series lead.

The Jaguars zapped what little buzz this spring version of the Bayou Classic had early, scoring on their first three possessions and never looking back to earn bragging rights for the third straight time.

"The execution early on was right on," Southern coach Dawson Odums said.

Seventeen months had passed since Southern and Grambling last met in a Bayou Classic. That last one wasn't decided until Southern deflected what would have been a game-winning field goal with 5 seconds left to preserve a 30-28 victory. Southern trailed 21-3 at one point during that one.

There were heroic comebacks this time around, as Southern delivered the knockout early.

You have to go back way before the game became known as the Bayou Classic to find a more one-sided victory by either team. The only more convincing victories were Southern's 64-6 win in 1935 and its 53-7 victory in 1939 — a history lesson that seem to startle Odums when he heard it afterward.

"1939?" Odums said. "That was yesterday. ... My thing was getting our team to play and to play very well. I think every time we have the Bayou Classic, there's something new that comes up that hasn't happened. So we are very pleased."

The outcome probably shouldn't come as a surprise, considering how tough things have been for Grambling this season. This was their first game since a loss to Arkansas-Pine Bluff on March 20.

They put football activities on pause four days later because of COVID-19 — the same reason this Southwestern Athletic Conference season had been pushed to the spring in the first place. Grambling finished 0-4 in this abbreviated season.

"This is probably more relief than anything else," Grambling coach Broderick Fobbs said. "The opportunity to get this spring season behind us with all we had to deal with."

Fobbs said his team lost 16 key players since August for various reasons, including some entering the transfer portal.

Southern took advantage, scoring the most points it has scored against Grambling since a 52-45 thriller in the Dome in 2014.

While this Bayou Classic wasn't your typical one, both coaches were glad to even have a chance to play one. But they both admit it wasn't anything like what they're accustomed to.

"It's not even close," Fobbs said. "I don't want to disrespect anybody up here (in Shreveport), but it's not the same."

"It's a little different," Odums said. "It's not the excitement we usually have after winning the Bayou Classic. We understand the difficulties of our opponent and some of the issues they have faced this season. We know this is not the best Grambling team that we have faced."

Grambling's woes are why the stakes weren't as high as they have been lately. In recent years, the Bayou Classic has been a winner-take-all affair, with the victor winning the SWAC West and advancing to the conference title game.

This time, it was just bragging rights all over Louisiana for the next seven months, until the game returns to the fall and to New Orleans.

"We didn't have the crowd, the bands or the electric atmosphere that we are accustomed to when it's in New Orleans," Odums said. "But at the end of the day, it's spring football and we still have to play the games on our schedule. Today, it felt like football."