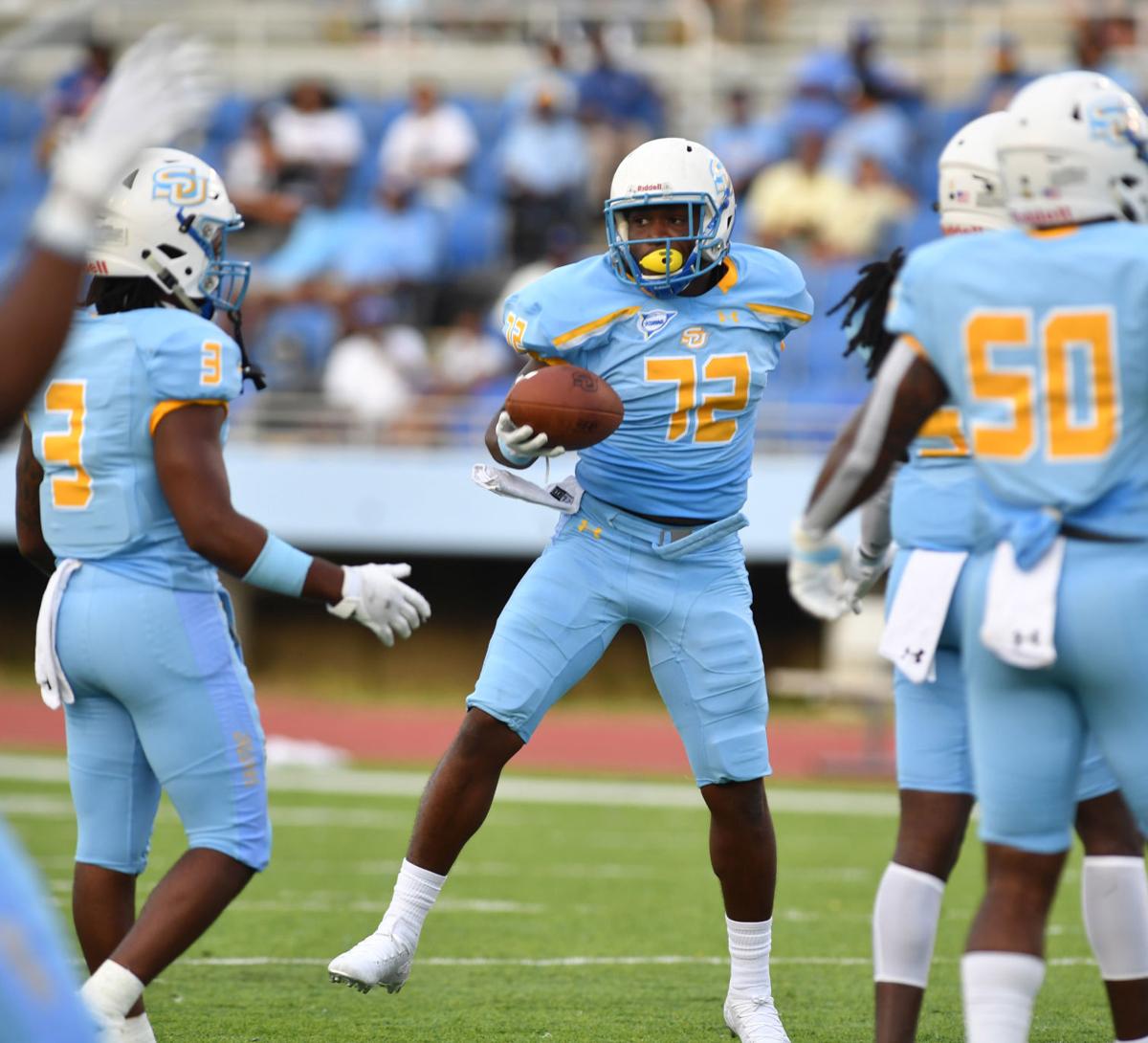 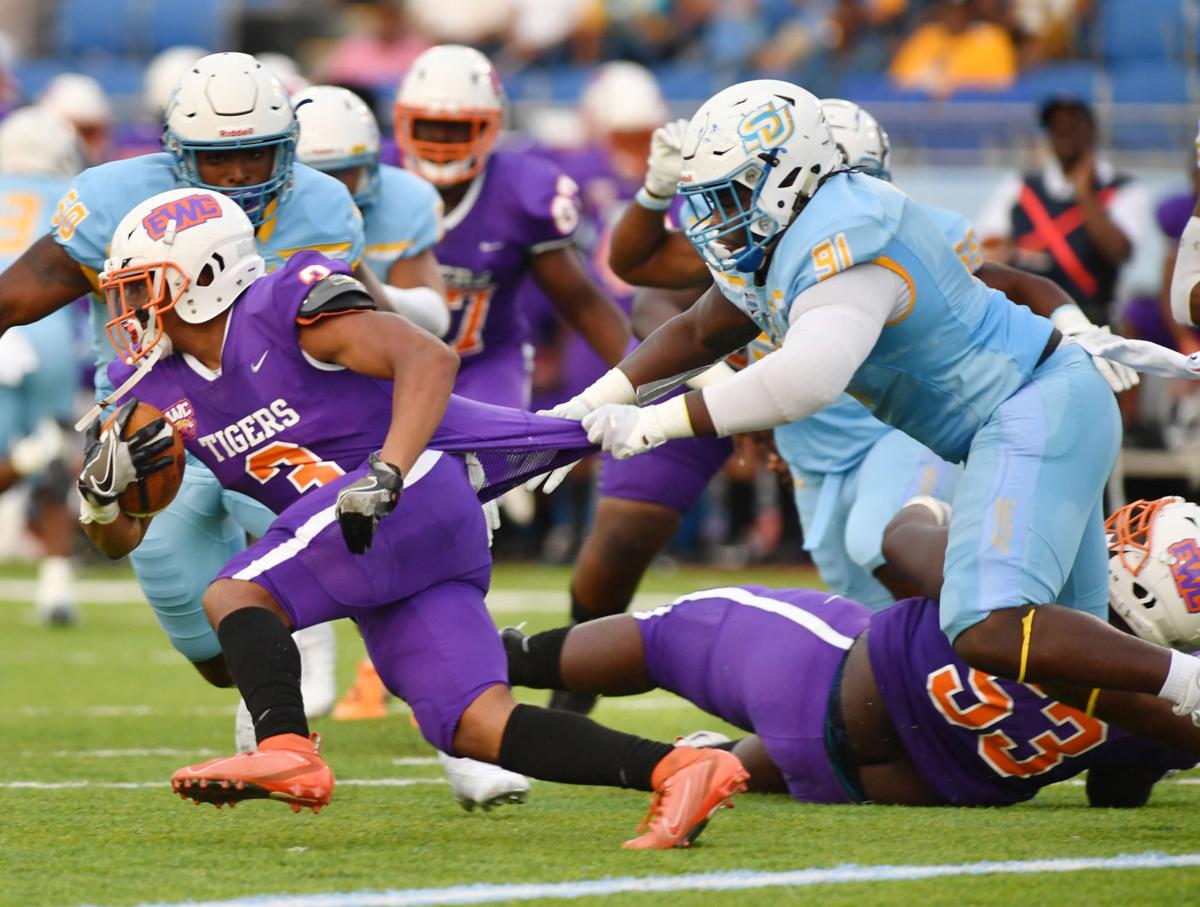 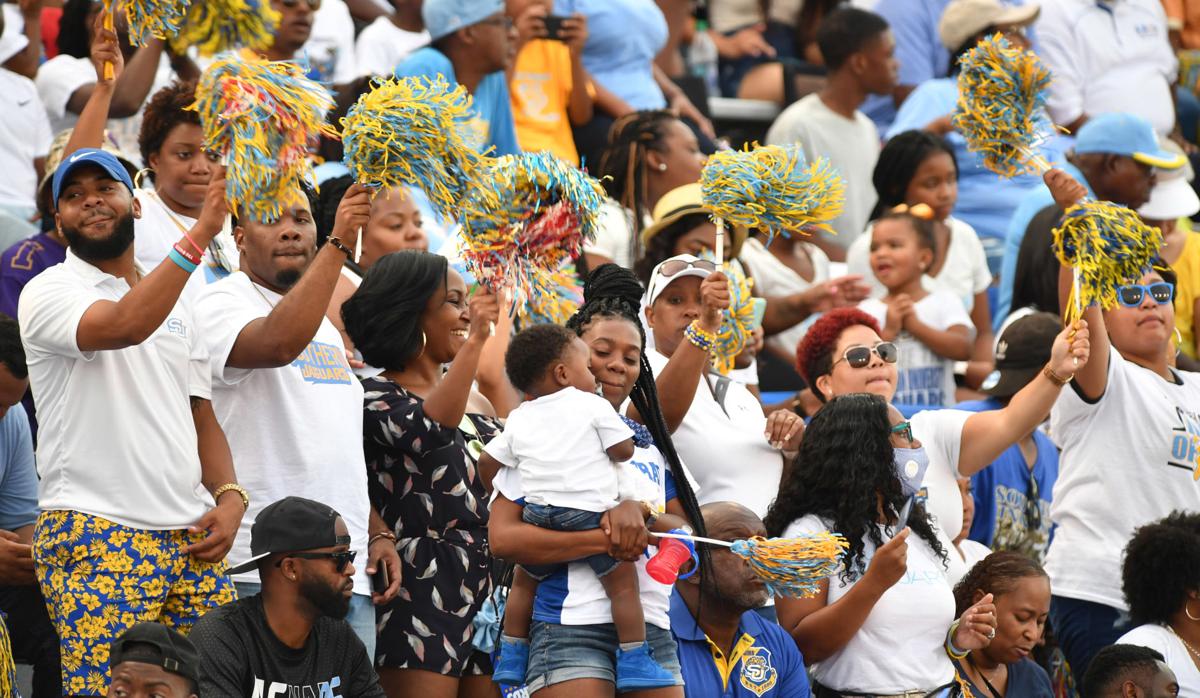 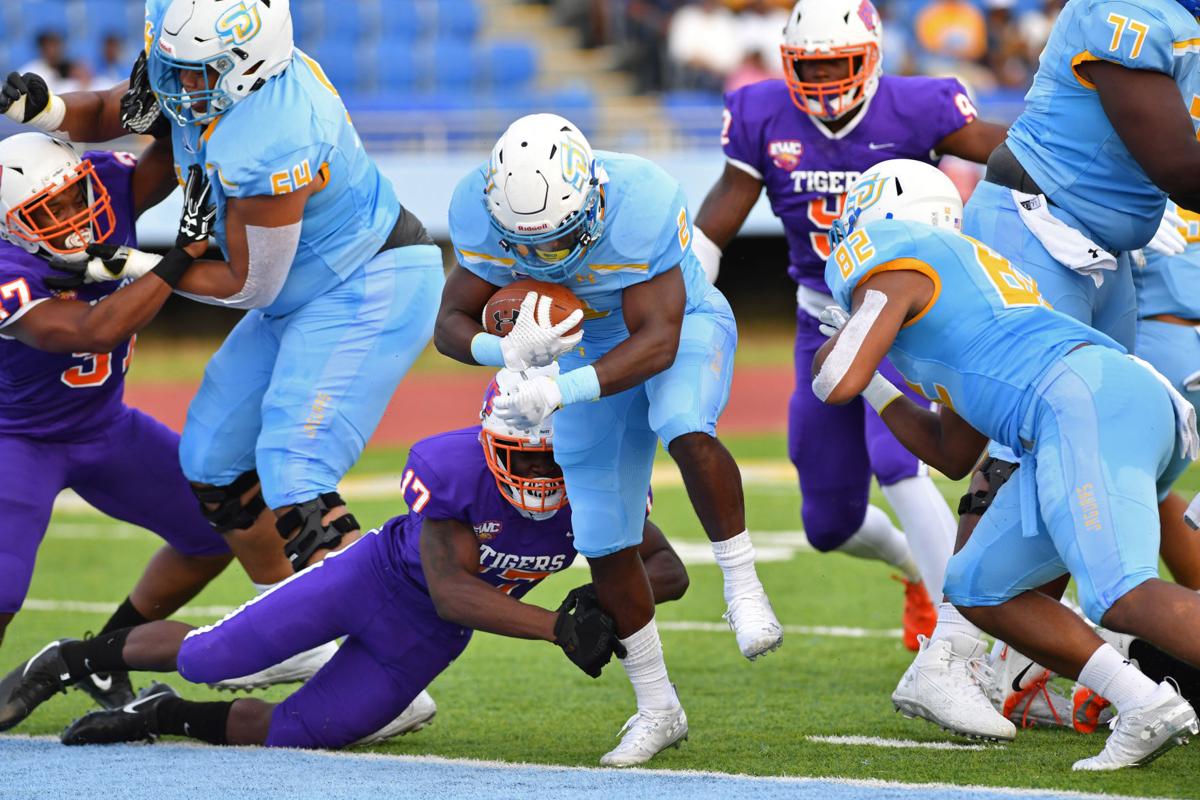 It won’t go down as one of the classics in Southern football history, but the Jaguars' 61-0 romp over Edward Waters College in Saturday’s Pete Richardson Classic sure felt good.

Southern (1-2) scored its first victory of 2019 against the overmatched NAIA visitors from Jacksonville, Florida, before an announced crowd of 14,377, and wasted little time establishing its dominance in its home opener.

The Jaguars led 40-0 at halftime and running back Devon Benn rushed for 120 yards and three touchdowns in barely more than a half of play. At 6:25, the visitors trailed 16-0 and didn’t run a play for positive yards among its first eight snaps.

Southern took advantage of a blocked punt, an illegal kicking penalty, a safety and four turnovers to get help from the Tigers in building its big advantage. The offense moved the ball freely and had a second consecutive game without a turnover.

“I feel like we came to play tonight,” nose tackle Dakavion Champion said. “It’s always good to have a goose egg on the scoreboard. Everybody was focused.

“It was the first home game. We came in really excited to give our fans a show.”

It was the most points scored by Southern since beating Alabama A&M 64-6 in 2016, the first game on the new artificial turf. It was also the first shutout since a 38-0 victory at Prairie View last season.

There were some sloppy spots for Southern. Quarterback Ladarius Skelton wasn’t particularly effective and often inaccurate while connecting on 10 of 19 passes but for only 64 yards without a touchdown. He did scramble for 53 yards on seven carries, including a 13-yard score.

Skelton exited late in the third quarter in favor of backup Bubba McDaniel, who had his own scoring run of 15 yards. Chris Chaney also had a scoring short run and defensive end Jordan Lewis scored his second touchdown in as many games with a 95-yard interception return.

“We played pretty consistent all night, which is what was expected,” Jaguars coach Dawson Odums said. "We had a chance to get some confidence and execute. We did that.

“We had three really good days of practice. The question is can we be great every day? Until that happens, you’re going to see a roller coaster.”

Southern’s rush produced a 3-yard punt setting the Jaguars up at the Tigers 15-yard line. The Jaguars overcame a holding penalty thanks to a 14-yard run by Benn, who scored from the 3-yard line three plays later. The rout was on.

The Jaguars rushed for 407 yards and outgained EWC 489-236. Southern went the whole night without punting.

“That was a reflection of us having a great week of practice,” senior center Jaylon Brinson said of the rushing output. “It was us emphasizing finishing blocks, knowing what we were doing and communicating with each other.”

Leading 7-0, another EWC three-and-out was followed by a 54-yard scoring drive by Southern. Benn caught a 16-yard screen pass to help the drive. Skelton later stepped up in the pocket and scrambled 13 yards to make it 14-0.

The Southern defense again made its mark. End Jalen Ivy grabbed Francis in the end zone and forced an intentional grounding, resulting in a safety. In one of the few offensive failures, Southern drive 65 yards to the EWC 10 where Martell Fontenot missed a 36-yard field goal to the right.

A 33-yard field goal by Cesar Barajas made it 19-0 before another deluge of points hit the Tigers. Daniel Edwards recovered an EWC fumble on the ensuing kickoff, which Chaney cashed in from 3-yards out.

The next possession ended in a punt in which kicker Angel Sevier wasn’t looking when the snap sailed past him. He kicked the ball out of the end zone but Southern got possession at the EWC 3 for illegal kicking. Benn scored on the next play and added a 1-yard run with 5:02 left in the half to make it 40-0.

“Our defense is getting better,” Odums said. “We’ve been just off a little bit in other games. We showed our defense can force its will on you. Can we duplicate that performance against a better team (Florida A&M) that we’re going to face on Saturday?”

Southern's Dawson Odums glad to get big win, but says Jaguars did not live up to team's expectations

It is the function of coaches to nitpick, even when a team dominates as Southern University did in its 61-0 victory against NAIA Edward Waters…