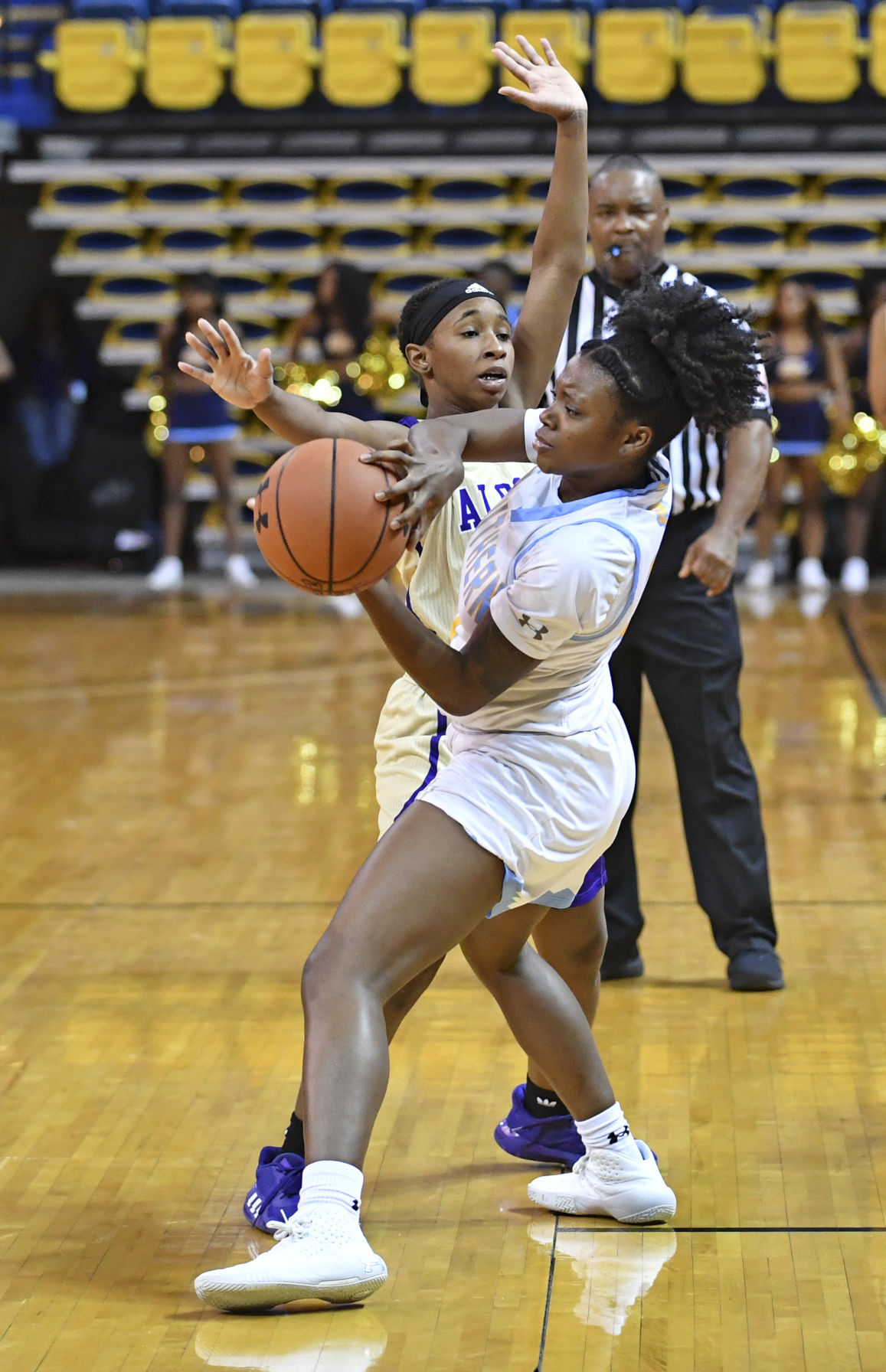 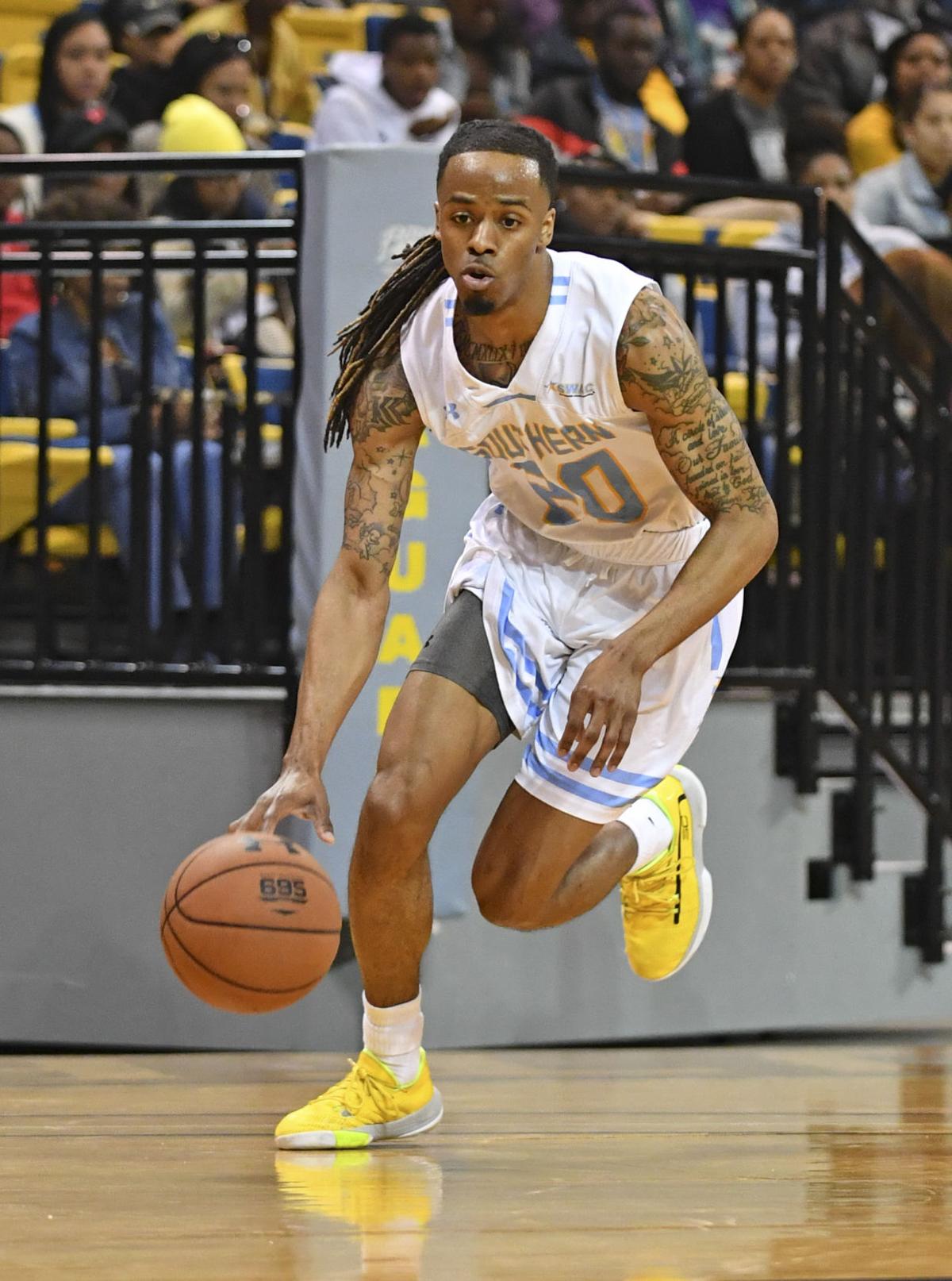 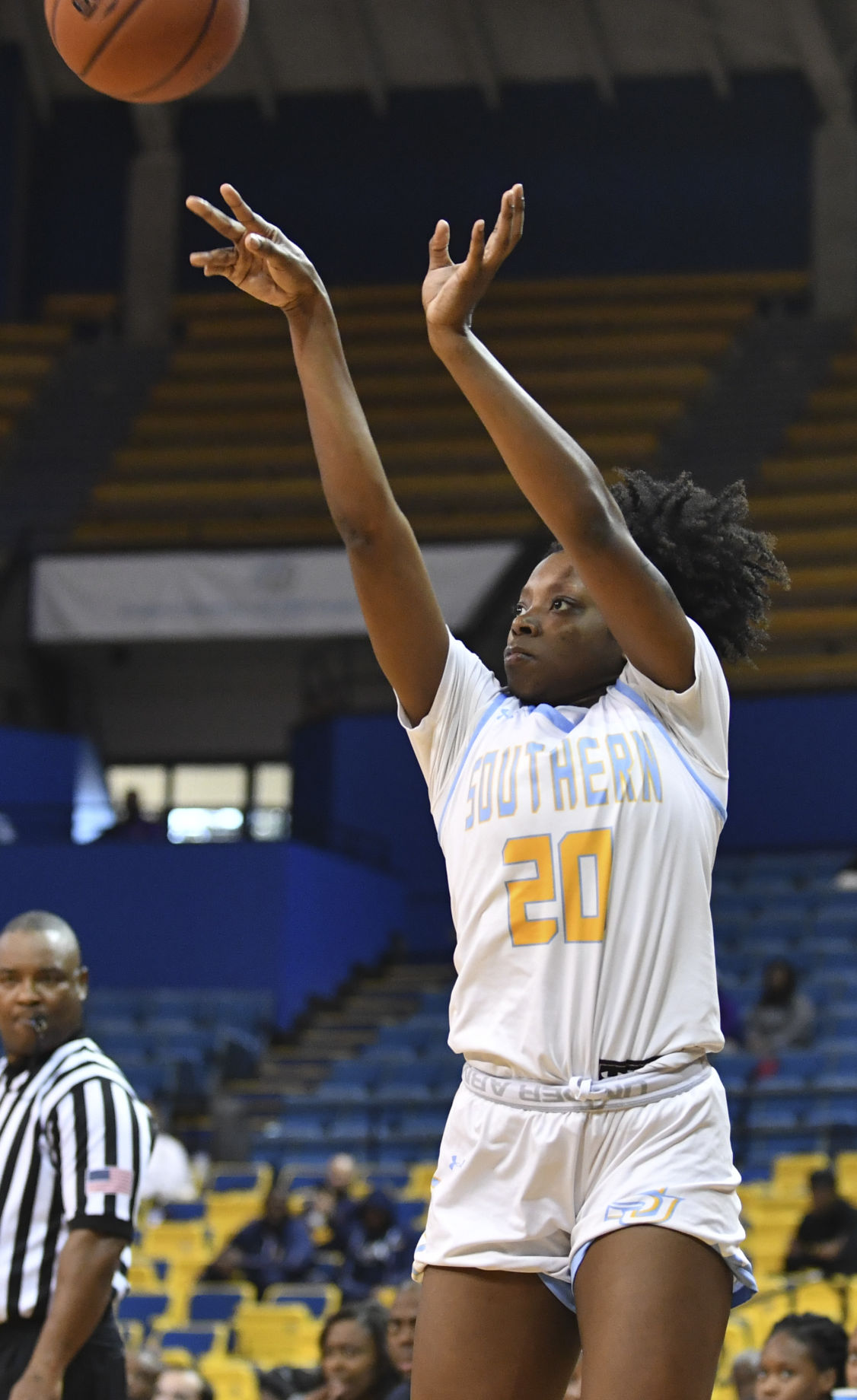 The Southern women used a simple, but effective, strategy to control their Southwestern Athletic Conference game against Alcorn State on Saturday.

The Jaguars played solid defense and limited the Braves to one shot on each possession. Alcorn struggle to find an offensive rhythm for three quarters, and Southern posted its fifth consecutive double-digit conference win 74-57 at the F.G. Clark Activity Center.

“I thought we did a good job defensively, particularly in the first quarter,” Southern coach Carlos Funchess said. “We rebounded and kind of shut them down.”

Rebounding for Southern was strong all game long with the Jaguars holding a 50-30 edge by game’s end. On the offensive glass, Southern bested Alcorn (9-12, 5-4) 13-5, and scored 14 second-chance points while limiting Alcorn to two.

“(White) can play,” Funchess said. “It all about getting comfortable, knowing where your shots are coming from and getting in position on the floor. She’s going to be a force to be reckoned with for three more years, without a doubt.”

For three quarters, Southern never let Alcorn get comfortable on offense. In the fourth quarter, Alcorn sliced a 21-point Southern lead to 12 points three times, the last at 63-51 with 4:25 left in the game.

Four points each from Towner and Rose helped Southern close out Alcorn down the stretch.

In the first quarter, Alcorn took a 2-0 lead on free throws by LaRae Rascoe. Southern scored 18 of the game’s next 20 points to take an 18-4 lead. Rose and Amani McWain each hit 3-pointers during the run.

Southern's largest lead was 47-23 after Moore made two free throws with 5:41 to go in the third quarter.

Southern will have an off day Monday, and won’t return to action until next Saturday when it travels to Grambling for the start of the second round of SWAC play.

Fans looking to attend Southern’s mens and women's basketball games at Grambling can reserve a spot on the bus trip sponsored by Southern.

The Southern bus will leave at 10 a.m. from the F.G. Clark Activity Center parking lot near the baseball field. The cost of the trip is $50 and does not include a ticket to the doubleheader.