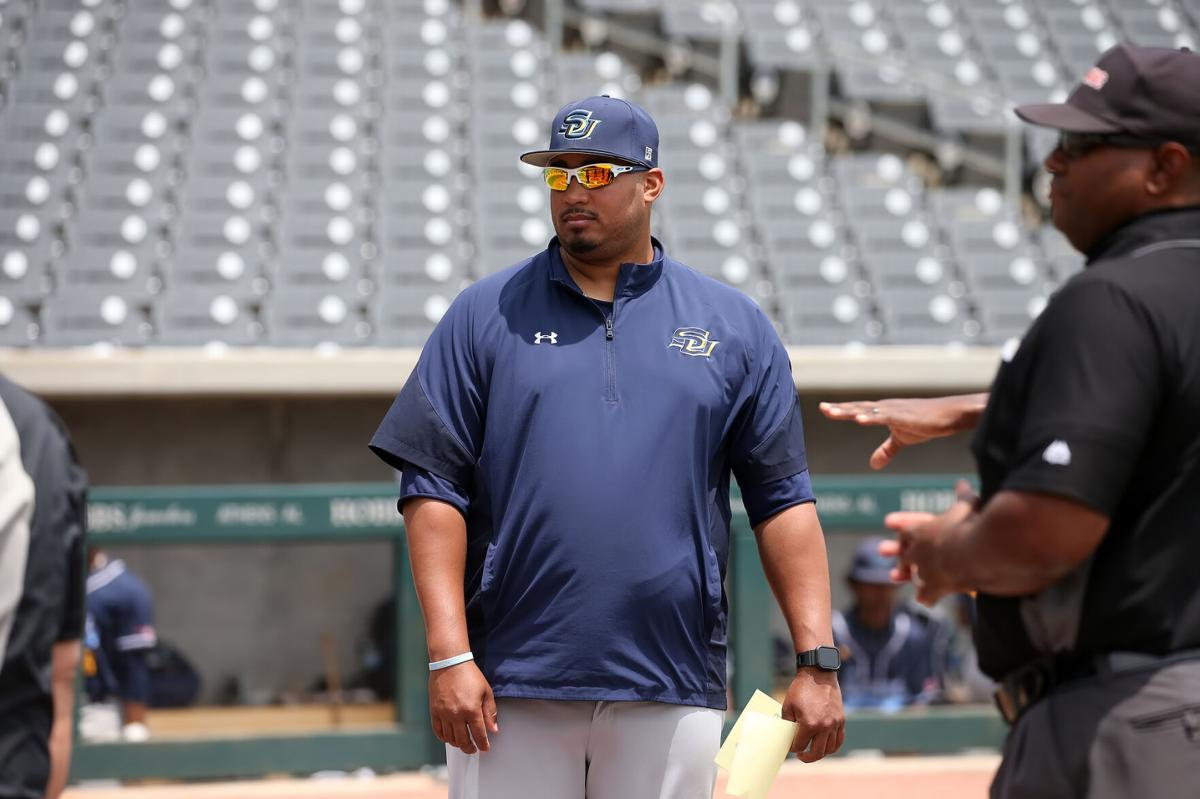 Southern coach Chris Crenshaw presents his starting lineup to game umpires before the Jaguars' game against Alabama State on Wednesday in the Southwestern Athletic Conference tournament in Madison, Ala. 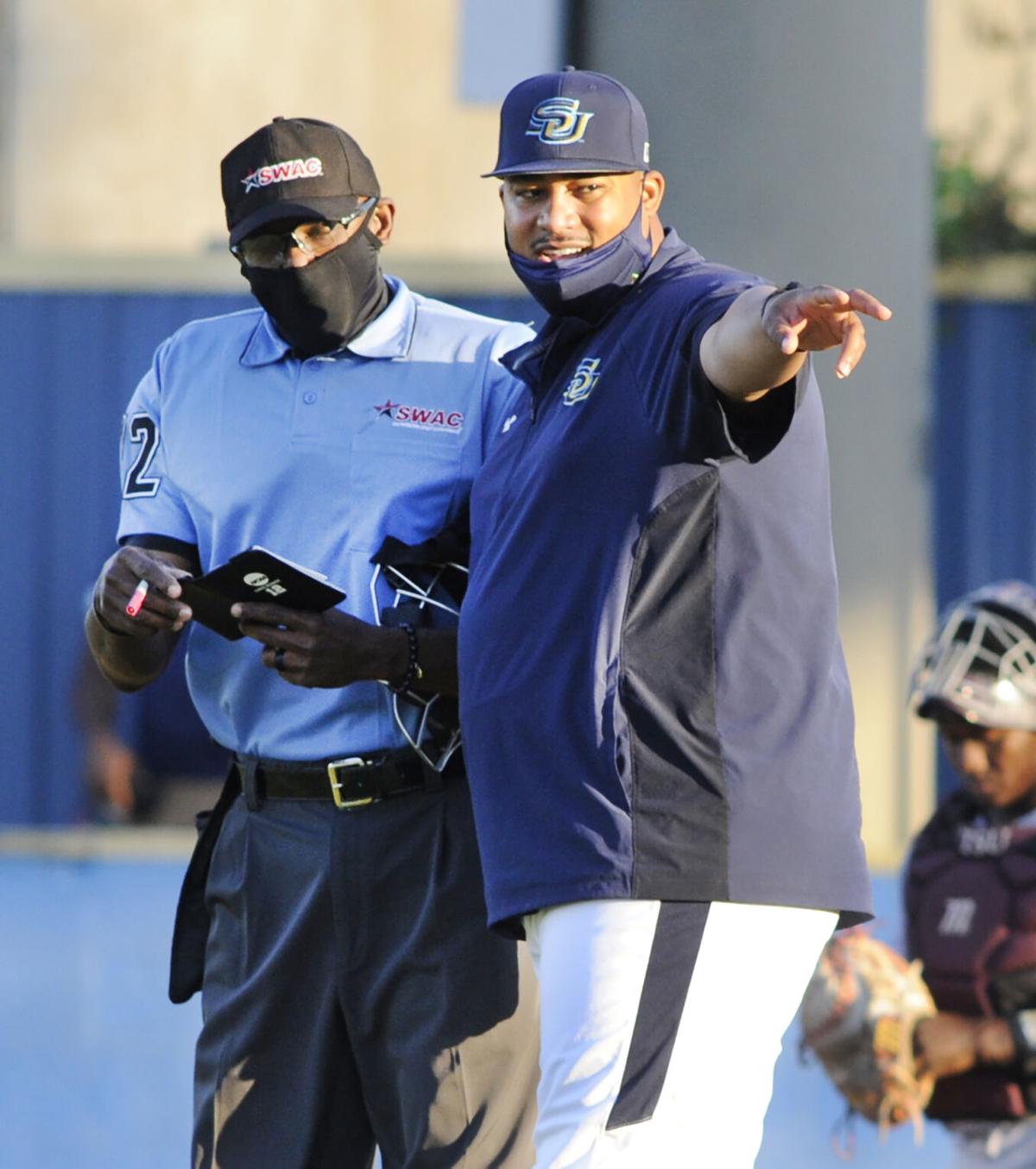 Southern coach Chris Crenshaw presents his starting lineup to game umpires before the Jaguars' game against Alabama State on Wednesday in the Southwestern Athletic Conference tournament in Madison, Ala.

Southern University will play host to a 15-game SWAC schedule and six non-conference games beginning Feb. 23 against the SEC’s Missouri as part of the 2022 baseball slate released Wednesday.

The Jaguars, who have won back-to-back conference baseball titles, open their season in the Andre Dawson Classic at UNO against Alabama State on Friday, Feb. 18, followed by games with Jackson State (Feb. 19) and Florida A&M (Feb. 20). Friday and Sunday games are set for an 11 a.m. first pitch and Saturday at 4 p.m.

Missouri comes to Lee-Hines Field for the first time three days after the Florida A&M game, Feb. 23 at 6 p.m. Missouri’s stop at Southern is part of a three-team swing which includes games at Nicholls State and Louisiana-Monroe.

Jaguar fans won’t have to leave the city to see the Jaguars’ next four games as Southern will play Towson and LSU twice each at Alex Box Stadium the weekend of Feb. 25-27.

“It’s a good mixture of home and away. We’ve got some good teams coming in. We want to find a way to win some games early and carry over the confidence to conference play.”

The SWAC schedule begins on the road at Arkansas-Pine Bluff for a three-game series beginning March 18 and the SWAC home opener is set against rival Grambling beginning March 25. With the SWAC expanding to 12 member schools, Alcorn State moved into the West Division giving each team five home-and-home series.

Southern wrapped up fall baseball practice in November and Crenshaw said the team has reported for the spring semester intact. In addition to getting prepared physically, Crenshaw said the player did well in the classroom with a 3.0 team GPA.

“Players are back, we’re in the weight room and doing individual skill work,” Crenshaw said. “We have a lot of guys who are athletic and some young pitchers. The key is to get those young pitchers ready.”