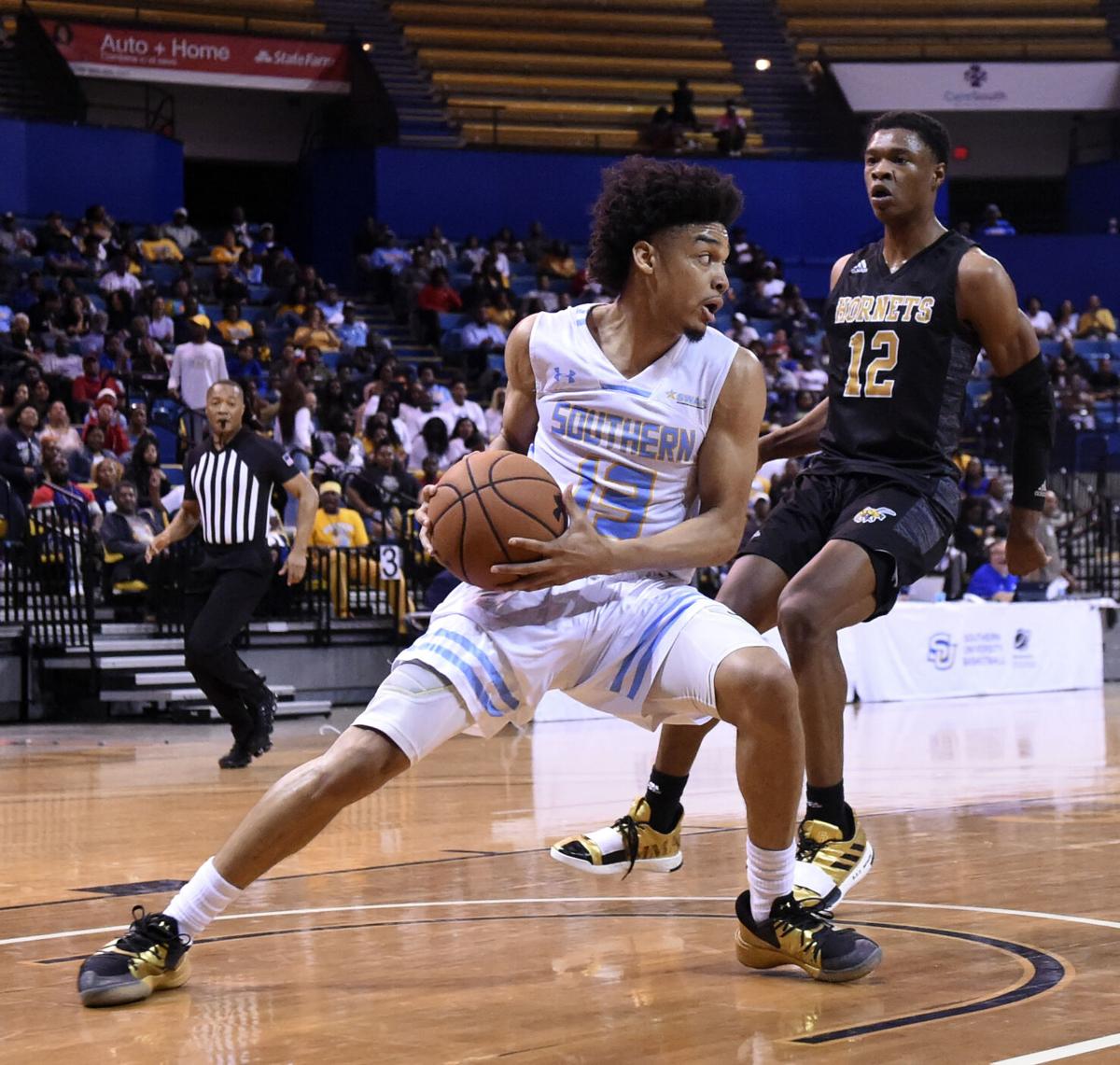 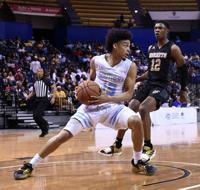 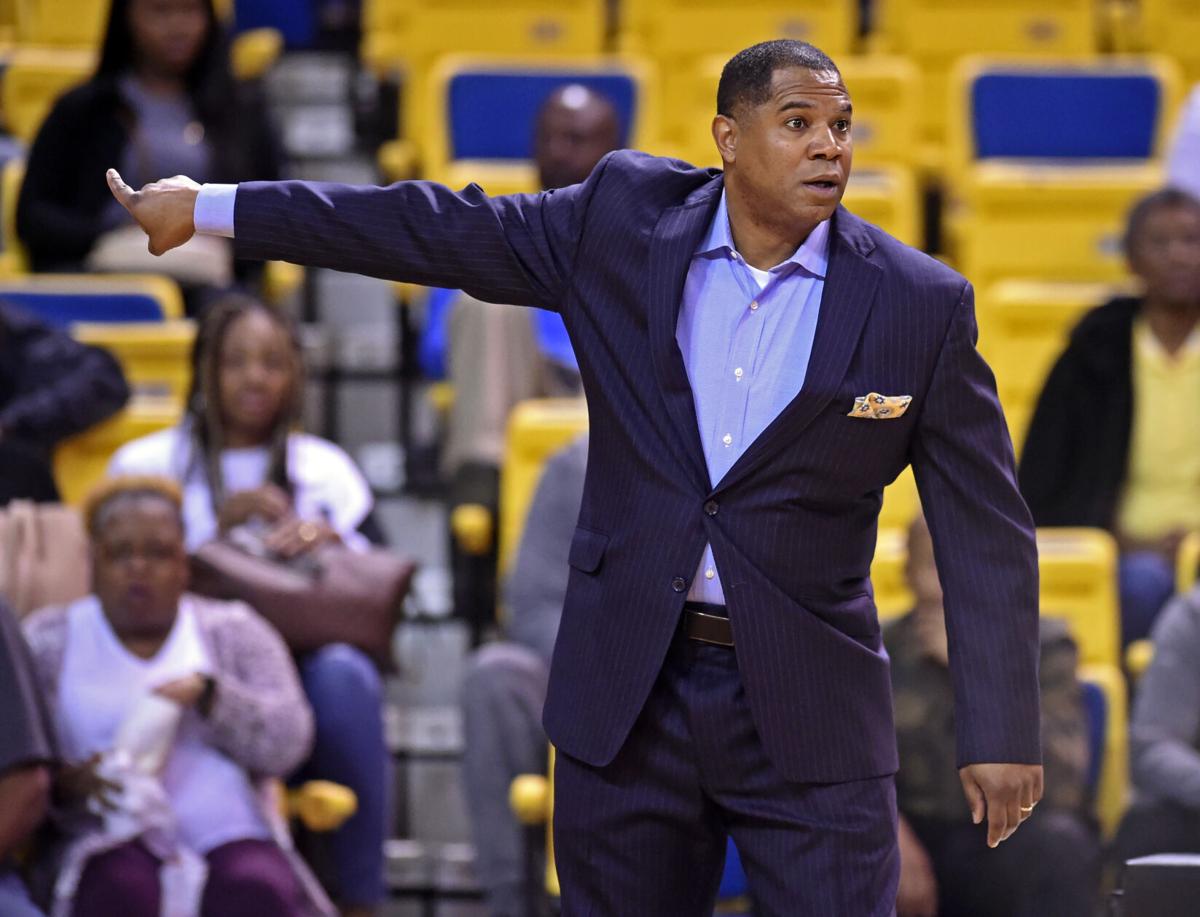 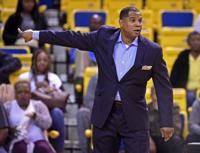 Southern coach Sean Woods directs players during a game against Alcorn State on March 2, 2019, at the F.G. Clark Activity Center.

Southern coach Sean Woods directs players during a game against Alcorn State on March 2, 2019, at the F.G. Clark Activity Center.

Last spring, before coronavirus restrictions were in place, Southern had what was probably the hottest men's basketball team in the Southwestern Athletic Conference.

The Jaguars won their opening-round game over Alabama State in the conference tournament.

That win gave Southern its eighth straight and 14 in its last 16, good enough for a second-place regular-season finish. Included in that run were wins over two of the SWAC’s top three tournament seeds, Prairie View and Texas Southern — both in the final week of the regular season.

All that momentum came crashing to the ground when the SWAC and NCAA tournaments were canceled because of the pandemic. Southern finished the season 17-15 overall and 13-5 in SWAC play. The question now is whether the Jaguars can get back to or exceed that level of play.

“The good thing is our older guys already know each other, and I think that sets us apart from a lot of teams in the league right now,” Southern third-year coach Sean Woods said. “We do have a lot of guys back. It's just a matter of getting back in shape and playing together so we can get that continuity back.”

Woods will ask senior guards Ashante Shivers and Micah Bradford to provide stability and foster a sense of continuity. The duo was named to the preseason All-SWAC second team in a poll that also tapped Southern for a second-place regular-season finish, just behind Texas Southern.

Shivers hopes to lead Southern all the way to the top of the standings. Last season, he averaged a team-high 9.5 points per game and led Southern in scoring in nine games. Bradford handed out a team-best 108 assists while scoring 8.8 points per game.

Southern signed three frontcourt players who will likely be in this year’s mix.

Harrison Henderson, a 6-foot-10 center, comes to Southern after seasons at USC and Milwaukee-Wisconsin. Also joining the Jaguars are Andre Allen, a 6-9 transfer from Arizona State, and Andre Toure, a 6-8 wing player from Howard.

The Jaguars also brought in two new guards. They signed 6-foot DeSean Woods, son of the coach, and 6-5 Samkelo Cele, who averaged 15 points and nine rebounds last season at Northeastern Oklahoma A&M. DeSean Woods played his senior season at The Dunham School in Baton Rouge before spending a year at Core4 Prep Academy in Georgia.

Blending the new players and the experienced returning players into a cohesive team will take time, Sean Woods said. He wants that to happen sooner than it did last season, when Southern hit its stride at the midway point of the conference schedule.

“I like our chances now that we’re able to just practice,” Sean Woods said. “We haven’t been able to practice a whole bunch so we’re still playing catch-up. Hopefully, we’ll survive the pre-conference schedule with the veterans that we have. By January, we can start clicking like we want to.”