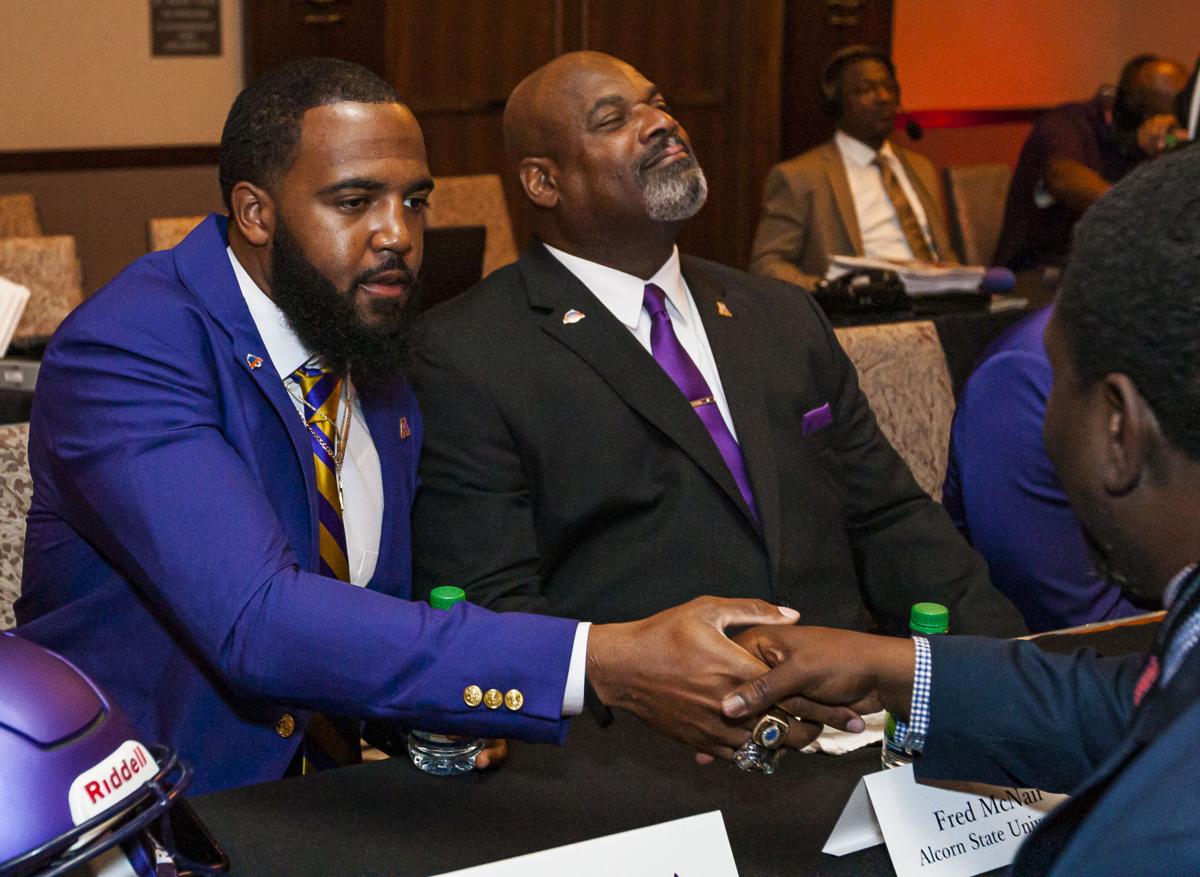 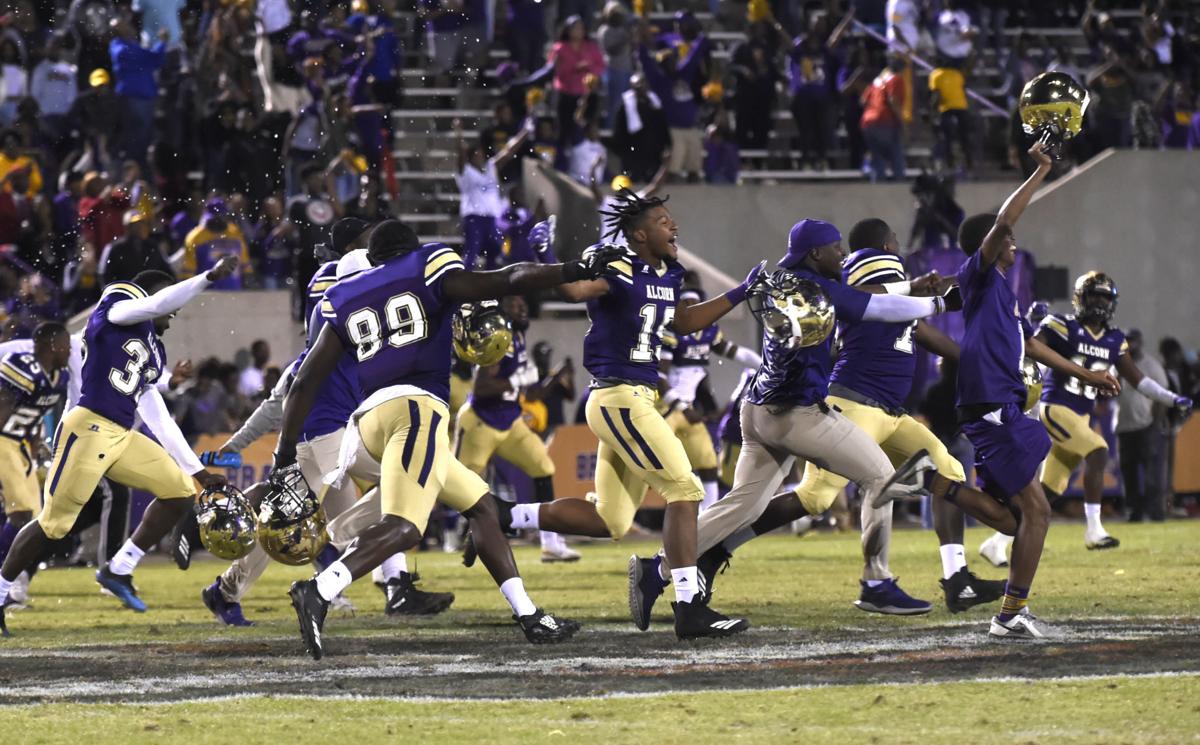 Alcorn State players rush onto the field at the end of the SWAC championship game at Spinks-Casem Stadium in Lorman, Miss., on Dec. 1. Alcorn triumphed over Southern 37-28.

Alcorn State players rush onto the field at the end of the SWAC championship game at Spinks-Casem Stadium in Lorman, Miss., on Dec. 1. Alcorn triumphed over Southern 37-28.

BIRMINGHAM, Ala. — Southern has stayed near the top of the Southwestern Athletic Conference since it promoted Dawson Odums to head coach.

But almost every season, Alcorn State has stuck in the Jaguars’ side.

Since he took over as interim coach in 2012, Odums has a 1-8 record against Alcorn, including two losses last year. The Jaguars’ season ended with a loss to Alcorn in the conference championship game.

“The way we lost that last game of the season, I think it has given us motivation in the offseason,” Odums said. “I have watched that film so many times.”

As Odums spoke, he sat behind a table inside the hotel conference room holding SWAC media day Tuesday. He thought back to last year’s conference championship game in Lorman, Mississippi. It was the first time the SWAC took its title game to an on-campus site.

The Jaguars, who last won the SWAC title in 2013, traveled to Alcorn one week after the annual Bayou Classic. They had to book hotel rooms, arrange travel and prepare for the top team in the conference. Southern had lost to Alcorn 20-3 during the regular season.

The championship turned into a shootout, and Southern led by one point in the fourth quarter. After quarterback Ladarius Skelton got hurt, Alcorn scored 10 unanswered points. For the second time in five years, Southern lost the title game to Alcorn.

“Every day,” Southern offensive lineman Jodeci Harris said, “you think about you came up short.”

The Jaguars return most of their roster this season, and Odums said he likes Southern’s depth. Harris and linebacker Calvin Lunkins believed in the team. The conference predicted Southern to win the SWAC Western Division again.

As much as Southern has drawn motivation from its season-ending loss to Alcorn, the Jaguars haven’t consumed themselves with thoughts of beating Alcorn. Harris is focused on McNeese, Southern’s first opponent.

During the offseason, Odums has focused on creating leadership and accountability within the team. He believed Southern could compete for championships if the players bonded, so he asked Tremaine Sterling to speak to the team.

Sterling runs 29:11 Academy, a nonprofit that tries to stimulate and inspire at-risk kids. He has presented two parts of a four-part series on leadership to the Jaguars.

“We're focused on every team,” Lunkins said. “We can't just focus on Alcorn because we played against them. We got to focus on every team because it's a new season.”

Alcorn brings back four starters on the offensive line. Most of the wide receivers return. So does the starting running back. Johnson said some incoming freshmen might play right away. The Braves have built a consistent program, winning three of the past five conference titles.

“At some point in time, the guys (have) got to be upset and they've got to be tired of losing,” Odums said. “Until they get to that point, winning won't find them.”

As Southern tries to win a conference championship and reach the Celebration Bowl, it will have to beat Alcorn State. On Tuesday, the conference released its predicted order of finish, voted on by the league’s head coaches and sports information directors.

Southern coach Dawson Odums: 'We’re motivated, eager to get back to work'

BIRMINGHAM, Ala — Southern University coach Dawson Odums goes out of his way to treat his 2019 prospects like he would any other season, even …