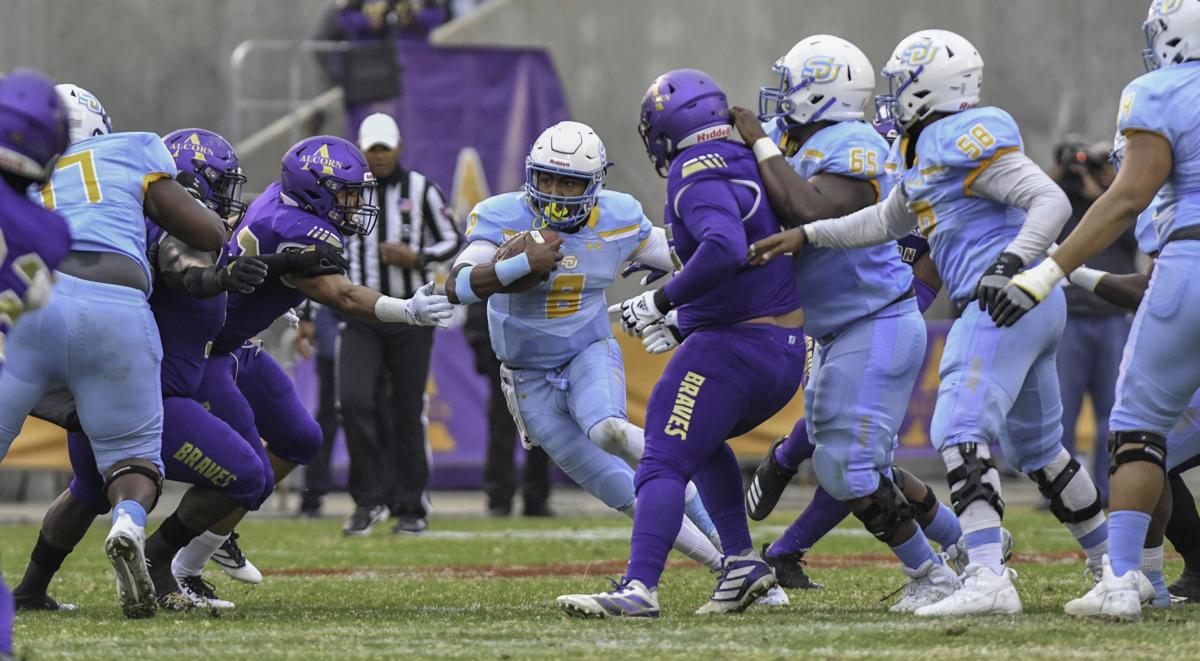 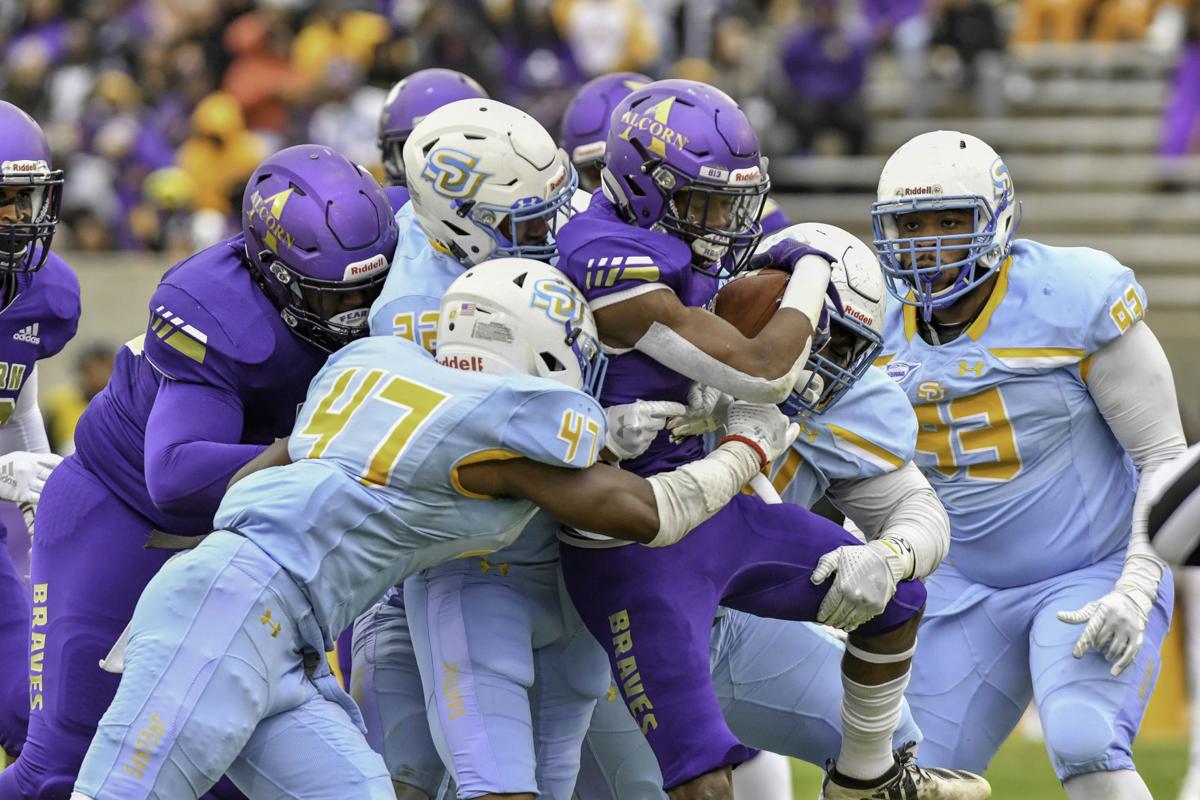 Alcorn State running back Nikon Duffey is wrapped up by several Southern defenders during the SWAC championship game Saturday in Lorman, Mississippi.

Alcorn State running back Nikon Duffey is wrapped up by several Southern defenders during the SWAC championship game Saturday in Lorman, Mississippi.

Those are just three of many adjectives that describe how Southern's state of mind.

Once again, the Jaguars were unable to overcome their archrival when Alcorn State took a 39-24 victory in the Southwest Athletic Conference championship game Saturday. The curse remains intact and the distance from Southern’s last conference title in 2013 grows longer.

No trip to the Celebration Bowl in Atlanta for the 18 departing seniors. Returning players descend to the bottom of the mountain to begin working their way back up, and hopefully beyond the title game, in 2020.

Jaguars coach Dawson Odums is also hurting, but that’s not for him to show. He spoke resolutely in the postgame news conference after swallowing another loss to the Braves, who have won 10 of the past 11 meetings with Southern, and their fourth conference title in six seasons.

“Beating Alcorn is a difficult challenge for us but we’ll figure it out,” Odums said with an eye to the future. “If you keep getting there (SWAC title game), you’ll win it. A lot of teams haven’t made it this far. We have to figure out how to get to the next step.

“When you lose a game of this magnitude, it hurts, but you can’t let losing define you, let it make you something you are not. We have to keep our composure, regroup and figure it out. When the 60 minutes is over, you can’t have regrets because you can’t go back.”

It will be hard to do especially considering that Southern played well in many respects, only to be undone by six turnovers among other mistakes that kept them from establishing control.

After being held to 75 yards rushing against the Braves in October, the Jaguars had 76 in the first quarter Saturday and finished with 251. Freshman Jarod Sims looked like a budding offensive star with 149 yards and a touchdown on 20 carries.

Defensively, Southern’s secondary was aggressive, picking off SWAC Offensive Player of the Year Felix Harper three times. In the first game, he threw for 277 yards and two scores but this time 226, almost half of that in the fourth quarter.

“They did some stuff like undercutting the routes, and had a couple of picks,” Alcorn coach Fred McNair said. “We had to settle our quarterback down to play the way he should play. They did a great job disguising their defenses.”

But for all the preparation, the Jaguars made too many errors. Poor kickoff coverage led to an easy 89-yard kickoff return for a touchdown by the Braves. Brandon Hinton muffed a kickoff out of bounds at the Southern 3 and two plays later a holding penalty in the end zone gave Alcorn two points on a safety. Three of the six turnovers came in the red zone.

The most obvious problem was one that has plagued Southern all season: quarterback Ladarius Skelton’s inconsistency. Skelton threw three interceptions, one a pick six to seal the game, and lost two fumbles.

Another pick came on a second-down play when he underthrew to an open Hunter Register in the end zone.

The fact he ran for two touchdowns and made some nice throws makes the defeat all the more galling.

Teams defend Southern by forcing Skelton to beat them passing and it worked this time. He started well, hitting 13 of 17 in the first half but he was five of 13 in the second for only 41 yards. He might be the team’s best runner but that means nothing if he’s not a threat as a passer.

Skelton has to find that fine line between unleashing his prodigious talent and playing within himself to avoid mistakes, all at the same time. Too many times Skelton ran away from the line of scrimmage to avoid a sack and was sacked anyway. His hesitancy to throw in rhythm results in missing open receivers. He also still has issues securing the ball when taking a hit.

The good news is Skelton can get better and returns as a senior in 2020 along with a strong core of players. The Jaguars’ program is maturing. Several young players saw action in 2019 that will move up to bigger roles next season and fill out depth charts that will make the team stronger, strong enough perhaps to finally take down Alcorn. Skelton will be a big part of that process.

“Ladarius is going to have an unbelievable offseason and get ready to have this bad taste out of his mouth,” Odums said. “All our quarterbacks are back. The leadership of the team will be new guys. He’ll be a senior. I think he’ll be OK.

“The young men we have coming back will begin preparing themselves for the next chapter in their lives. We were fortunate and blessed to be in this position.”