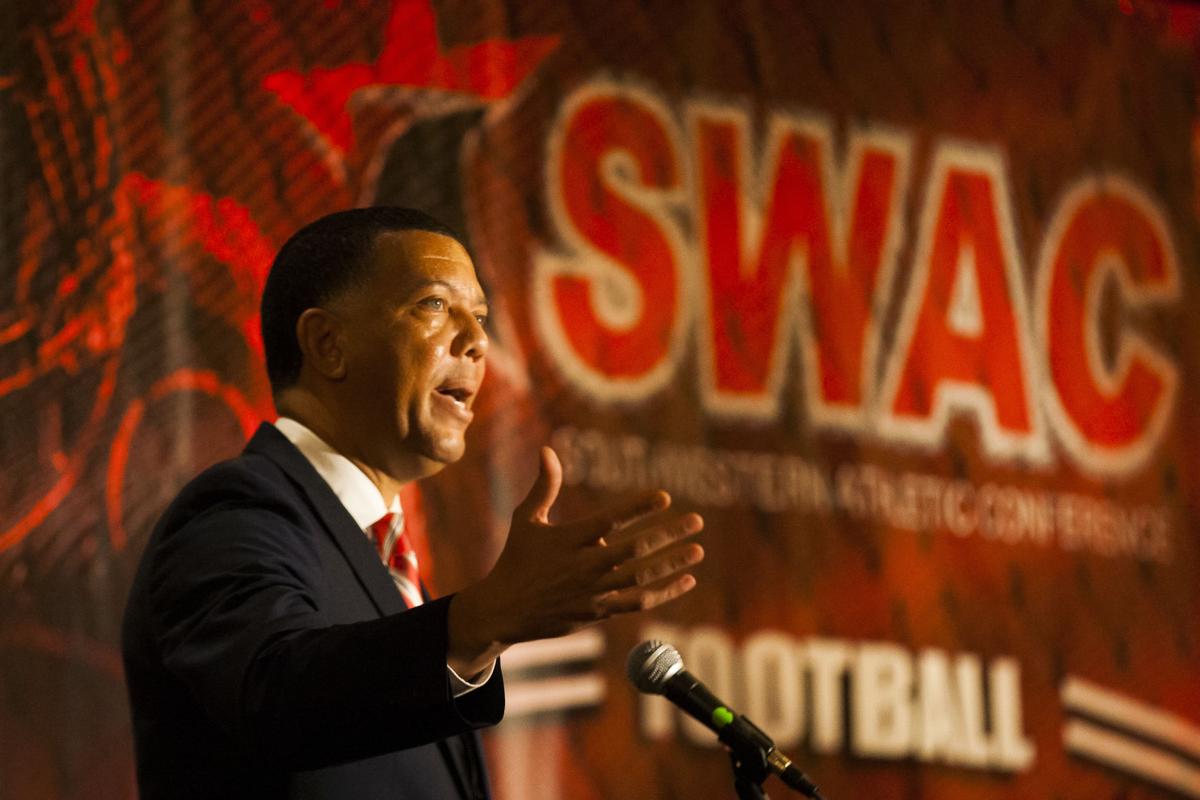 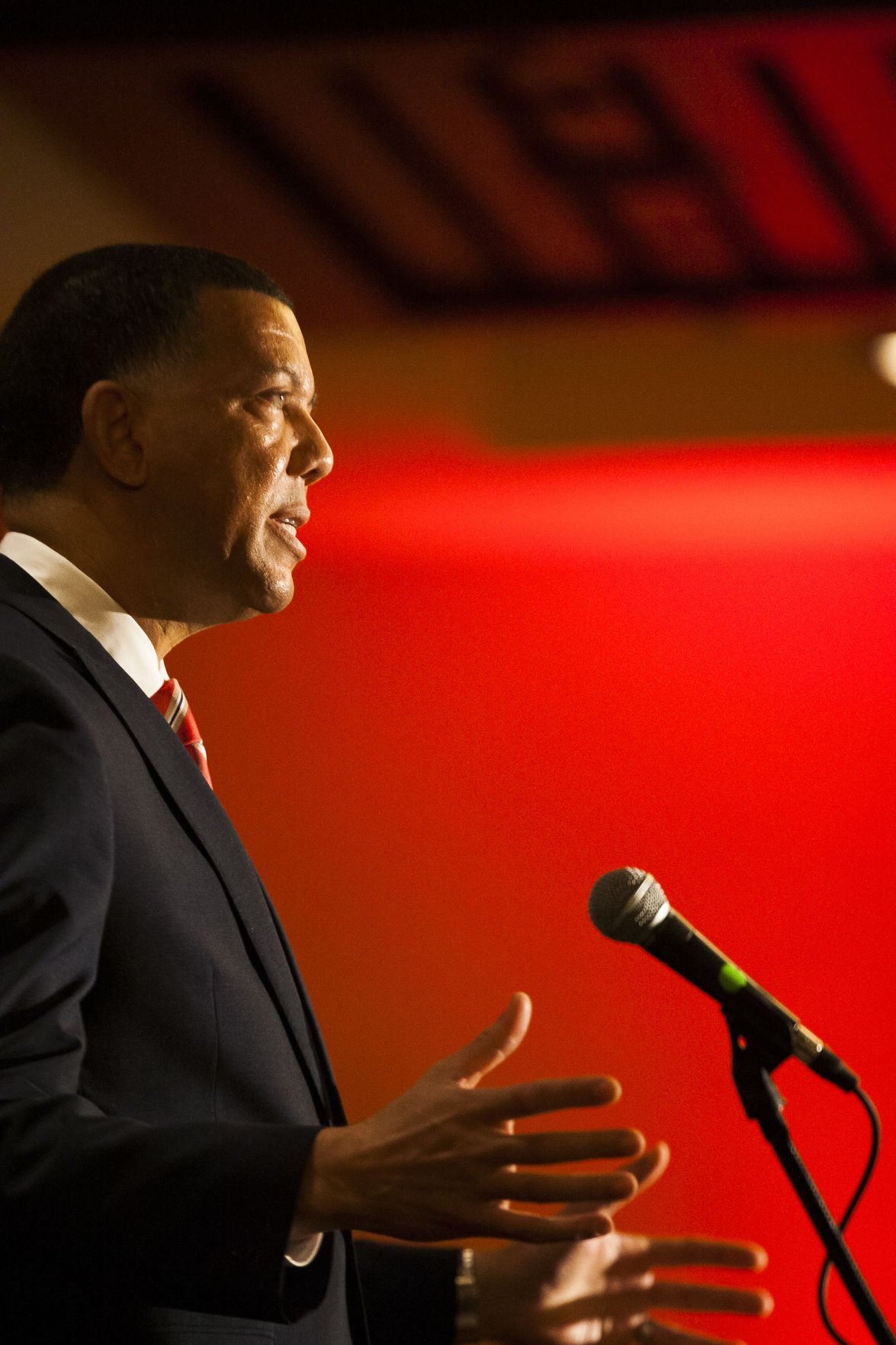 Charles McClelland's emotions were all over the place three weeks ago when he looked at his TV and saw some college football teams kicking off their seasons.

None of the games were being played at A.W. Mumford Stadium in Baton Rouge or Eddie Robinson Stadium in Grambling or any of the other eight state stadiums in the Southwestern Athletic Conference, the league where McClelland serves as commissioner.

Those stadiums, because of the COVID-19 pandemic, will remain empty this fall, which is why McClelland felt the way he did watching teams from other conferences play.

"Jealousy crept in that we weren't playing," McClelland said. "Anger that we were not playing. But at the end of the day, there was relief that we ultimately made the right decision to ensure the safety and well-being of our student athletes."

Five years after an injury that left him paralyzed, former Southern football player Devon Gales searches for his purpose and remains determined to one day walk again.

McClelland is the visionary leading the SWAC not only through a pandemic, but into the future.

When he made the decision in July to postpone league football until the spring, he admits it was "extremely tough." But it's one he doesn't regret. So when Southeastern Conference teams — many located in the same states as SWAC schools — begin play Saturday, McClelland won't second-guess himself one bit. He knows he made the right call for his conference, especially during a health crisis that is forcing teams to play games in stadiums with limited crowds.

"What would SWAC football be without fans in the stands, without the bands and without the tailgating," McClelland said. "What we are is so much of all those ancillary things outside of our football games."

The SWAC was the fifth conference to announce it was postponing football this fall. It was the first to have a definitive plan for the spring.

His planning began in March when the pandemic first hit. There was a plan to start on time, a plan to push the start back to later in the fall, and a plan to not play at all. And the one the league eventually decided on.

Throughout the process, McClelland communicated regularly with the presidents, athletic directors and athletes of the league's member schools as well as medical advisers who provided the expertise and data to help him make the decisions he needed to make.

McClelland has led that way even before the pandemic, beginning when he was named SWAC commissioner in the summer of 2018.

"Some people are tailor-made for certain situations, and I think he was tailor-made to lead the SWAC," Banks said.

SWAC blood pours through his veins.

SWAC ink pours over his résumé.

He's from Jackson, Mississippi. His parents graduated from Alcorn State. He graduated from Prairie View, where he later became athletic director before moving on to the same role at Texas Southern. So he knows how tough it is for SWAC fans not to spend their fall Saturdays doing what they so love to do.

"It's been a part of my life ever since I can remember," McClelland said. "So this is the first year of my very existence of no football in the fall. But as time goes on, I'm becoming more and more excited about the opportunity to play in the spring."

McClelland is also excited about the SWAC beyond the spring. His vision is to make it the premier conference in the country. In just two years, he's already made strides, especially financially. The SWAC had a budget deficit when he took over.

And while revenue is growing under McClelland, so is the conference itself. Florida A&M and Bethune-Cookman are packing their bags and leaving the Mideastern Athletic Conference for the greener pastures of the SWAC in the fall of 2021. Adding the two Florida schools and their media markets should help even more with the revenue. Even more exposure is sure to come now that Jackson State hired Hall of Famer Deion Sanders as its head coach on Monday.

"We want to increase our overall level of competitiveness, increase our media accessibility and ultimately we are going to be able to redistribute those media rights funds to make our member institutions even stronger," McClelland said. "And it's going to be a repetitive, cyclical process. We bring in the revenue, we give it back to the institutions and it makes them stronger and us stronger."

McClelland doesn't take all the credit for his success. It's been a collaborative effort from the athletic directors, presidents and athletes. It helps that in 2019 he formed the SWAC Commissioner’s Advisory Board, comprised of high-level executives and leaders in various fields.

Sekou Smith, a senior analyst for NBA TV and NBA.com, serves on the board and said he has been impressed with what he's seen.

"Dr. McClelland is an innovator and really a visionary in terms of the concepts he has for taking the SWAC into a completely new direction," Smith said. "That's both in terms of the quality of the partnerships that have been created on his watch, and I think, even more importantly, the quality of the experience for the student-athletes throughout the conference. He crafted a plan for putting the SWAC on another level in the college athletics landscape, changing the perception of the league beyond the traditional footprint and doing things in a way that speaks to the present and future of where the SWAC fits on a national level. It's a brilliant concept that I feel was long overdue and he's brought it to life."

Bringing things to life is what McClelland does.

He turned things around at Prairie View, taking over a down-in-the-dumps athletic program in 2001 that offered just 13 football scholarships and had experienced just one winning season since 1964. They had their first winning season and a full allotment of scholarships in basketball and football by the time he left in 2008.

He also turned things around at Texas Southern, both in sports and in the classrooms. There, he helped take an athletic program with the nation's lowest graduation rate to one where the APR was 967 (out of 1000).

So the SWAC's resurgence under his leadership probably shouldn't come as a surprise.

But he's always striving for more. For instance, he doesn't want to see his basketball programs always being the 15th and 16th seeds in the NCAA tournament. So he's looking at scheduling models that would help his team's seedings. If there is a way to improve in any area, McClelland plans to find it.

"The history and tradition is here," McClelland said. "We just have to pull it all together and show who we were, who we are and who we will continue to be. The biggest piece we have found over the past year and half is we know what our worth is. And we are going to demand we be treated fairly and compensated accordingly for our worth. And our worth is significant and we are going to continue to blaze forward that path. We are one of the premier conferences and we are striving to be the premier conference."

If the SWAC gets there, it'll be because of McClelland, a former accountant who had no plans to go into athletics but eventually found himself there when asked to take over at Prairie View. He was 29 at the time, the youngest athletic director in the country. He climbed the ladder to conference commissioner, and now he's trying to make sure the conference climbs the ladder, too. He's leading it through a pandemic, but his vision goes far beyond that. He has big dreams for the SWAC, looking to add to the accomplishments he made first as an athletic director and now as a commissioner.

"If you had told me all those things would happen, I would have said you're crazy," he said. "Still today I have to go home and pinch myself just to make sure this is not a dream. I'm trying not to wake up. This is a dream come true."

The next Bayou Classic is leaving bayou country but staying in Louisiana.