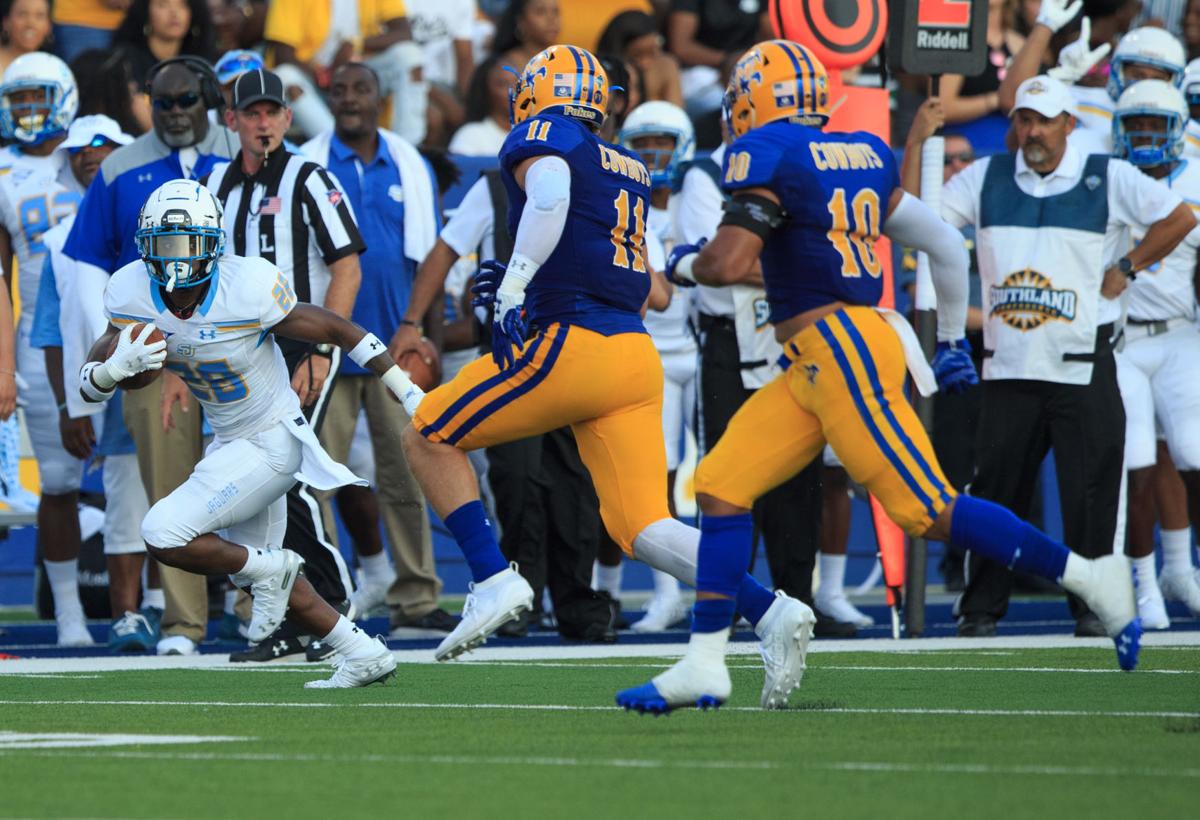 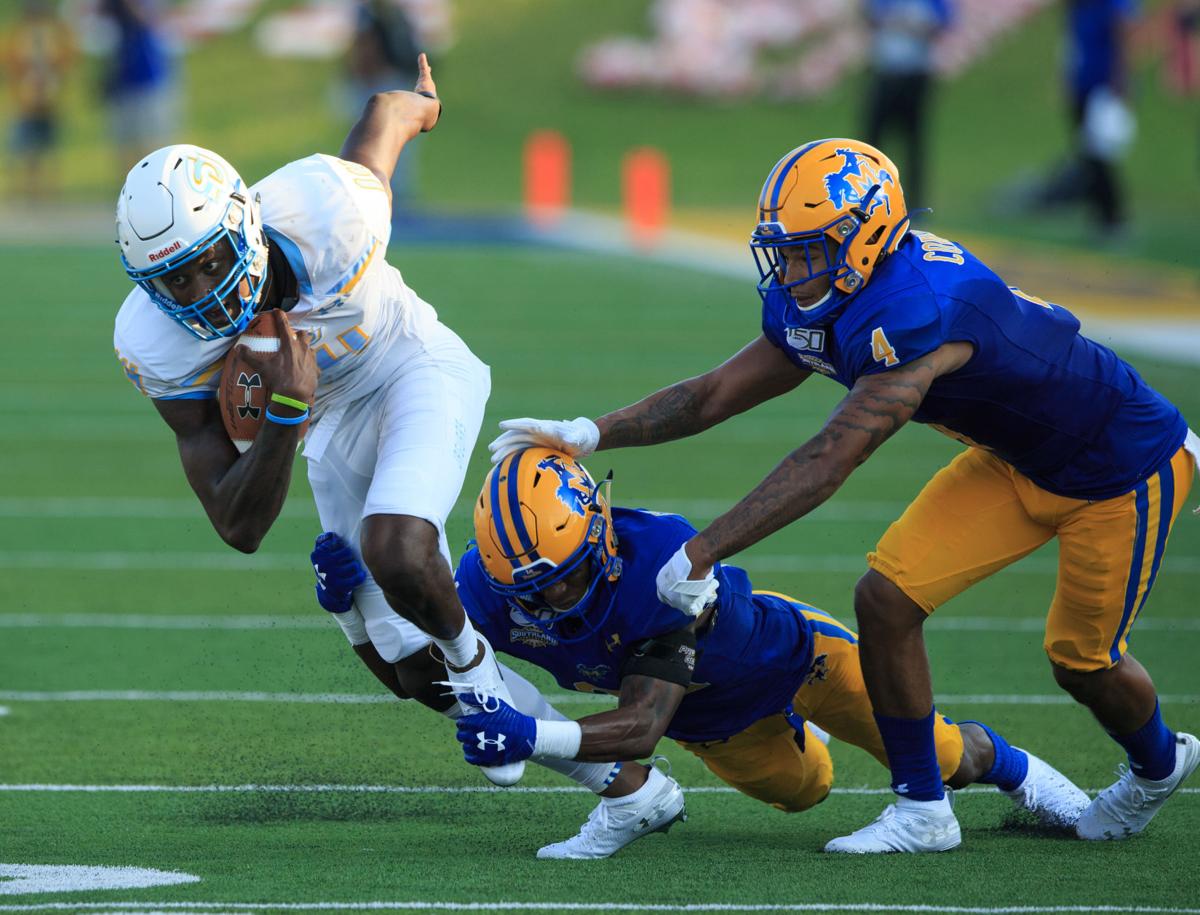 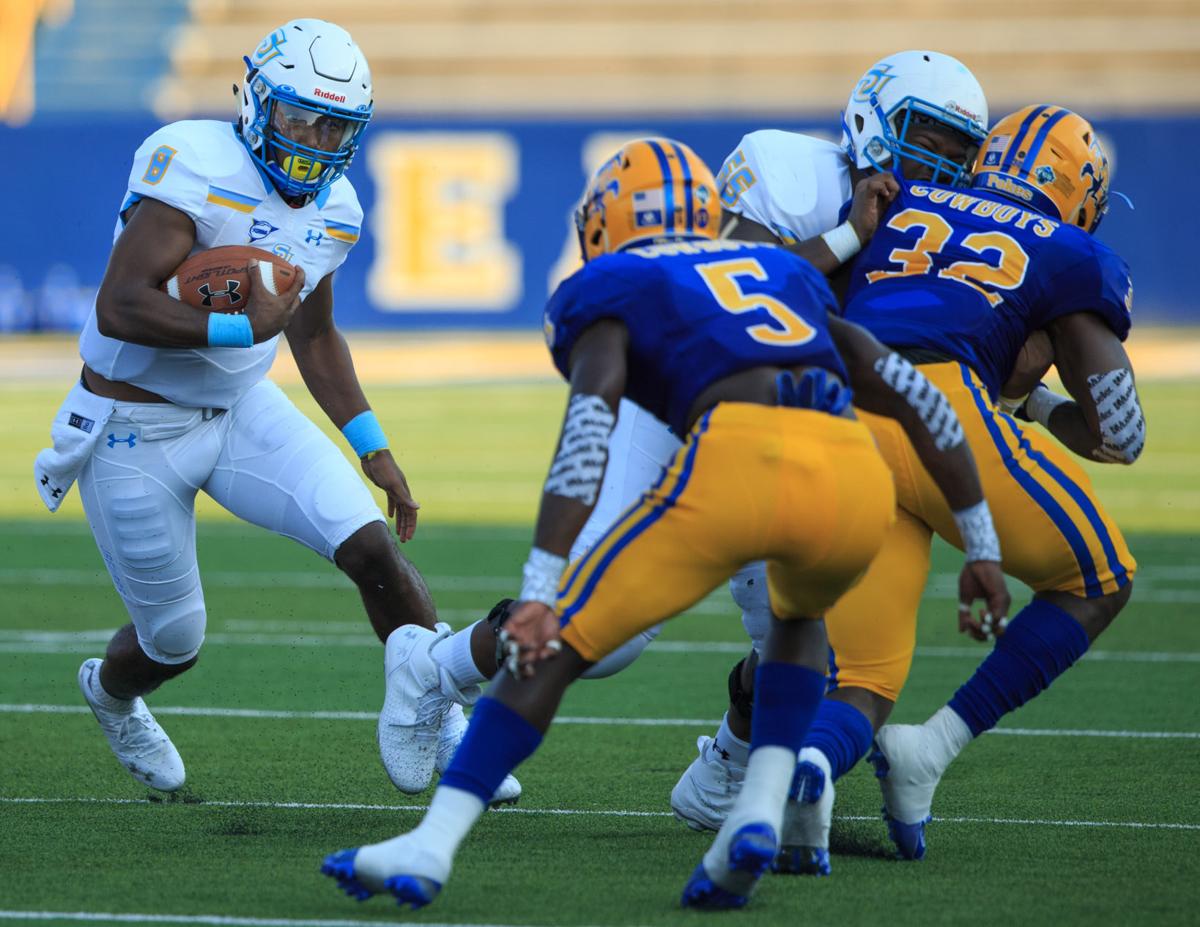 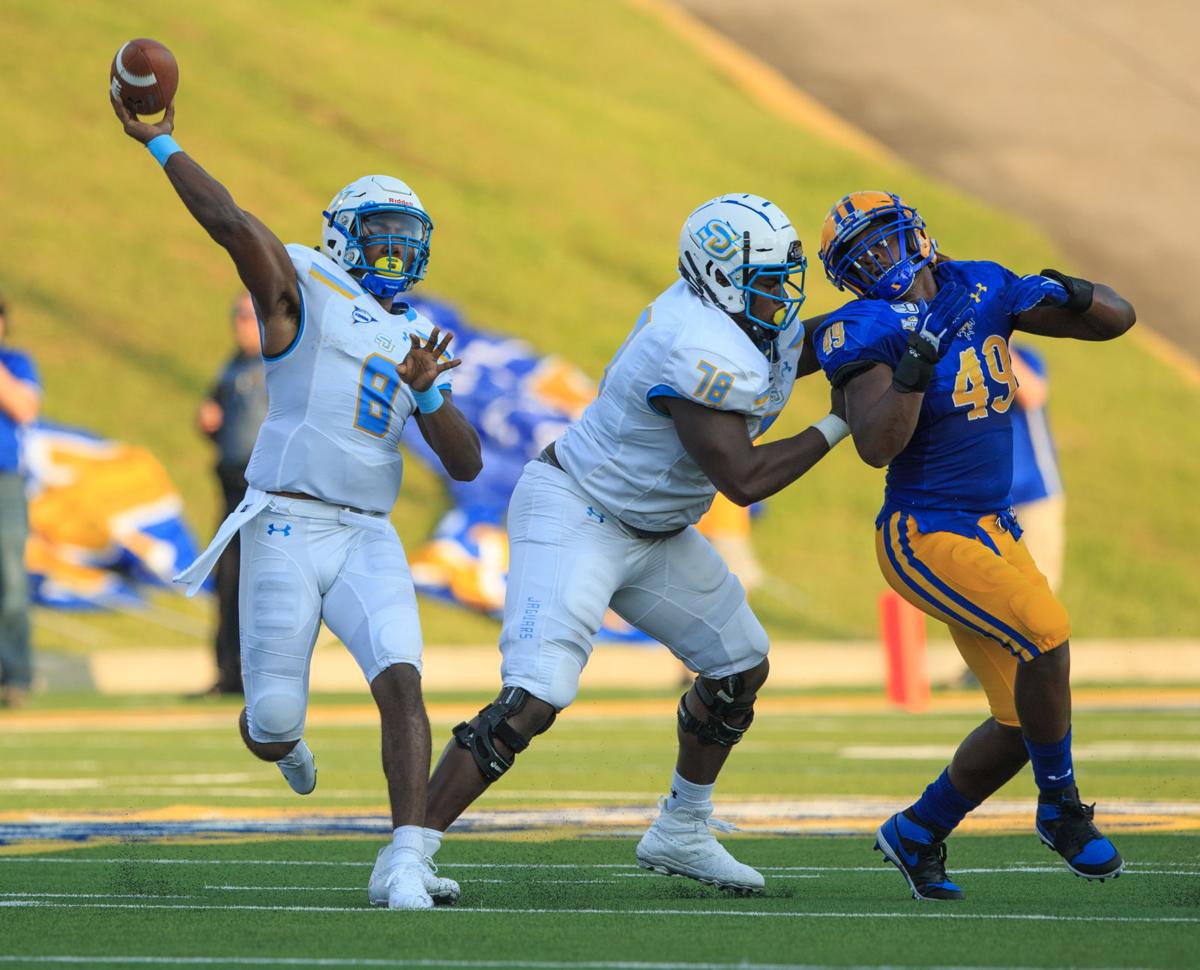 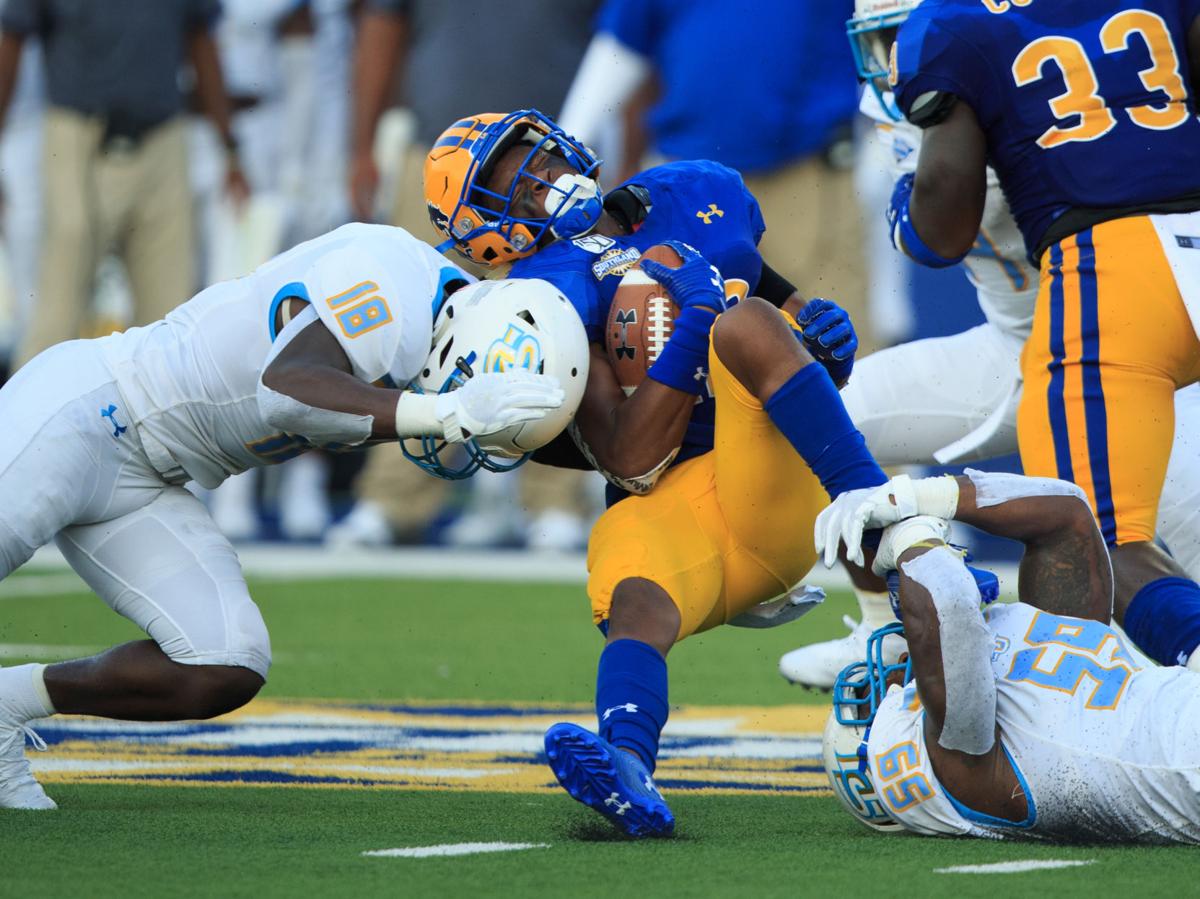 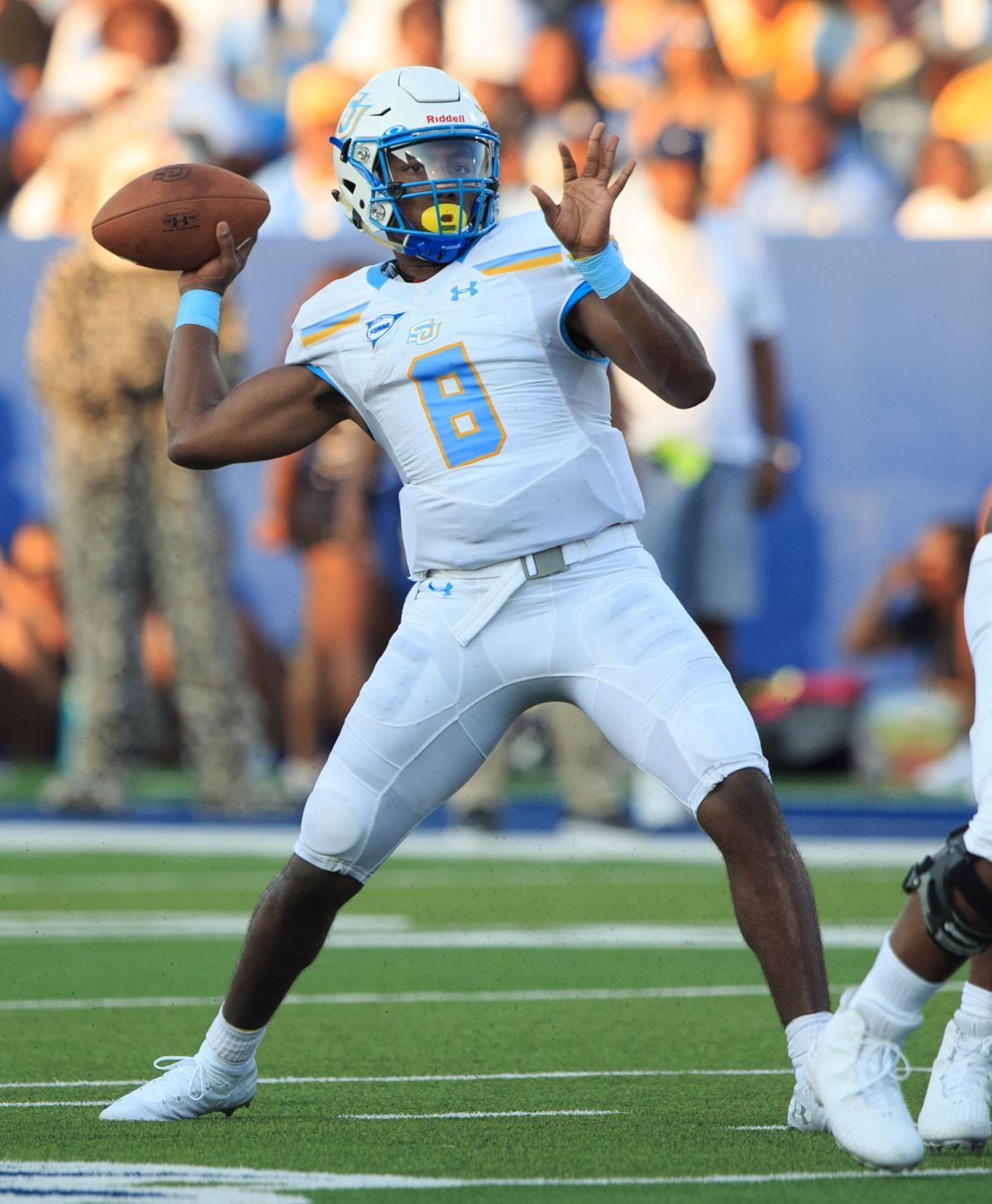 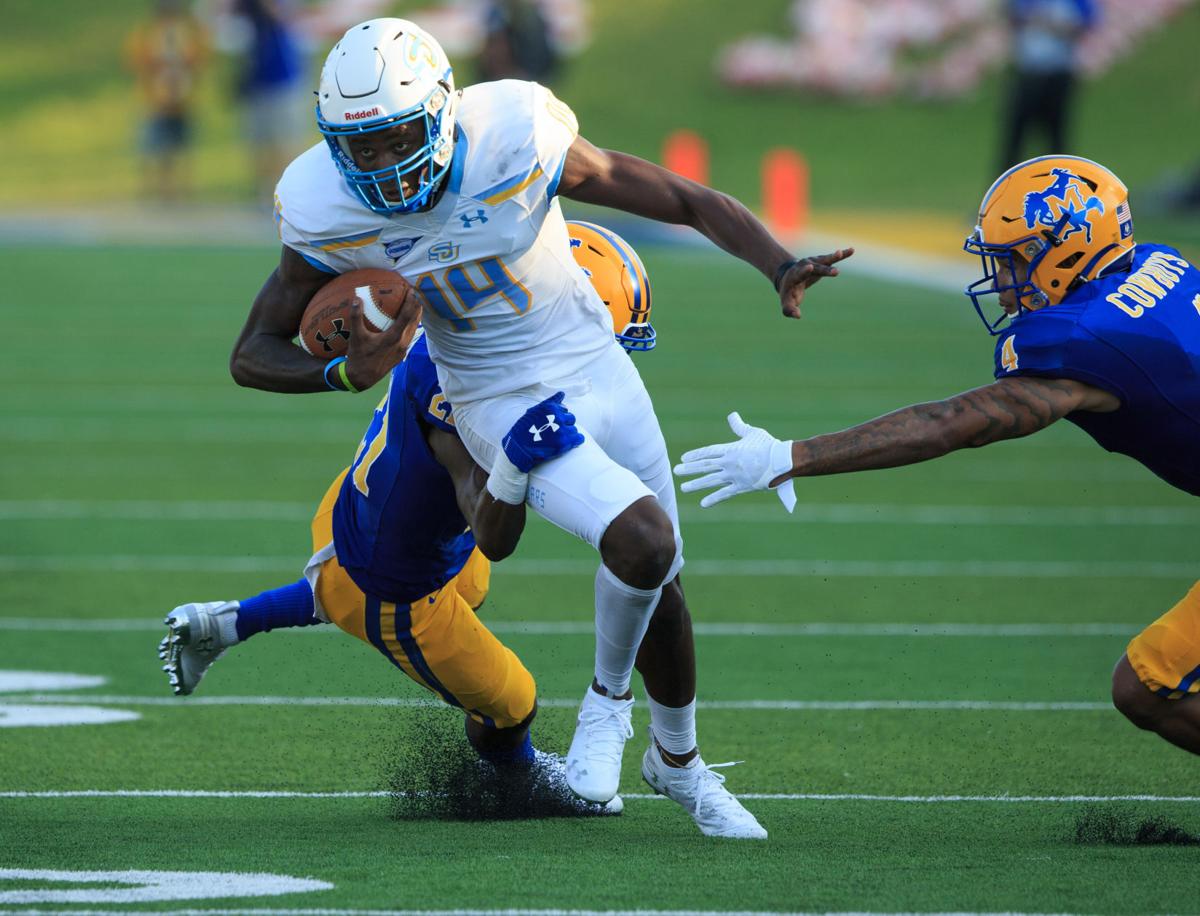 The Jaguar Nation made its presence felt in Southern’s first trip to Cowboy Stadium.

With the large influx of Southern fans, McNeese State set a school record crowd of 20,437 on Saturday night to watch their Cowboys edge the Jaguars 34-28. The previous record of 20,300 was set in 2002 against Grambling. Capacity was set at 17,410 in 1991, and prior to that crowds were estimated.

“We’ve got some of the best fans, but it's also disappointing when we don’t perform the way we need to for them,” Southern coach Dawson Odums said. “They do a great job supporting our program, but we didn’t do a great job of helping them leave here happy.”

Southern placekicker Cesar Barajas went beyond the call of duty on the game’s opening kickoff and paid a price for it. After kicking off, Barajas went flying in for a tackle on McNeese return man J’Cobi Skinner and made the stop, but injured his left knee on the play and had to be helped from the field. Barajas returned to kickoff the next time Southern scored but stayed farther from the action.

The game was only the second meeting between the schools who played at A.W. Mumford Stadium in the 2004 season opener. McNeese won that game, 35-17. The two were scheduled to play at Cowboy Stadium in 2005 but the game was canceled because of Hurricanes Katrina and Rita.

Southern’s Human Jukebox marching band made the trip and took up residence in the northeast corner of the visitor’s side. It won’t be their most notable appearance during this college football season. The band will perform and march in the 2020 Rose Bowl Parade on Jan. 1 in Pasadena, Calif. The band has performed in six Super Bowls.

Southern’s defense under first-year coordinator Lionel Washington proved to be stingy most of the night before tiring in the fourth quarter. McNeese scored its first three touchdowns after taking possession on short fields inside Southern territory. The Jaguars held McNeese to 167 total yards through three quarters, an effort that kept Southern within striking distance for much of the game.

Southern averaged 200 yards per game rushing last season and 4.9 yards per carry. Against McNeese, Southern came up short with numbers that were half last season’s average. For the game, Southern gained 103 yards on the ground but it needed 40 attempts to reach that total, an average of 2.6 yards per rush.

Southern fumbled away two McNeese punts in the game. More concerning: for the game Southern had six fumbles and lost five. For all of last season, Southern had seven fumbles while losing six.

Despite strong finish, Southern's five turnovers too much in loss to McNeese

Southern hit some high notes in its 2019 season opener at McNeese, the kind that often result in victory.