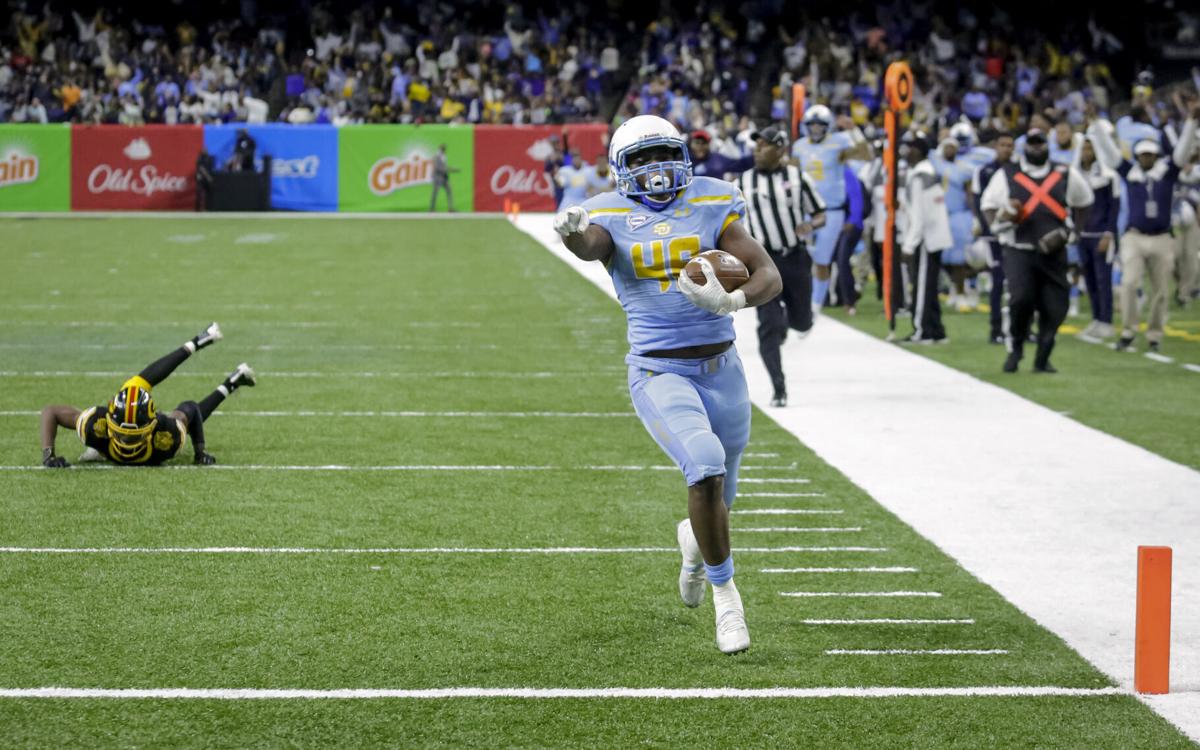 Southern running back Jarod Sims scores the winning touchdown against Grambling during the second half of the 46th Annual Bayou Classic on Nov. 30, 2019, at the Mercedes-Benz Superdome in New Orleans. 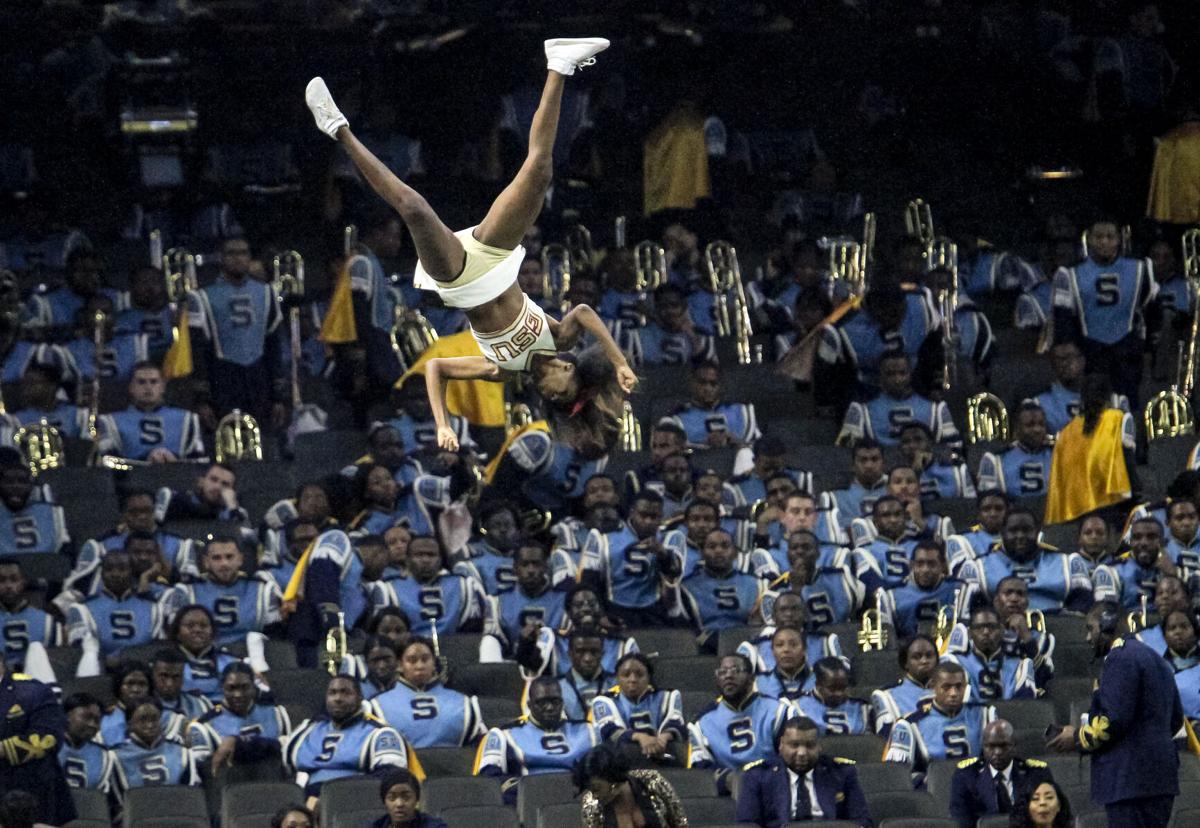 A Grambling cheerleader soars above the crowd during the second half of the 46th Annual Bayou Classic on Nov. 30, 2019, at the Mercedes-Benz Superdome in New Orleans.

Southern running back Jarod Sims scores the winning touchdown against Grambling during the second half of the 46th Annual Bayou Classic on Nov. 30, 2019, at the Mercedes-Benz Superdome in New Orleans.

A Grambling cheerleader soars above the crowd during the second half of the 46th Annual Bayou Classic on Nov. 30, 2019, at the Mercedes-Benz Superdome in New Orleans.

The next Bayou Classic is leaving bayou country but staying in Louisiana.

Because of the COVID-19 pandemic, Southwestern Athletic Conference schools voted during the summer to play a conference-only spring season beginning in late February. The Classic will close the regular season for both teams.

Moving the season to the spring created a conflict in reserving the game's usual site, the Mercedes-Benz Superdome, which will be undergoing major renovations after the New Orleans Saints' season ends. But Shreveport mayor Adrian Perkins stepped in and pushed hard for moving the game north.

Southern athletic director Roman Banks said Perkins and his team were persistent in staying in the loop with both schools, the Bayou Classic Committee and the New Orleans Convention Company Inc., which puts on the Classic.

“They really stepped up to the table, and it paid off for them,” Banks said. “The main key for both universities is we wanted to play in Louisiana. When you talk about COVID, the possibility of an outside stadium is good and the seating capacity played a huge role.”

“The city was so open and receptive, it was a no-brainer,” he said.

The game was moved to Houston in 2005 because of Hurricane Katrina.

Southern has gone through conditioning and weight training the past several weeks preparing for its opening game Feb. 27 at Alabama State, part of a seven-game spring season. Coach Dawson Odums agreed it was important to keep the game in Louisiana.

“Thank you to the city of Shreveport for keeping this game in Louisiana,” Odums said at a news conference Monday in Shreveport. “Months ago, we didn’t know what the game is going to be like.

“It’s exciting to be here. Our players will be excited no matter where you play the Bayou Classic. They love playing in Louisiana because a majority of both teams are from Louisiana. This is the pride of Southern and Grambling. There’s no greater event in HBCU (football) than the Bayou Classic.”

The move puts the game in Tigers country, because Grambling is 65 miles from Shreveport. The Tigers are set to begin their six-game schedule at home against Prairie View on Feb. 27.

Grambling coach Broderick Fobbs said playing the game in Houston in 2005 because of Hurricanes Katrina and Rita didn’t feel right.

“This event is so amazing; it needs to be in Louisiana,” Fobbs said. “There was a time we thought the Louisiana boundaries went over to Texas to play this game. The shrimp didn’t taste the same.

“We’re so appreciative to Mayor Perkins for having us and everybody involved in keeping this game in Louisiana. It’s going to be big to play in North Louisiana; Shreveport is our second home and has always been good to us when we’ve come here and played.”