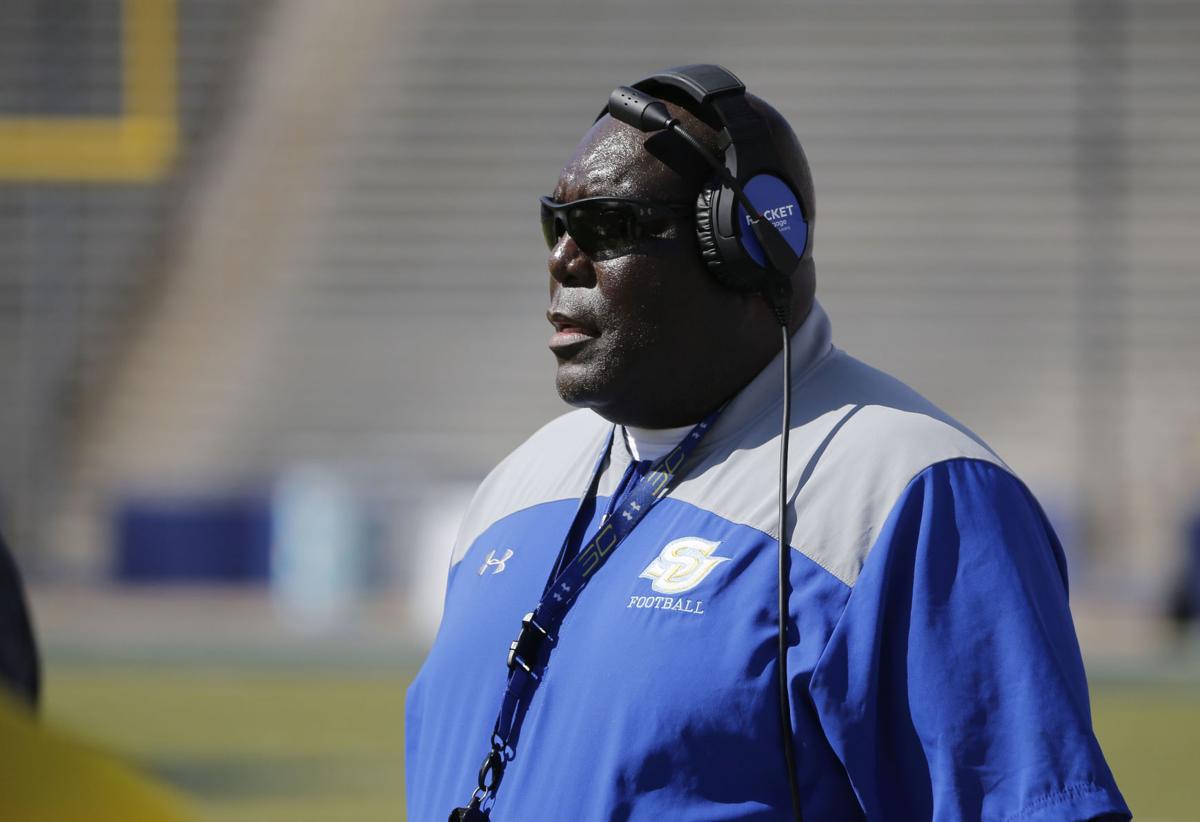 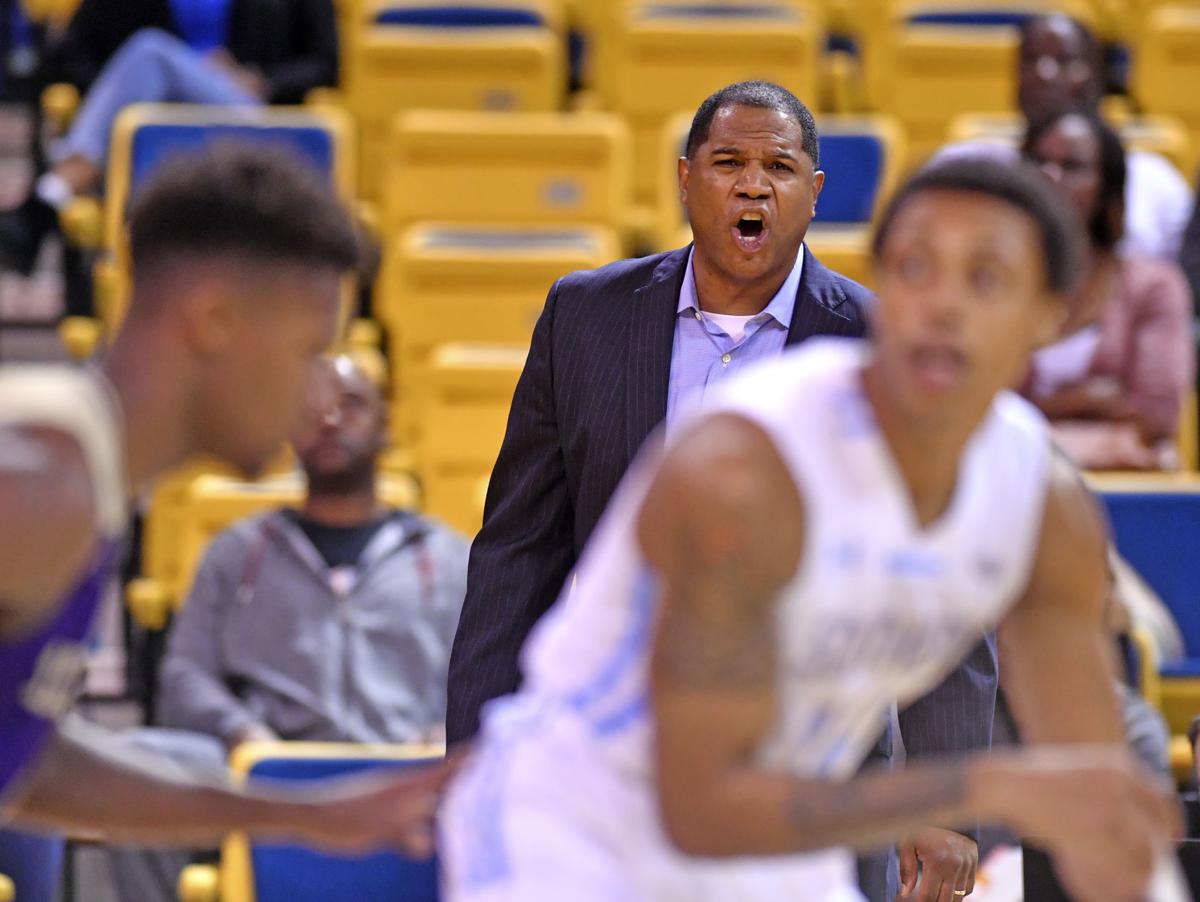 Southern coach Sean Woods shouts instructions during a game against Alcorn State on March 2, 2019, at the F.G. Clark Activity Center. 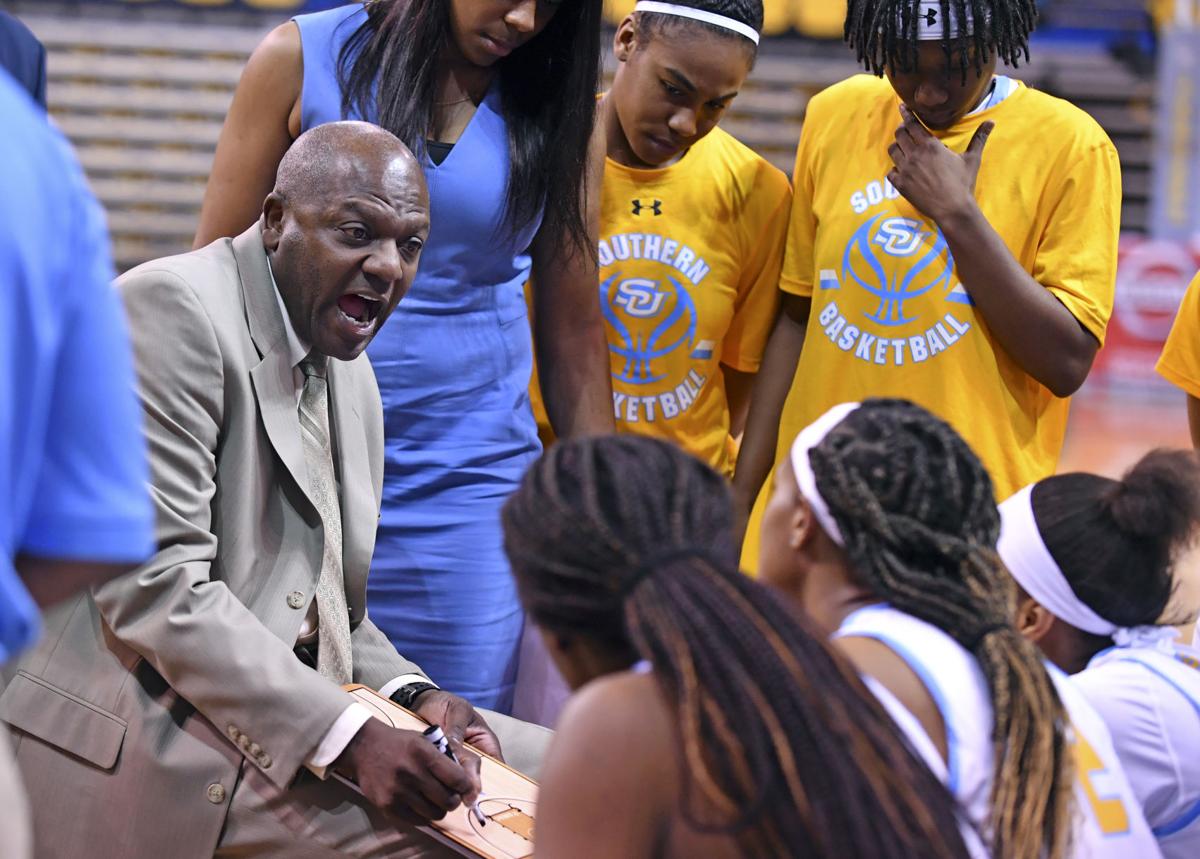 Southern coach Carlos Funchess speaks with his players during a timeout against Alcorn State on March 2, 2019, at the F.G. Clark Activity Center.

Southern coach Sean Woods shouts instructions during a game against Alcorn State on March 2, 2019, at the F.G. Clark Activity Center.

Southern coach Carlos Funchess speaks with his players during a timeout against Alcorn State on March 2, 2019, at the F.G. Clark Activity Center.

Southern athletic director Roman Banks requested the extensions in keeping with the NCAA's decision last year to grant an extra year of eligibility to athletes because of the impact of the coronavirus pandemic.

“I made the recommendation that because of the pandemic and the uncertainty of what is going on — students opting out, games being canceled, seasons canceled — it was fair to give all coaches a year back on their contracts,” Banks said. “There was no opposition; it passed unanimously. I think everyone understands that if you can’t truly have a season, how can you be evaluated? It was the right thing to do. It meets the unexpected changes they meet now and in the future.”

Woods is 0-4 in his third season and 24-43 overall. Five of the Jaguars' games this season have been canceled or postponed, and they were set to open SWAC play Saturday at Grambling.

Funchess is in his third season, having guided the Lady Jaguars to a 20-13 record, the SWAC title and an NCAA Tournament berth in 2019. He was named SWAC Coach of the Year and Maggie Dixon Rookie Coach of the Year in 2019.

The coaches' extensions do not include raises. Odums will make $210,000, Woods $125,000 and Funchess $115,000. Odums is currently in the second year of a two-year extension signed after the 2019 season. Woods' contract was set to expire after this season.

The board also approved interim baseball coach Chris Crenshaw’s $65,000-per-year salary. Crenshaw was named head coach for the 2021 season to replace Kerrick Jackson, who resigned to take a job as president of the newly founded Major League Baseball Draft League.

Crenshaw, a former Jaguars pitcher, was hired as Jackson’s assistant and pitching coach in January 2019 and helped Southern to a 34-24 record, SWAC title and NCAA Tournament berth that year.