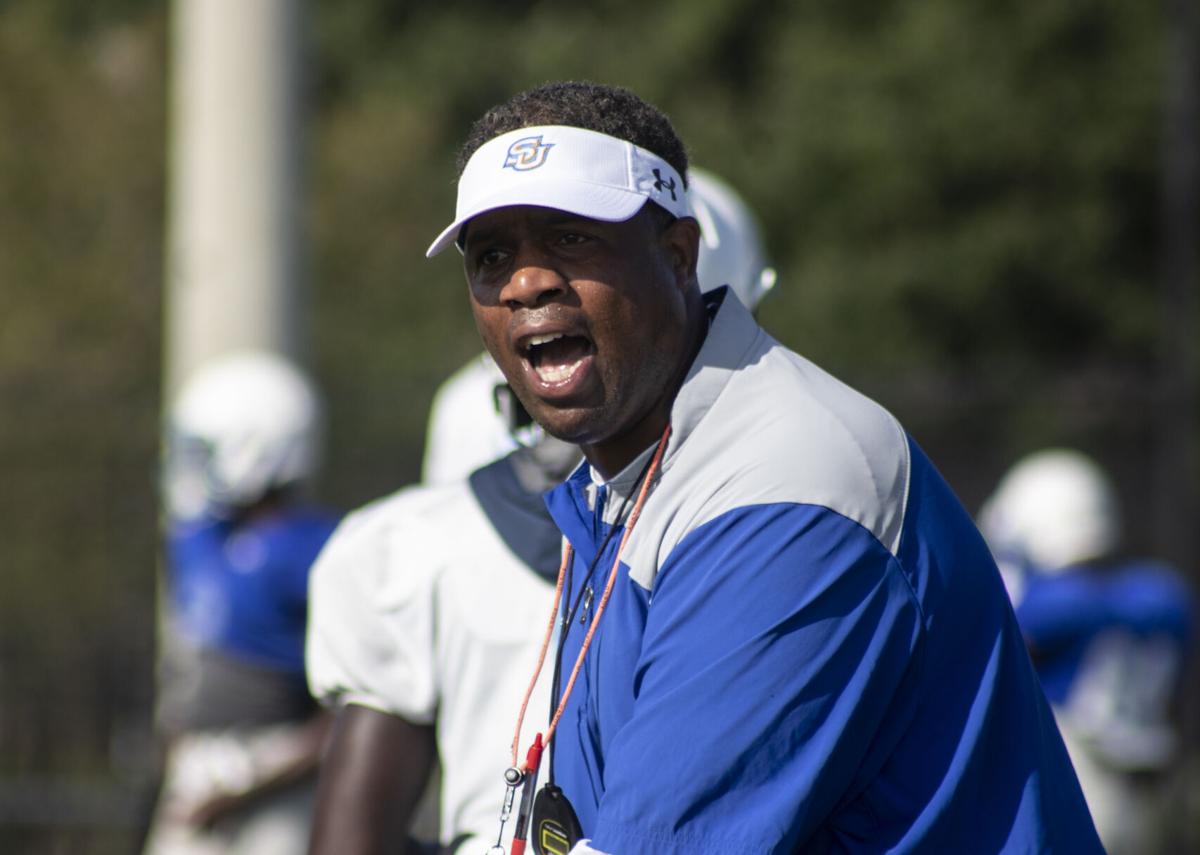 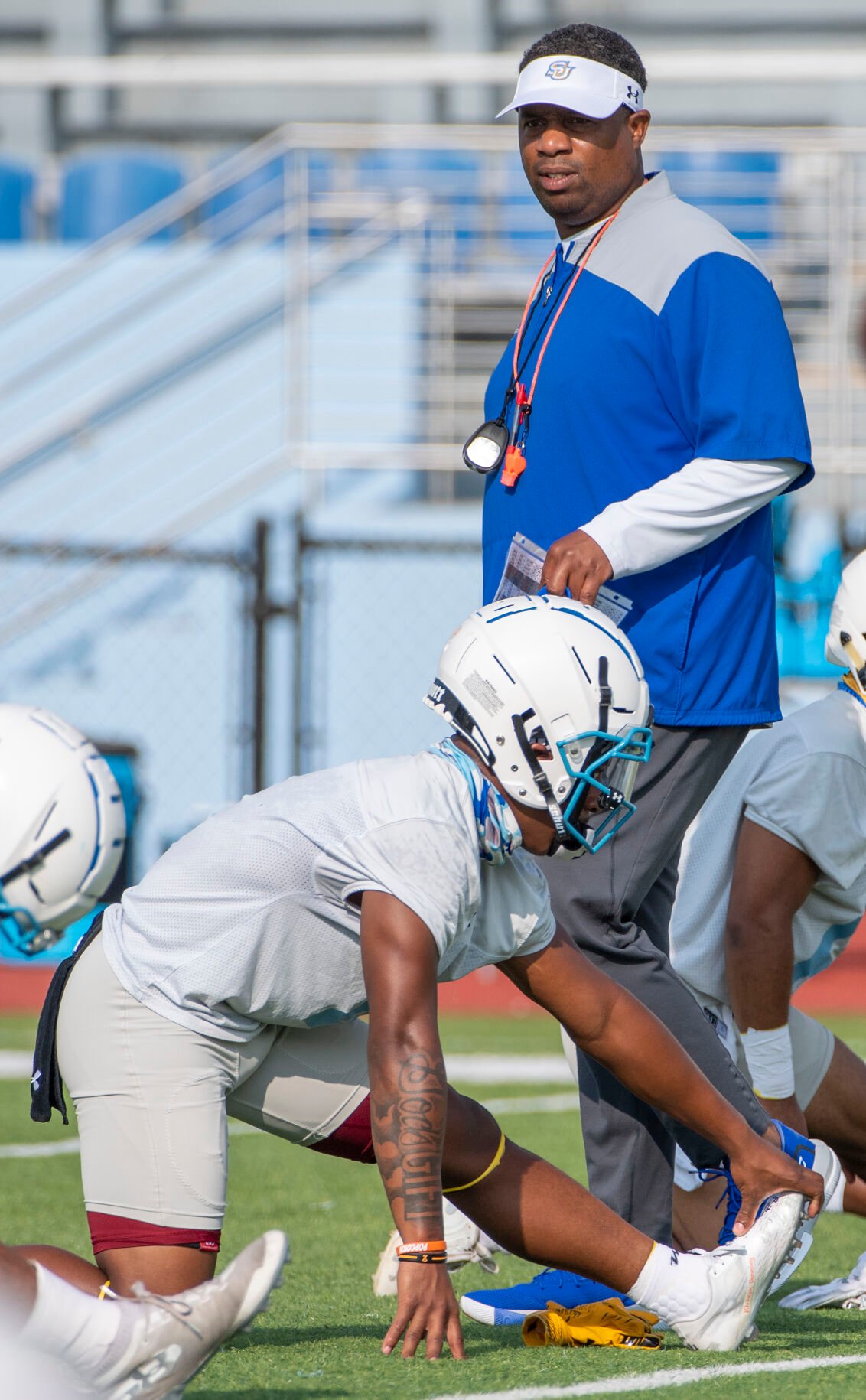 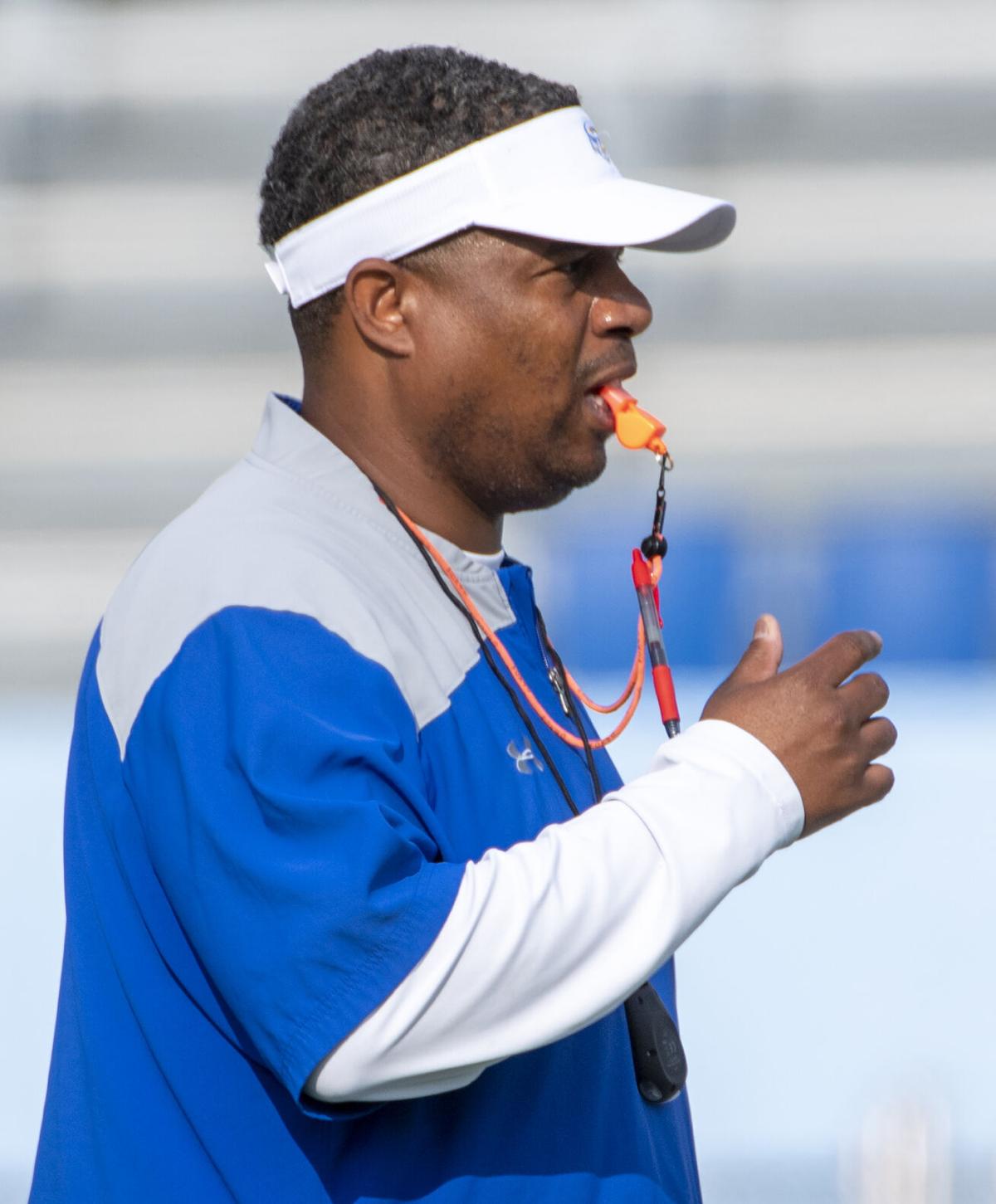 TROY, Ala. — The opening kickoff in Saturday’s Southern University vs. Troy game won’t just kick off the 2021 season, but also the head coaching career of the Jaguars’ head man, Jason Rollins.

Season openers are nothing new to Rollins, 25 years an assistant, and yet the moment will be special. It’s also one the ever-humble Rollins has done his best to tamp down.

“It’s hard to answer; I can’t lie,” Rollins said when asked what it will be like to lead the Jaguars as Southern’s 19th head coach. “I won’t know that feeling until it actually happens. Every day you have your head down, going to work. You raise up for game time. Right now we still have our heads down digging.”

Keeping his nose to the grindstone was necessary in that he was named interim coach barely three months ago. With pandemic restrictions eased and almost the entire team returning, Rollins theme has been efficiency and focus.

“We try to prepare for all the situations, but when the lights come on, that’s when it’s for real and the bullets start to fly,” Rollins said. “Hopefully our summer preparation, our spring prep, meetings and field time creates a lot of muscle memory.

Southern is stepping up in class against the FBS Trojans, who went 5-6 last fall as a Sun Belt Conference member. Third-year coach Chip Lindsey is a former offensive coordinator at Auburn who is 10-13 overall, but brought in Missouri transfer quarterback Taylor Powell to operate the no-huddle offense.

Troy’s offense is patterned after that of Mississippi State coach Mike Leach, which means lots of passes and running plays up tempo. Defensively, the Jaguars will be facing a team that had 66 tackles for loss in 11 games last season.

“They push the ball down field with a fast pace, creating one-on-one matchups,” he said. “You can’t sleep on the run game either. When you think you can play pass, they have a running back who can go the distance. It’s a challenge to get ready for.”

Powell hasn’t played since the 2019 season at Missouri and has one career start.

“We like to prepare on everything and everyone that’s going to affect the game,” Rollins said. “Not being able to see much on him is a big unknown. The challenge is to see what he is and can do early, we know what his stats say and where he came from. We know he’s a very good player because of that.

“On defense, they’re aggressive with a multiple 4-2-5 defense. They can give you several fronts and coverages without changing personnel, We have to line up and get our feet placed and role sound. Every play has a role and we have to execute according to that.”

Rollins said he thinks his team matches up well with the Trojans. Quarterback Ladarius Skelton gives Southern a dual threat at quarterback, and the Jaguars have had the best running game in the SWAC the past two seasons. A veteran offensive line returned intact and with some improvement from Skelton in the passing game, the Jaguars could tap into the passing game more heavily.

“I’ve got a lot of respect for their program,” Lindsey said. “They’ve had a lot of success. Their offense will all go through Skelton. He’s big and athletic, and can make throws. He’s the guy who makes them tick.”

What we learned, what's trending and final thoughts from the Jaguars' first game under Jason Rollins.