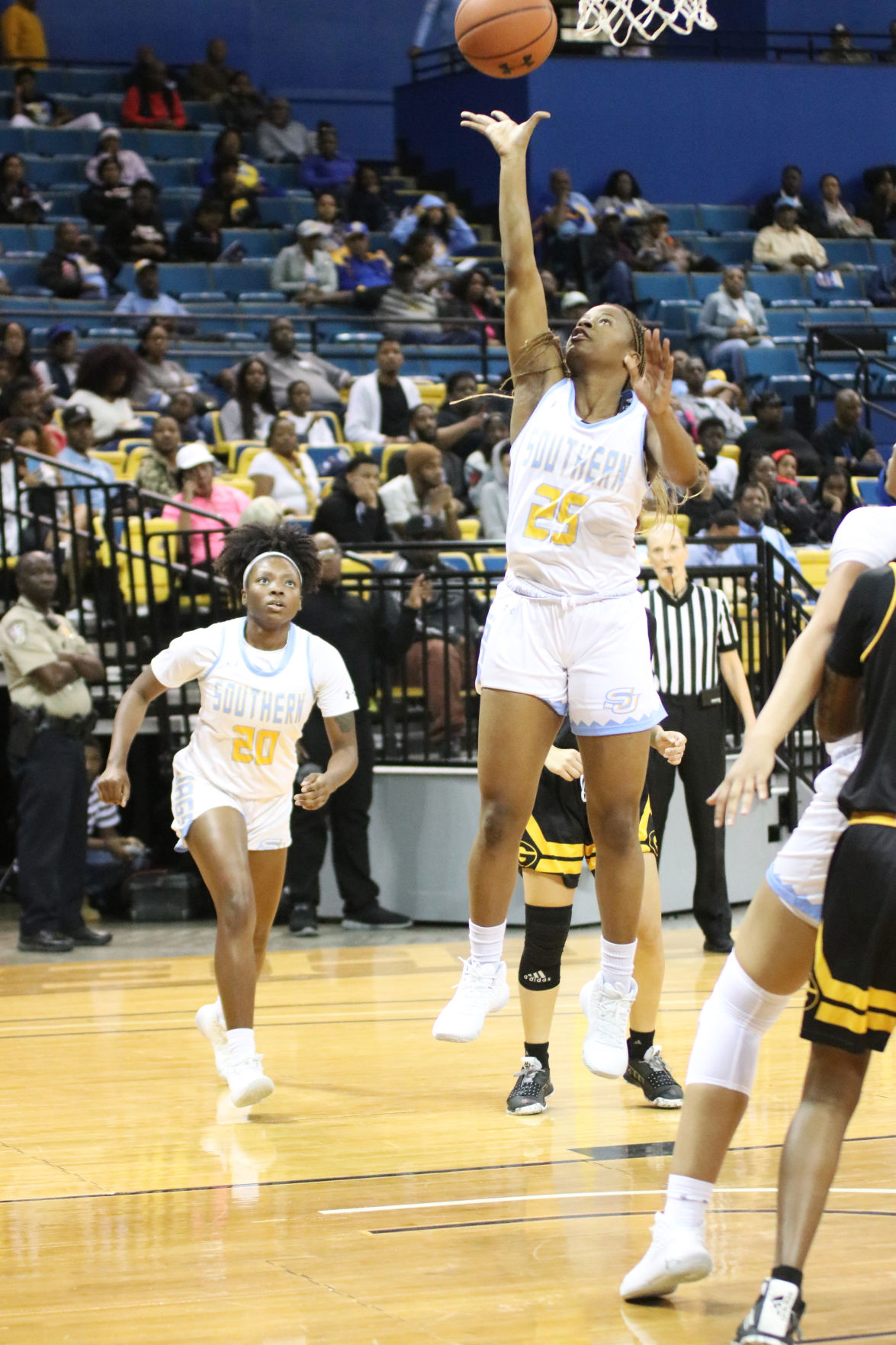 Southern’s Jaden Towner goes up for two against Grambling during the SWAC match up held at the F.G. Clark Ativity Center on Saturday. 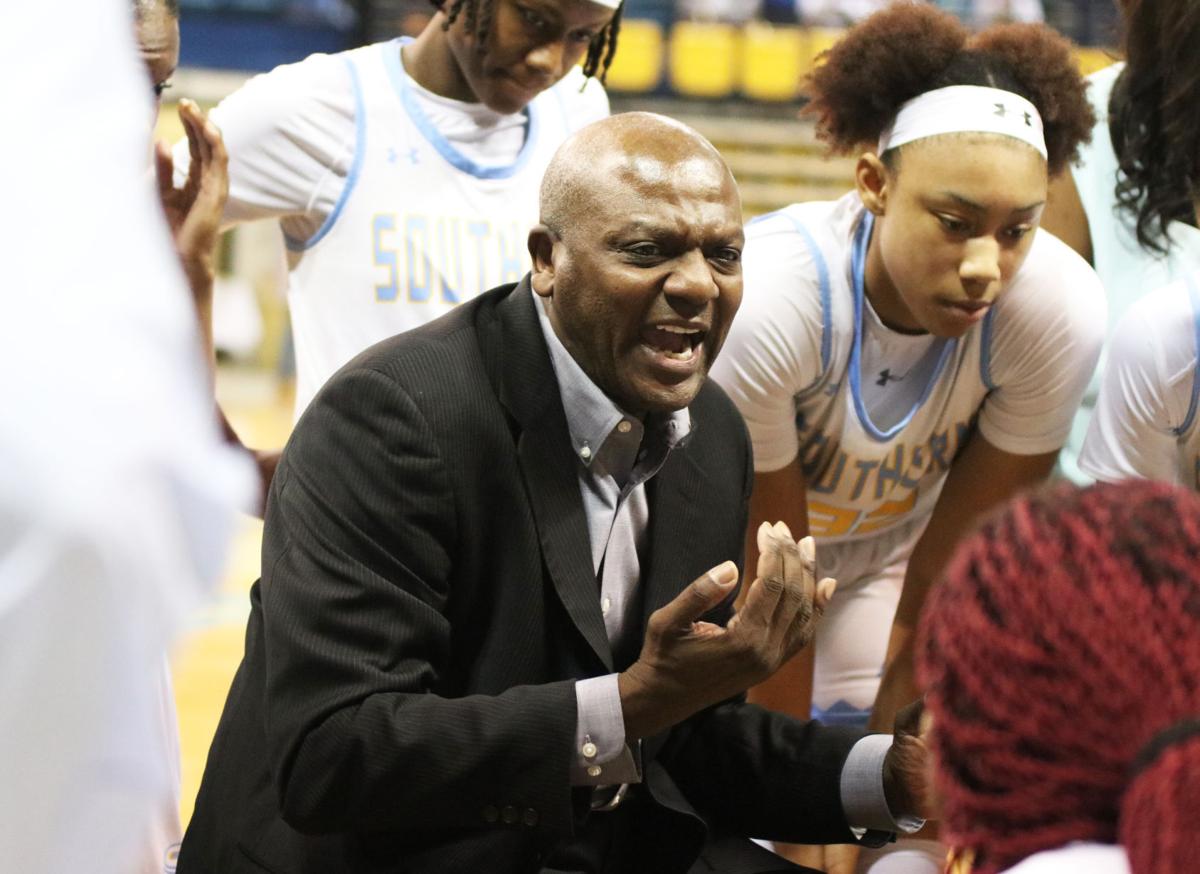 Southern’s women head basketball coach Carlos Funchess talks to the team during a timeout against Grambling during the SWAC match up held at the F.G. Clark Ativity Center on Saturday.

Southern’s Jaden Towner goes up for two against Grambling during the SWAC match up held at the F.G. Clark Ativity Center on Saturday.

Southern’s women head basketball coach Carlos Funchess talks to the team during a timeout against Grambling during the SWAC match up held at the F.G. Clark Ativity Center on Saturday.

The Southern women’s basketball team showed how hard it is to contain when it shoots accurately.

For the second consecutive game, the Jaguars shot better than 50% from the field and for the second time produced a 20-point Southwestern Athletic Conference win. This time the victim was Grambling, which fell to Southern 81-57 at the F.G. Clark Activity Center on Saturday.

The margin of victory was the largest for Southern since it defeated Grambling 80-52 on Feb. 7, 2014.

“I thought we gave up a few too many offensive rebounds,” Southern coach Carlos Funches said. “All our kids came in and did a great job shooting the basketball, applying pressure and wearing them down.”

Alyric Scott paced the Southern attack with 21 points and four assists. Jaden Towner made all four of her 3-point attempts and scored 19. Taneara Moore grabbed a team-high six rebounds as Southern outrebounded Grambling 30-24.

Grambling got 15 points from Justice Coleman and 12 from Malaysia Yancy, but the Tigers shot just 36.8% (21 of 57) as they trailed the entire game.

The Jaguars made their first seven shots from the field, and scored on their first nine possessions. Jaden Towner had a pair of 3-pointers as the fast start had Southern holding a 20-13 lead with four minutes left in the first quarter, and it went on to take a 24-17 advantage into the second.

Southern outscored Grambling 10-4 to move out to a 34-21 lead. Scott hit a 3-pointer and added two free throws to give Southern a 40-24 lead with three minutes left. It was Southern’s largest lead of the half, and the Jaguars matched it when they took a 45-29 lead into halftime.

“This is a rivalry game. In this type of game you can never underestimate anybody so the kids came out ready to play from the start,” Funchess said. “You’ve got to go out and battle, and your mindset has to be ‘I’m coming to go to work.’ ”

Grambling got as close as 53-39 with 4:27 left in the third quarter. Southern outscored the Tigers 12-3 the rest of the quarter for a 65-42 lead entering the fourth.

Southern’s largest lead was 73-44 with 7:19 left to play following two 3-pointers by Towner.

“We’re trying to outwork the other team and we’re doing it as a unit, not just one player,” Funchess said. “We have three point guards we rotate in — when you get your minutes out there you’ve got to make the count. That’s where it starts because they’re running the team.”