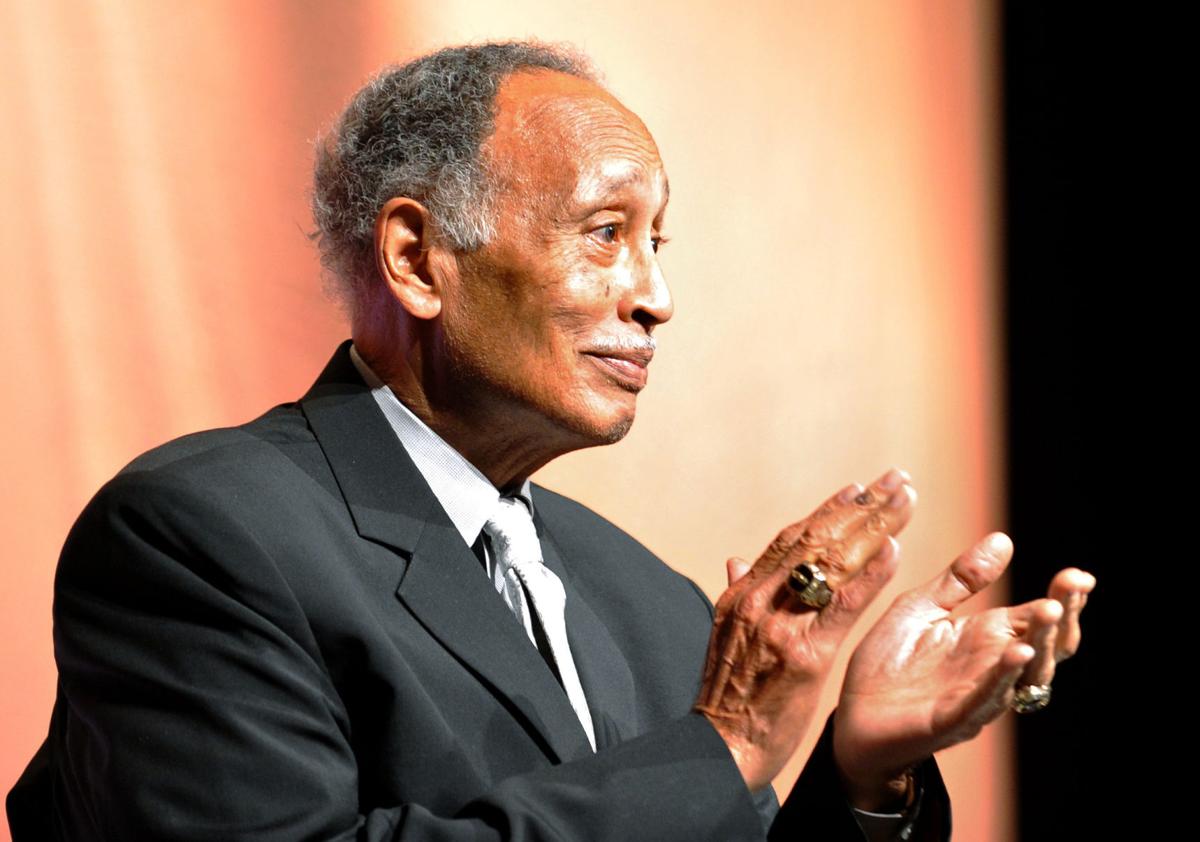 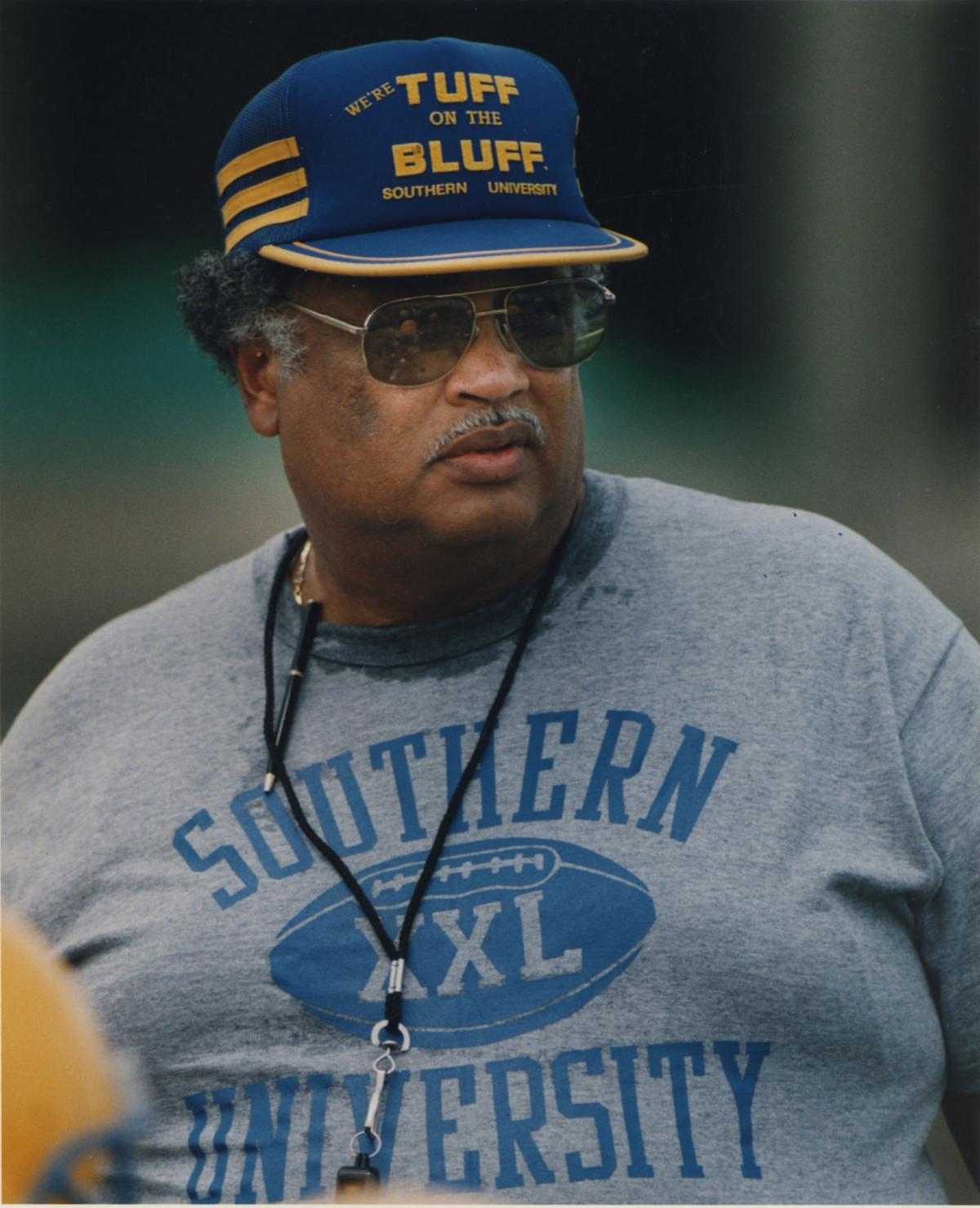 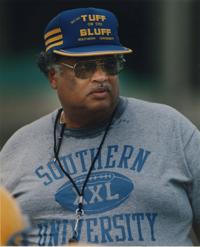 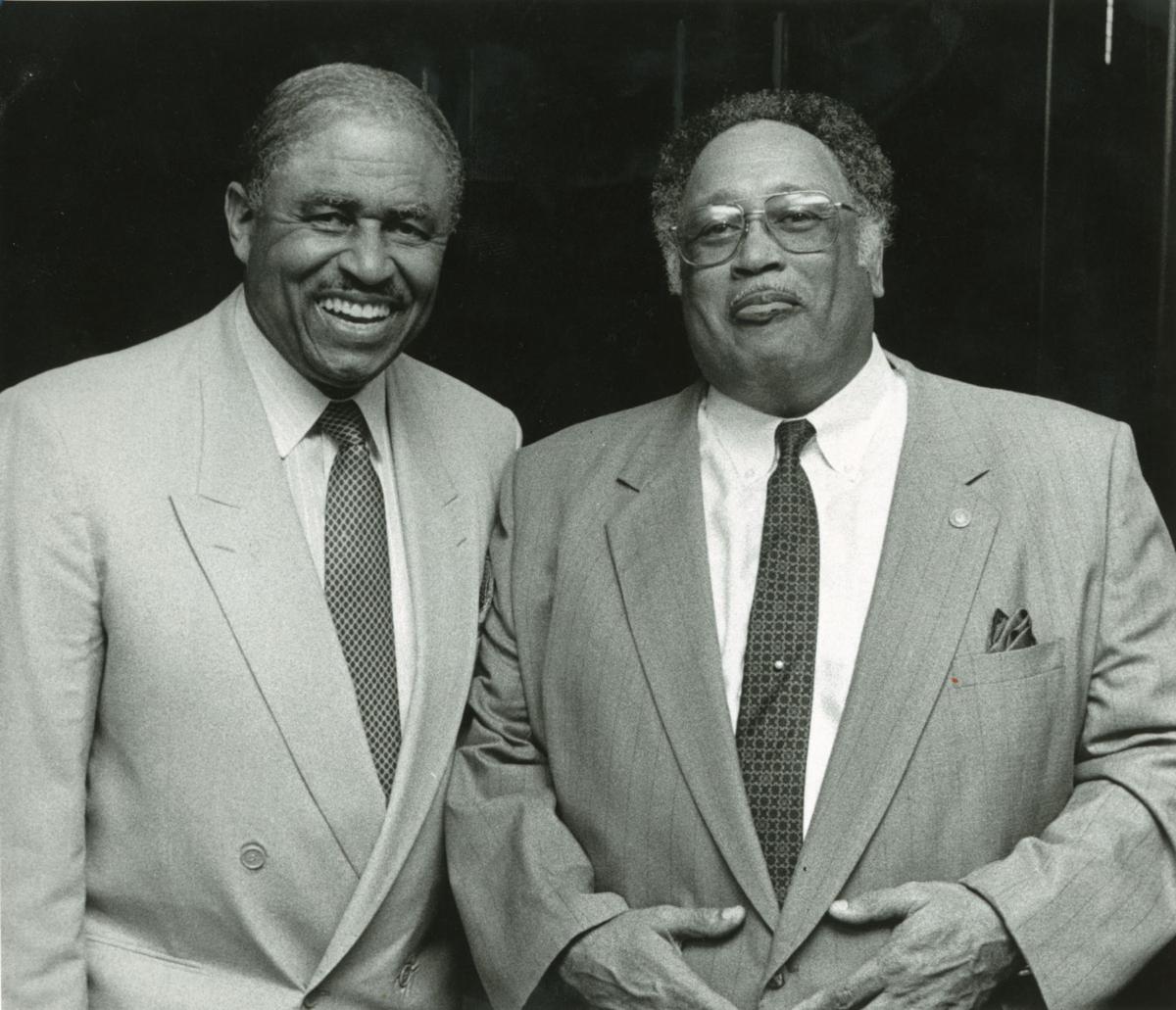 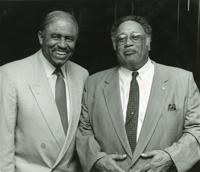 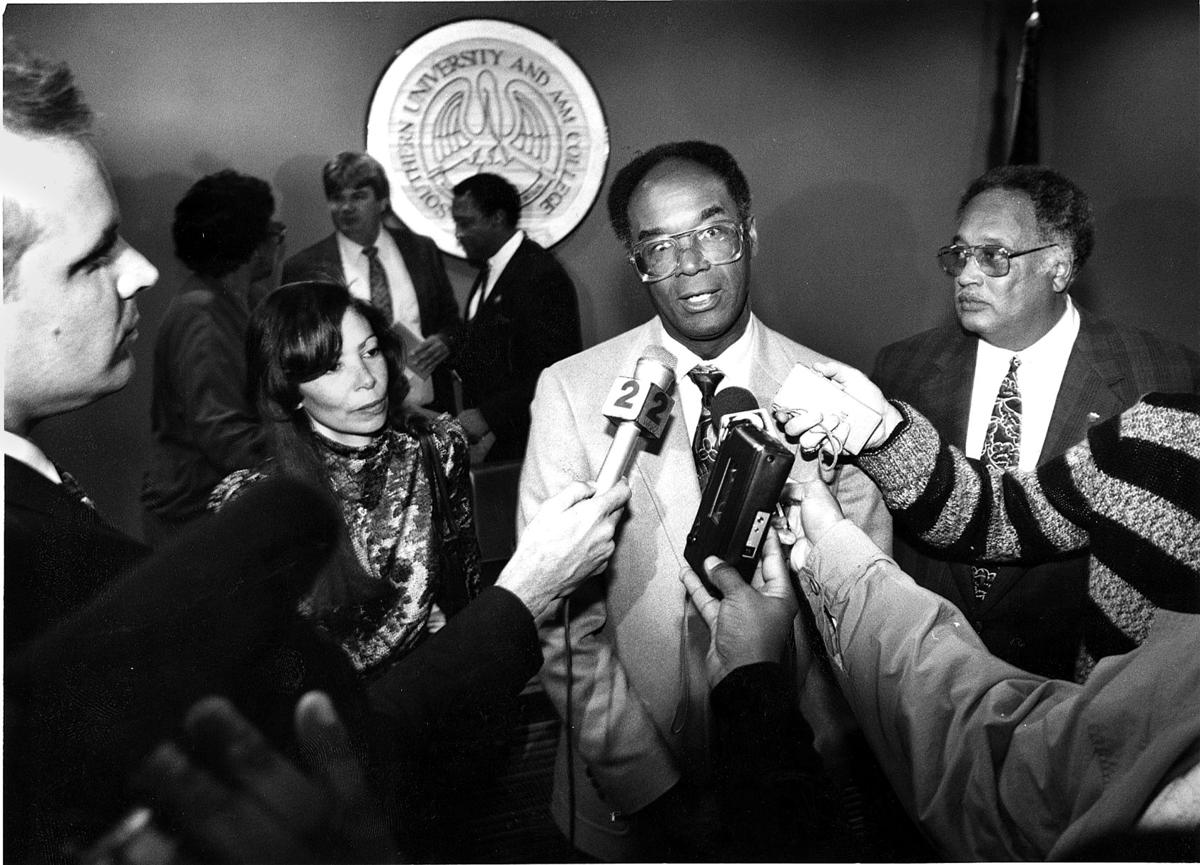 Coach Pete Richardson meets with media Dec. 18, 1992, after athletic director Marino Casem, right, presented Richardson and his wife Lillian to the SU Board of Supervisors. 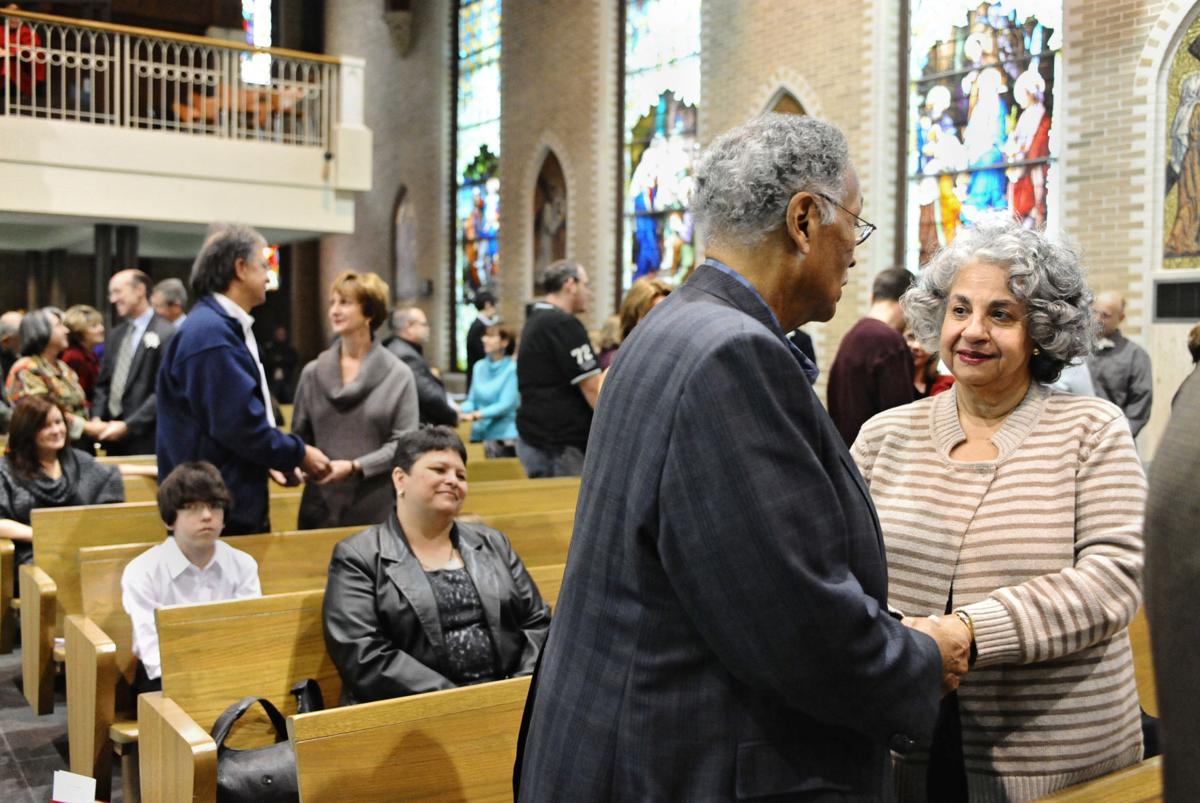 Betty and Marino Casem, married 55 years, and other couples in Cathedral of St. Joseph renew their marriage vows during Mass to celebrate World Marriage Day on Feb. 12, 2012. 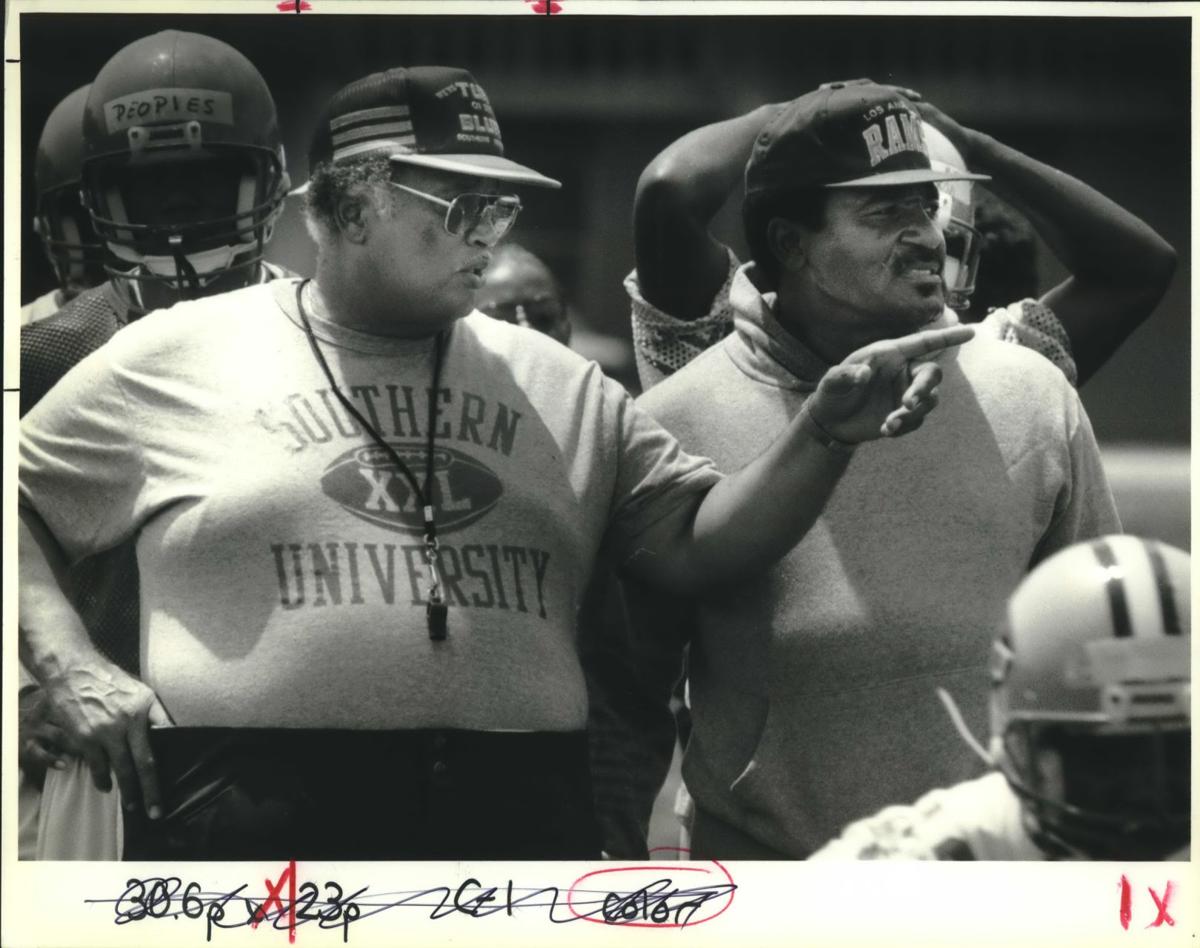 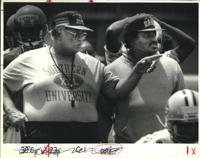 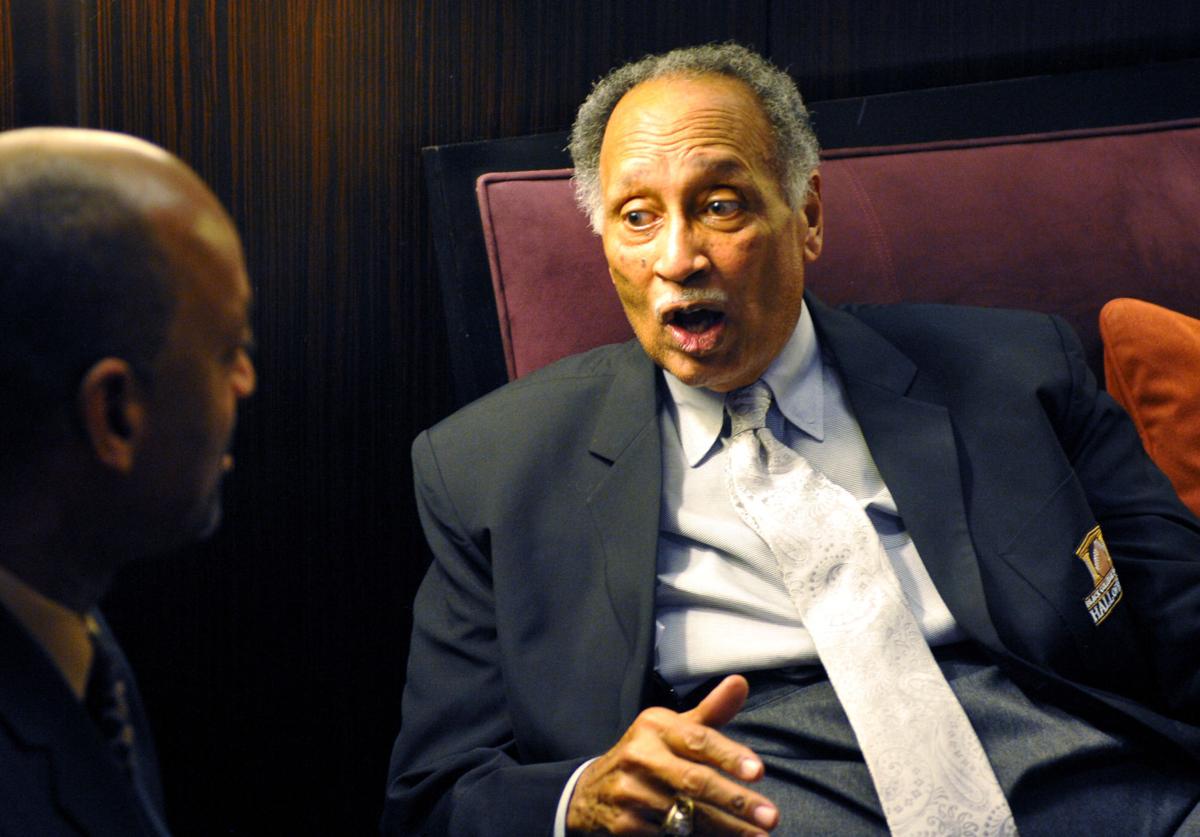 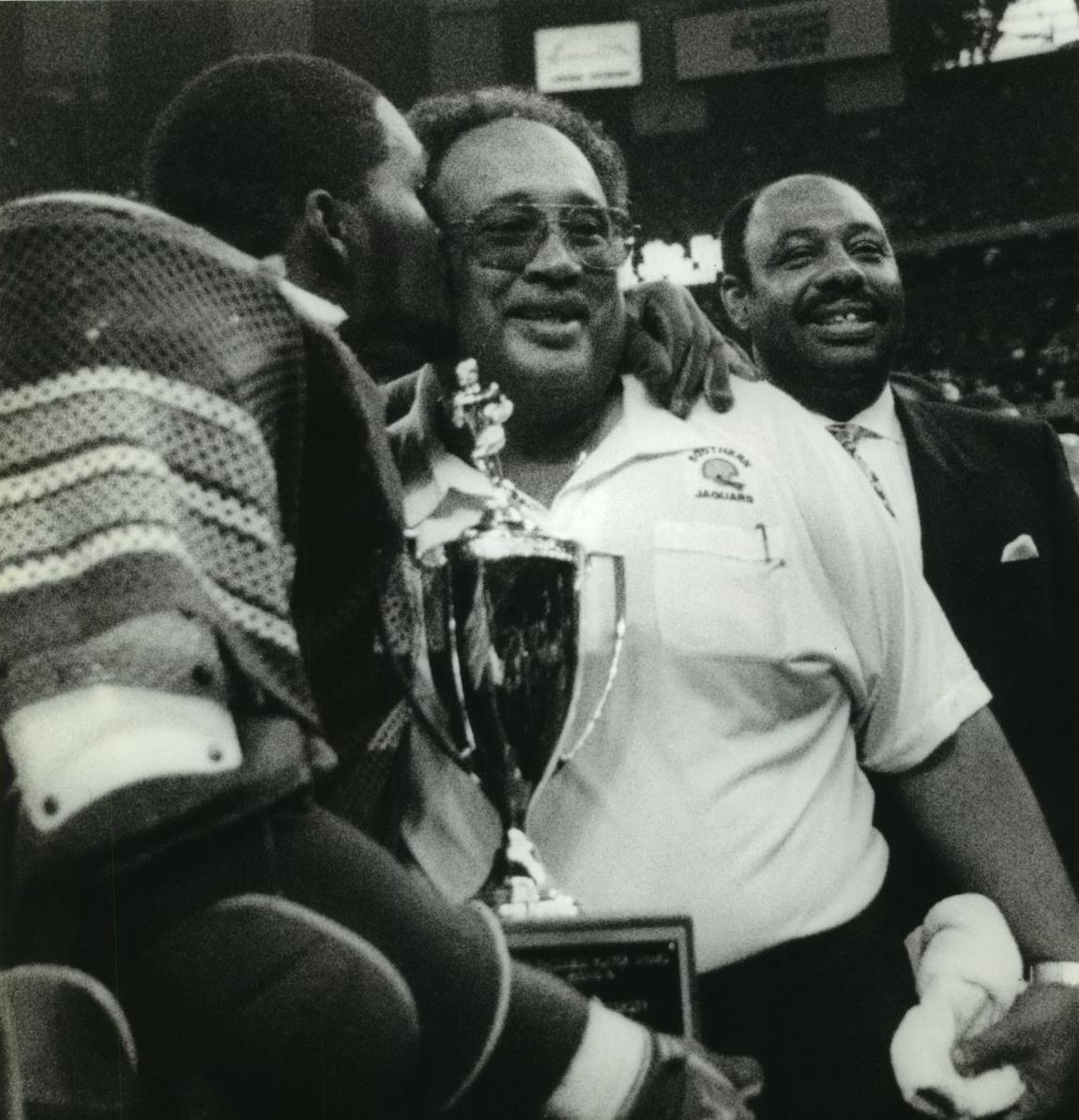 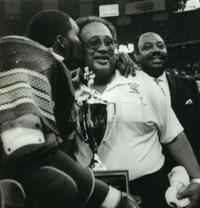 Coach Pete Richardson meets with media Dec. 18, 1992, after athletic director Marino Casem, right, presented Richardson and his wife Lillian to the SU Board of Supervisors.

Betty and Marino Casem, married 55 years, and other couples in Cathedral of St. Joseph renew their marriage vows during Mass to celebrate World Marriage Day on Feb. 12, 2012.

Marino Casem, the legendary coach and administrator at Southern whose four-decade career earned him a spot in the College Football Hall of Fame, died Saturday.

Casem, who was 85, died in his home according to a story on the Alcorn State University website.

Known as “The Godfather," Casem had an overall record of 159-93-8 at three Southwestern Athletic Conference schools, coached four national championship teams at Alcorn State and was the National Black College Coach of the Year seven times. He was inducted into the College Football Hall of Fame in 2003.

A native of Memphis, Tennessee, Casem graduated from Xavier University in 1956 and embarked on career as a coach an athletic director. He spent one season as head coach at Alabama State in 1963, then moved on to Alcorn.

It was on Alcorn's tiny campus, tucked deeply in the forests of southwest Mississippi, where Casem earned his reputation as an innovative, hard-nosed coach. He stayed there from 1964-86, working dual roles as the Braves athletic director for his final 21 years there.

He then moved to Southern, serving as athletic director from 1986-99 — a stretch that also included two stints as football coach, from 1987-88 and again in 1992. Casem worked the sideline that year, bridging the gap between his dismissal of Gerald Kimble in late 1991 and his hiring of Pete Richardson in late 1992.

From there, Southern rose to nearly unprecedented heights. With Casem as his A.D., Richardson built a resurgent, dominant program, winning four SWAC titles in 1993, '97, '98 and '99 (the Jaguars won a fifth SWAC title under Richardson in 2003, after Casem retired).

Southern also continued as a perennial contender in men's basketball and baseball, and in Casem's tenure, SU won six of the first seven SWAC Commissioner's Cups, given annually to the most accomplished athletic department in the conference.

As a football coach, his legacy was already secure.

One of Casem's national championships came at Alcorn in 1984, the season he pulled off his favorite victory. In a showdown against renowned quarterback Willie Totten and receiver Jerry Rice of Mississippi Valley State — a team averaging 59 points in its first seven games — Casem’s Braves won 42-28. They finished the season 9-0 and became the No. 1 team in Division I-AA — a first for a historically black college.

“He’s done great things — not only here but everywhere he’s gone,” said Melvin Spears, one of Casem’s old players and then the coach at Alcorn when the Braves added his name to their football field: Casem-Spinks Stadium. “He’s one of the pioneers of our conference and around the country.”

Although it wasn’t his first head coaching job, Casem said his experience with the Braves set the tone for his entire career.

More than 60 of his Braves found their way into NFL camps over the years, including Leslie Frazier, the defensive coordinator of the Tampa Bay Buccaneers and former head coach of the Minnesota Vikings.

Casem came to Southern in 1987 and in the next two seasons produced a 14-8 record before stepping aside to concentrate on his duties as athletic director. Casem returned to the sideline in 1992 after he fired Kimble, who compiled a 14-18-1 record. After the leading candidate to take Kimble’s position, Houston Markham, decided to remain at Alabama State, Casem took over the Jaguars on a temporary basis, going 5-6.

The man Casem selected after that season brought 17 seasons of excellence to Southern. Richardson coached the Jaguars from 1993-2009, beating archrival Grambling 12 times in the Bayou Classic and leading them to four black college national championships.

At Southern, the Jaguars became the first HBCU to win an NCAA baseball tournament game when coach Roger Cador’s team beat No. 2 Cal State Fullerton 1-0 in 1987.

Casem played college as a center/linebacker at Xavier before the Gold Rush dropped the sport. He finished his playing career at Northern Colorado but graduated from Xavier in 1956.

After a stint in the Army and after honing his skills as an assistant coach, Casem took over as head coach at Alabama State in 1963. The season ended with a 2-8 record, but he was already seen as an up-and-comer. The next season, Casem accepted the head coaching job and athletic director’s role at Alcorn.

Casem came to prominence with the Braves, compiling a 132-65-8 record, and found success as an administrator at Alcorn and Southern.

He said he found a secret to coaching success.

“To be able to command strong-willed people,” he said, “you had to be innovative, you had to demand respect by the way you acted. And you had to adjust to rapidly changing situations.”

Rabalais: Marino Casem was a winner, a (God)fatherly figure and one amazing football man

There is a photograph of Marino Casem in The Advocate’s archives, black and white and grainy. By today’s digital standards, it would be quickl…