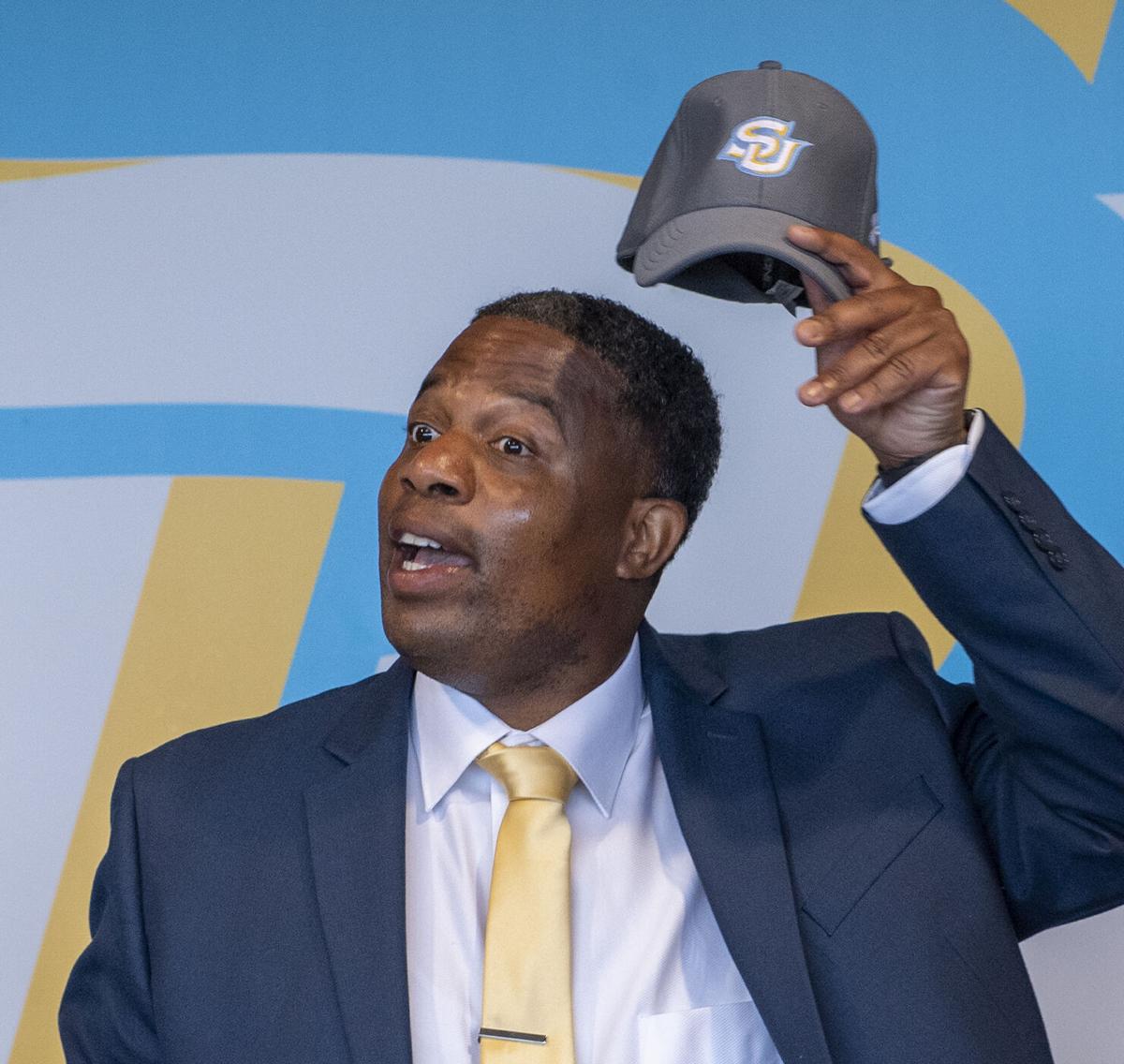 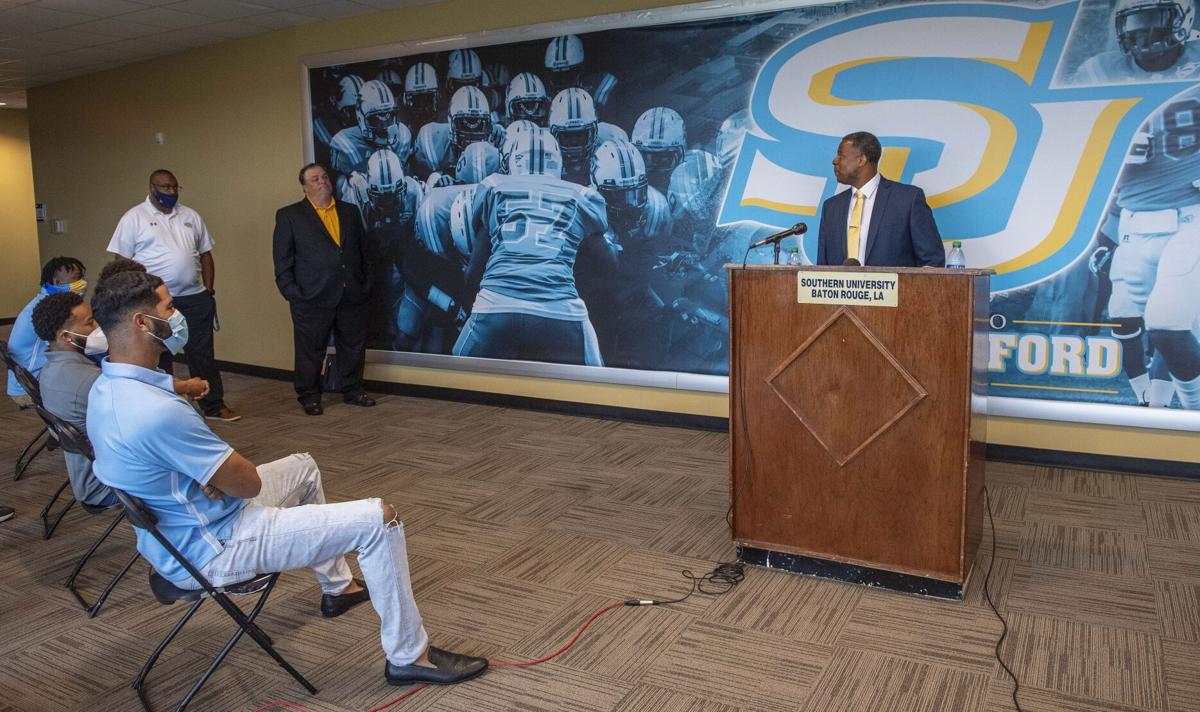 In less than two weeks, the dream found him.

Rollins was announced as Southern’s 19th head coach Friday in a news conference at the A.W. Mumford Field House, where he has worked for a little more than a year.

Rollins steps in for the departed Dawson Odums, who accepted the head coaching job at Norfolk State last week after a successful, pandemic-compressed 5-1 spring season.

“You don’t seek a head (coaching) job; they find you,” said Rollins, who added he had never interviewed for a head coaching job before. “This is exactly what happened.

“This is a dream come true, to stand at this podium to be announced as the head coach at Southern University. I’m living proof dreams can come true.”

Seeking continuity and with a sense of urgency — the first game of the Jaguars' 2021 fall season is 126 days away — Southern settled on a well-traveled assistant who turned into a consensus choice upon further inspection. Rollins will hold the job on an interim basis for the first year.

It’s the same formula Southern used to hire Odums, who spent nine years and went 63-35 at Southern with one conference championship and four Western Division titles. He went 4-5 after replacing Stump Mitchell, who started the season 0-2. Odums won the conference title in his first season after the interim tag was removed.

Southern is hoping for similar success with Rollins. Athletic director Roman Banks executed the search with a five-member committee and found Rollins moving quickly into the top three candidates. Banks said Southern interviewed as many as 15 outside candidates, and also interviewed defensive coordinator Lionel Washington before choosing Rollins.

“The committee kept coming back to inside, who can get the job done,” Banks said. “Coach Rollins stood out the most. The scenario we’re facing made us come to this conclusion. We feel we have a championship pedigree here and continuity with the staff in place.

“As I talked to him his knowledge, and what he can do with the program right now ... he said we have everything we need right here, right now.”

Rollins said he doesn’t feel any pressure from the interim tag, calling it “an opportunity of a lifetime.” Before coming to Southern, he coached four years under Frank Wilson at Texas-San Antonio, the final two as defensive coordinator. Before that, Rollins served nine seasons at Tulane under Bob Toledo and Curtis Johnson.

Rollins has mainly been a secondary coach but also coordinated Southern’s special teams, which excelled this spring with two blocked punts, a kickoff return for touchdown and a 100% success rate on field goals.

Rollins' choice had the backing of the current staff and the team, Banks said. Rollins said he plans to keep the staff intact except for hiring a secondary coach to take his spot.

Rollins met with the team after Friday's news conference and seems to have a consensus there, too.

“That’s our guy; he brings energy, compassion. He believes in us,” defensive end Jalen Ivy said. “That’s everything you could want from a coach. We all felt like he kept the team close. We feel at Southern we’re a big family, and he made it feel even more so.”

Although a native Texan, Louisiana has been Rollins' coaching home, and he married into the local roots. His wife, Danna, is a Southern graduate who teaches first grade at Southern Lab. They have a 15-year-old son, Tieler.

Rollins said his years of experience and the condition in which Odums left the program have shown him there isn’t a lot to fix.

“It’s been a long journey; I’ve stepped on every rung of the ladder to get to this point,” Rollins said. “We’re going to trend the way we’re trending. A few changes, but nothing major. The exact same routine that they know, that they’ve been comfortable in. This is a winning team. why would we change it?”