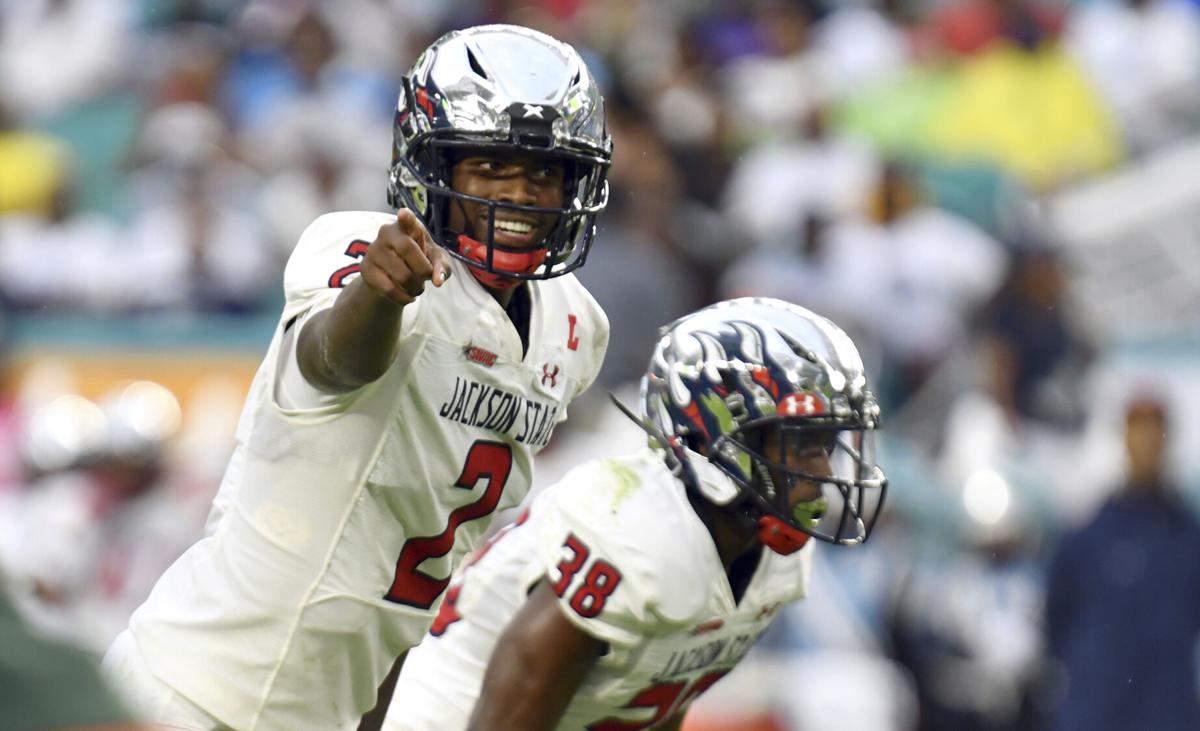 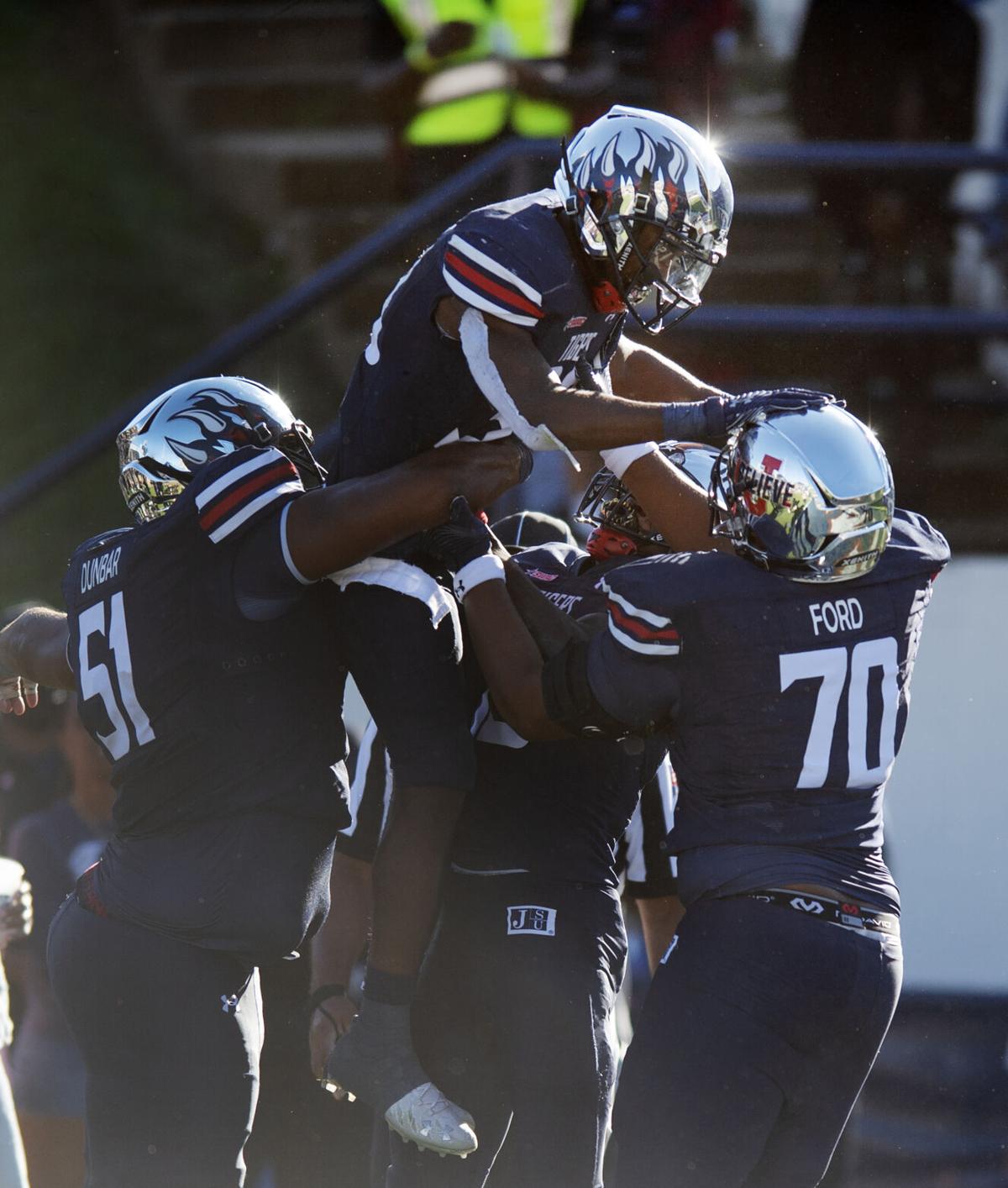 Even if Jackson State shows up to A.W. Mumford Stadium at 6 p.m. Saturday without its coach, Pro Football Hall of Famer Deion Sanders, the Tigers will arrive with a chip on their shoulders.

Sanders was released from the hospital Wednesday after missing JSU’s past three games while recuperating from foot surgery — and, perhaps, shopping for a new job. It’s not clear if he will be on the sideline Saturday, but his absence hasn’t hurt the Tigers, who are 8-1 overall and 6-0 in Southwestern Athletic Conference play, with a chance to clinch the Eastern Division title.

The revamped roster has made a big difference in Sanders’ second season — but there are enough holdovers for JSU to remember their 34-14 loss to Southern this spring, and it could be a huge motivating factor when the teams meet at Mumford.

“Southern put a pretty good whooping on us,” said running backs coach Gary Harrell, who is filling in for Sanders. “Our guys remember that game. We’ve built this team for that type of moment. We kind of remember that game in the back of our minds. We look forward to the competition level, the expectations.”

Outside of Grambling, Jackson State is the Jaguars’ most heated rival. Southern’s convincing victory in Jackson last year was as dominant as the Jaguars have been against anyone. Southern rushed for 294 yards and held an incredible 42:49-to-17:11 edge in time of possession and an 84-54 difference in plays run.

But under Sanders, the Tigers have undergone a near complete makeover. Multiple Division I transfers are among the 49 new faces.

Among them is Sanders’ starting quarterback and son, Shedeur, a former four-star recruit who turned heads during SWAC media day this summer with comments that suggested the Tigers were already a cut above the rest of the conference.

As a player, Shedeur Sanders has become an offensive force. The freshman is second in the league with 2,414 yards and 23 touchdowns, trailing only Alabama A&M’s Aqeel Glass.

“He plays with poise, calm in the pocket,” Southern coach Jason Rollins said. “He can hit all the spots on the field and he knows where he’s going with the ball. He doesn’t play like a young guy.”

He’s got lots of help. Keith Corbin has 46 catches for 685 yards and four TDs, while Malachi Wideman has 20 fewer catches but has scored nine touchdowns.

The Tigers are second to last in SWAC rushing but cranked it up last week with 223 yards in a 41-21 win at Texas Southern. Peyton Pickett had 104 and JD Martin 94.

Defense is where Jackson State has prospered. The Tigers are allowing only 13.9 points per game and lead the nation with 41 sacks. Texas Southern last week was the first team this season to score in the 20s against them.

The Tigers start on the defensive line, complete with four Power Five transfers, three from the Southeastern Conference. Florida transfer James Houston is the pass rush specialist at defensive end and is second in the SWAC with 16½ tackles for loss and 10½ sacks.

“It’s his motor, his will, his want to,” Harrell said. “He goes hard. Watch how he attacks his opponent. Even when he’s fatigued, he’s going hard.”

On the opposite end is Tennessee transfer Nyles Gaddy. The tackles are Auburn transfer Coynis Miller and Antwan Owens, who came from Georgia Tech. Owens has six sacks among his 13 tackles for loss.

That group is backed by two of the league’s top linebackers, which includes 2019 SWAC Defensive Player of the Year Keonte Hampton. He plays next to the team’s leading tackler, Missouri transfer Aubrey Miller.

“Coach Prime came in and saw some things a lot of folks didn’t think was possible,” Harrell said. “We want to back him up.

“Everything we’ve talked about is to be ready for this moment. Folks don’t realize it’s been just over a year and it feels like two or three. We were able to get some things in place and get in position. We want to finish the process.”