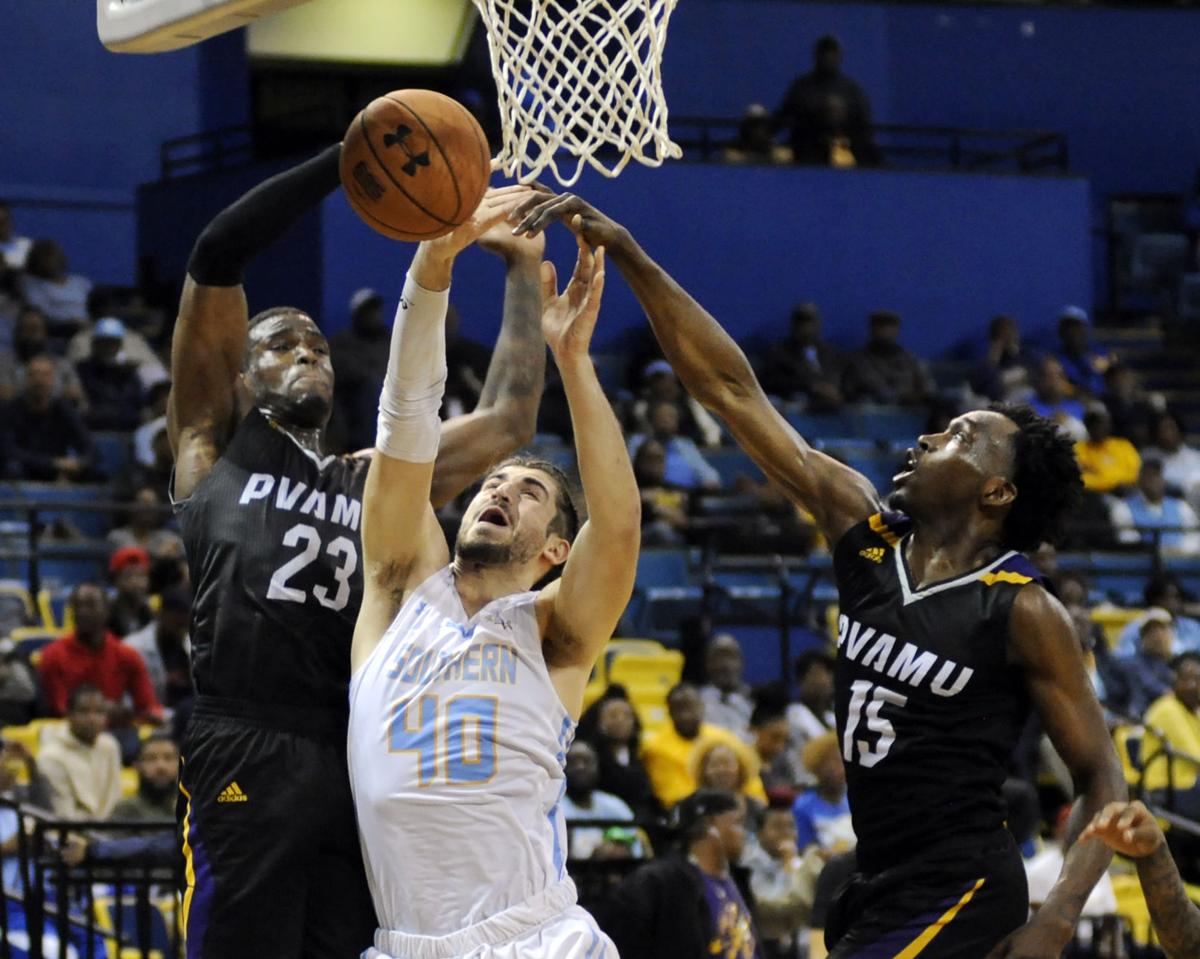 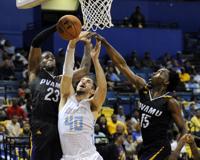 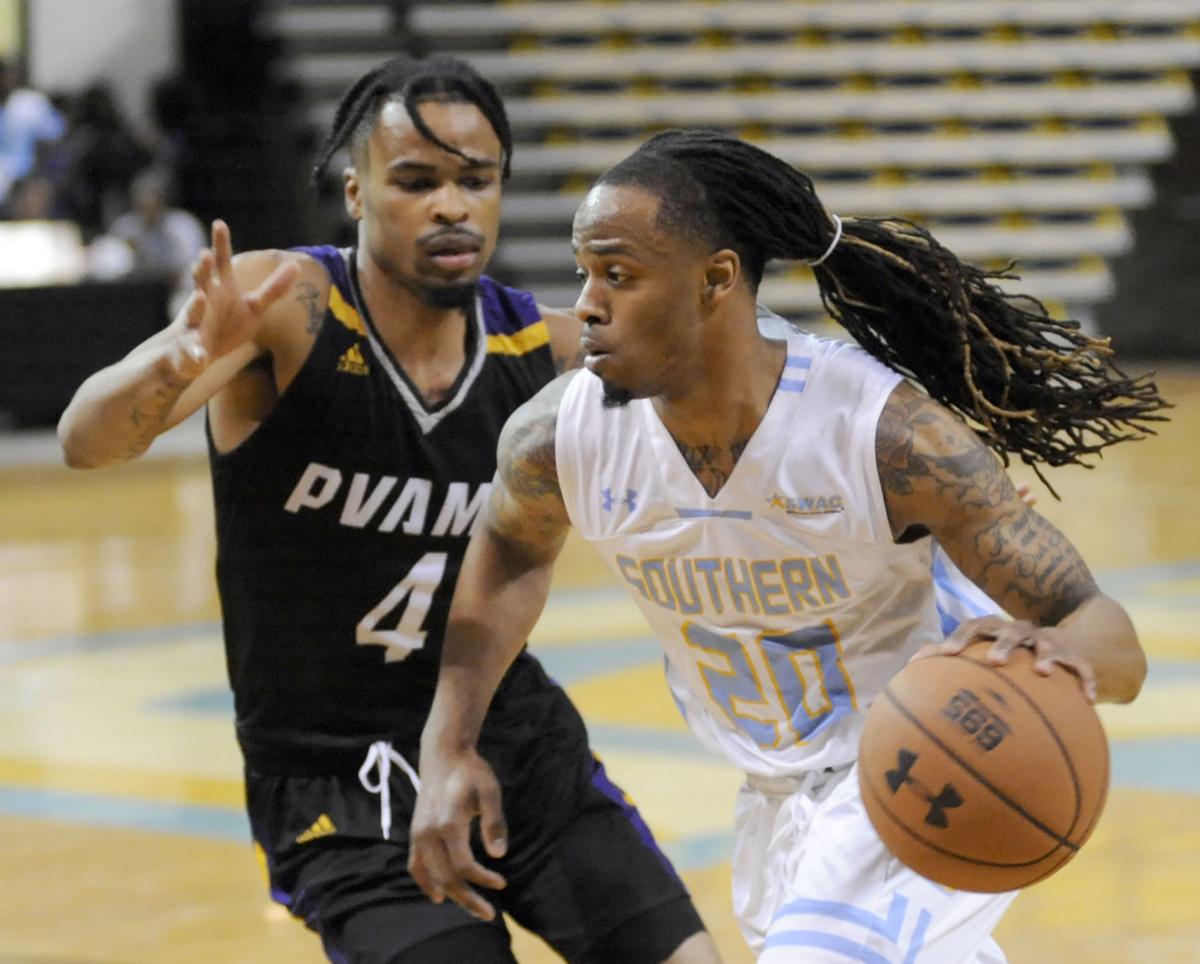 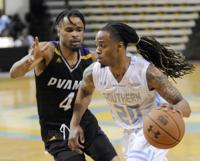 Southern’s Lamarcus drives to the basket as Prairieview’s Antione Lister defends, on Saturday night, at the F.G. Clark Activity center.

Southern’s Lamarcus drives to the basket as Prairieview’s Antione Lister defends, on Saturday night, at the F.G. Clark Activity center.

By the time Southern and Prairie View finished playing Saturday night at the F.G. Clark Activity Center, the teams were already guaranteed to be the top two seeds in the Southwestern Athletic Conference postseason tournament next week.

It did not stop them from playing a barnburner in their second meeting of the season.

Southern went 13 for 13 at the foul line in overtime.

The win means Southern (16-15, 13-5 SWAC) finishes alone in second place in the conference standings. Prairie View (18-12, 14-4) had already wrapped up the league’s regular-season title and will be the No. 1 seed in the tournament.

Southern will host No. 7 Alabama State on Tuesday in a first-round tournament game.

The win was a season-high seventh consecutive for Southern, and the Jaguars finished the season 11-1 at home.

The game was a free-throw shooting contest at times. Southern was called for 33 fouls and Prairie View for 34. Seven players fouled out; four for Prairie View and three for Southern.

“That’s the best team in the league, and I thought we were in control of the game,” Woods said. “Even when it went into overtime, I never doubted we would win. I didn’t think they could score at the same pace we could.”

Prairie View trailed the entire second half and didn’t take the lead until Gerard Andrus, who led the Panthers with 20 points, hit a jumper to make it 72-70 with 31 seconds left in regulation.

Shivers made two free throws, Prairie View missed a shot in the final seconds and the game went to overtime tied 72-72.

Southern led 79-77 midway through the five-minute extra period and got a boost when Lee skied for a put-back basket that started a 6-1 spurt to put the Jaguars in control for good.

Southern was in control for most of the first half behind the play of Kuhljuhovic. He made four free throws and scored on a layup to give the Jaguars a 31-19 lead with 4:31 left.

Prairie View’s defense stepped up to help shift the momentum to its side.

The rest of the half, Southern made on 1 of 6 from the floor and had four turnovers. The Jaguars also missed two free throws in that stretch while Prairie View used the charity stripe to get back in the game.

The Panthers made 8 of 10 free throws in the final minutes of the half to cut Southern’s lead to 33-31 at halftime.