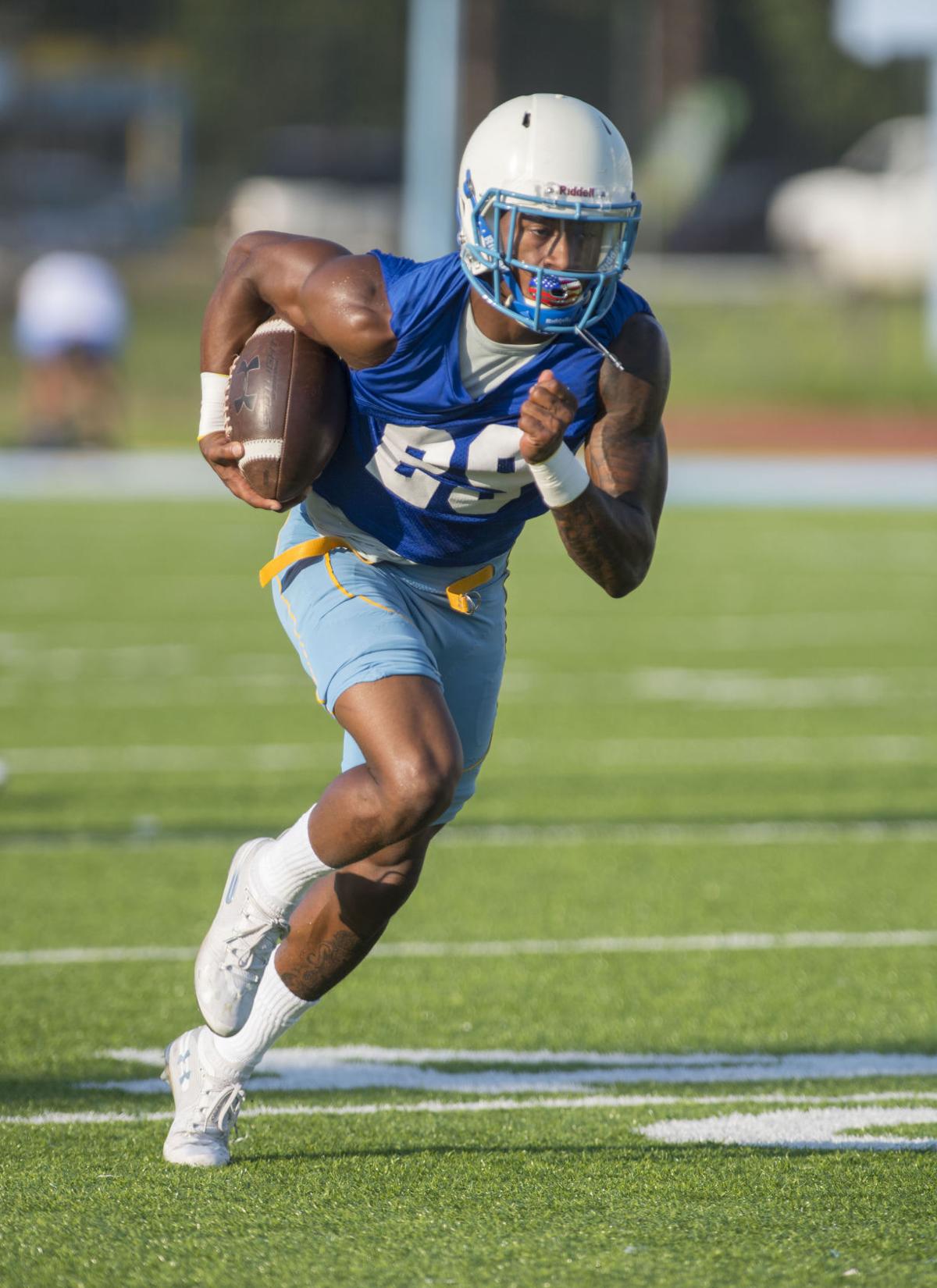 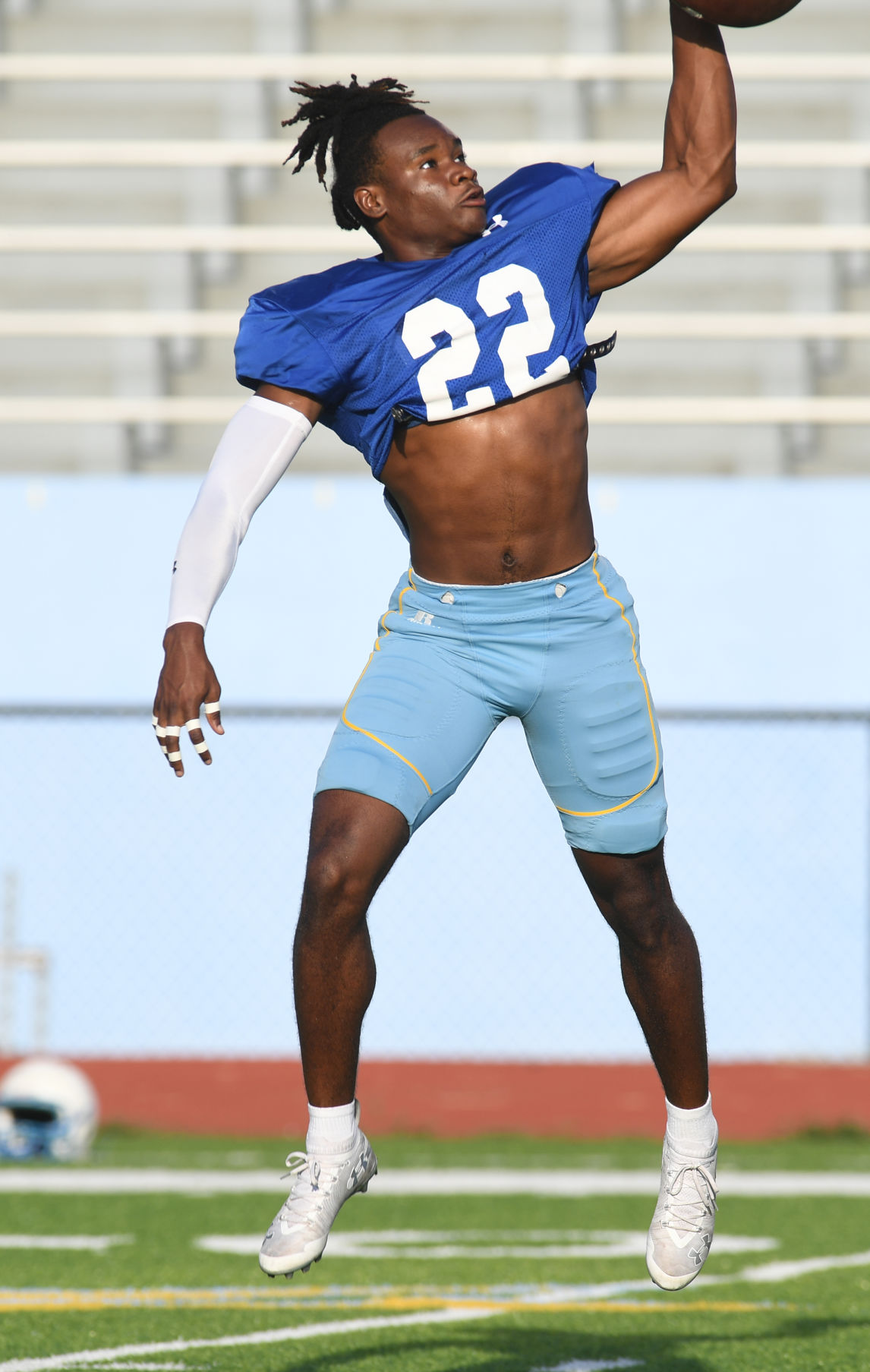 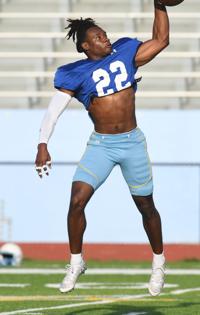 Southern DB Glenn Brown III (22) works in coverage drills during warmups before a scrimmage Saturday morning. that was closed to media.

Southern DB Glenn Brown III (22) works in coverage drills during warmups before a scrimmage Saturday morning. that was closed to media.

Having to replace starting cornerbacks in college football’s pass-happy era suggests gaping holes in a team’s defense that will be targeted by every opponent.

But if Southern coach Dawson Odums has any real concerns, he’s not showing it. That’s because he has a pair of talented sophomores who earned valuable playing time as freshmen ready to step in.

Experienced players at every position is one of the reasons Southern is one of the favorites for the SWAC title and ranked No. 3 nationally among HBCUs.

Glenn Brown and Robert Rhem played more snaps, quality snaps, than the average freshman. Each had eight tackles. Brown had an interception and pass breakup and Rehm a tackle for loss and three breakups while backing up Timothy Thompson and Demerio Houston.

Both players also made big contributions on special teams. Odums said they have proven to be two of the jewels from the 2018 recruiting class that is a bit overshadowed by this year’s group.

“There’s no substitute for game experience,” Odums said. “When you have freshmen who can play, gives you an opportunity to jell together. I’m very pleased with those young guys and the coaching their getting. They’re going to make us a stronger football team.”

Knowing they were going to move up, Brown and Rhem prepared well for their new roles. Both got stronger and gained weight to improve endurance for the larger workload. There was also more urgency to get into the playbook.

“I learned to study more, learn everyone’s position,” said Rhem a 5-11, 180-pounder from Ocala, Florida. “I know the linebacker drop, the safety drop, so I can do my job better. I feel I got smarter and worked on my technique. I’m trying to get better.

“It’s a lot more mental than physical than in high school. You can bully guys, but in college you’ve got to have technique, be in the right place at the right time.”

Southern football: Jaguars wary of hype but know they have a team that can win the SWAC

Southern football coach Dawson Odums has talked incessantly about how deep his eighth Jaguars team is, and for good reason.

Brown said his freshman season was solid but felt he could have been more consistent and still needs to prove himself to his teammates.

“There’s always room for improvement,” said the former St. James Wildcat from LaPlace who is up to 185 pounds. “It’s more about being consistent. I worked on my strength. I added 10 pounds from last year. I want to gain the trust of my teammates.”

Both are proving themselves to the players they practice against.

“Brown and Rhem are going to be very good for us, especially in the long run,” wide receiver Cameron Mackey said. “They come out every day and work hard and put in a lot of effort. They’re very physical, their technique is good and they play hard. They use their hands well.”

Hunter Register, the Jaguars’ 6-foot-5, 215-pound receiver, said both cornerbacks give him a hard time despite his size advantage.

“They’re both long, fast and physical,” Register said. “They’re going to have a great future, especially as seniors.”

Neither player takes starting for granted. Transfers Jordan Eastling and O.J. Tucker are competing for the job along with returnee Elijah Small, who has been slowed by injury. The competition is friendly but fierce, Brown said.

“It’s fun; we’re all brothers,” Brown said. “We sleep together, eat together, we’re always around each other. It brings the best out of all of us.”

Said Rehm: “It’s very high competition; we’re all working. If you see one guy mess up, you take that and try not to make the same mistake. You have to play with good technique. You have to have your hands and feet and eyes in the right place.”

After a surprising record last year, Grambling is hoping to again surprise pundits when the 2019 football season gets underway.

Joe Burrow picks up the volleyball near his apartment's pool, and his friends can already sense where this is going.

When it comes to LSU football, O is for Orgeron.