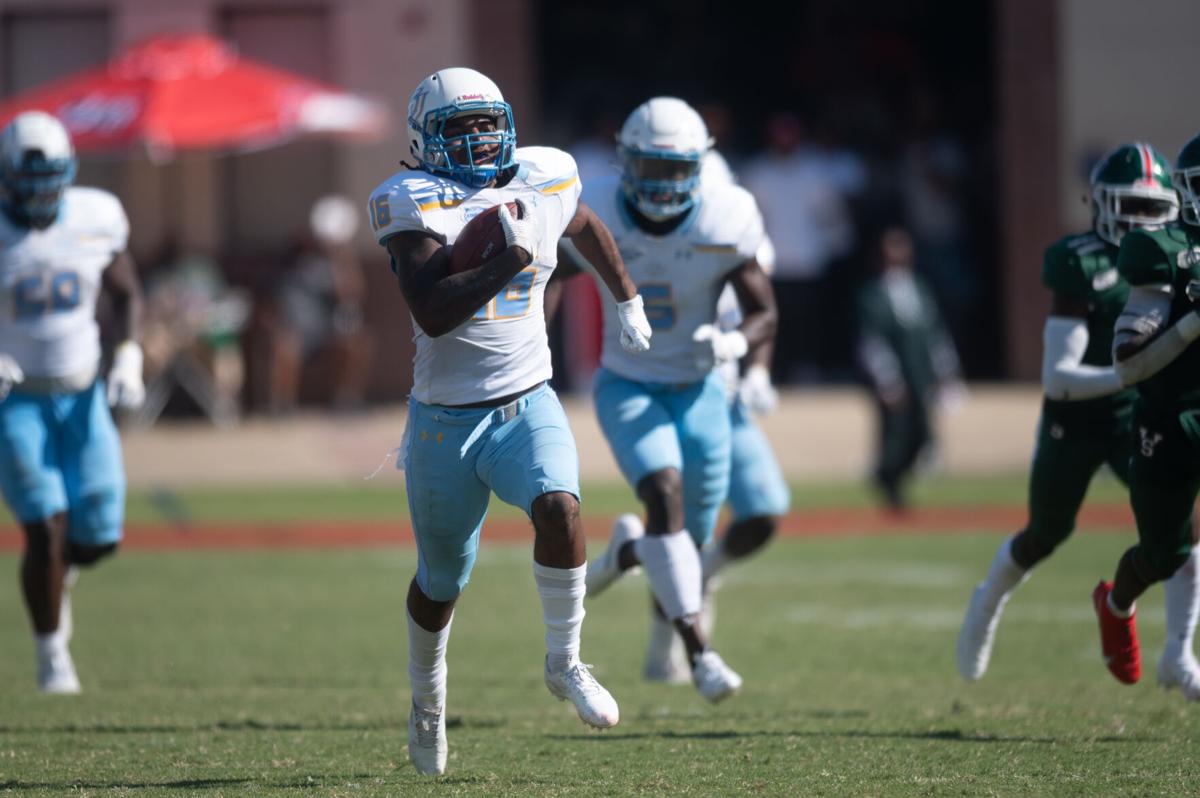 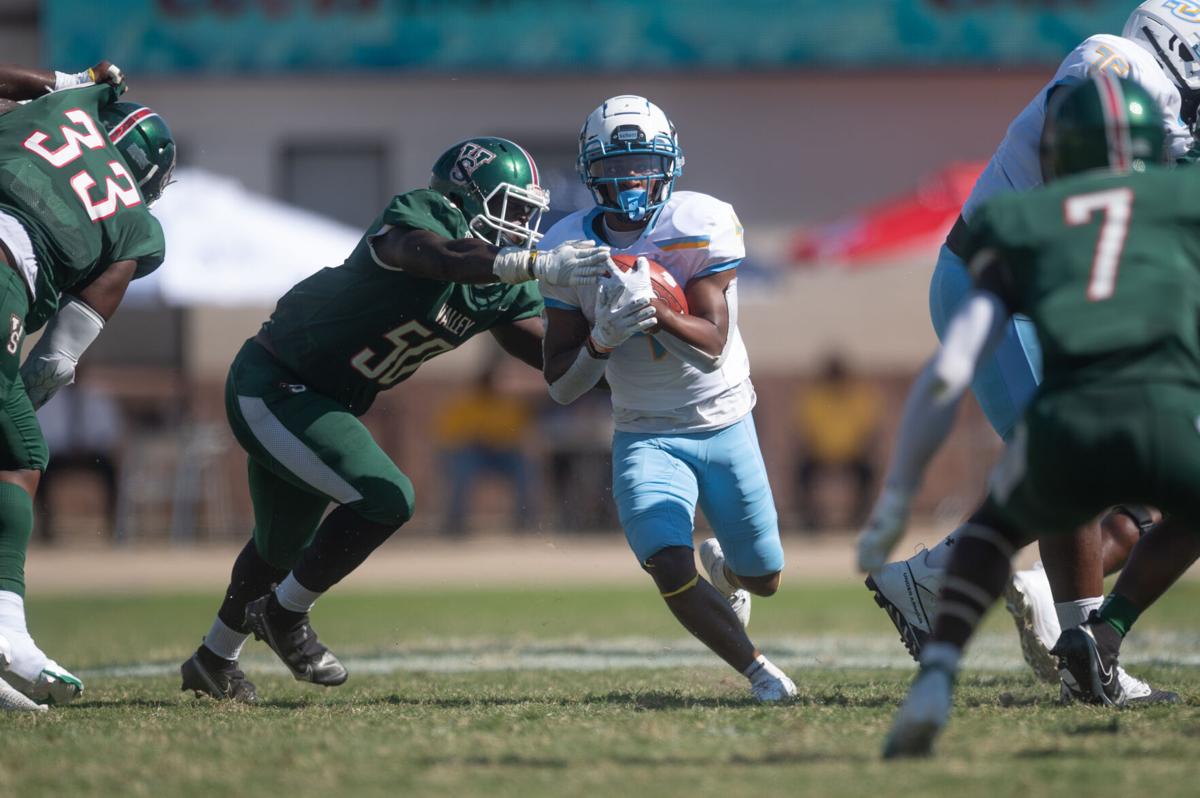 Kobe Dillon came to Southern as a prized quarterback recruit. It appears he’ll leave as a significant addition to the running back room.

With the three backs ahead of him out for the start of Sunday’s game, Dillon responded with 109 yards on 13 carries to lead Southern to a 38-25 victory against Mississippi Valley. It’s been a rapid transformation for Dillon, a star behind center at Ferriday High School.

In the spring, Dillon was good enough to be the scout team quarterback and proved tough for the first team Jaguar defense to stop.

“He ran the ball more than he threw it and did a really good job,” Southern coach Jason Rollins said in his Tuesday Zoom conference. “Going into fall he said, ‘Coach, I just want to get on the field and play,’ knowing we were fairly deep in the quarterback room. He said, ‘I’d like to play running back; I’m big, fast and strong and can run the ball well.’ He got his opportunity to compete, and he’s taken advantage of it.”

“He’s a running back now. He wants that. The sky’s the limit for him. He’s shown he can play the position at a high level.”

Dillon gave a hint of his ability when he rushed for 57 yards on six carries when Southern was running out the clock in the fourth quarter of its victory against Miles College. He’s the team’s third leading rusher behind Devon Benn and Craig Nelson with 18 carries for 157 yards.

Nelson had a rib injury after carrying four times on Southern’s first drive and did not return. Benn sat out the first half because of a targeting penalty vs. McNeese. Dillon carried the ground game with 86 yards on nine carries in the first half, including a 54-yard run to set up a touchdown just before halftime.

Dillon wasn’t the only running back out of his accustomed position. Wide receiver Brandon Hinton stepped in at the last minute and ran five times for 37 yards to spread the work around.

“He was thrown into the fire,” Rollins said. “He showed toughness and that he can play multiple positions. It wasn’t like he repped there in August. It happened on Tuesday. We said, ‘Brandon we need you out here.’ The team player he is, he said, ‘I can do it; just give me the ball, coach.’ If you notice on the film, he picked up a blitz and hit a linebacker in the mouth. He can do all three things: catch, run and return game.”

Rollins said even with second- and third-team players in the game, the Jaguar defense could have done better. The Devils had 217 yards in the second half.

“We shouldn’t have a drop off when we sub,” he said. “Just because you’re not No. 1 to the depth chart, you still have to make the plays that come to you.”

Martell Fontenot, who punts and kicks extra points, is one injured player who won’t return for the Texas Southern game and may be out several weeks. He was hurt when trying to run from punt formation in the fourth quarter.

Freshman Luke Jackson, who made a 43-yard field goal, will take over on PATs and freshman Joshua Griffin will get first crack at the punter job. Griffin kicks left-footed and has shown a strong leg with eight of his 21 kickoffs returned and 10 touchbacks.

“Being a left-footed punter is always a plus,” Rollins said. “We want you make sure and get him synchronized because he hasn’t been repping it whole bunch. This is a good week to get reps with a live rush coming at him.”

Southern University edged up in one BOXTOWARE HBCU poll and stayed put in another in the polls released Monday. The coaches’ poll has Southern up from No. 7 into a tie with the Rattlers. The Jaguars stayed at No. 8 in the media poll. Alabama A&M, Jackson State, North Carolina A&T, Prairie View and Alcorn State were 1-5 in both polls.

The Southern University Quarterback Club is sponsoring a bus trip to the Texas Southern game Oct. 9 in Arlington, Texas. The bus will depart from the F.G. Clark Activity Center at 3 a.m. on game day. For more information, contact Reginald Jarvis at (225) 939-5906 or rjarvis@yahoo.com.