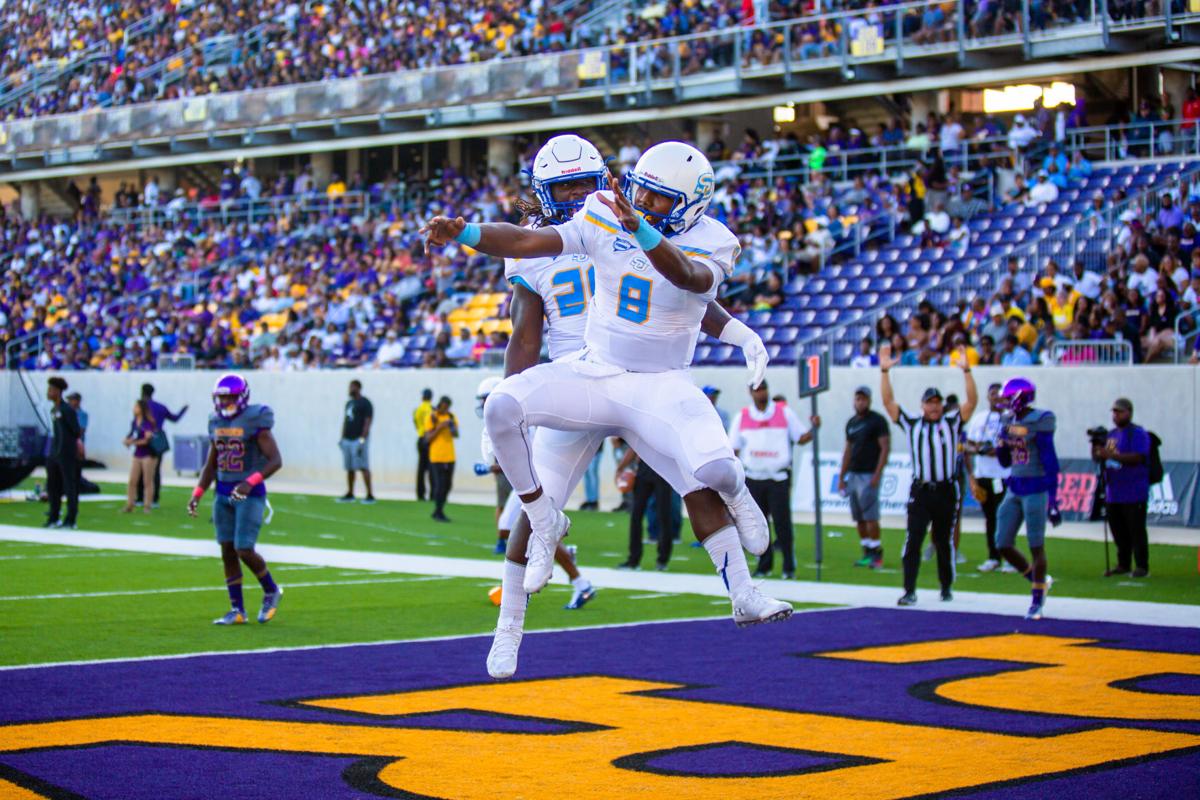 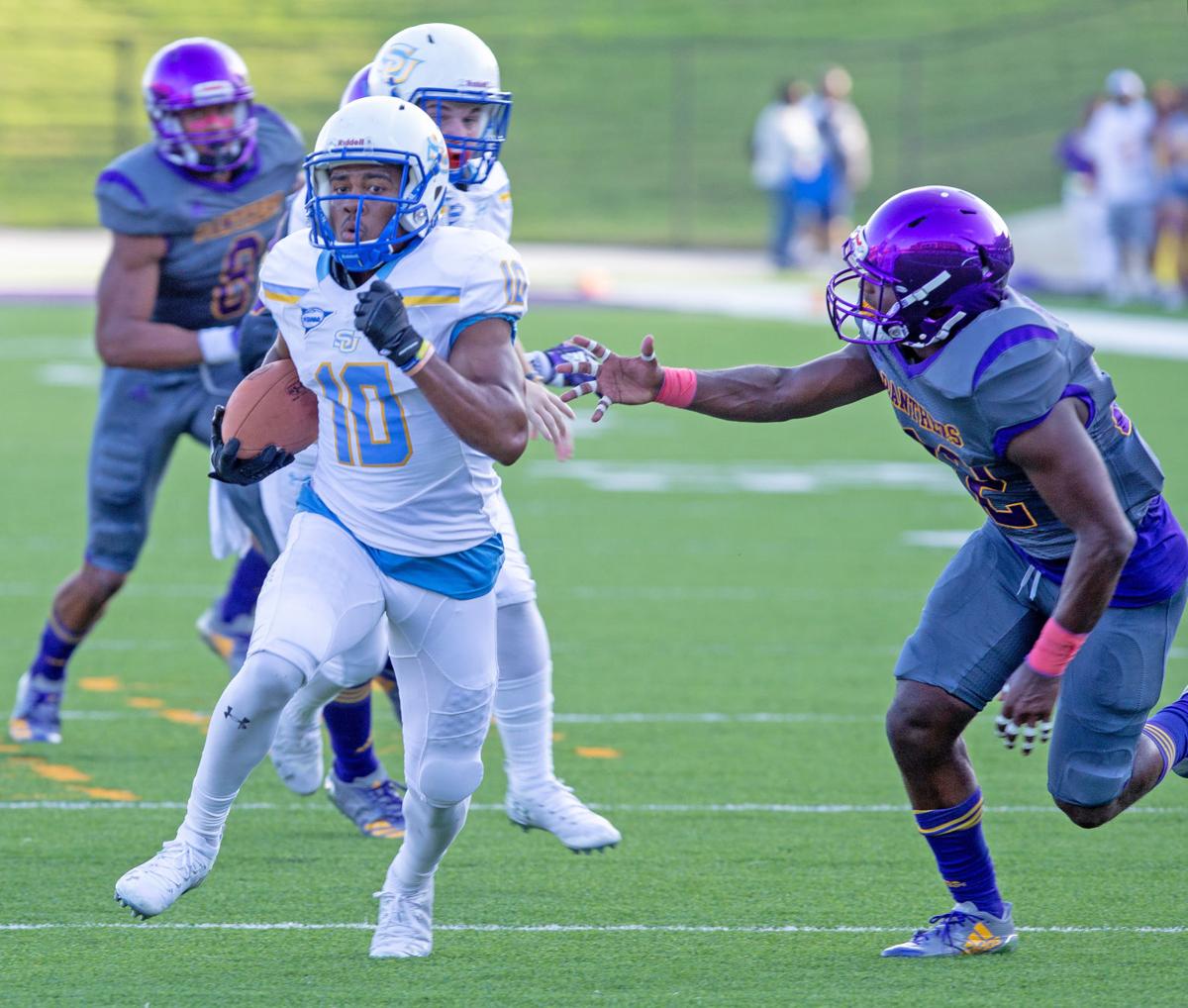 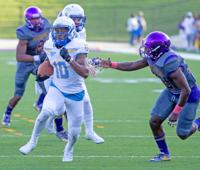 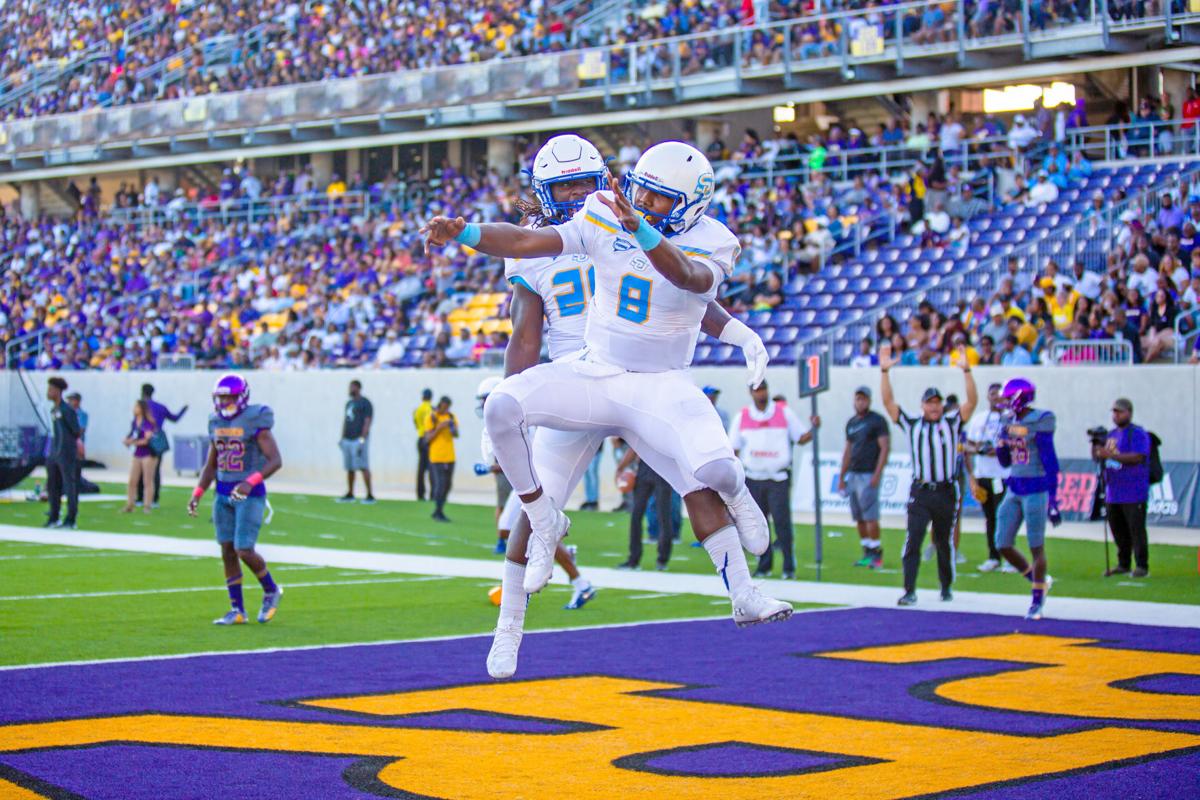 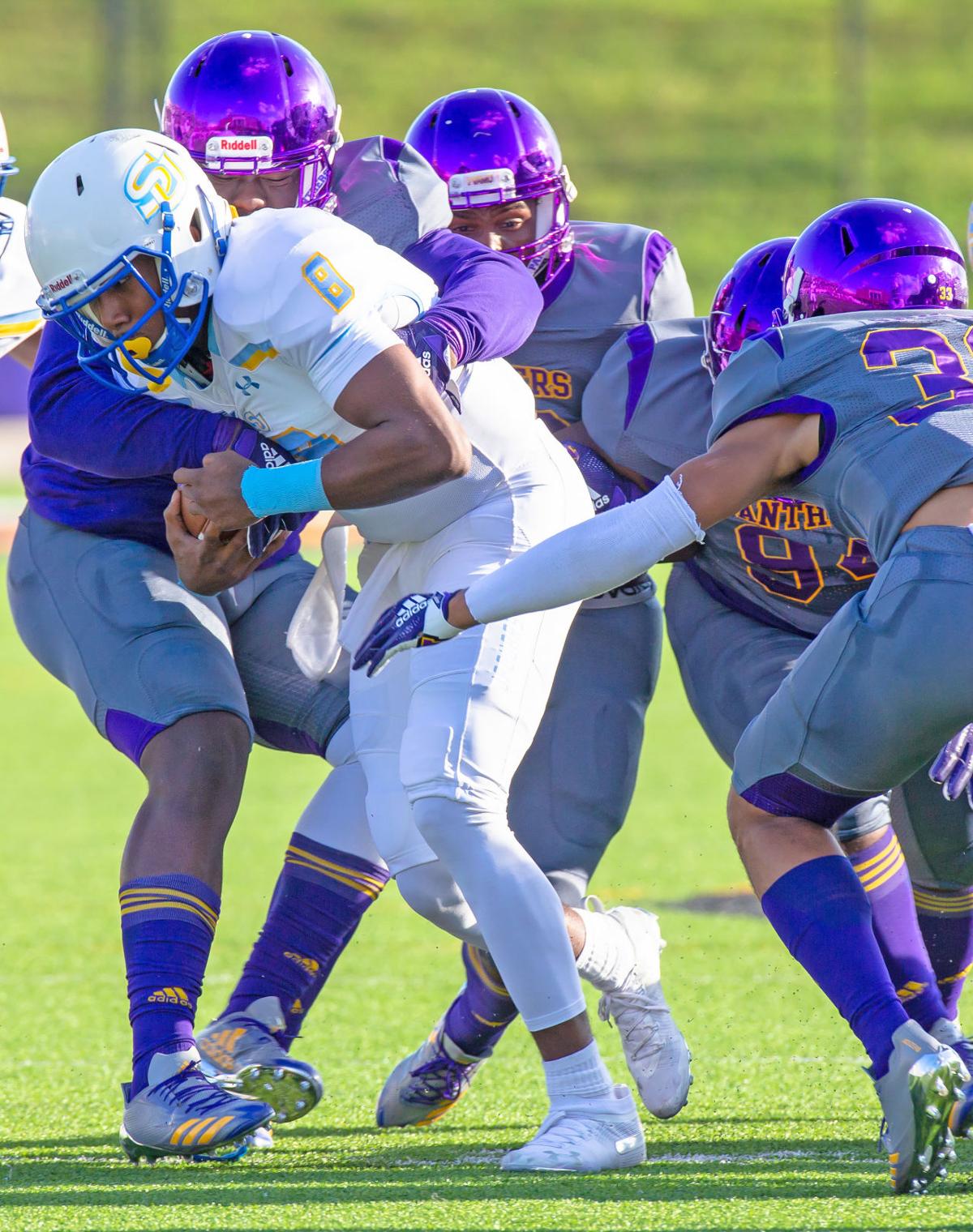 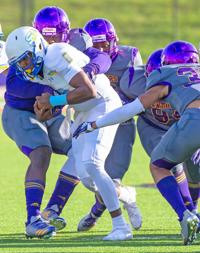 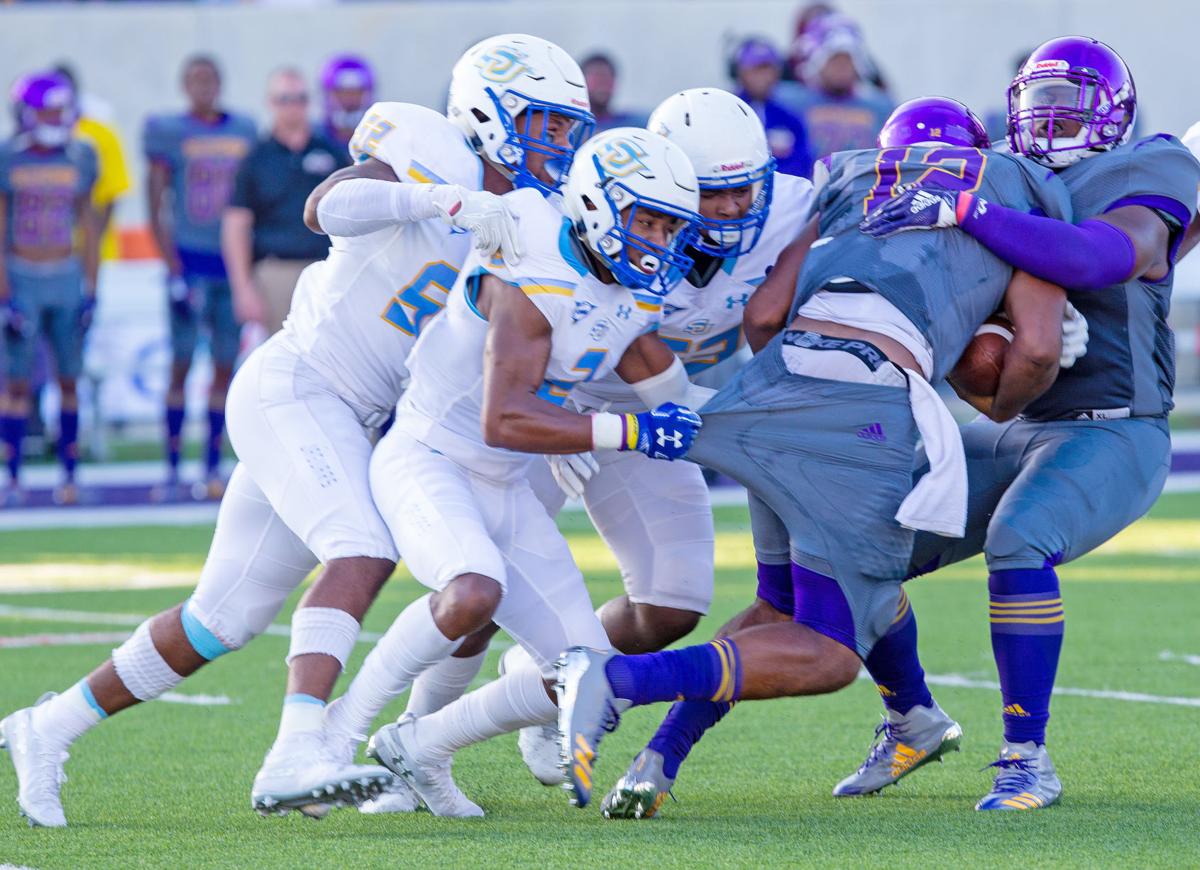 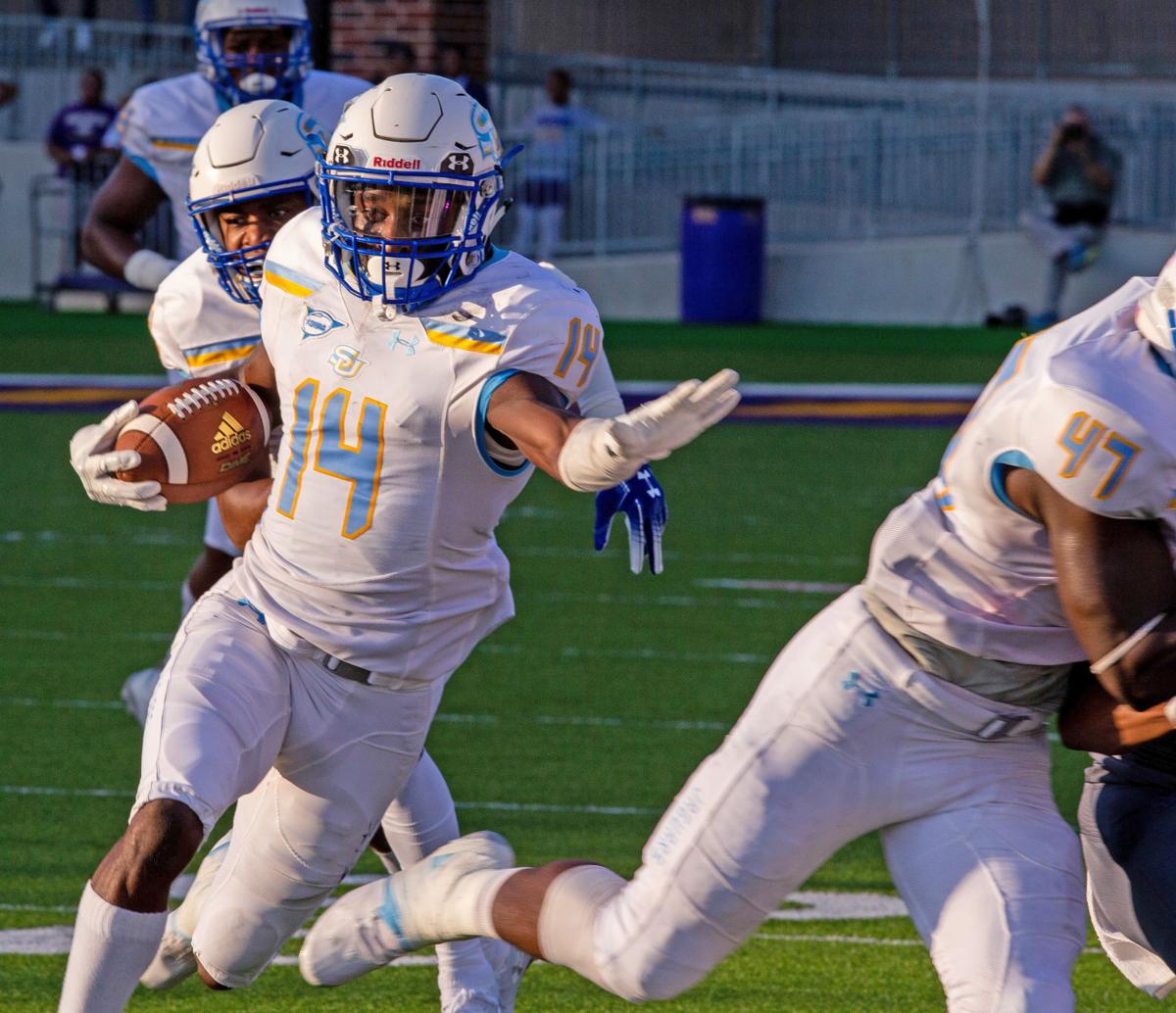 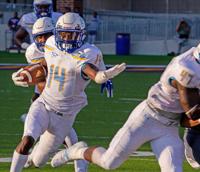 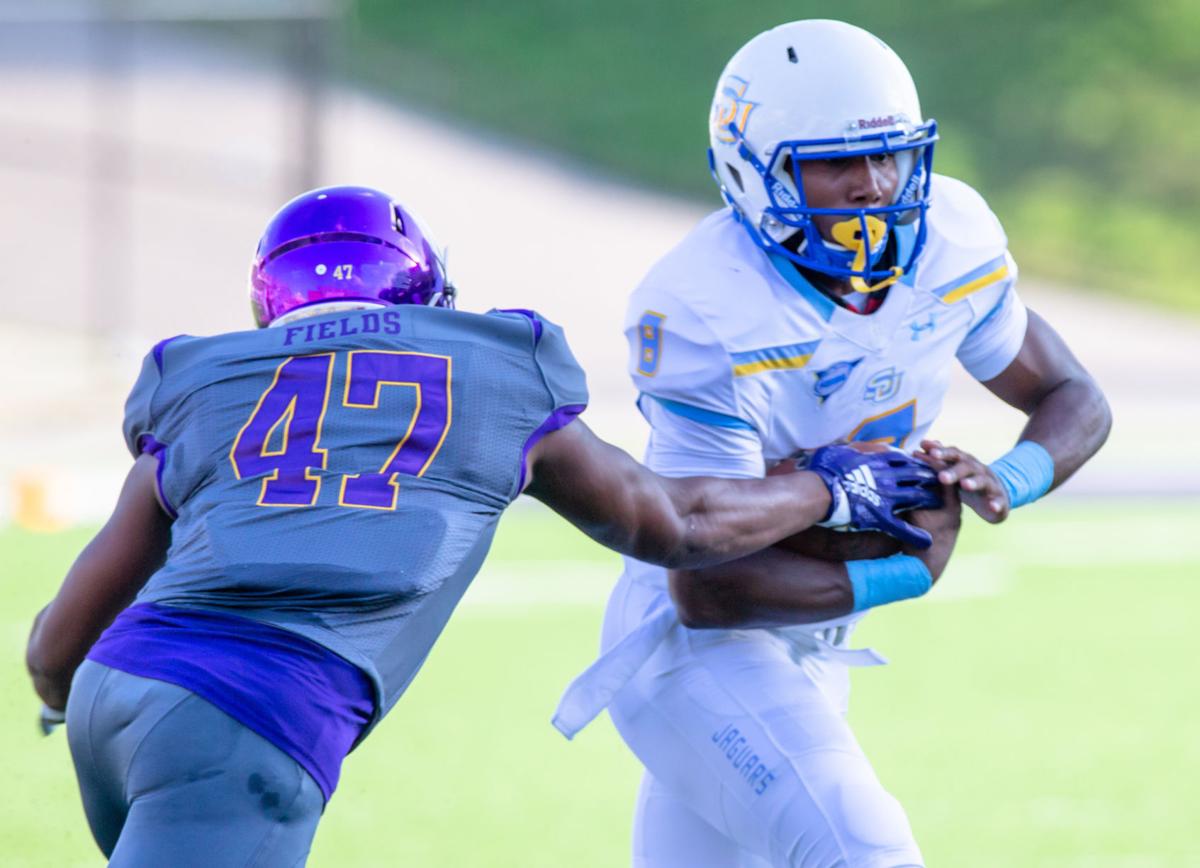 PRAIRIE VIEW, Texas — When Ladarius Skelton ran into the end zone 9 minutes and 22 seconds into his first career start, Southern was ecstatic.

Not just for Skelton, but for simply getting the fast start it hoped for all season.

By the time he rushed for his fourth touchdown of the night to cap a 38-0 win over Prairie View on the Panthers' home turf, the Jaguars were ecstatic for a completely different reason.

After having its worst offensive output in close to a decade against Alcorn State two weeks before, Southern needed a change. It needed the spark that had been missing all season.

A junior college transfer who came into the season as the Jaguars' No. 3 quarterback, gave his teammates the explosive start they desperately missed.

Skelton led Southern on scoring drives in each of its first three possessions. The Jaguars, in fact, scored on their opening drive for just second time this season.

By the final whistle, Southern had claimed more than 500 from scrimmage and its first shutout since a 55-0 win over Mississippi Valley on Nov. 19, 2016. SU's points and total yards were both season highs.

"He's a superb athlete," coach Dawson Odums said of Ladarius Skelton. "He can hurt you running and throwing, and he's only going to get better. As he gets better, the guys around him will get better. Confidence grows from this game.

"We knew (the offense) was going to come together. We just didn't know when. I think we found out when."

Publicly, Odums told those outside his program that changes were coming as the Jaguars emerged from their open week — corrections to mistakes that led to just 139 yards of total offense in a 20-3 home loss to Alcorn.

Odums told media Tuesday that all four of his quarterbacks would likely play against Prairie View as he reopened the position battle the Jaguars (3-3, 2-1 Southwestern Athletic Conference) went through during the preseason.

But after the game, Odums said the plan all along was to stick with Skelton for the entire night. The coaching staff planned to use his speed and athletic skills to move the ball. The former starter, John Lampley, was the only other QB to see the field Saturday, though he did not record any stats.

Skelton threw for 168 yards and a touchdown on 15-of-26 passing, and he rushed for another 202 yards and three scores. He had no complete passes and 8 eight rushing yards in his previous four appearances.

Skelton was not available to media after the game.

"I knew our offense was going to catch up (with the defense)," Odums said. "Plays were there to be made and we hadn't executed. Well, tonight, you got a first-hand look at what happens when we execute. When you do those things, success will find you."

With Skelton finding his groove in the shotgun formation, the rest of the Jaguars rallied around him for big play after big play.

The Jaguars had scored just 20 points in their previous five quarters before kickoff. On Saturday against Prairie View (3-4, 2-1) — which came into the game atop the Western Division under first-year coach Eric Dooley, the ex-Southern assistant — the Jaguars produced 17 first-quarter points against the Panthers.

With about 2 minutes to play before the break, holder and wide receiver Kendall Catalon ran a fake field goal 25 yards for a touchdown, seizing all the momentum Southern needed to put away Prairie View.

While Catalon only caught four passes for 26 yards — relatively low numbers for arguably the Jaguars' best all-around offensive player — he was part of Skelton's plan to spread the ball around. He completed passes to eight receivers.

Trey Smith, a fellow first-year transfer, was on the receiving end of Skelton's first career passing touchdown when he caught a 5-yard jump ball in the corner of the end zone in the third quarter.

The increased efficiency led to Southern holding a 20-minute advantage in time of possession.

It also helped the defense with favorable field position all night. Southern made five interceptions against the SWAC's leading passer, quarterback Jalen Morton.

"The (open) week was good for us," Catalon said. "We started out fresh. We started out new and we went tempo the whole night and Prairie View couldn't stop it. Especially with (Skelton) coming in, he brings a whole knew energy into the offense."