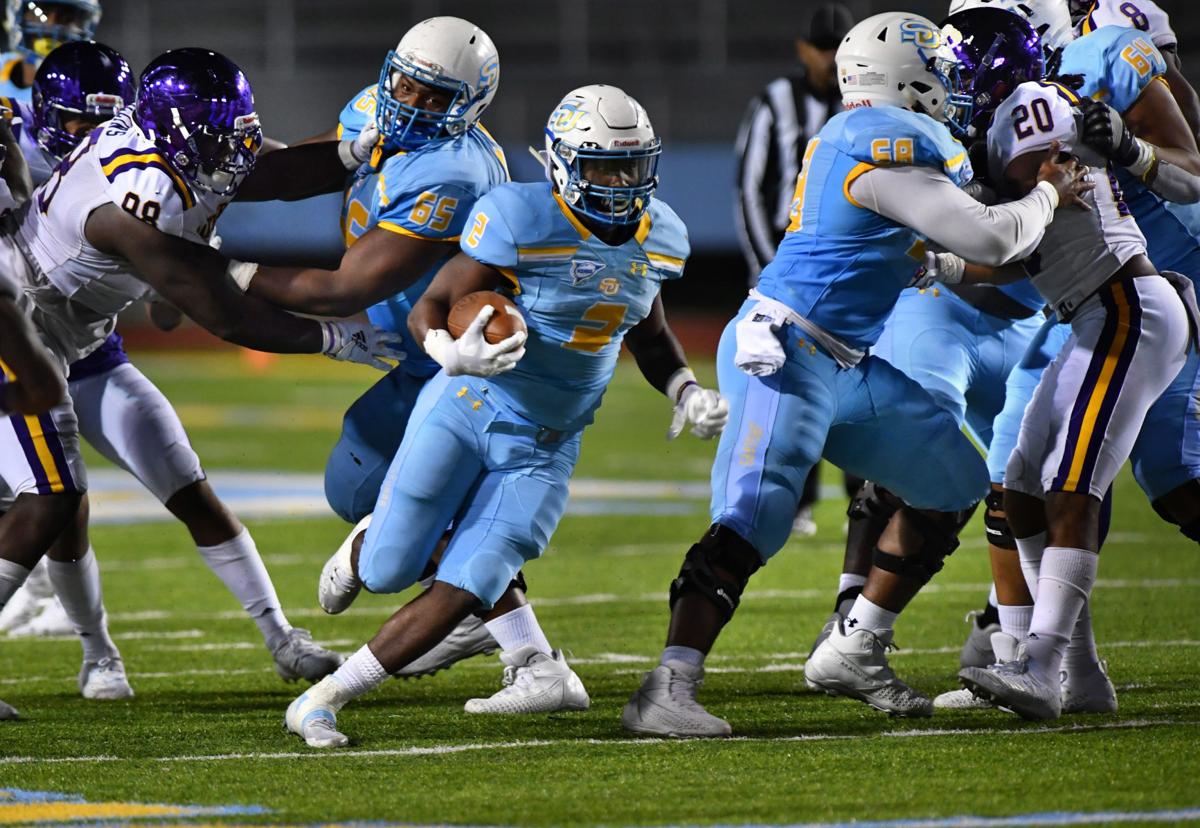 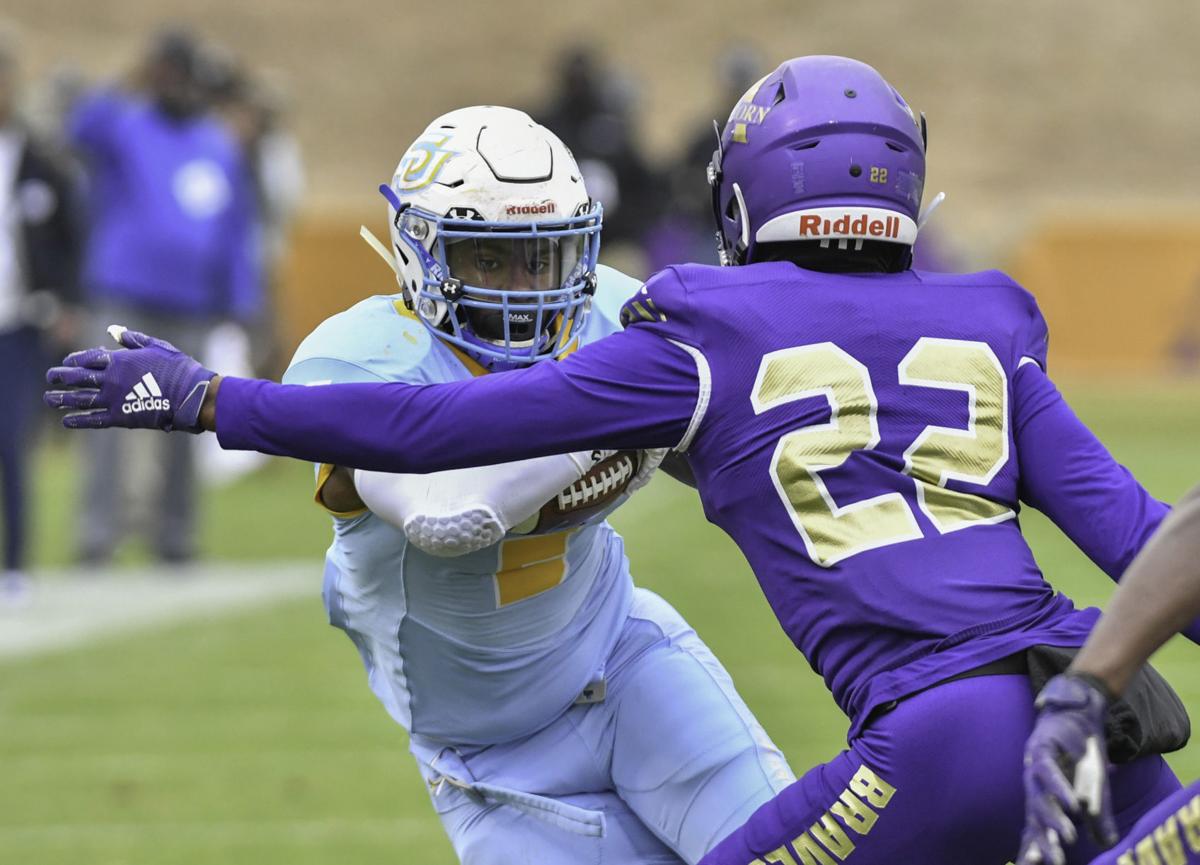 Southern RB Devon Benn tries to get past Alcorn DB Taurence Wilson during their game Saturday with Alcorn in Lorman, Mississippi.

Southern RB Devon Benn tries to get past Alcorn DB Taurence Wilson during their game Saturday with Alcorn in Lorman, Mississippi.

When asked to rate how exciting it will be to reunite with her teammates, on a scale of 1 to 10, Southern University volleyball player Princess Stark offered an overstatement.

But the senior setter tempered that response with a coronavirus reality check — a notion one of the Jaguars' top returning football players, senior running back Devon Benn, can relate to.

“It is very important, especially now, to understand that this is a global issue. Every college is going through this and we all have to adjust,” Stark said. “Our health and safety is a priority for Southern University as we prepare for the time to return. The toughest part of it is not knowing what will happen.”

SU promised to bring its athletes back to campus, starting with volleyball and football, after July 4. When that will happen remains unclear. Like many colleges across the nation, recent spikes in COVID-19 cases in Louisiana and other states has prompted to Southern to proceed with caution. No firm date for return before August camp is set.

“The first two or three weeks of the pandemic was tough,” Benn said. “I didn’t know what to do. Everything was closed. You could not go out. I was missing spring football and being around my brothers.

“I can’t wait to be around my brothers again. But we will have to be way more careful. Don’t go out places, don’t be in large groups and keep our individual space. All that will be important.”

In the meantime, both athletes are doing what their best in the new sports world. They attend virtual team meetings, study film and work out on their own.

Stark is taking six hours of summer classes online from her Memphis, Tennessee, home. With an eye on applying to dental school, she treats classes like a job. Stark’s daily routine consists of getting up at 7 a.m. and working from 8 a.m. to 5 p.m. on her coursework.

After 5 p.m., a workout starts with running. She does distance work, jogging between two and three miles on Mondays and Wednesdays. Sprint intervals are Tuesdays and Thursdays.

Stark does not work out a local gym. She does individual drills with a volleyball and finds garage items or other workout gear to supplement her workouts.

Benn is not taking any classes this summer. He laments the loss of a spring internship at the SU Recreation Center. Benn is doing what he has done since returning to his New Orleans-area home in March — work in a family-owned grocery store. He typically works until 5 p.m., then gets in his workouts.

When the pandemic began, most of Benn’s workouts consisted of body-weight exercises and running. He still runs and alternates sprints and distance work. Benn’s workouts now include trips to a nearby gym, along with Zoom team and offense sessions.

“For the most part, everybody is on the same page learning the new offense. When we get back it should not be as hard, but there will be some difficulties, I’m sure,” Benn said. “We have been doing film study over Zoom and that has helped.

“Right now, we don’t know what the season will be like. When we finally do get back, we’ve got to hit the ground running. We will have to pick back up fast with working out. Most of us have been lifting, but it’s not the same as being with a team and your coaches.”

The sense of urgency that comes with a senior season is tempered by the sense of the unknown for Stark and Benn, who are both set for leading roles on their respective teams.

Benn led the Jaguars in rushing with 811 yards and seven touchdowns a year ago. As a setter, Stark will serve as the quarterback for the Lady Jaguars.

For now, Zoom meetings, group texts, FaceTime and other virtual tools keep the duo close to their teammates. The volleyball team has its own reading assignment: “The Energy Bus,” a life/work skills book.

The anticipation of practicing and competing again is as tantalizing as ever.

“I’m pushing myself harder than I ever have, and I’m going to push my teammates harder,” Benn said. “The goal is to win the (SWAC) championship and go to the Celebration Bowl. This is my last ride with these guys. I am ready to get back.”