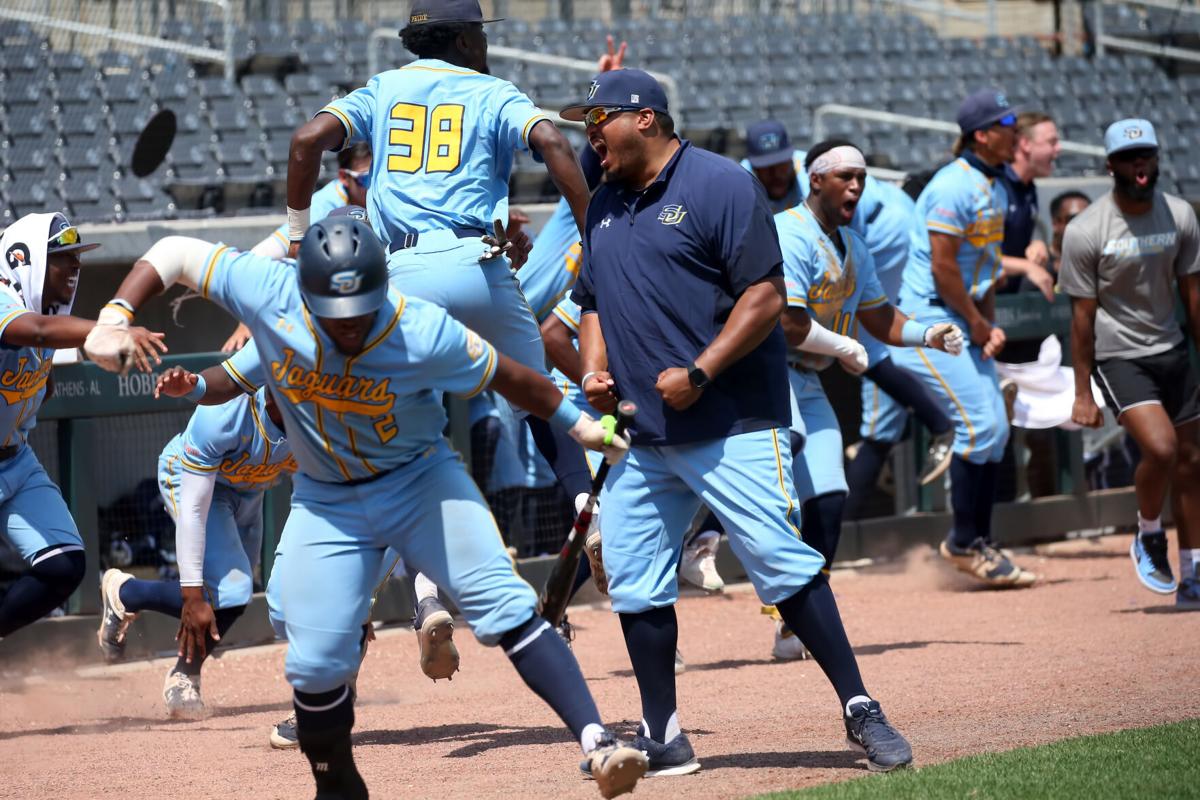 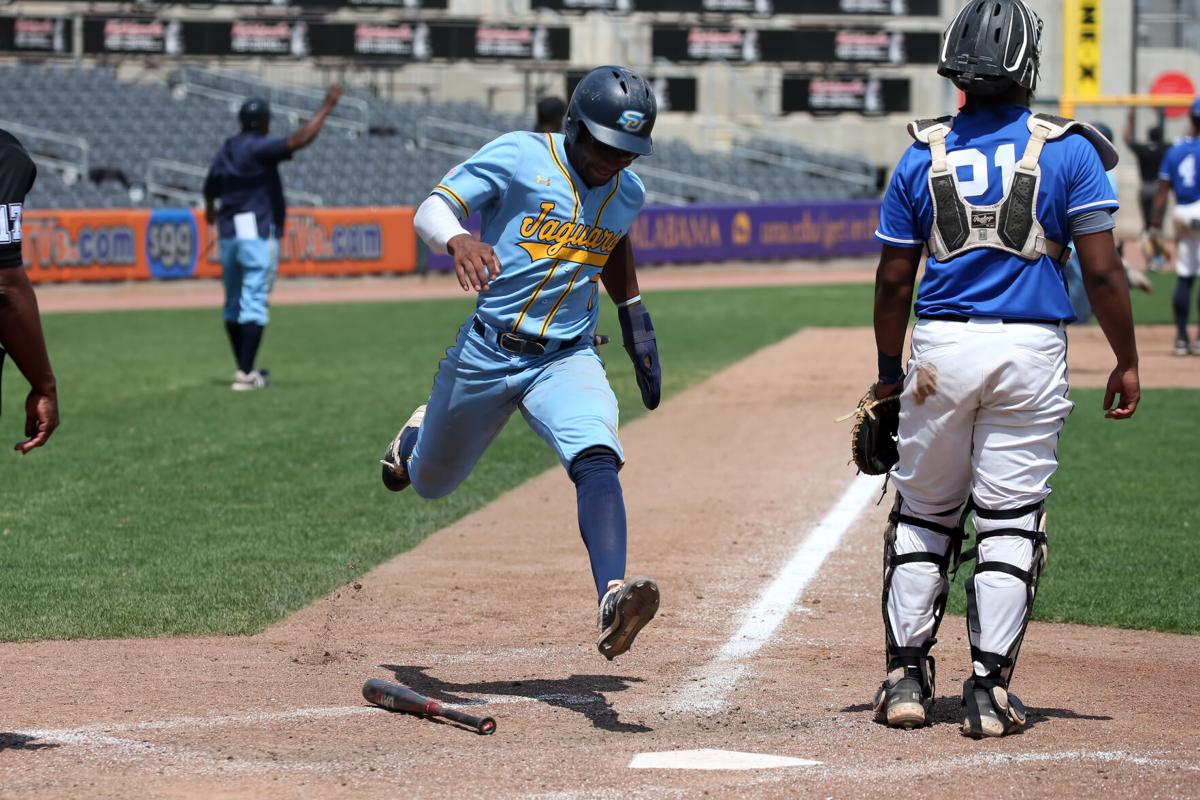 Southern's Javonte Dorris steps on home plate to score on O'Neill Burgos' three-run home run in the ninth inning against Jackson State in the SWAC tournament championship game Sunday in Madison, Ala.

Southern's Javonte Dorris steps on home plate to score on O'Neill Burgos' three-run home run in the ninth inning against Jackson State in the SWAC tournament championship game Sunday in Madison, Ala.

The Jackson State baseball team dominated the SWAC baseball season with a 24-0 league mark, but Southern showed the road to the NCAA tournament still runs through Jaguarland.

O’Neill Burgos’ three-run homer in the ninth inning was the final, and deciding, blow in Southern’s unlikely league tournament championship that vaulted the Jaguars from conference also-rans to the league’s automatic berth in the tournament that begins June 4.

The Jaguars won four consecutive elimination games, saving its best baseball for the most important time after going 15-27 in the regular season with a bad stretch in the midst of the conference schedule.

“The chemistry was right, we played hard, and everything kind of went our way,” said coach Chris Crenshaw, who may have eliminated the interim tag from his coaching title. “Our backs were against the wall four games in a row. Before Sunday game, I told them we didn’t come this far not to go home without a dogpile at the end.”

Burgos was named the tournament MVP, but there was plenty of credit to go around. Infielder Zavier Moore, outfielder Isaiah Adams, first baseman Colton Frank and relief pitcher Enrique Ozoa were named to the all-tournament team.

Adams batted .409 with nine hits, Moore hit .375 and Frank knocked in seven runs in back-to-back victories against West Division champion Prairie View. All three hit homers. Tremaine Spears had seven hits, including a homer, and Taj Porter was 8 for 22.

Ozoa pitched two scoreless innings in the game that put Southern in the finals and then got the save with a perfect ninth against Jackson State. Starting pitcher John Guienze set the tone with a 3-0 shutout of Alabama State in the opener, striking out nine, and came back to start the final. It was Southern’s first complete game and shutout this season.

The Southern bullpen kept opponents in single digits, allowing five runs or fewer in every game until the final. The Southern staff did this without its most consistent pitcher, Joseph Battaglia, who missed the tournament with an injured middle finger on his pitching hand.

“Everything clicked,” Crenshaw said of his pitching staff. “We came out, got ahead and put the hitters away a majority of the time. Guienze could have been the MVP. He took the ball in Game 1 and threw our first complete game and shutout of the season. There were a lot of first this weekend. He kept us in the final game. I asked him just to give us a shot at the end.”

Crenshaw said he had an inkling his team was due for a hot streak from practices in the two weeks leading up to the tournament.

“We got some good practices going in,” he said. “I felt good about that week and a half of preparation. We had a good vibe all year. We had those lulls during the season, but nobody ever got down. We had a chance to catch our breath, stay at home a couple weeks and practice. It seemed like during the season every time I looked up we were getting on a bus.

“Our confidence grew each day. We knew if the pitchers gave us a chance we’d have an opportunity to win every game. It wasn’t just one thing. All of the seniors, we even had some freshmen leading from the dugout. Everybody took a little leadership on themselves. It was a group effort.”

Crenshaw said the Jaguars would take a couple of days off before preparing for the HBCU World Series to be played in Jackson, Mississippi, from Friday through Sunday. The best-of-three series pits the Jaguars against Mideastern Athletic Conference tournament champion Norfolk State (25-26).