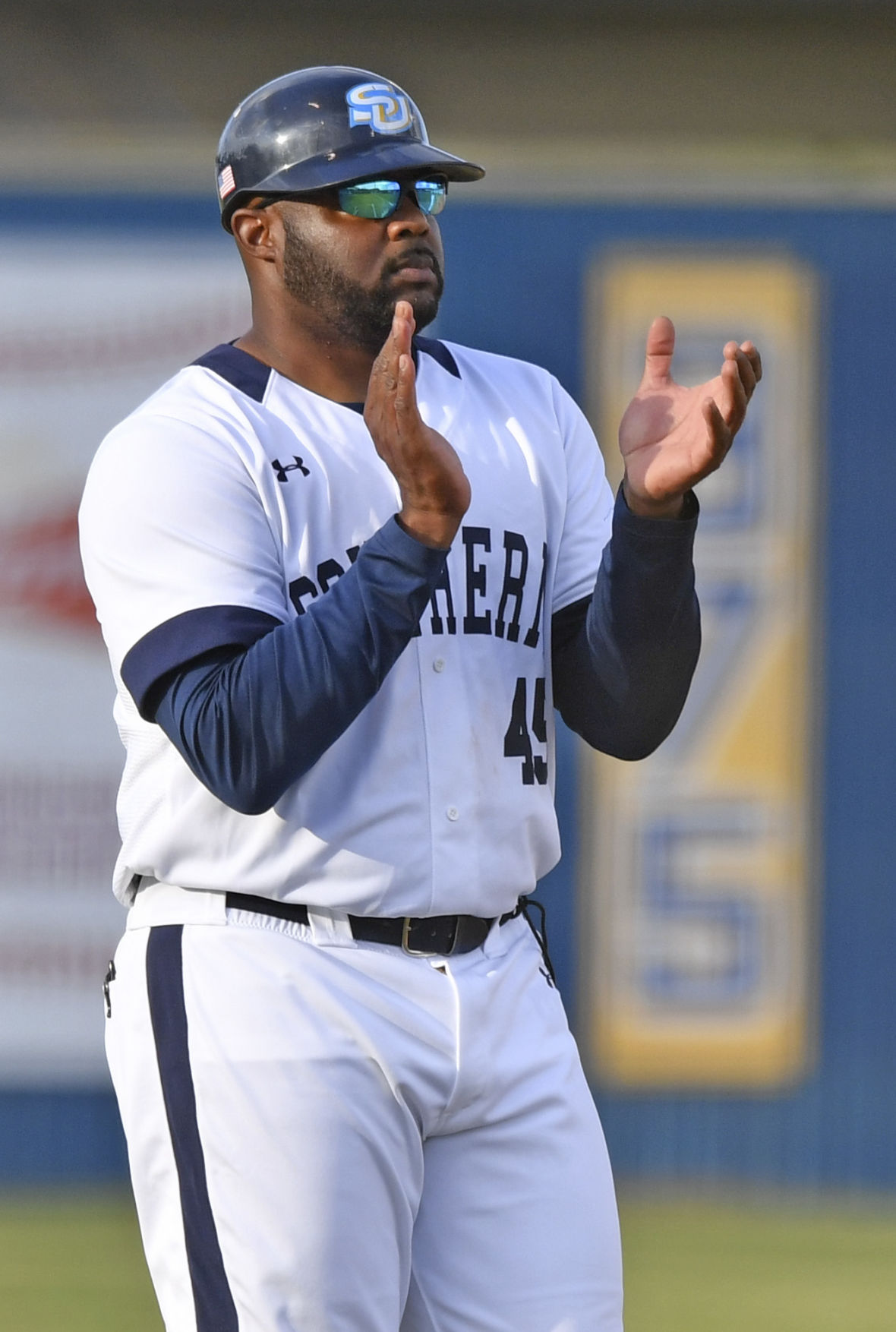 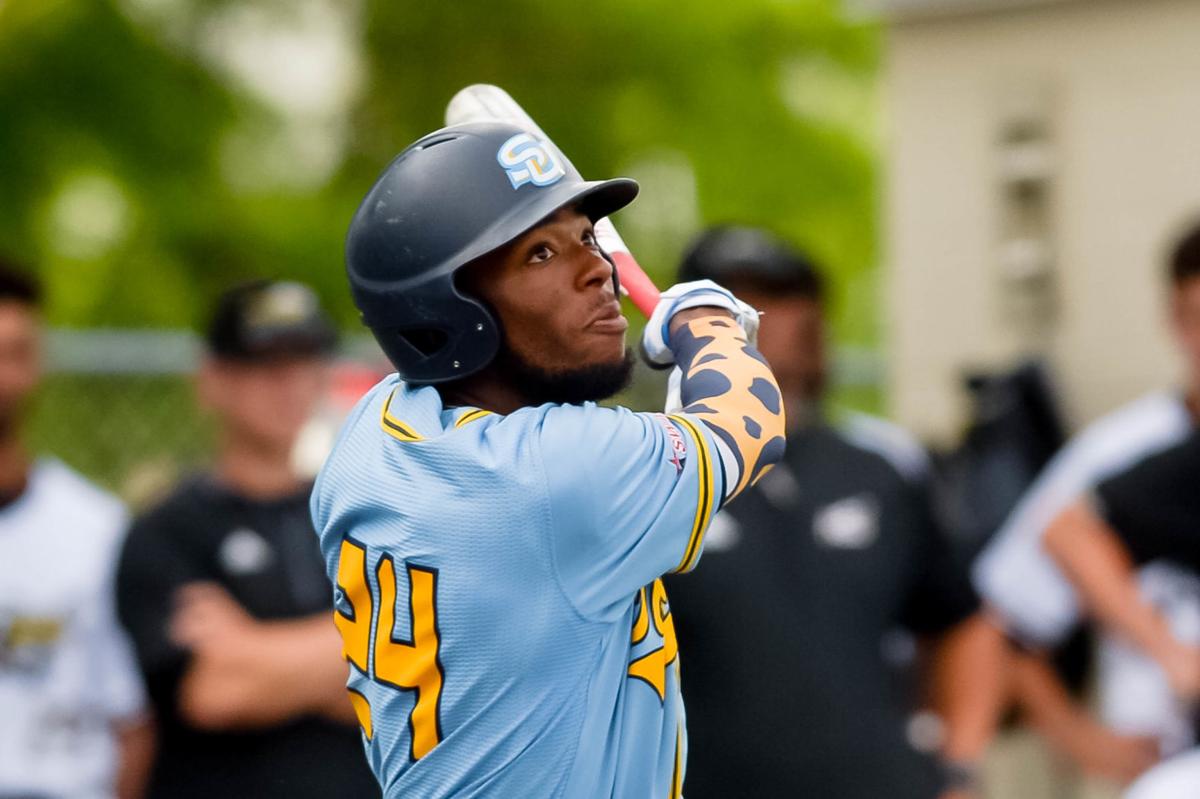 Southern's Hampton Hudson follows through on a hit as the Jaguars take on Alabama State in the championship game of the SWAC baseball tournament at Wesley Barrow Stadium in New Orleans on May 19.

Southern's Hampton Hudson follows through on a hit as the Jaguars take on Alabama State in the championship game of the SWAC baseball tournament at Wesley Barrow Stadium in New Orleans on May 19.

If the Southern University baseball team wants to produce a sequel to last year’s Southwest Athletic Conference championship, it's going to do so with an almost entirely new cast.

The Jaguars, who open practice Friday as the reigning league champs, have one position player back and a handful of pitchers from the team that went 32-24 in 2019, Kerrick Jackson’s second season as coach.

Jackson said he’s hoping the pitching can hold up and he can get enough contributions from newcomers to absorb any early difficulties and hit stride when conference play starts Feb. 28. The Jaguars’ regular season begins Feb. 14 at UNO.

“We’ve got one position player who played every day, so we’ve got competition for the other spots and trying to figure some things out,” Jackson said. “We’ve got some talented freshmen, but they’re freshmen. They’ve got a chance to step in and play for us but that could put us in a situation where we take some lumps this year, the learning curve of their transition to Division I, the speed of the game. They have the ability and talent to compete at this level and beyond, but we’ve just got to get them over that hump.”

The lone position player return is outfielder Hampton Hudson, who will move to center field. He batted .305 with two homers and 31 RBIs while stealing 17 bases in 19 tries. Jackson said Hudson could end up anywhere in the batting order, including the leadoff spot.

“Hudson has that leadership personality, tenacity, he wants to be great and wants people around him to be great,” Jackson said. “He plays with his hair on fire. We’re counting on him.

“I’m not sure where he will bat. We’re still figuring out the order. We have the next three weekends and three in season to nail it down, see where guys fit in.”

Jackson does have two holdovers in infielder Zavier Moore and outfielder Michael Wright, both juniors who saw limited action last season and redshirted. Moore batted .260 in 23 games with 22 starts while Wright batted .200 with 11 starts in 13 games.

Moore could play first, second or third base and Jackson expects him to hit wherever he plays. Wright could win the left field spot.

“You hope the juniors can step up and be in the starting lineup,” Jackson said. “We won’t necessarily play the best nine, we’ll play the nine that play best. They’ve shown flashes.”

Two freshmen who are expected to man key positions are catcher Brandon Green and shortstop Bubba Thompson. Green, a Chicago native, looks comfortable behind the plate but his “bat a is a little shy.”

Thompson has been locked in at shortstop since he arrived, but is untested at the college level.

“He’s got a high ceiling, a lot of ability, but he’s a freshman,” Jackson said. “He hasn’t had any true failure let. We’re waiting to see how he responds when it comes. He could play shortstop for us for a long time.”

Taj Porter and third year Jaguar William Nelson are the backups at catcher.

Moore and fifth-year senior Frankie Montesino are vying for the second base job and being pushed by freshman Jahli Henricks. All three are also in the running at third base while Moore, Porter, Jovante Dorris and Blake Martin are in the mix at first.

Dorris could also be in in the outfield picture along with left-handed hitters Derrick Mayes and Garrett Felix.

Heading up the pitching staff is All-SWAC right-hander Eli Finney, who was 6-2 with a 4.45 ERA in 10 starts, including a victory over LSU. The Jaguars lost All-SWAC closer Connor Whalen but Jackson expects the experience and depth will make up for it.

“Finney was the consistent guy for us,” Jackson said. “Our strength was in the bullpen. We were 26-3 with the lead after 6. We don’t have a guy to replace Connor Whalen, so it may be closer by committee.”

Jerome Bohannon is looking for more consistency after leading the staff with 13 starts last year. Sejior left-hander Jacob Snyder is back after injuries limited him. He was 3-1 with a 3.20 ERA.

Mykel Page and Dimitri Frank will be looking for a place in the bullpen rotation. Senior holdovers include Wilhelm Allen, Markaylon Boyd and Jackson Cullen, and junior Austin Haensel threw 48⅔ innings last year with a 2-02 record and a 4.44 ERA.