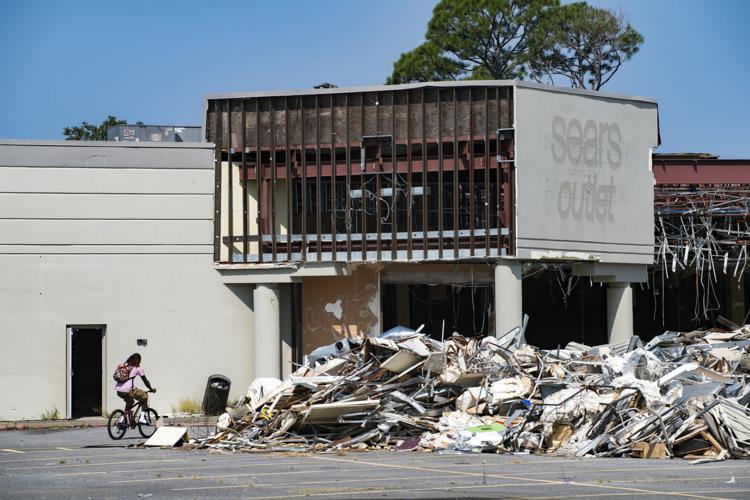 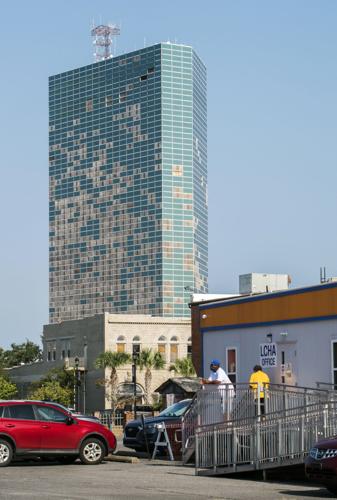 Southwest Louisiana has begged and pleaded for federal disaster relief since Hurricane Laura tore through the region more than a year ago. It may turn out that another storm of similar strength — Hurricane Ida — finally prods Washington to act on its behalf.

The region not only suffered a devastating blow from Category 4 Laura in August 2020. It was also hit by Category 2 Hurricane Delta six weeks later, an unusually harsh winter storm in February and heavy flooding in May.

But it is still waiting for federal funding to address long-term recovery needs, and local officials have issued increasingly urgent warnings over a housing crisis, widespread damage yet to be repaired and the potential for major population loss. They have repeatedly pointed out that other regions have received such relief far more quickly following just one catastrophe, let alone the four that occurred in southwest Louisiana amid the pandemic.

While discussing the damage left behind by Ida, which rivals Laura as the strongest hurricane to make landfall in the state since 1856, Louisiana’s political leaders have also sought to highlight the ongoing woes of the Lake Charles area and the rest of the southwest, urging action to address the needs from all recent storms.

If sweeping legislation is approved for all of Louisiana — or even, perhaps, for the entire country, given the damage by Ida’s remnants in New York City and nearby — it could include disaster relief related to Laura as well. But the downside is there will be intense competition for dollars in a Congress gripped by populist posturing and dysfunction.

“To the people in southwest Louisiana, you are not forgotten. We are aware that the Community Development Block Grant disaster relief that you’re hoping for and counting on has not yet come through,” U.S. Sen. Bill Cassidy said during a stop Wednesday in Jefferson Parish with Gov. John Bel Edwards and Rep. Steve Scalise, referencing the type of aid the region is seeking.

“We continue to raise that with the administration. And for those in this community, we will begin to work on that as soon as you file to make sure that your situation is not that of southwest Louisiana — a year later, still waiting.”

At the same time, officials in southwest Louisiana have been given repeated assurances over the past year that help is on the way. They are still waiting.

There is little question that the assistance is needed. As southeast Louisiana saw this week, the destruction left behind by a Category 4 storm is immense. More than a year later, an estimated 3,000 to 5,000 people remain displaced in Lake Charles from all four disasters and rebuilding has sputtered. A drive through town reveals blue tarps, destroyed businesses and apartment complexes that sit in ruins.

The region would like to establish a program to help cover the gap between what insurers are providing and the true cost of rebuilding, similar to Road Home post-Katrina, among other needs. Lake Charles Mayor Nic Hunter has grown frustrated in calling for help, stressing that the region simply does not have the resources to deal with Laura plus three other disasters on its own, particularly with the pandemic having increased rebuilding costs.

He said Thursday that all communities deserve sufficient disaster relief, including his own, and stressed that when it comes to immediate needs, southeast Louisiana should take priority given the scale of the catastrophe still unfolding. But he added that the southwest must not be left out when it comes to long-term relief.

LAKE CHARLES – A year after Hurricane Laura pummeled southwest Louisiana, residents and community leaders are determined to rebuild, but conce…

Hunter said he has had encouraging discussions over the last couple days. He said that, despite the delay, he believes that the money would likely have eventually been approved, but Ida now may have “accelerated that conversation.”

“We know what they're going through and we know that they need the most immediate and dire resources. Having said that, the conversation about long-term recovery is still pertinent and it is still needed,” Hunter said.

He has said he would expect to receive around half of that in a federal appropriation, and much of it would surely go to southwest Louisiana given the damage there.

Craig Colten, an emeritus geography professor at LSU and author of an upcoming book on Louisiana land loss called “State of Disaster,” said the increasing rate of catastrophic events has complicated the process.

He also noted the political dysfunction in Washington as holding back assistance, citing as one example the delayed response to Hurricane Maria in Puerto Rico under the Donald Trump administration. But he added that he believes the Lake Charles area may now finally be in line for help.

“We’re seeing more and more instances in the last few years of congressmen pushing back against disaster relief when, from the 19th century into the mid-20th century, everybody always voted to approve disaster assistance because they never knew when it was going to be their turn and they wanted to be on record as favoring somewhere else,” he said.

Brant Mitchell, director of LSU’s Stephenson Disaster Management Institute, said he also believed southwest Louisiana would be better positioned to receive relief dollars since a larger and more politically potent delegation in Congress will be pushing for a bill. He pointed to the Sandy Recovery Improvement Act signed into law in January 2013.

“While that bill included a companion bill that provided disaster relief funding for the areas affected by (Hurricane) Sandy, the Recovery Improvement Act significantly improved the way FEMA provides funding to affected areas,” he said. “These reforms were mostly initiated by the Louisiana delegation following lessons learned from Hurricane Katrina. It took Superstorm Sandy to bring the necessary broad bipartisan support for those reforms to finally be implemented.”

Clair Hebert Marceaux, director of the port in Cameron Parish, where Laura made landfall and which suffered devastating damage, has repeatedly pointed to the area’s importance as an energy hub, including huge liquefied natural gas plants. But she says she’s perplexed as to why nothing has been done.

“This is not a contest for who got hurt the worst. This is: Everybody needs help,” said Marceaux, who lived in a borrowed RV for around 10 months after Laura and has since moved into a house that is still damaged.

Addressing why the region hasn’t received the kind of relief typically granted after major disasters, she said: “Why do we have any less value? That’s a question that nobody can answer for me and that I get asked too often. I’m not an elected official. I don’t have any power over what the federal government decides to do. All I can do is ask for help, just like every other Louisianian. That’s a really vulnerable place to be in.”