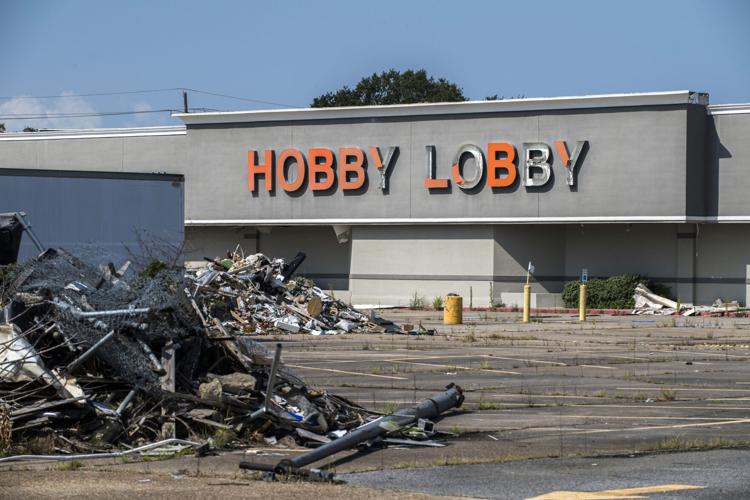 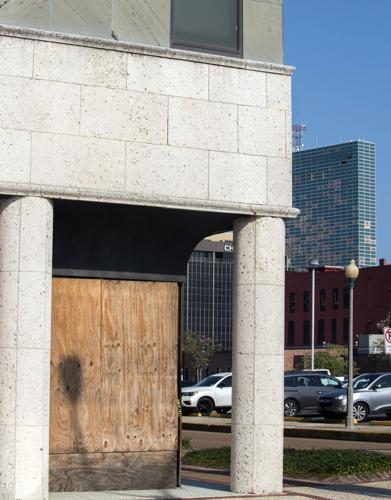 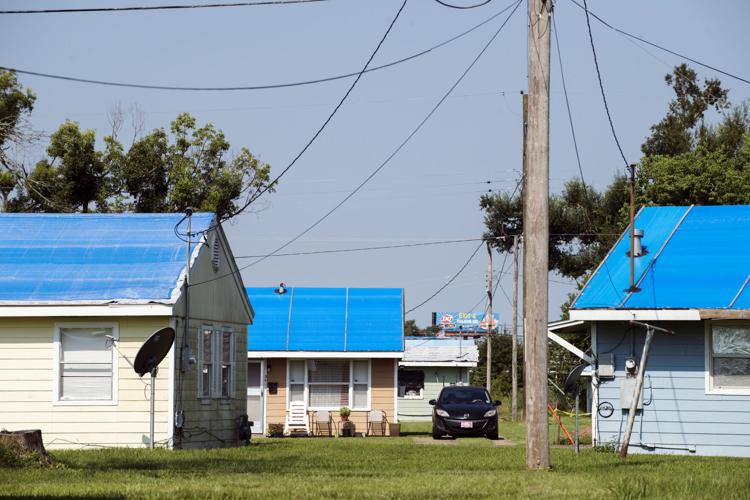 LAKE CHARLES – The White House on Tuesday issued a long-sought request for relief for southwest Louisiana more than a year after Hurricane Laura, providing hope that funding will soon arrive for faltering rebuilding efforts in a region devastated by four natural disasters and which has grown desperate in its pleas for help.

The announcement was greeted with cautious joy by the region’s political leaders who have spent months trying to draw attention to southwest Louisiana’s needs following not only Laura, but also Hurricane Delta six weeks later, an unusually harsh winter storm in February and flooding in May. While the request was long overdue for the region, it nonetheless marks major progress in their campaign.

“Today is a really good day for Lake Charles,” said Mayor Nic Hunter, who has loudly and persistently stumped for funding and who visited Washington in July to make the case. “We have a large chunk of the help that is desperately needed for southwest Louisiana within our grasp.”

The final amount the region would receive is yet to be determined, and the request itself must still be approved by Congress. If it is approved, the vote would likely occur this month as part of a larger spending bill since the new federal fiscal year begins in October.

The White House request amounts to $2.3 billion of the type of funding southwest Louisiana has been seeking to address long-term recovery needs. But some of that would likely be earmarked for wildfire damage in the country’s west, among other things. Still, local officials believe the Lake Charles area will receive a significant chunk, which would help address a housing crisis, among a long list of other priorities.

President Joe Biden’s request does not include Hurricane Ida, which will be addressed separately. The distribution of the dollars is typically determined by a formula developed by the federal government through assessments of communities’ needs. The technical term for the funding is Community Development Block Grant – Disaster Recovery.

Ida has helped refocus attention on southwest Louisiana’s needs in the wake of Laura, a storm of similar strength that devastated much of the region almost exactly a year ago. Ida and Laura were the strongest storms to make landfall in Louisiana since 1856, with 150 mph winds.

Three other disasters -- another hurricane, a flood and a winter storm -- led to further misery in southwest Louisiana: An estimated 3,000 to 5,000 people remain displaced in Lake Charles. While significant rebuilding has occurred, houses, apartment buildings and businesses still sit in ruins.

Supplemental federal disaster relief is common after catastrophes, and local officials have repeatedly pointed out that other regions have received it far faster, questioning why the Lake Charles area should be treated differently. The reasons offered have ranged from the change in presidential administrations to the challenges created by the pandemic.

The federal government has provided more than $1 billion in assistance for immediate needs in southwest Louisiana, but local officials say it is not nearly enough to address long-term recovery.

When Biden visited Lake Charles in May, he pledged help and local officials were given an opportunity to make their case in person. During his visit to the state last week in the wake of Ida, Biden again mentioned southwest Louisiana’s struggles, adding that he had put in a request to provide help.

“A supplemental disaster relief package is something that SWLA has long needed and has been requesting,” Calcasieu Parish Police Jury President Brian Abshire said in a statement. “We remain hopeful that our area is considered for a large share of this allocation, due to the sheer volume of damage sustained in SWLA across multiple nationally declared events.”

Gov. John Bel Edwards has spelled out $3 billion in unmet needs statewide for Laura, Delta and Hurricane Zeta, the latter of which hit southeastern Louisiana last October. He has said he would expect to receive around half of that in a federal appropriation. Most would almost surely go to southwest Louisiana, given the scale of the damage.

Louisiana’s congressional delegation has repeatedly called on the White House to issue a formal request for disaster relief. Though such a move is not required to pass the legislation, it is the most likely strategy to getting it approved, since Democrats control both the White House and Congress.

“Today’s formal request is long overdue for southwest Louisiana. We must make sure that everyone is cared for after Hurricanes Laura, Delta and Zeta from 2020 and Ida from last week,” U.S. Sen. Bill Cassidy, who joined other Republicans in negotiating with the White House on a recent bipartisan infrastructure bill, said in a statement.

He noted other portions of the White House spending request that could also benefit Louisiana, including highway and agriculture programs. Disaster-related requests in the proposal amount to more than $14 billion.

The acting director of the White House Office of Management and Budget, Louisiana native Shalanda Young, said in a statement that the administration was “committed to delivering the funding necessary to help impacted states and tribes recover from recent extreme weather events and natural disasters,” including Laura and Delta.

U.S. Rep. Clay Higgins, who represents southwest Louisiana but refused to attend Biden’s visit to Lake Charles in May, also welcomed the request.

“I’m uplifted to see the White House recognize Southwest Louisiana’s long-term recovery needs through a formal request for supplemental disaster relief,” Higgins said in a statement. “We have worked for many months to highlight Louisiana’s recovery needs, and this is a major step toward delivering much-needed grant funding in response to Hurricanes Laura and Delta.”

For Hunter, it feels like the finish line may now be within sight.

“I feel like if I were Indiana Jones searching for the Ark of the Covenant, it is in our sights, and we’ve just got to cross one more booby trap to get to it,” he said.

Damage from Hurricane Ida was so great that Louisiana may delay for a month both the October and November elections.