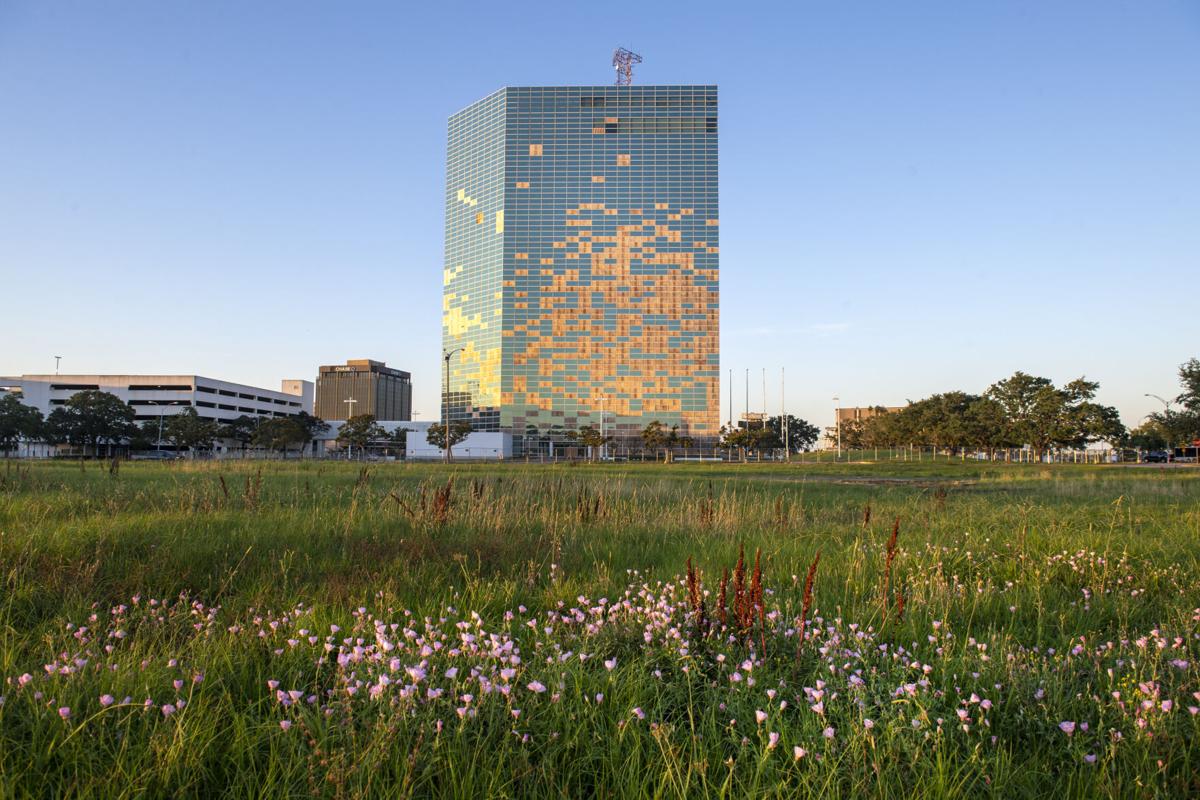 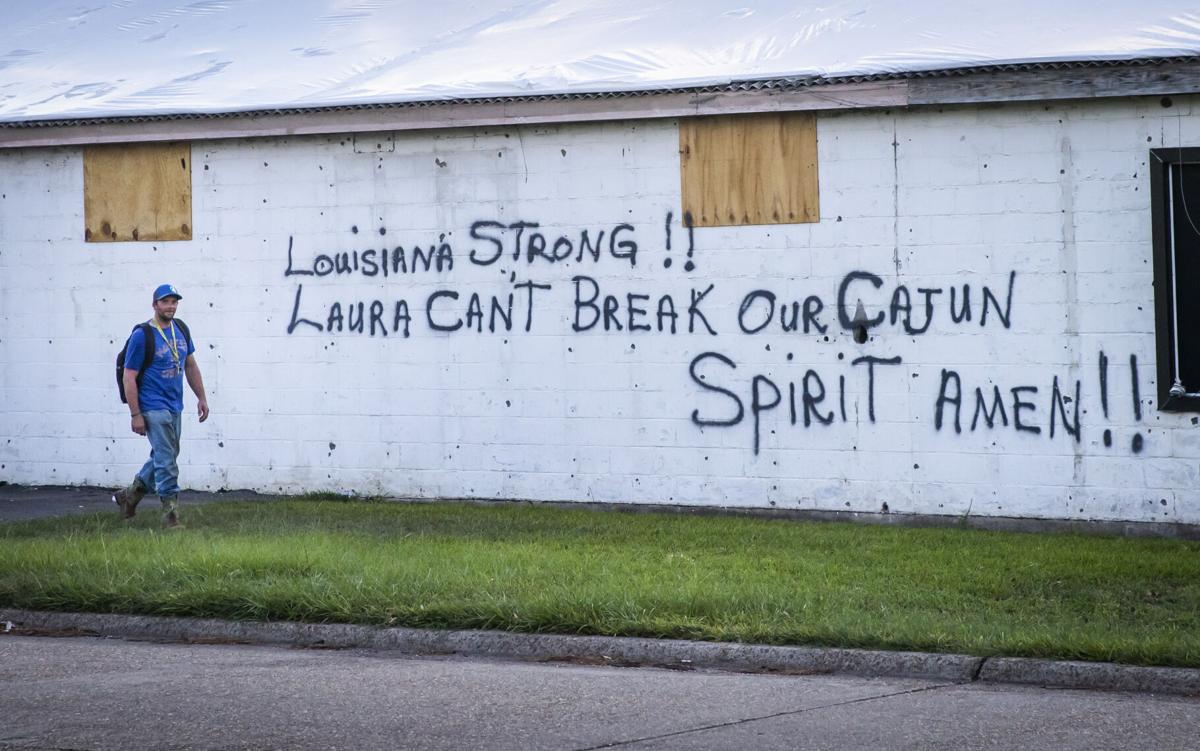 LAKE CHARLES — It ranges from a vision of connected greenways and bayous encircling Lake Charles to the urgent need for affordable housing. A plan intended to guide Calcasieu Parish’s recovery from last year’s devastating hurricanes is being unveiled after months of work.

But now comes the hard part: finding the money and implementing it.

Much will depend on whether the federal government sends additional disaster recovery dollars to southwest Louisiana. Without it, local officials warn, a true rebuild may not be possible in a region where storm damage remains ubiquitous, from the boarded-up windows and sealed off entrances of the Capital One tower in downtown Lake Charles to the blue tarps that still cover many roofs.

The 137-page document is more of a road map than a detailed way forward, meant to set out priorities for rebuilding over the long-term and suggestions for how to arrive there. It was put together by the parish with help from the Baton Rouge-based Emergent Method consultancy along with input from community leaders.

It does not contain the kinds of controversial suggestions that set off anger in the New Orleans area in 2005 post-Katrina, when calls to shrink the city drew a furious response from residents, especially those from Black and lower-income neighborhoods.

Much of the idea behind the plan is to have a playbook in place if and when supplemental federal dollars arrive. Many in the state and region believe money will eventually come – a supplemental federal appropriation is common following major disasters – though when and how much are the key questions.

Gov. John Bel Edwards has spelled out $3 billion in unmet needs from last year’s storms statewide, and he has said he would expect to receive about half of that in a federal supplemental appropriation.

Local officials, particularly Lake Charles Mayor Nic Hunter, have grown increasingly frustrated that supplemental money has not been approved 11 months after Hurricane Laura, the most powerful storm to make landfall in Louisiana since 1856. Category 2 Hurricane Delta followed on a similar path around six weeks later, while a harsh winter storm in February and severe flooding in May caused further damage.

The pandemic has complicated rebuilding efforts, including by limiting the volunteer response and increasing the cost of materials.

Alberto Galan, the assistant to the Calcasieu Parish administrator who has been overseeing development of the long-term recovery plan, a process that began in January, said “the funding streams that we currently have are not going to be enough to recover on such a large scale.”

“I still have hope that something will be approved,” Galan said. “It might not be the $3 billion that Gov. Edwards requested ... But some version or some proportion of that $3 billion request would facilitate a much quicker recovery.”

The parish planned to post the plan online on Thursday evening, with a meeting for public comments expected on August 2. It could then be adopted for final approval by the parish’s police jury (the equivalent of a parish council) later in August.

While much of the plan is a practical guide, there are some bigger picture ideas, including what has become known as the Bayou Greenbelt initiative. Though still very much in its early stages, the ambitious citizen-led idea foresees altering bayous in the Lake Charles area and forming a network of waterways along with walking and biking paths.

It could have the added bonus of improving drainage in an area with serious flooding issues – illustrated in the severe floods that hit Lake Charles on May 17, forcing many who were just finishing repairing their hurricane-damaged homes to gut them again.

But while intriguing, there would seem to be more pressing needs for Lake Charles and the surrounding parish, which also includes the cities of Westlake, Sulphur and DeQuincy along with the towns of Vinton and Iowa, making for a population of some 203,000.

The report lists the top recovery priority as housing, with around half of all homes in the parish damaged in some way in the hurricanes. The area had faced an affordable housing shortage even before the storms, with an influx of construction workers linked to the energy and petrochemical sectors helping drive up rents. The report says the parish is now in the midst of a “growing housing crisis.”

Hunter says housing damage in Lake Charles alone amounts to about $235 million, including around $130 million to rental units. He has spoken of using federal money to set up something resembling the post-Katrina Road Home program to fill the gap between what insurers are paying and what is truly needed for people to return to their houses.

The parish’s report talks of creating mixed-income housing through tax credits and by redeveloping blighted properties. It raises the possibility of creating an entity to oversee such redevelopment, while also discussing the potential for a model village of alternative, transitional housing options.

Further priorities in the report include infrastructure, building a sustainable economy, improvements to better cope with future disasters, health concerns such as expanding health care access and further developing parks and cultural sites.

The parish’s economy is heavily dependent upon the petroleum and chemical manufacturing industries, which provide around half of total GDP and roughly 10% of employment, according to the H.C. Drew Center for Business and Economic Analysis at McNeese State University.

Jeremy Stine, president of the Alliance for Positive Growth business organization and marketing director for the Stine’s chain of home improvement stores, said he’d like to see the region build from that and attract new industries, potentially through tax incentives.

He also advocates action at the state level, such as creating the position of someone who would be charged with overseeing the flow of grants and appropriations related to storm recovery.

Stine said he appreciated bigger picture ideas such as Bayou Greenbelt, though he’d like to know more about that specific project. He warned, as others have, against relying too heavily on revenue from the two casino resorts that are currently operating in Lake Charles since Texas may eventually allow for casino gambling, which could cut deep into their customer base.

He, too, spoke of the urgent need to address housing, which would also help ease labor shortages currently being experienced by businesses in the area, and called for tax incentives in that sector.

“We have to get that American spirit of ingenuity and engineering and hopefulness and throw everything at the wall and see what sticks,” said Stine, who was born and raised in Lake Charles. “You have to get creative like that ... I think there needs to be more and more thinking-outside-the-box projects like that to get us moving on the right path.”

Tasha Guidry, who founded a group called Lake Charles Black Business Owners, called for a more equitable development of the region as it recovers from the storms, saying “it’s always been a tale of two cities here.” She named infrastructure and drainage improvements as top priorities, pointing out that her house flooded in May despite never having done so before.

She also said housing was key and mentioned the number of rental properties that have not been repaired since the storms. Guidry said the pandemic had already weighed on landlords and they may not have the cash at hand to rebuild immediately, calling on local officials to engage with them and work out solutions.

“I think actually they need to take some of that money and work with some of the landlords that have these abandoned houses that no one is in right now,” said Guidry, whose Cycles Life Solutions helps counsel people accused of crimes. “If they can get some of those houses fixed, then maybe we can get some of our residents back.”