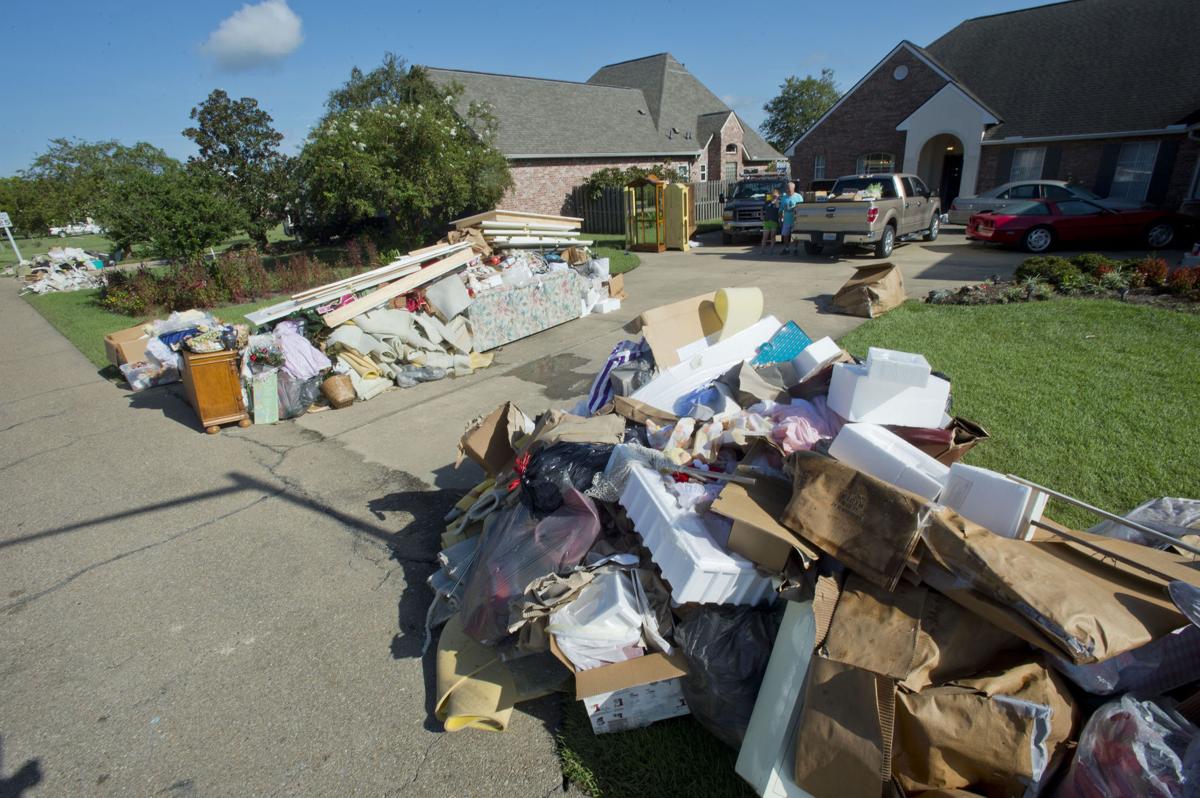 Discarded furniture, household items and tear-out refuse from the Azalea Lakes subdivision home of Robert Holmes on Lake Iris Ave., off Hoo Shoo Too Road, Sat., Aug. 20, 2016, after the recent flooding disaster. His subdivision pond is in close proximity to Bayou Manchac. 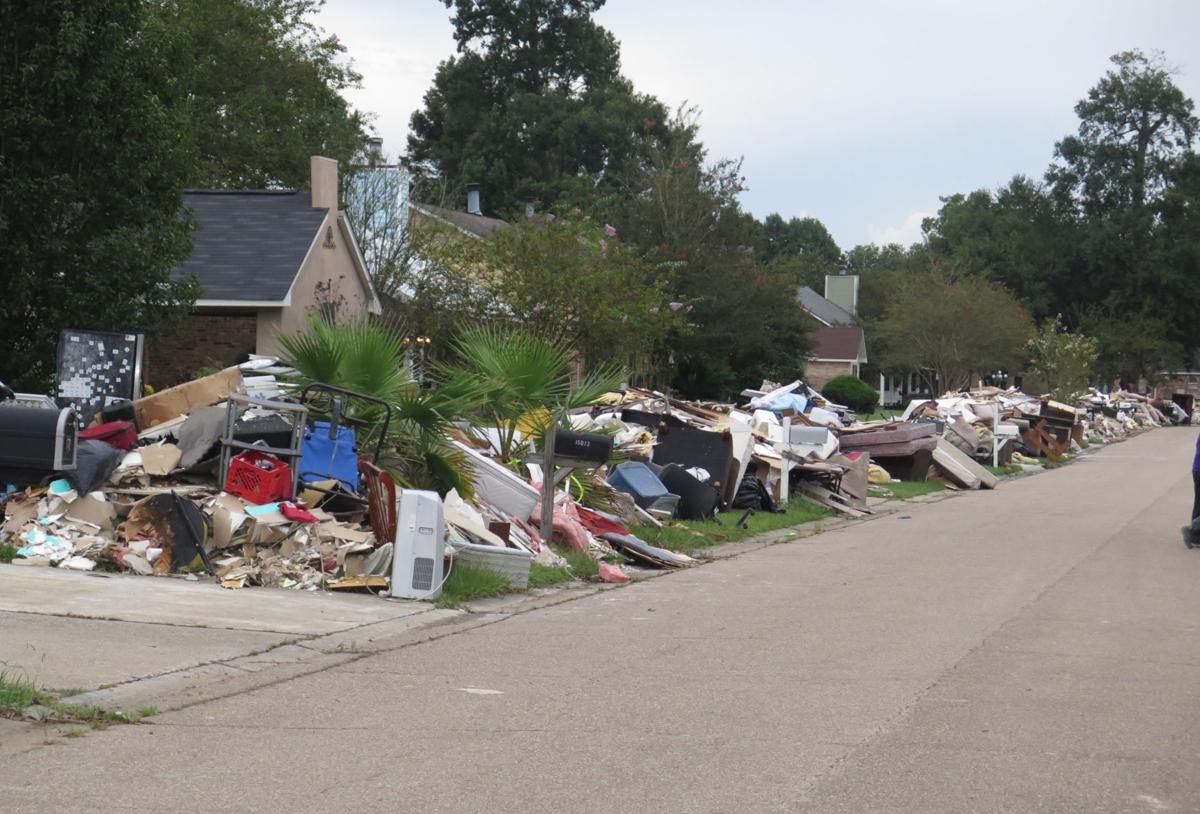 ADVOCATE STAFF PHOTO BY PAM BORDELON --- Streets in the Avalon subdivision off O'Neal Lane are lined with mattresses, furniture, sheet rock and appliances as residents begin cleaning up after unrelenting rain floods the Greater Baton Rouge area in 2016 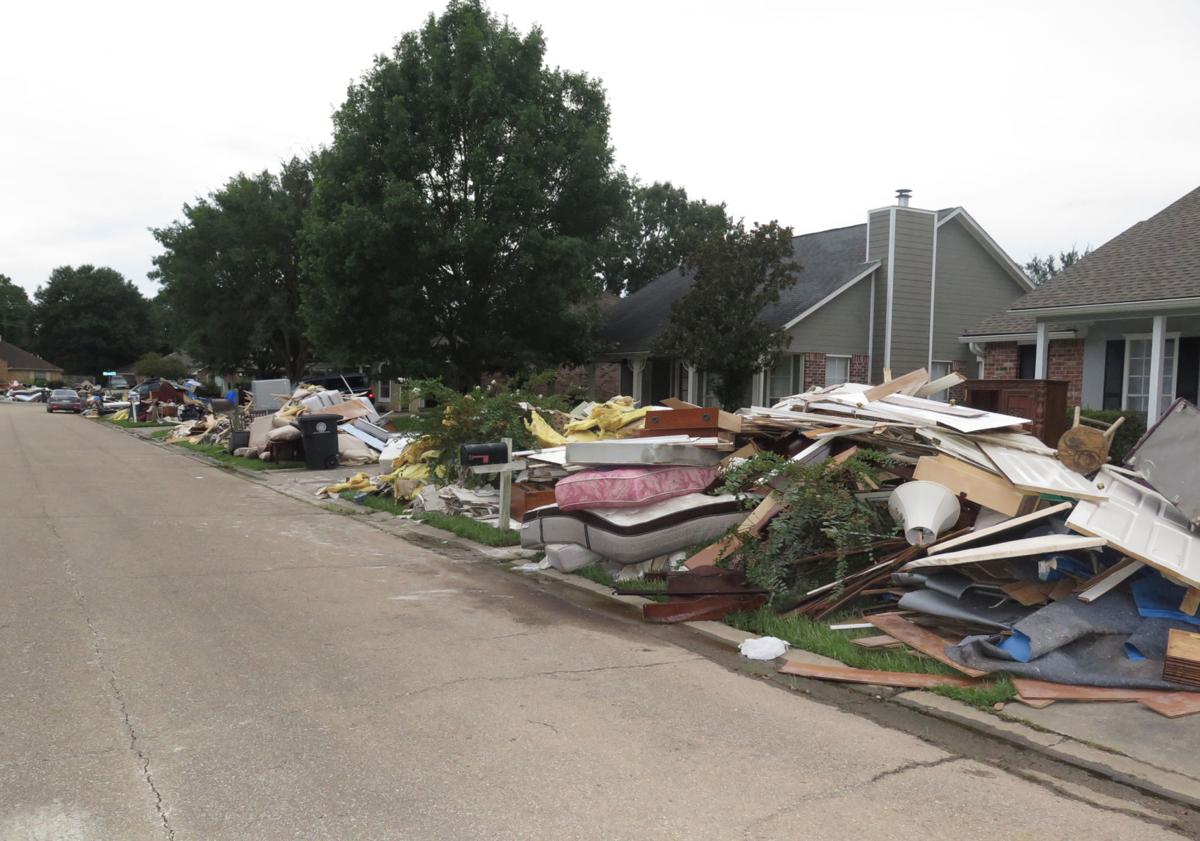 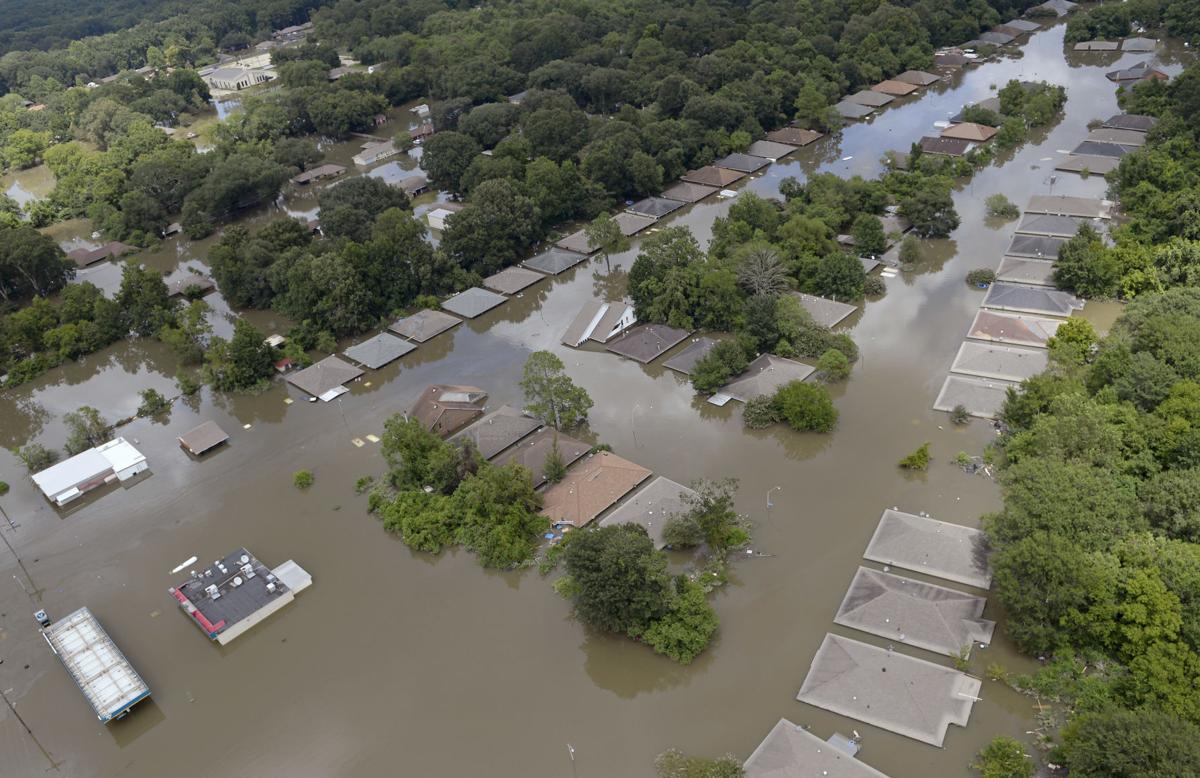 Discarded furniture, household items and tear-out refuse from the Azalea Lakes subdivision home of Robert Holmes on Lake Iris Ave., off Hoo Shoo Too Road, Sat., Aug. 20, 2016, after the recent flooding disaster. His subdivision pond is in close proximity to Bayou Manchac.

ADVOCATE STAFF PHOTO BY PAM BORDELON --- Streets in the Avalon subdivision off O'Neal Lane are lined with mattresses, furniture, sheet rock and appliances as residents begin cleaning up after unrelenting rain floods the Greater Baton Rouge area in 2016

Last week’s devastating south Louisiana floods, which have forced tens of thousands of people overnight to look for housing, comes at a time when the metro Baton Rouge housing market was already grappling with a limited inventory of homes.

As of July, there were 3,382 homes on the market in the metro areas, according to figures compiled by the Greater Baton Rouge Association of Realtors’ Multiple Listing Service. That’s 15 percent lower than the number of homes for sale in July 2015. The supply of homes for sale is 3.9 months, based on current sales activity. Six months is considered an adequate inventory.

“Inventory is already low,” said Ginger Maulden, president-elect of the GBRAR. “Now you’re going to have all these people trying to find a house.”

In the immediate aftermath of the flooding, Maulden said she expects the inventory will drop even further. Some people who had listed their property may end up taking it off the market and letting displaced family or friends live there. Some homes that were listed may have been damaged by floodwaters and can’t be sold at the current time.

“We already had a situation in our market when people were getting multiple offers for their houses,” said Maulden, with Coldwell Banker One in Prairieville. “It’s going to be crazy.”

Population shifts are also expected to happen as a result of the flooding as people look to buy homes in neighborhoods that didn’t flood.

“We’re still in very early stages of this, but there will definitely be a population shift,” said Rick Haase, president of Latter & Blum, the New Orleans company that operates C.J. Brown Realtors in Baton Rouge. “People will move out of the areas that were just flooded.”

“I don’t think you’re going to have a massive flight out of the Baton Rouge area,” he said. “People will land in temporary housing and work to rebuild and move back in.”

Kyle Petersen, an agent with Keller Williams First Choice Realty in Prairieville, said he had “seven or eight” appointments Saturday to show the houses he currently has listed. That’s an abnormally high number of showings for a spring weekend, when families are typically in the market to buy houses, much less in late August, when vacations are winding down and children are settling back in school.

“The run on housing has begun,” Petersen said. “When we get into next week, it will be very, very apparent.”

Petersen said he had sold two houses in the previous 24 hours, both of them at nearly full asking price.

Deanna Welch, her hair up and shoulders bare, sat out on the steamy sidewalk in a soggy offi…

According to a preliminary analysis released Friday by the Baton Rouge Area Chamber, 31 percent of the homes in metro Baton Rouge were identified as being in areas that saw flood waters. That’s more than 110,000 homes.

Livingston Parish was the hardest hit. The BRAC report estimates that 87 percent of the homes in the parish were in areas that experienced flooding, while parish officials have said they believe up to 75 percent of the parish's homes could have taken on water.

There are reports of some people raising the asking price for their home because of the increased demand or wanting to back out of contracts to sell a house at an agreed-to price. Maulden noted that unless someone is buying a home with cash, there will still be appraisals and lenders won’t put out money for houses that are priced out of whack.

“We need to keep the standards that we have,” Petersen said. “The market is smarter than all of us.”

To help manage the situation, GBRAR held a conference call Thursday morning stressing to members the importance of keeping MLS listings as up to date as possible. In the aftermath of Hurricane Katrina, when there was a massive run on housing in metro Baton Rouge driven by displaced New Orleans residents, Petersen said there were issues with houses being under contract, but the MLS listings not getting updated. “We want to avoid that,” he said. “People depend on the listings.”

Petersen said of the buyers he’s spoken to, most of them are looking for well-established subdivisions that stayed dry in neighborhoods off Perkins Road, Bluebonnet Boulevard and Siegen Lane.

Maulden said homes in neighborhoods that didn’t experience flooding will see their value go up. Going forward, real estate agents will make a point of mentioning that a house didn’t flood in 2016 to potential buyers.

“People are going to think twice about purchasing a home in a flood zone,” she said. “There will not be the same attitude.”

Rental rates for Baton Rouge apartments dropped 0.74 from 2014 to 2015, the first time that’s happened since the market started being tracked in 1988. The vacancy rate also rose, because of the 4,460 apartments units have been or should be completed between 2015 and 2016.

“There was a wide range of damage and this is going to have an impact on the whole region,” he said. “Long-term, everything that’s available will be leased.”

It’s not known how many apartment units were damaged by flooding. Some complexes that flooded may not rebuild. Davenport noted the properties in the Gardere Lane area that took on water. “If you’re charging $400 a month rent and you didn’t have flood insurance, it’s going to be tough to rebuild,” he said.

Stephanie Grace: Like Jay Dardenne says, 'This is not your 2005 FEMA'

It's easy to bash Washington at times of immense frustration and stress, and the massive flo…

The August floods caused Baton Rouge-area home sales to drop by 23 percent when compared to the year before.

Our Views: Despite flood, Baton Rouge's growth will continue

If the Baton Rouge area has taken a serious economic hit because of August flooding, the underlying strengths of local industries and business…