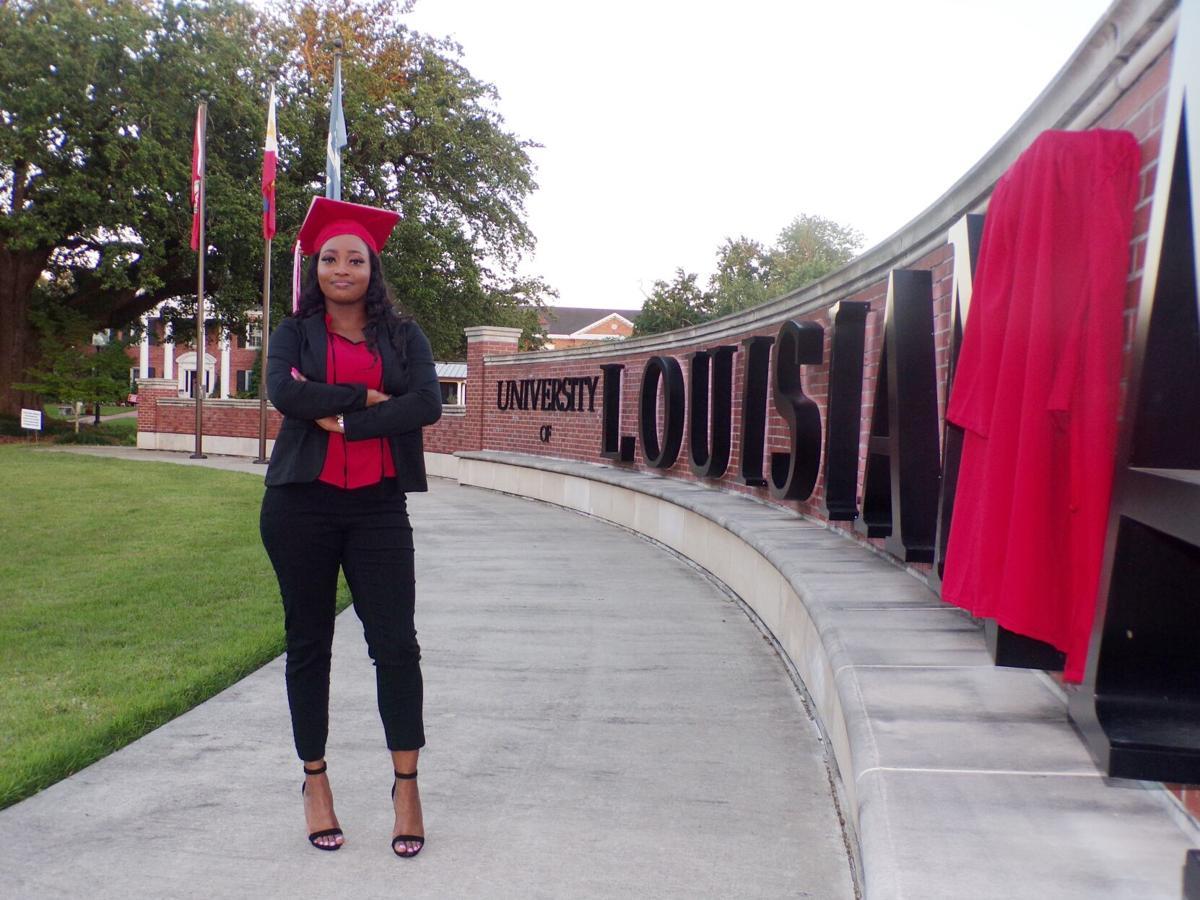 Thessalonia Joseph is proud of her online degree from the University of Louisiana at Lafayette. She entered the workforce immediately upon graduation and was promoted within one year. 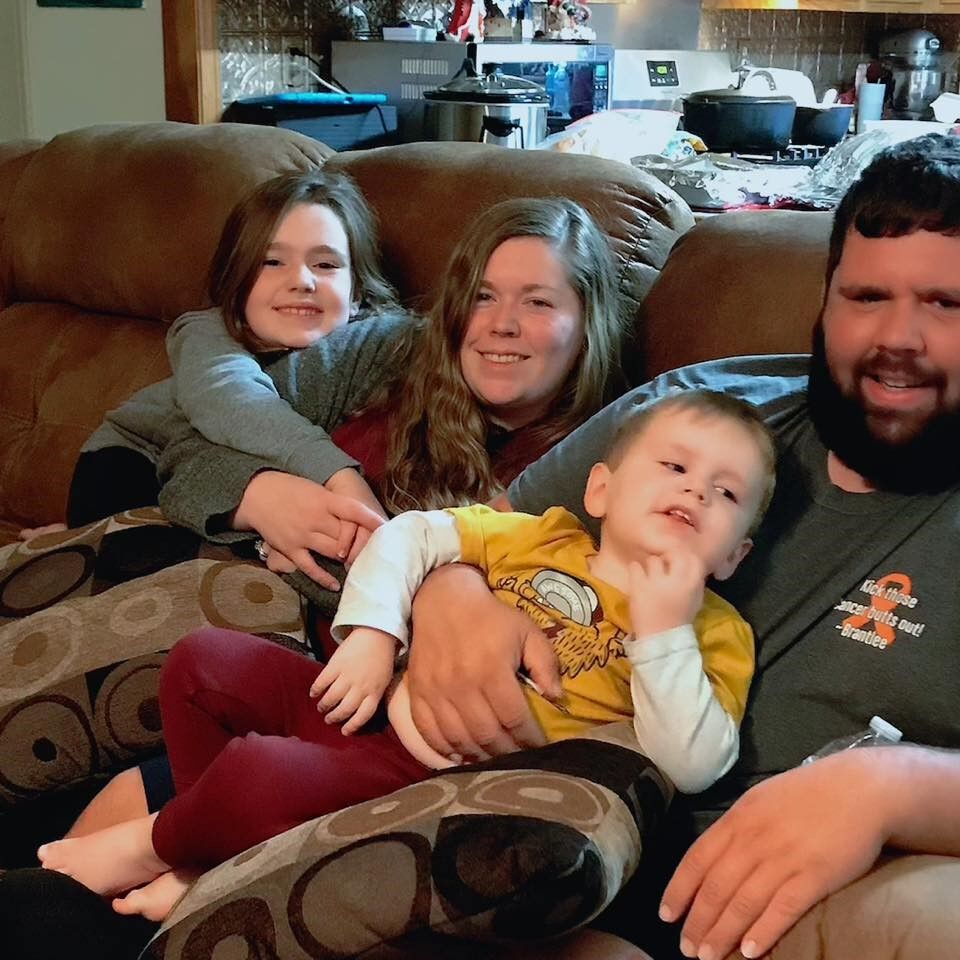 Zachary Badon said his two children and his wife’s support have been part of the inspiration for his decision to return to school.

This article is brought to you by the University of Louisiana.

When Zachary Badon enrolled at the University of Louisiana at Lafayette in 2005, the first few years went well. But after Badon was in a car crash, his life took a downward spiral. Between his injuries and therapy, Badon couldn’t attend class for almost two months.

“I was a young man on my own, and I had no idea that I could speak with someone to drop my courses due to personal and medical circumstances,” Badon recalled. “After I failed all my classes, I got discouraged and ran out of TOPS. I was living on my own with adulting issues. It caused me to want to leave school and make money.”

But for Badon and many others, that’s changing through UL Lafayette’s online degree programs.

After leaving the University, Badon grew personally and professionally.

He married and became a father to two children, now ages 8 and 2. He entered the workforce, where he excelled in the oilfield industry as a roustabout, safety advisor, training coordinator and HR representative.

Still, the idea of finishing his college degree nagged at him, especially when he thought of his late grandmother, who was his biggest supporter, and how his children are following the example he sets.

“I know my daughter is in a delicate time in her life where many things can influence her decisions,” he said.

After speaking with a colleague who referred him to an advisor at UL Lafayette, Badon enrolled in the University’s online Bachelor of Science in Business Administration in Management program in 2020.

“I was also ready to better my options for employment in other industries besides the oilfield,” he said. “I know that businesses and companies typically do not want to even look at your resume without a degree.”

Badon can already see how the lessons from class will help him in the future.

Although all his courses are online, Badon has regular interactions with his professors and fellow students. The professors respond to his emails quickly, and there are group texts with his classmates to discuss assignments and upcoming work.

By earning his degree, Badon hopes to open new opportunities for himself in the business world, whether that means working for a company or working for himself.  He's already working with one of his instructors to turn his custom fishing rod hobby into a business.

For some students, it’s just about finding the best fit for their lifestyle and career goals.

Thessalonia Joseph found herself exploring other career options after finishing her first year in UL Lafayette’s nursing program. She loved the idea of working in health care, but realized she wanted a career on the business side of the industry. Joseph spoke with an advisor, who helped guide her into the online Health Services Administration degree program.

“The administration degree appealed to me more because I was interested in being on the management side,” Joseph said. “I was a little unsure at first, but as I started getting into the coursework, I became more invested in what I was doing and realized I had found the right path for me.”

Joseph completed her degree in 2019 and immediately began working full time at Lafayette-based LHC Group, a national provider of in-home health care services. She was promoted within a year to revenue cycle team lead.

Joseph said there was an adjustment period as she switched from on-campus classes. But once she got into a rhythm, Joseph preferred the online program, which allowed her to work throughout her college career and complete a human resources internship at Our Lady of Lourdes Regional Medical Center.

“It gave me more time to do other things and have more flexibility with my schedule,” Joseph said. “I felt like the quality of education was still high. Anytime I needed something, my professors were there to assist me. There wasn’t any lag time. They provided all of the necessary materials, and I feel like I learned a lot.”

Online management student Badon said he has found a good balance among completing his coursework, being a dad and husband, working and spending time with his friends and family. Although returning to school in his 30s seemed daunting at first, he has no regrets. In fact, he’s already making plans to earn his Master of Business Administration online once he earns his bachelor’s degree in December.

“It is very intimidating to think about, but I can tell anyone that the hardest part, by far, is applying and taking the first step,” he said. “If you put forth the effort, pay attention, and do what is asked, I think it is much more manageable as an adult versus being a teenager.”