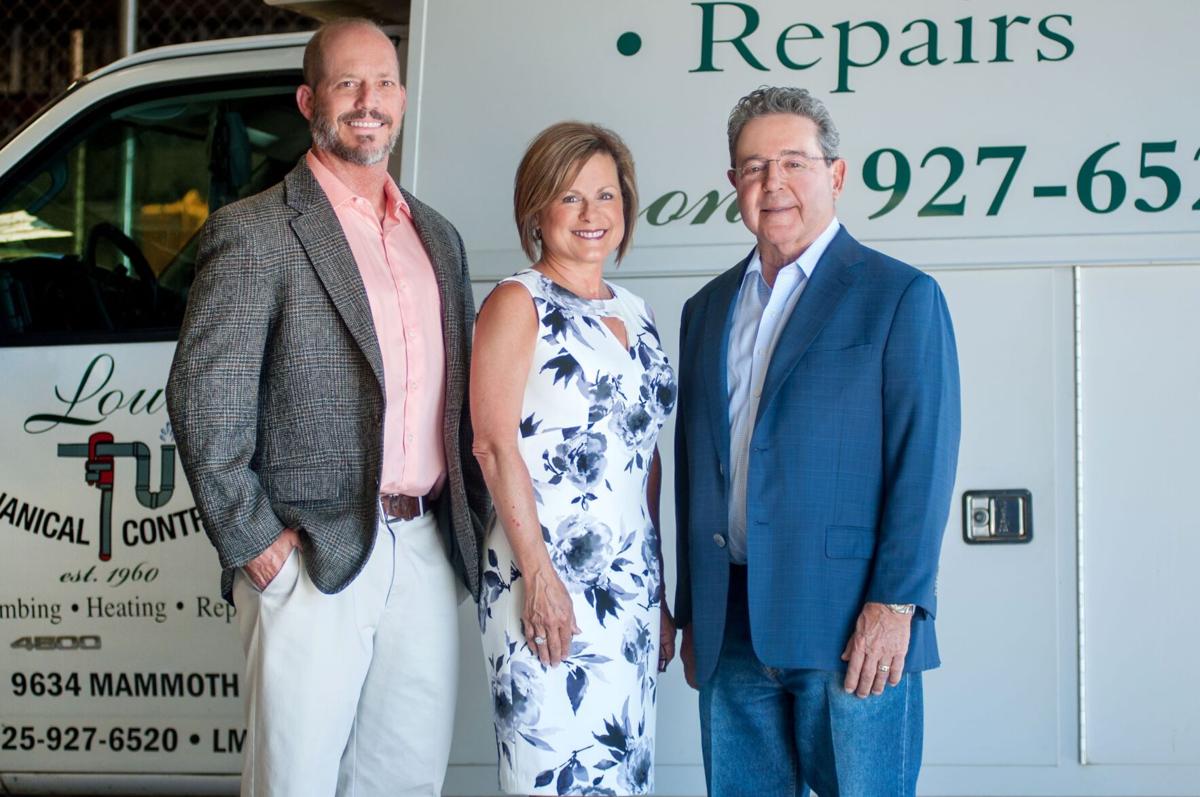 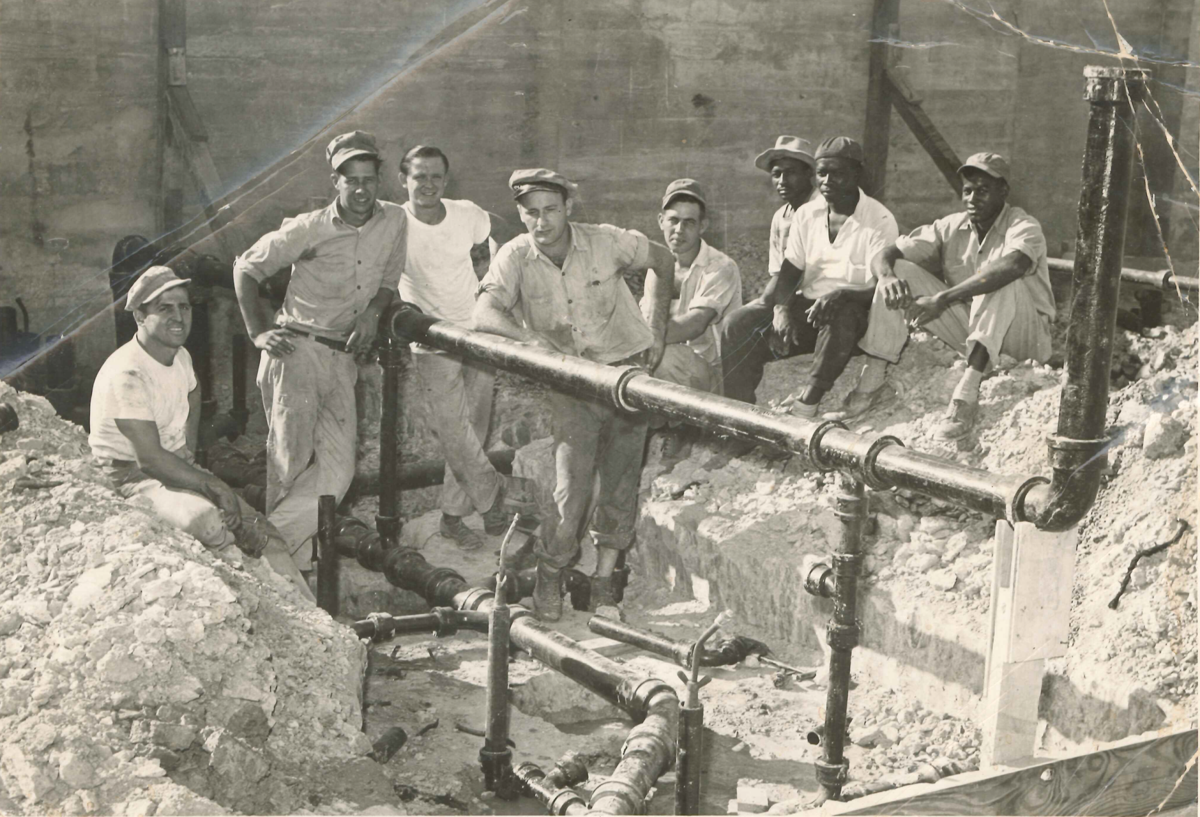 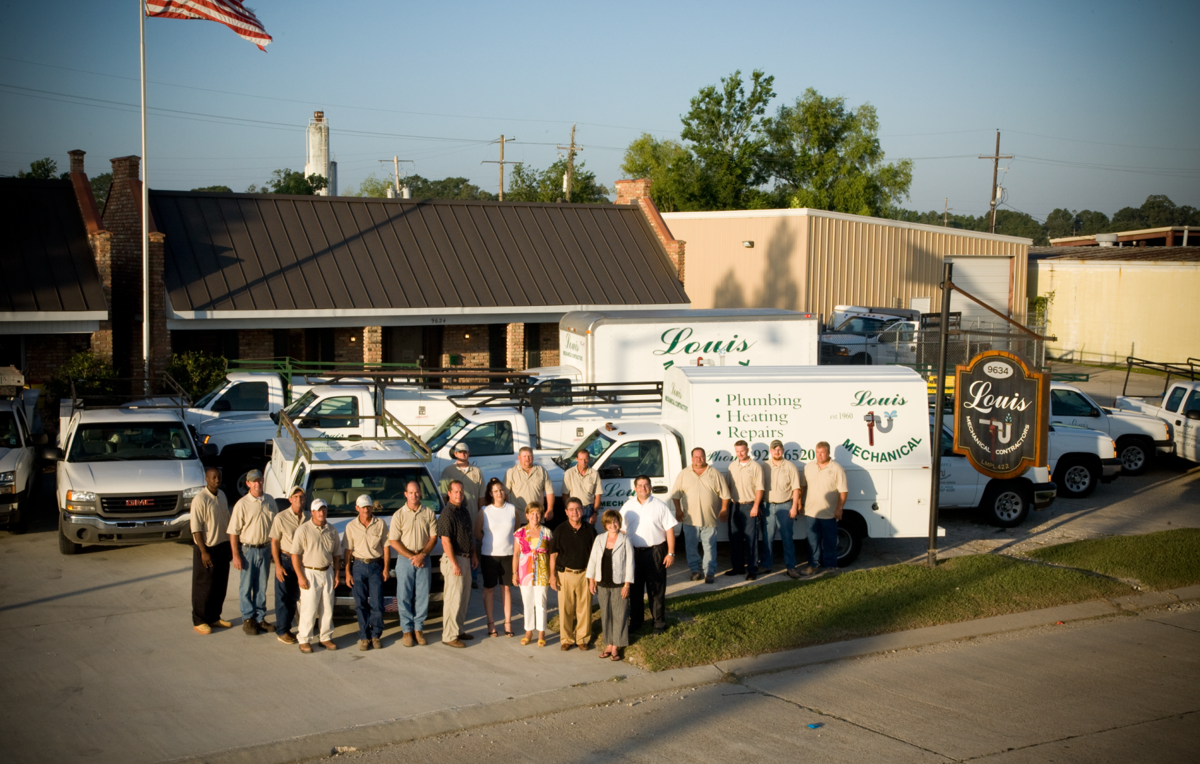 For more than six decades, Louis Mechanical Contractors has handled plumbing problems of all sizes in the Baton Rouge area. The team is pictured here in 2008. 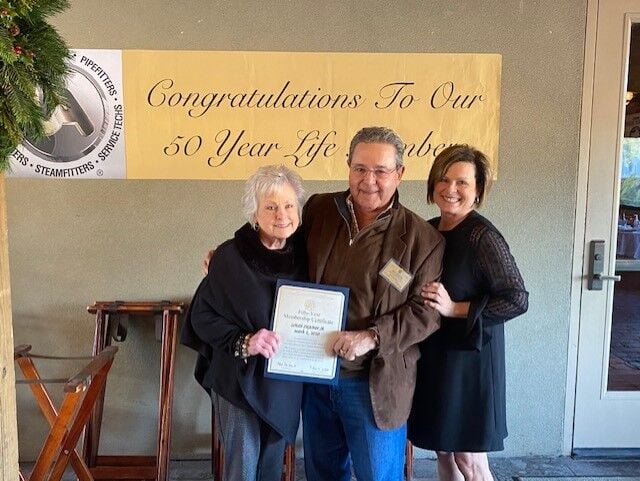 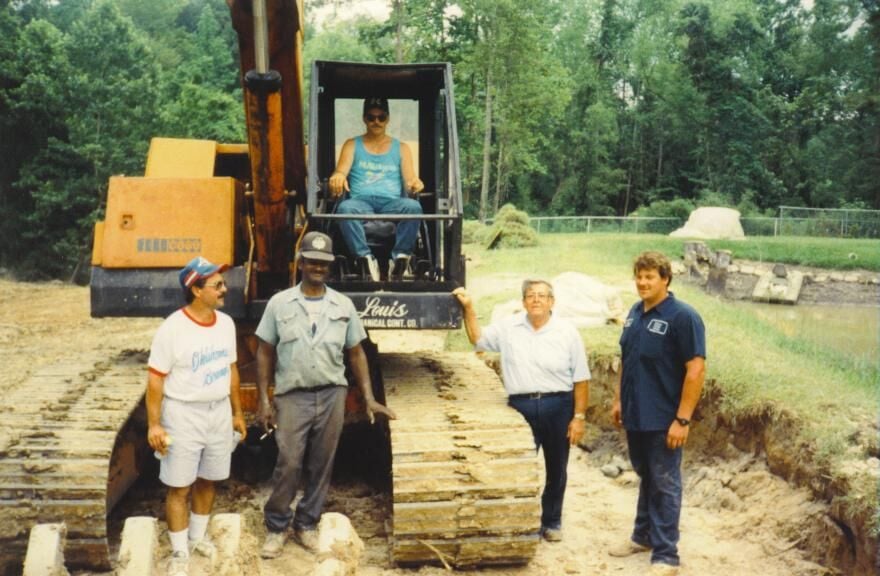 Louis DeJohn, Jr. with longtime LMC employee Amos Robvais, his father Louis “Scobie” DeJohn and other employees are pictured in the late 1980s.

Since it first opened in 1960, Louis Mechanical Contractors has always been a family operation as it handles a wide variety of plumbing needs across the Baton Rouge area, from small faucet fixes to major construction projects.

When original founder Louis DeJohn and his wife Katherine began the company, two of the first plumbers were Louis’ cousins and a third plumber was Katherine’s cousin. Louis and Katherine’s son, Louis DeJohn Jr., originally considered becoming a doctor, but after spending three years as a pre-med student, he decided to change gears and join the family business.

“I have no regrets,” DeJohn said. “My mom and my dad were great teachers. They worked together as a team. My dad taught me the value of hard work from a young age. My mom taught me about the business side. She had gone to business school, and she and my dad were just great partners. I learned so much from both of them.”

Today, the family tradition continues. DeJohn is the director of Louis Mechanical Contractors. His daughter, Kim Vince, is the company president. Kim’s husband, Tommy Vince, her sister, Jennifer DeJohn, and her son, Kameron Langlois, also all have key roles with the company. Previously, Louis DeJohn’s sister, Rose Marie Fife, handled the company’s finances and accounting until her retirement in 2012.

“I think honesty has a lot to do with our success,” DeJohn said. “We try to do quality work at a fair price and treat our people well. Our biggest asset and our pride and joy are the people who work for us. Without them, we would be nothing.”

Even though they may not be related by blood, many Louis Mechanical team members feel like family. Drew Clement began working at the company in college. He has now been there for over 25 years and is the company’s vice-president.

“I came from a big family in New Orleans, but I didn’t have any close family in Baton Rouge,” Clement said. “They really adopted me here and made me feel like one of them. I love it. I’ve never wanted to be anywhere else.”

Kim Vince said the feeling is mutual and that the DeJohns now consider Clement a true family member.

“I didn’t know him until he started working here, but he just fit right in,” she said. “He’s just like a brother to me.”

Along with other family members, Vince worked at the company as a teen, taking care of any tasks that were needed. Vince attended LSU and graduated with a degree in management, but didn’t expect life to take her back to the family business.

“After I graduated, I lived and worked elsewhere. When I had my son, I decided to come back to Baton Rouge,” she explained. “My grandfather had died and I had moved back here and somehow it just felt like coming to the business was the right thing to do.”

Over the past 60 years, the family has guided Louis Mechanical through various ups and downs. Vince said the COVID-19 pandemic “affected our business greatly.” DeJohn said finding qualified and motivated employees is an ongoing challenge, making him even more grateful for the strong team in place. That was a key reason why Louis Mechanical was able to service many residential and commercial customers who faced plumbing issues during and after the February freeze event.

“We just thank all of our customers from the bottom of our heart,” DeJohn said. “Hopefully, through the years, we have done a job that is worthy of your continued support. We have a lot of long-lasting customers who have supported us. We try to produce quality work, and I think people recognize that.”