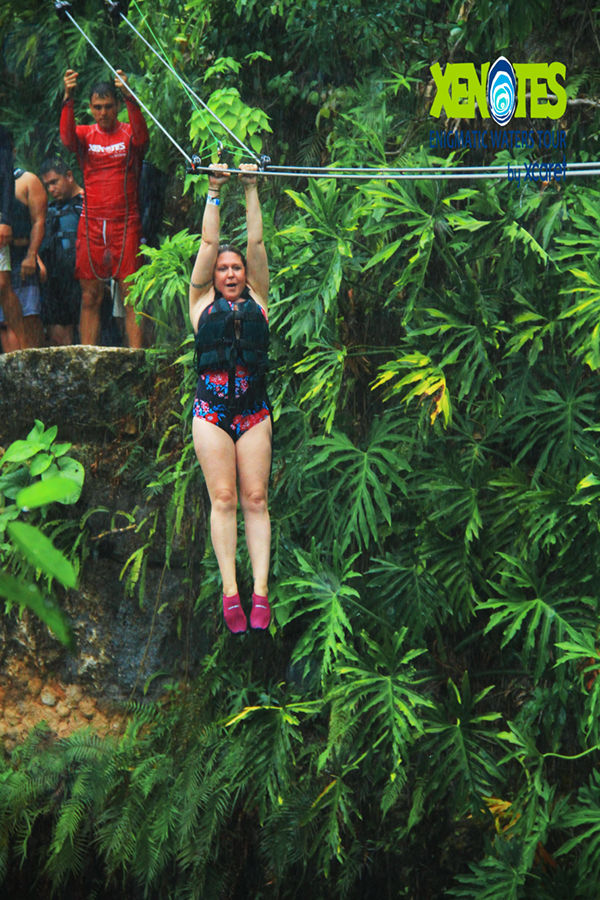 Deidre O’Brien credits a weight loss trial for women with PCOS with making it possible for her to be more active including zip lining in Mexico. 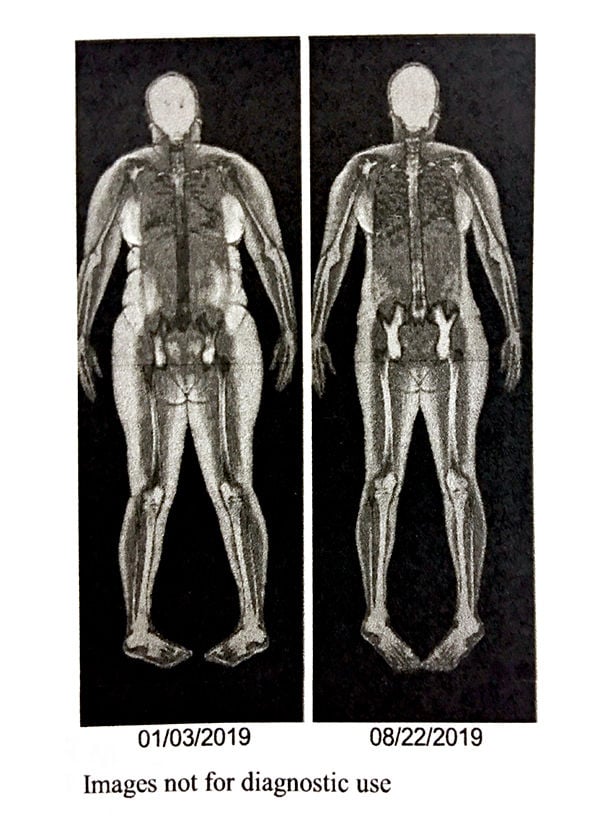 Skeletal scans taken in January and again in August illustrate the changes Deidre O'Brien has experienced in her body during a weight loss trial for women with PCOS. She has gone from a size 14 to a size 6.

This story is brought to you by Fertility Answers.

A year ago, Deidre O’Brien would not have believed she would be cliff diving and zip lining in Mexico with her husband, but that’s what she did in July — having the time of her life.

“I’m a whole different person, and I’ve got the body scans to prove it,” she said.

Since January, O’Brien has lost 60 pounds. At age 41, she credits her participation in a weight loss trial with giving her a new lease on life including being more active with her three children.

O’Brien, of Denham Springs, has participated in a study led by Dr. Karen Elkind-Hirsch at the Weight Loss and Metabolic Clinic at Woman’s Hospital in Baton Rouge in collaboration with the doctors at Fertility Answers.

The 36-week study aims to determine how a drug called Saxenda®, which requires daily injections, impacts body weight, menstrual cyclicity, glucose regulation, body composition, blood pressure and more in women with polycystic ovary syndrome. Often referred to as PCOS, the condition affects 1 in 10 women of childbearing age and is a common and treatable cause of infertility.

Elkind-Hirsch, who has spearheaded research at Tulane, Harvard and Baylor, is conducting multiple studies on PCOS. She says the condition’s name is problematic.

“Polycystic ovaries are really not cysts. They’re follicles containing eggs that have not been released. PCOS is a description of the downstream effects of the disorder,” Elkind-Hirsch said. “Back in the ’80s, when I was in Boston, I was in the lab when the guy discovered, in fact, it was insulin itself that made the ovary not operate. ”

Elkind-Hirsch explains that women with PCOS are at an extremely high risk for pre-diabetes.

“Women with PCOS tend to be insulin resistant,” she said. “Not every patient with PCOS is overweight or obese, but their propensity to be obese is higher — and it’s much more difficult for them to take the weight off.”

So Elkind-Hirsch is using newer drugs, like Saxenda, initially designed to target insulin production for diabetes patients, to address issues of  infertility and  weight associated with PCOS.

“The thing is, it’s really hard for these patients to lose weight,” she said. “Insulin loves to keep the weight on. A lot of diets and weight loss drugs haven’t been successful.”

Fertility Answers’ Dr. Neil Chappell says that this is an exciting time for PCOS research.

“The last five to 10 years have shown remarkable breakthroughs in PCOS research,” said Chappell. “Most of these treatments for PCOS have been around for years, with modest results. The exciting thing that Dr. Elkind-Hirsch is working on is that these newer insulin-resistance medications are not yet approved for PCOS women. They’re approved for diabetes and weight loss in general, but Karen is working to show they work in women with PCOS.”

Over 100 million women are affected by PCOS. Sometimes the condition is masked by treatment for some of its symptoms.

“It’s important for women to know so that they can address what the root cause for PCOS is — so they can have a happy, healthy life,” Chappell said.

Chappell explains that other health risks for women with PCOS include cancers.

“All these things go hand in hand. Insulin tells the body to store and maintain weight,” he said. “A long time ago, it made evolutionary sense to be insulin resistant. Back then, you couldn’t know when your next meal would be. We needed to be able to store food, and an elevated insulin level allowed that. But, clearly times have changed, and that extra insulin results in multiple problems.”

Elkind-Hirsch says she and her team are seeing many patients with exciting results like the ones O’Brien has experienced.

“When somebody comes in this office from my trials and they’ve already lost 20 pounds, it’s exciting. We love getting people back in a good place,” Elkind-Hirsch said. “It’s so much fun when someone walks in and we don’t recognize them!”

O’Brien said the trial drug had some side effects she had to work through and required a change in diet and lifestyle habits.

“I didn’t overeat to begin with and didn’t eat a lot of garbage — that’s not why I was having issues, but I changed my diet to reflect a healthier lifestyle,” O’Brien said. “I cut down on my carb intake, ate lean meats, and primarily a plant-based diet with increased water intake.”

“When you’ve been struggling with PCOS and can’t lose weight, it’s easy to get desperate sometimes because nothing works,” O’Brien said. “It’s awesome to know this medication is out there and that it works for people like me.”