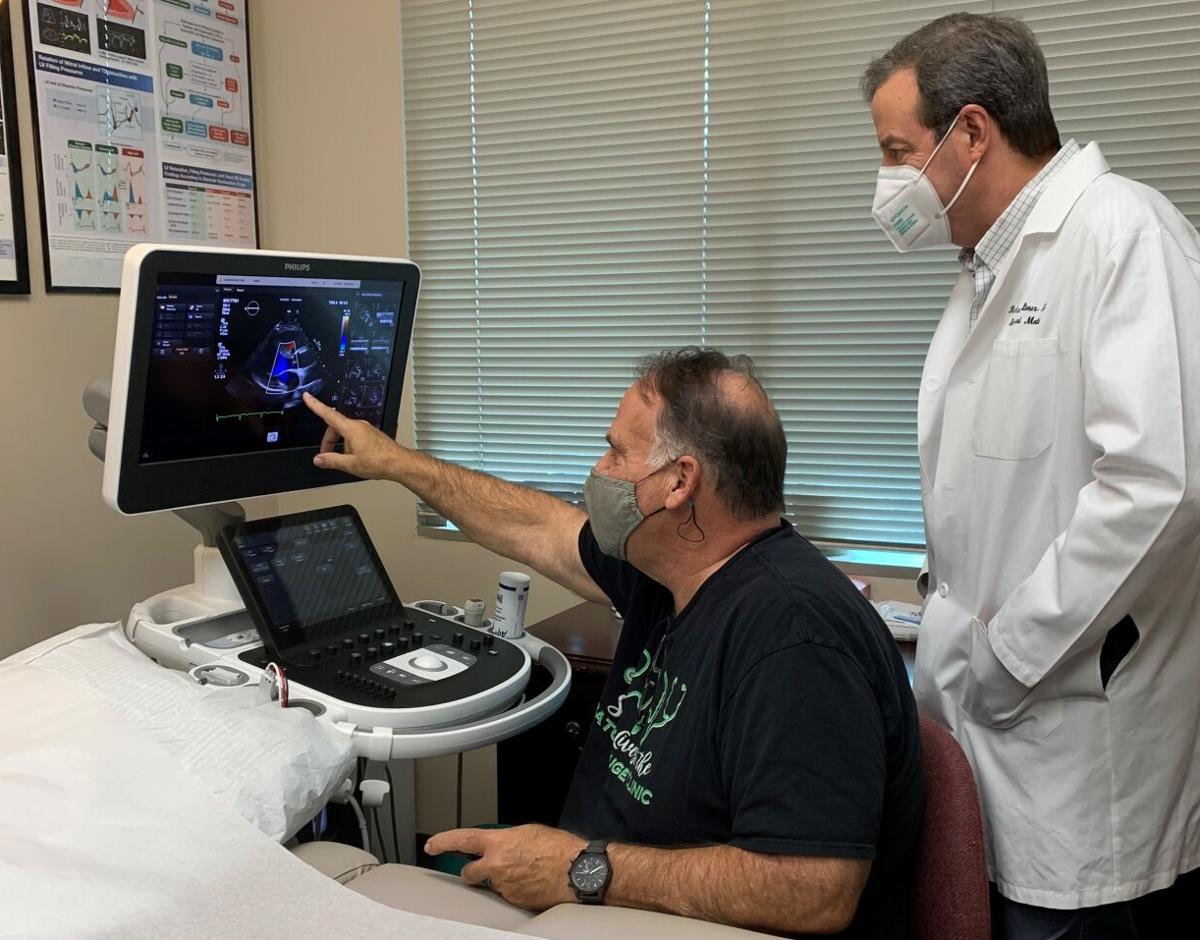 Dr. T. Richard Lieux working with Steve, an echo tech, in the echocardiogram lab at The Baton Rouge Clinic. 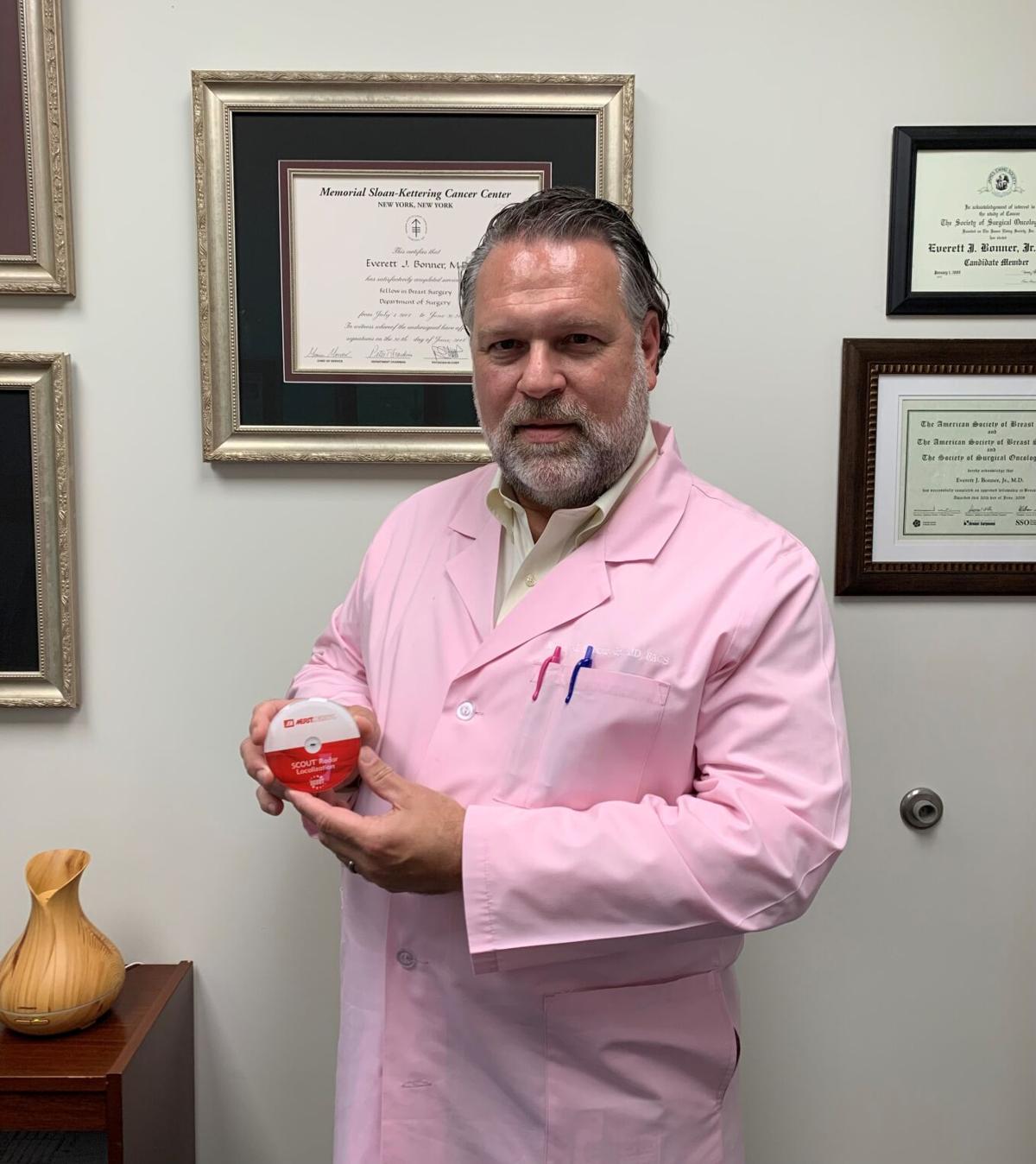 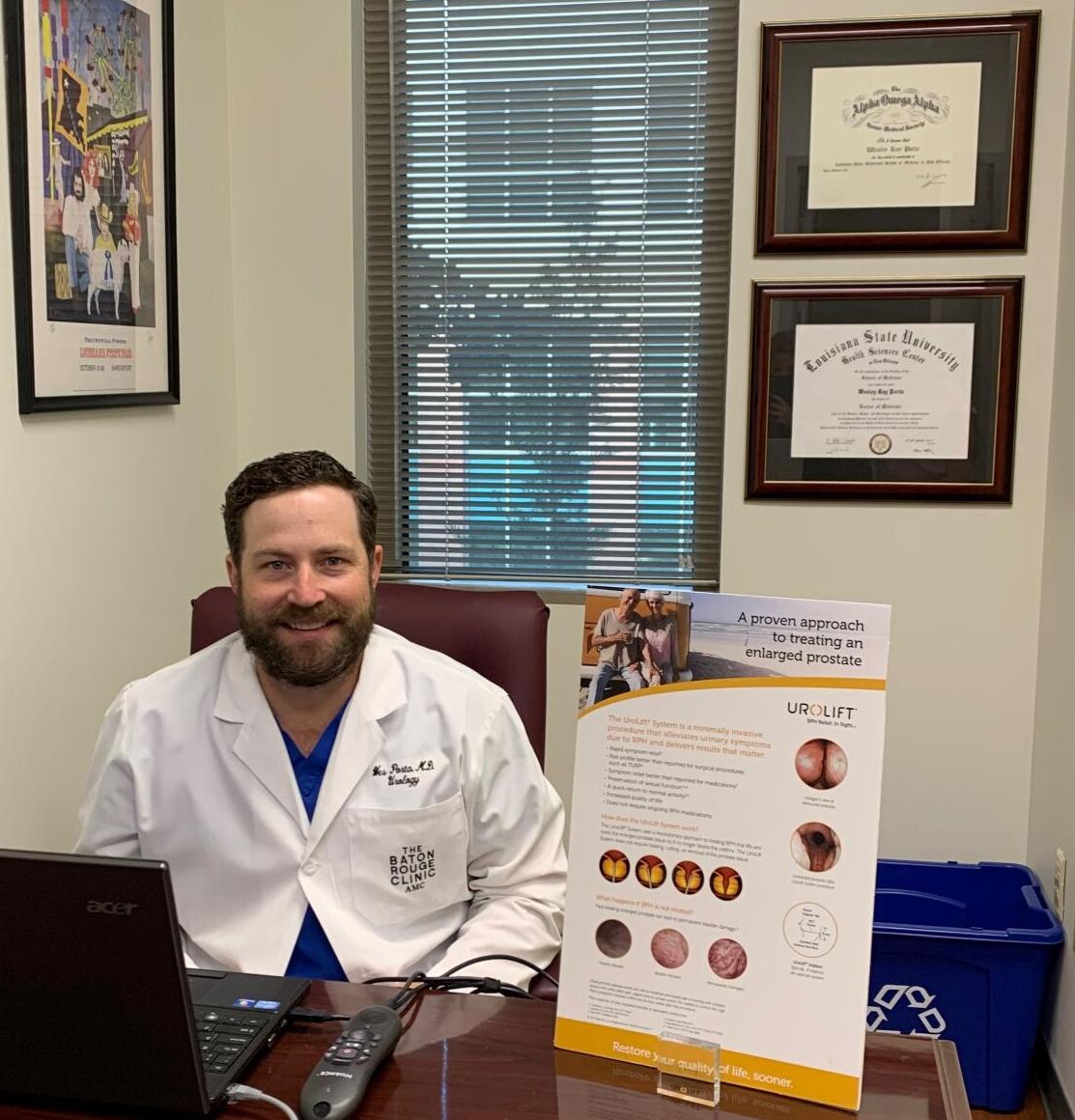 This article is brought to you by The Baton Rouge Clinic.

At The Baton Rouge Clinic, numerous physicians have surpassed the expectation to perform the highest quality of medicine and maintain board certifications. In fact, many have helped advance medical care in the region by being the first to offer new technologies and procedures to patients.

About three years ago, Dr. Wesley Porta became the first urologist in the Baton Rouge area to perform the UroLift, a minimally invasive procedure for men with urinary tract problems. Dr. Porta said he usually performs the surgery in the Clinic’s outpatient center. The procedure has a shorter recovery time and often fewer side effects than more invasive options.

Dr. Porta said he researched UroLift after several patients asked about other alternatives besides traditional surgery. Although he was always intrigued, Dr. Porta said he wanted to ensure that it was safe before proceeding.

“Once the national governing board offered guidelines on it and said it was a good treatment option, that’s when I felt it passed a major threshold,” Dr. Porta said. “I think you have to use some caution when there is a new technique, but when the data and research is there to support it, it’s important to adopt those methods. Otherwise, the patients don’t get to experience the benefits.”

Helping patients was also the main goal when Dr. Richard Lieux opened Louisiana’s first accredited echocardiogram lab at the Clinic 22 years ago. The lab has maintained its national accreditation, with reviews every three years.

“The accreditation was not required when the lab first opened, but we did it to prove the quality of what we were doing,” Dr. Lieux said. “We feel like it is important to show people that the high quality is there and that we are adhering to national standards.”

Dr. Lieux said that before the lab was established, a patient who came to the Clinic with chest pain was usually sent to an emergency room. With the lab, that patient can undergo tests on the Clinic’s second floor to determine whether there is a cardiac problem.

“We are able to see right away what needs to be done,” Dr. Lieux said. “That saves time and money and also gives patients peace of mind.”

Clinic physicians are also expected to pursue ongoing education in health care and their specialties. Dr. Everett J. Bonner, Jr. has taken that mission to heart by becoming the first fellowship-trained breast surgeon in the Baton Rouge region and by undergoing training to become the first breast surgeon in the area to perform hidden scar breast surgery and nipple sparing mastectomies. Dr. Bonner, an avid learner, said one of the main reasons he has pursued such new techniques is so that patients can experience those benefits without having to travel to other cities or states.

“Here in Baton Rouge, we have the same expertise, the same technology, and the same evidence-based medicine that you will find at major cancer centers,” Dr. Bonner said. “The patients also get to stay in their hometown and receive the support of their family, church, work and others in their network. It allows them to stay in their comfort zone while still receiving the best treatment.”

Like Dr. Porta, Dr. Bonner said he does a thorough vetting and review of all new breast surgery techniques before presenting them to patients. With that confidence and detailed explanations, Dr. Bonner said most of his patients are open to the idea of using a new technique to treat their breast cancer.

“A lot of companies have good literature and videos to show how something was done before and the new way of doing it,” he said. “I’ve got several handheld devices I use to show the process and the benefits. As long as you present it clearly and justify why it is a good option for them, people are usually receptive to it.”

In addition to bringing innovative medical techniques to Baton Rouge, many people at the Clinic have also broken barriers and became key healthcare leaders in the region. For example, Dr. Elizabeth Seiter, a pediatrician, served on the Medical Executive Committee at Our Lady of the Lake Regional Medical Center and became its first female chief of staff in 2012.

Dr. Seiter said the achievement wouldn’t have been possible without the support of her colleagues and her experience on the Medical Executive Committee. Today, she is still using the lessons she learned to help her Baton Rouge Clinic patients and fellow staff.

“Being on the committee and becoming chief of staff allowed me to work with physicians from all specialties,” she noted. “I learned a lot about hospital governance and administration. It was an entirely different challenge because it was very different from working directly with patients every day. It was a fun experience and I think it made other women in hospital administration proud.”

Dr. Seiter said she is encouraged to see The Baton Rouge Clinic continue its support of female physicians. She noted that when she first joined the Clinic several years ago, she knew of about 10 other female physicians. Today, she estimated that number is at least 40.

“One thing I’ve noticed is that more women are going into different specialties like surgery, psychiatry and other fields,” she said. “In many medical schools across the country, over 50% of the new students are female. That is really great. I remember my former pediatrician once told my mom that women shouldn’t go into medicine. Now, here I am, and I’ve spent almost 30 years practicing medicine in my hometown.”

The Baton Rouge Clinic is celebrating its 75th anniversary this year. For more information or to schedule an appointment, call 225-769-4044 or visit www.batonrougeclinic.com.