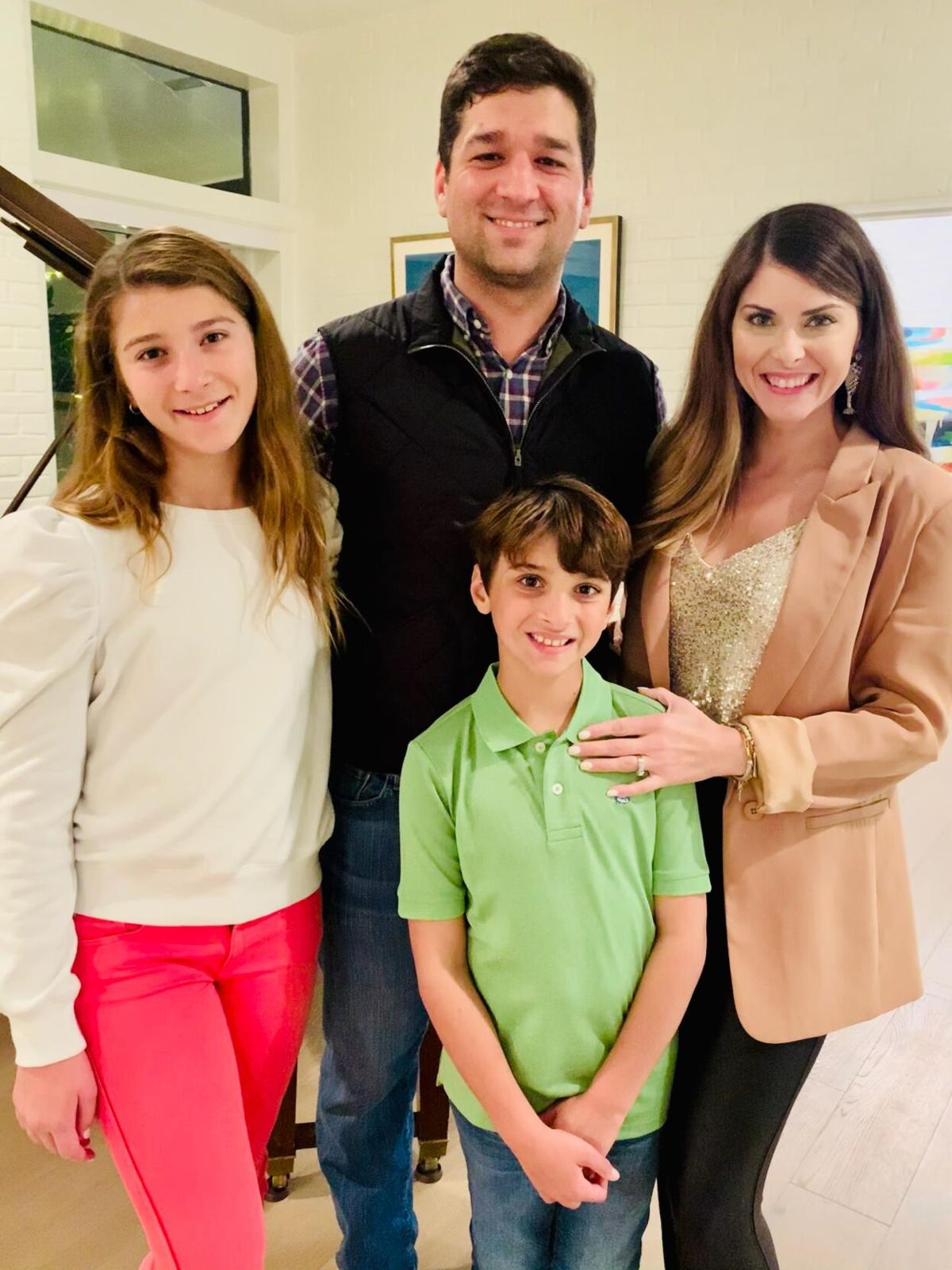 The Holmes family has many ties to the Baton Rouge Clinic. 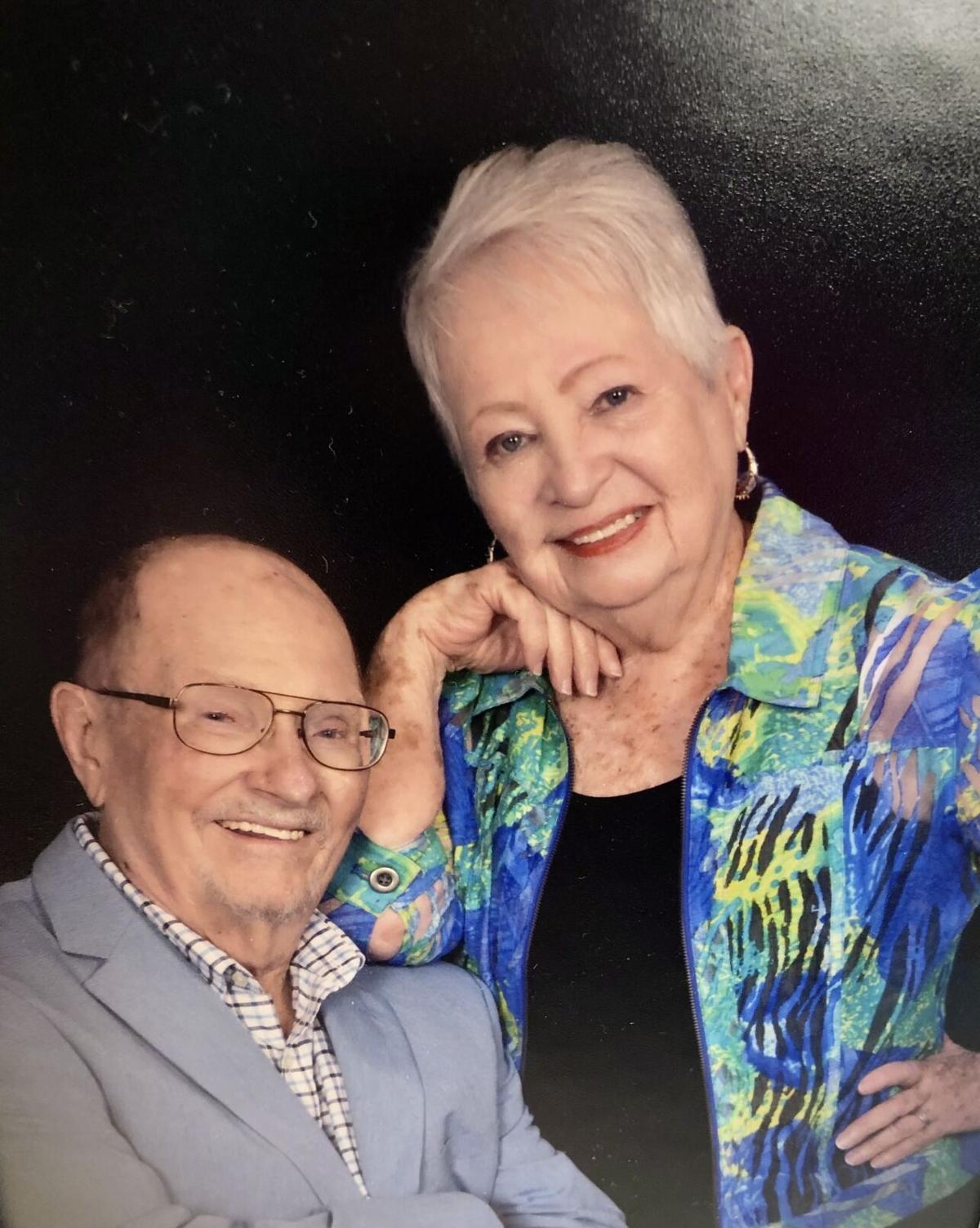 Don and Rosemary Gerald are both longtime patients of The Baton Rouge Clinic. 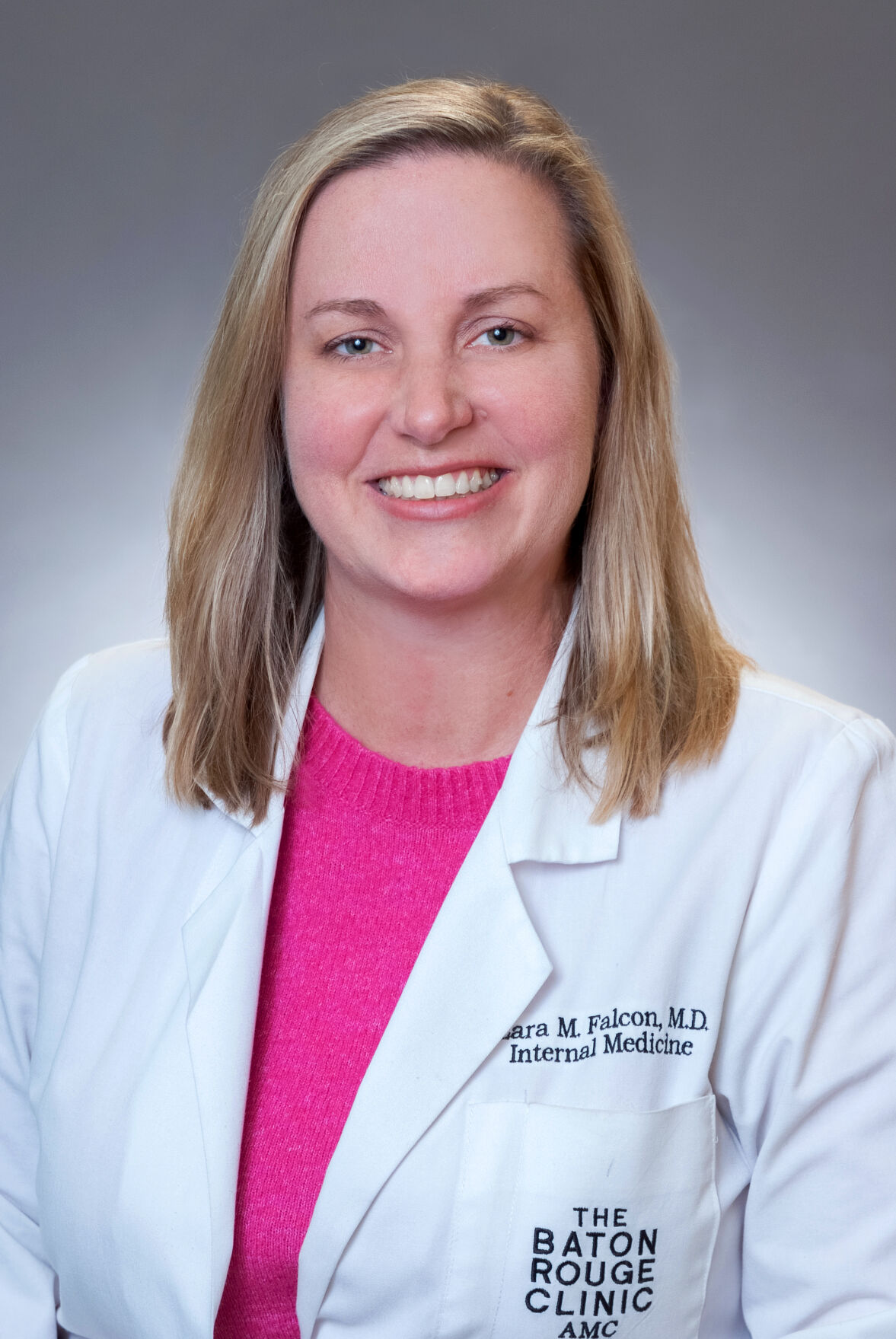 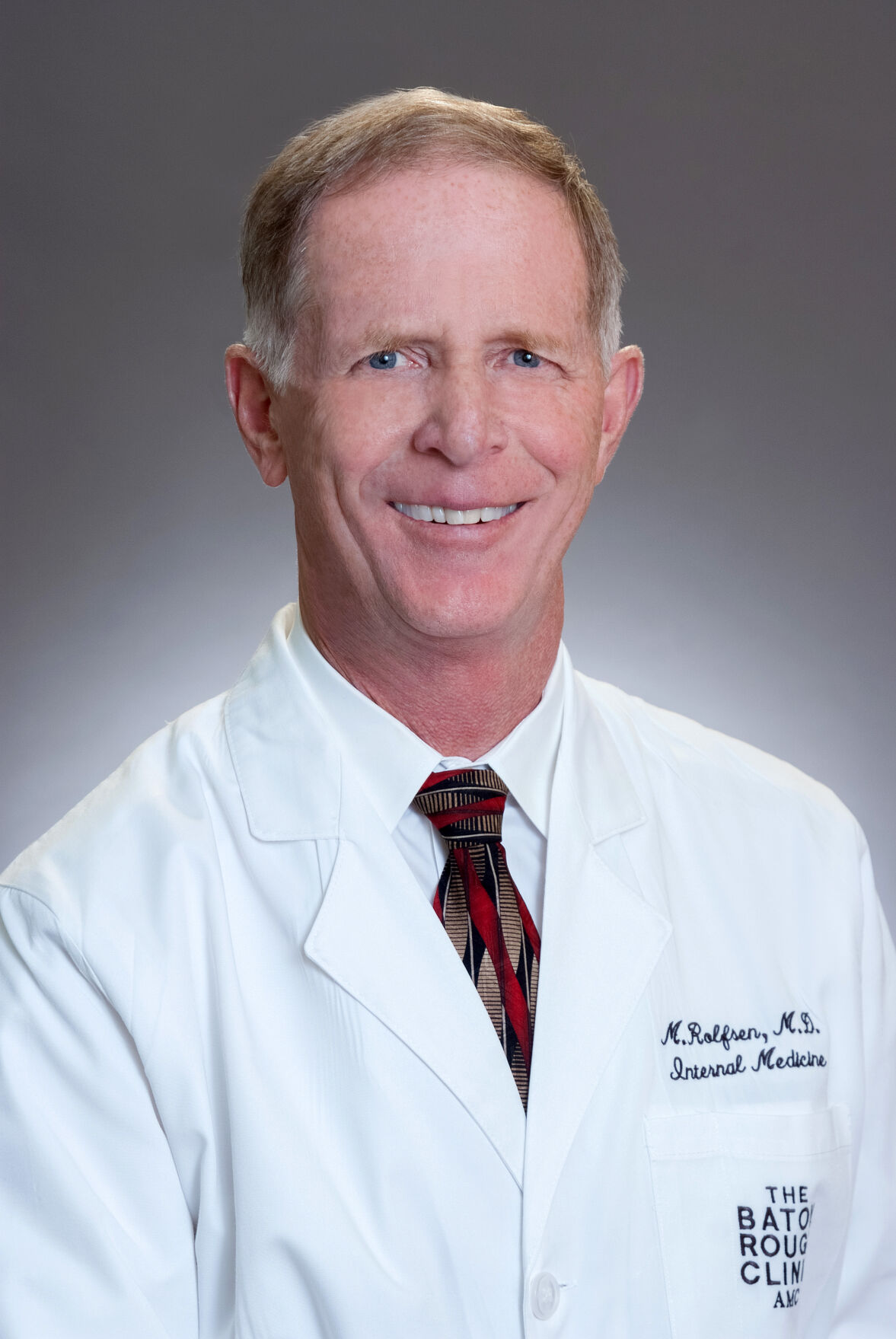 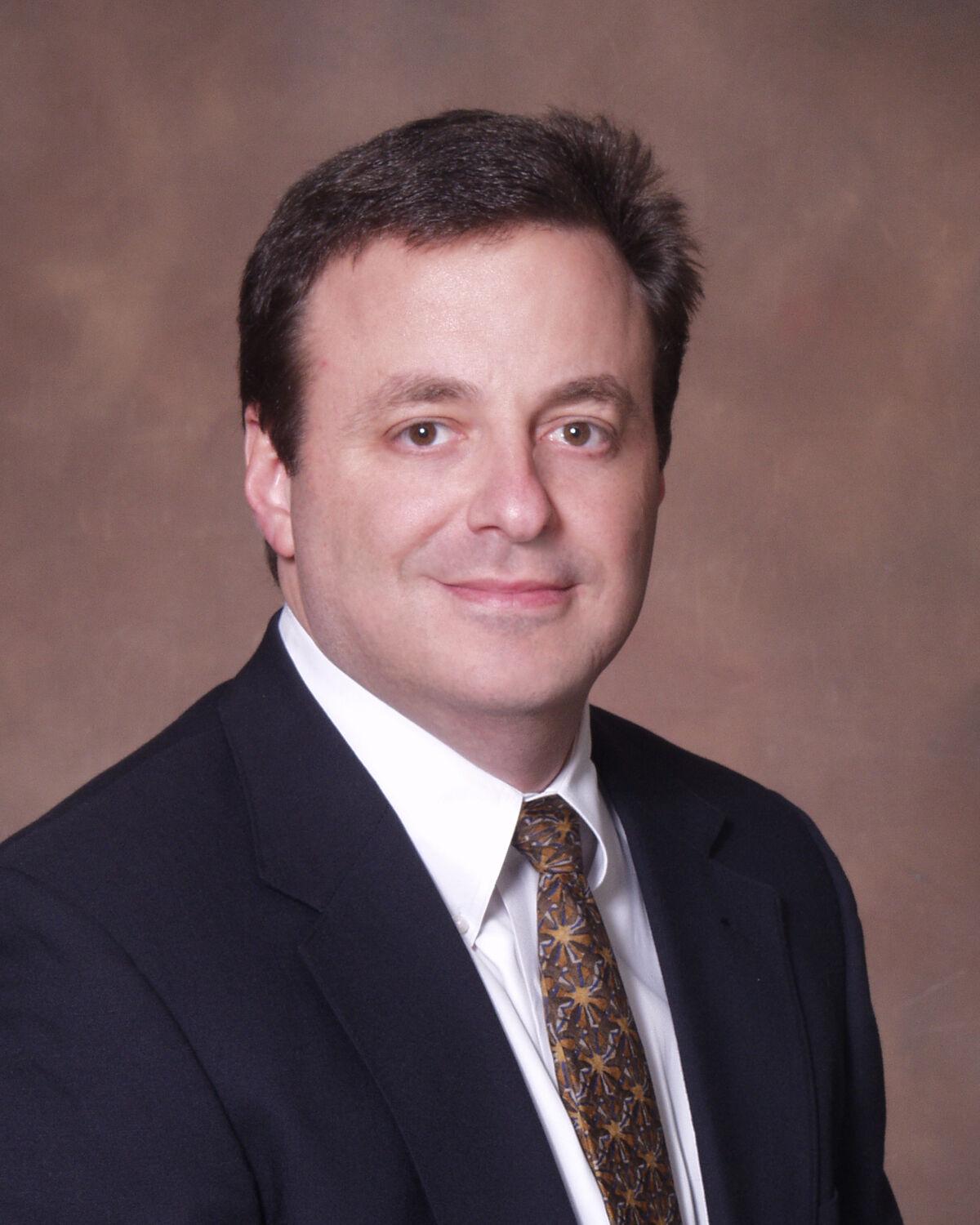 This article is brought to you by The Baton Rouge Clinic.

For many South Louisiana families, The Baton Rouge Clinic has become their health care hub thanks to the physicians and staff who provide compassionate treatment and efficient service.

Fabian Blache Jr. began seeing Dr. Michael Rolfsen at The Baton Rouge Clinic in the mid-1990’s. In the 2000’s, Dr. Rolfsen also began treating Blache’s parents. When Hurricane Katrina displaced dozens of Blache’s family members in 2005, many of those who stayed in Baton Rouge became Clinic patients, thanks in large part to Blache’s recommendations.

“They have definitely put together a medical treatment center that is state-of-the-art and where you feel like you are going to a place that is comfortable and safe,” Blache said. “It’s a place where people are knowledgeable and you can trust them. After Katrina, it was heartwarming to know that there was a place like the Clinic to send my family. Every one of them was more than pleased to see the doctors at the Clinic. They felt like the care was as good or maybe even better than what they got in New Orleans.”

Blache said he also appreciates the personal care that Dr. Rolfsen has provided. When his mother’s caregivers noticed a problem with her health in 2006, one of her caregivers called Dr. Rolfsen after-hours. The physician made a house call, provided treatment and made an appointment for a follow-up visit the next day.

“The man’s heart is in his work, and I’ve found that every doctor I’ve dealt with at the Clinic approaches their work the same way,” Blache said.

Robert Ritter said his experience has been similar. Ritter has been a Baton Rouge Clinic patient for more than a decade. Dr. Richard Lieux is his primary care physician and he has seen other physicians at the Clinic for more specialized treatment.

“I always think the great physicians treat the person with the disease, and that has been my experience at the Clinic,” Ritter said. “The doctors I have dealt with show a lot of compassion and empathy and confidence.”

Ritter also appreciates that he can receive nearly any type of health care he needs in one location, instead of having to travel to multiple medical facilities for tests and treatment.

“When you look across the breadth of the Clinic, they can deal with almost anything that comes up,” Ritter said. “I think that speaks to its efficiency and competence. The Baton Rouge Clinic is a comprehensive health care center. You can have confidence that they can meet your needs.”

Felton Albert has so much confidence in The Baton Rouge Clinic that he continues to travel there for routine visits every few months, even though he now lives in New Orleans. His relationship with the Clinic began in the mid-2000’s when he began bringing his wife for treatment. Although she has since passed away, Albert said the care shown by the Clinic’s staff, particularly Dr. Lara Falcon, remains top of mind.

“I’ve never been a sickly person, but I started going there when I saw how they treated my wife,” Albert said. “I have no reason to stop going, even though it’s a 75-mile distance now. Dr. Falcon is serious about her work and serious about your health, plus she is as sweet as she can be.”

Albert added that he appreciates the Clinic’s efficiency and smooth operations, which makes his trips to Baton Rouge easier to manage.

“When you go there for tests or anything, they are on top of it,” he said. “They really enjoy helping you. When someone is trying to help me, it makes me feel better, no matter how bad I might feel. I’ve never had one negative thing to say about anybody there.”

For the Holmes family of Baton Rouge, the Clinic is a way of life. Matthew Holmes is a patient there, with Dr. Codey Fontenot serving as his primary care physician. His wife, Dr. Christina Holmes, is a Clinic pediatrician and patient. The Holmes’ two children see a pediatrician at the Clinic, Dr. Ronnie Bombet, while Matthew’s parents and grandparents are also longtime Clinic patients.

“The care we’ve received there over the years has been second to none,” Holmes said. “One of the things we appreciate is having everything under one roof. It’s convenient to not have to run all over town to get tests or blood work or anything else. It’s all at the Clinic.”

That has also impressed Holmes’ grandmother, Rosemary Gerald, who began going to the Clinic when it was on North 19th Street and she was in her 20’s. Although the Clinic has changed locations and added hundreds of physicians since then, Gerald said the smoothness of operations has remained unchanged.

“They have just about every specialist, so you don’t have to go to other places,” Gerald said. “I’ve always been very pleased. I’ve never been disappointed with anybody I have had to see over the years. We have four generations in the family that have gone to the Clinic and I’ve never heard anybody in our family complain. They seem to have the best of the best in terms of doctors. I feel very confident in them.”

Gerald said she was especially impressed with the communication among physicians, both those at the Clinic and elsewhere, after she had heart surgery last year.

“The Clinic had access to my heart surgeon’s records, so they were able to see firsthand what had been done,” she said. “It takes the burden off of the patient. I’m pleased that everything is in one spot so I don’t have to keep all of the records myself.”

Holmes said he also appreciates that Clinic physicians and staff are involved community members. He and his family often run into them at restaurants, grocery stores, kids’ activities, sporting events and more.

“It’s a big deal to me that they are our friends and neighbors who are local and not part of a huge conglomerate,” Holmes said. “There’s a good line of communication and that means a lot to us as well.”

The Baton Rouge Clinic is celebrating its 75th anniversary this year. The main campus is located at 7373 Perkins Road. For more information, visit www.batonrougeclinic.com or call 225-769-4044.