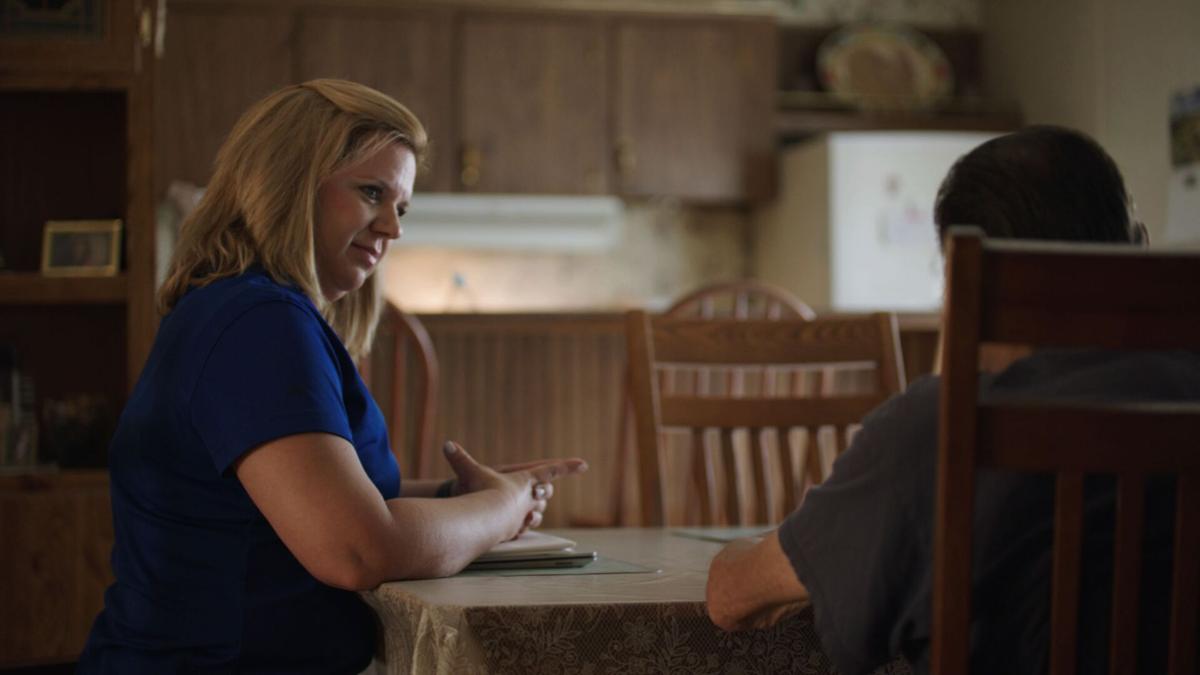 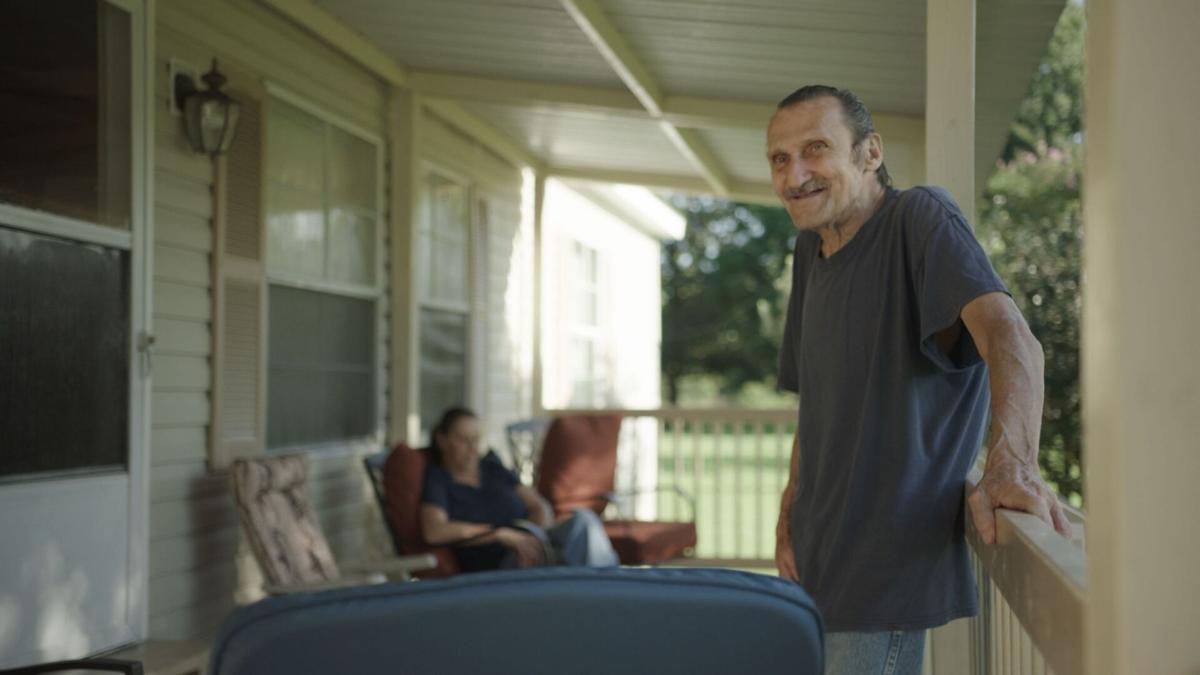 At his sister’s home, Jimmy Davis reflects on his identity theft experience and how Blue Cross assisted him.

This article is brought to you by Blue Cross and Blue Shield of Louisiana.

When Jimmy Davis presented his Blue Cross and Blue Shield of Louisiana card at a health care facility ahead of a medical procedure, he was stunned at the response. Unbeknownst to him, he no longer had Blue Cross coverage.

With a bit of research, Davis, a Blue Cross Medicare plan member, learned that his identity had been stolen. He is not alone. Approximately 2.5 million senior citizens in the United States are victims of such crimes each year, said Mike Bertaut, a health care economist with Blue Cross.

Davis reached out to his Blue Cross agent, who immediately started working with him and others with the insurer to resolve the problem. She made multiple in-person visits to Davis and navigated the paperwork process to ensure his Blue Cross coverage was fully restored and he could receive the medical treatment he needed in a timely fashion.

“I was very proud of how we handled it,” Bertaut said. “His agent was incredibly caring and empathetic and smart, as are all of our agents here. But it has certainly made me realize that there are a lot of people who end up in the same situation.”

At Blue Cross, a dedicated fraud department is focused entirely on helping people like Davis get the medical coverage they pay for and need. Kandyce Cowart, manager of special investigations for Blue Cross, said there are some common tactics that scam artists use to try to take advantage of people.

“A sense of urgency is something we see a lot,” Cowart said. “They’re telling people that they have to take action now or they will lose out. Many times, they are asking for financial information or money. They say they need money right now. It’s all about making people feel they have to do something right away.”

Alice Sibley, an intelligence analyst with the FBI New Orleans office, said some scammers may ask for a person’s Medicare or health insurance information, which can create a false sense of security since they are not asking for direct financial information. However, Sibley noted the consequences could be just as significant even if the person does not give out their banking details.

“If someone calls and asks for your Medicare or insurance number, they are looking to make money off of it,” Sibley said. “If you are paying for that, you want to be able to receive those benefits. You don’t want someone else to bill that account for testing now and it’s not available to you when you need it.”

Cowart said many fraudsters will say they are calling from a doctor’s office or health insurer in order to create a sense of trust and familiarity. If someone receives such a call unsolicited, Cowart said they should feel free to hang up and verify the person’s identity before sharing any information.

“Don’t be afraid to be rude,” she said. “If you don’t know the person and they are trying to engage in a conversation about your health care or your finances, it’s okay to hang up or walk away without sharing anything.”

Chad Jarrell, an intelligence analyst with the FBI New Orleans office, said some schemes also involve offering medical tests or screenings that may be unwarranted.

“People want to remain healthy, especially when they are elderly, so it’s all about making them feel their health is at risk and they need to do something if they want to live longer,” Jarrell said. “Fear is something we see a lot – a fear of missing out if they don’t have this test.”

At Blue Cross, protecting members is the top priority. The insurer has a dedicated team to address fraud, waste and abuse, and they will step in to help members who report these issues. If a Blue Cross member feels they have fallen victim to a scam, Cowart said they should immediately call the fraud help line at 1-800-392-9249.

“The first thing we try to do is learn everything we can about the conversation, including what the caller asked for and what was provided,” Cowart said. “There are phone calls we can make right away on the line together to put blocks in place. Once we have that information, our next steps depend on what happened. We normally will look for claims and see where we were billed and the referring physician, then work through the paperwork to get the full story.”

Davis worked with Blue Cross to make a video about his story to let others know how they can get help. It can be seen here.

Jarrell said fraud can also be reported to the FBI at 1-800-CALL-FBI. The hotline is staffed 24 hours a day, seven days a week, and all complaints are documented and addressed accordingly. They are then assigned to an FBI agent or analyst for review and a fact-finding process.

“Someone will answer and speak to them,” Jarrell said. “If they have given bank information, they should reach out to their bank to put a hold on their accounts. There are things people can do to limit their exposure, but they have to report it to the appropriate authorities for that to occur.”

Sibley noted that Medicare members can also report fraud by calling 1-800-MEDICARE or going online to fraud.ftc.gov, which connects to the Federal Trade Commission. 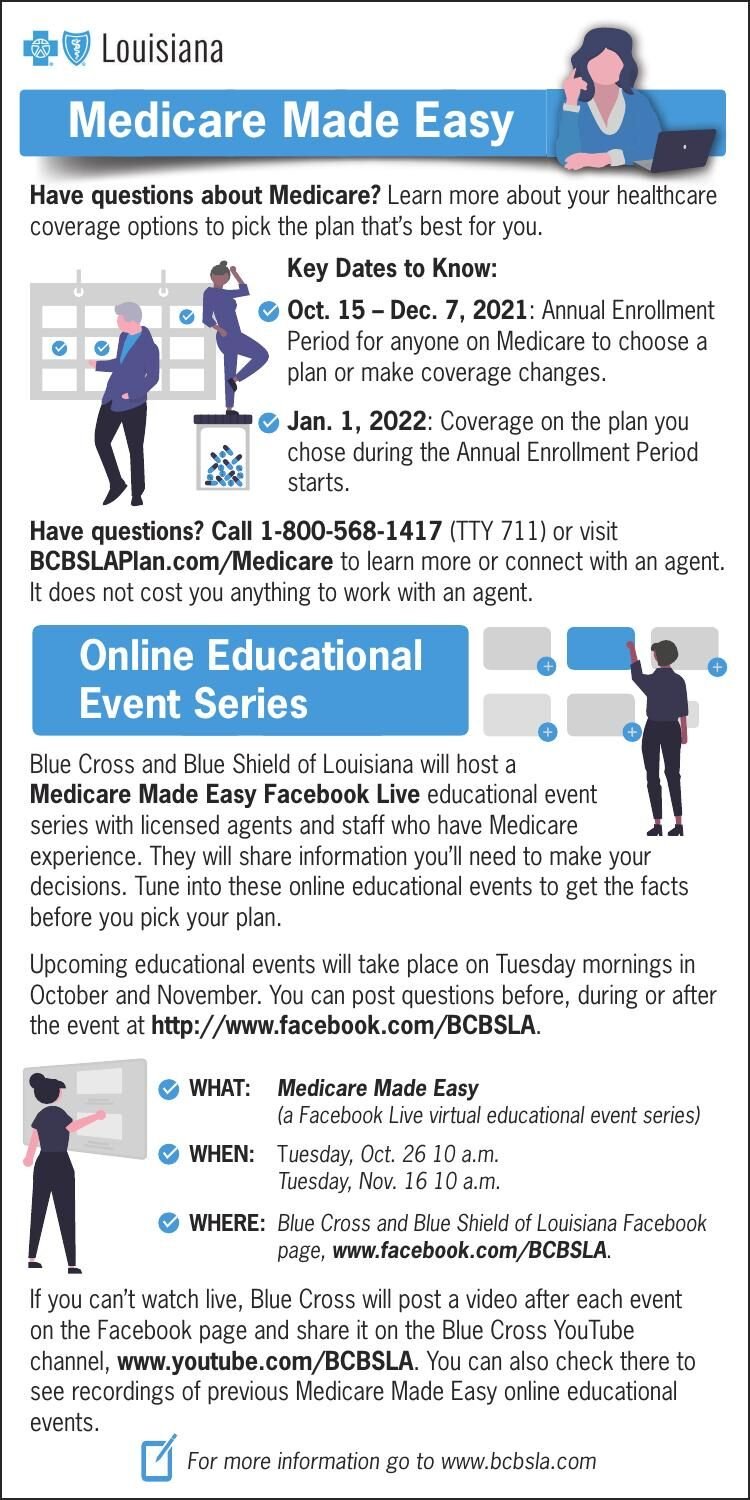 Although some people may be embarrassed or scared to report fraud, Bertaut said it is vital to do so to ensure a person continues to receive the health treatment he or she needs.

“Nobody is going to think less of you,” Bertaut said. “If you want to see Blue Cross jump into action, let us know your identity was stolen or somebody switched your plan without your knowledge. Our agents are on those reports immediately and they do not stop until it is resolved.”

If you’re interested in becoming a Blue Cross member or learning more about protecting yourself with Blue Cross Medicare plans, please call 1-800-568-1417 (TTY 711) or visit bcbslaplan.com/Medicare.